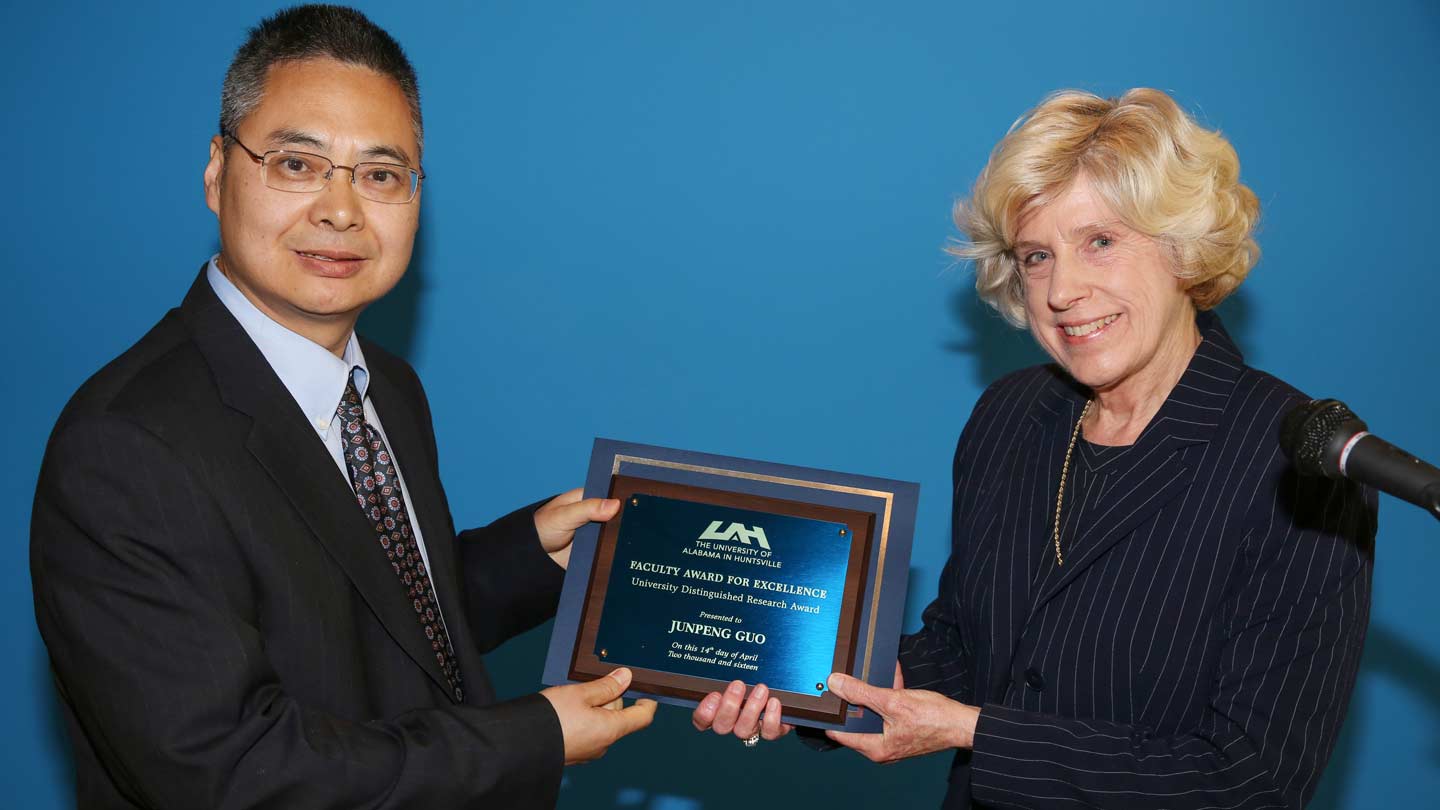 On Thursday, April 14, The University of Alabama in Huntsville (UAH) hosted a faculty awards ceremony in the Bevill Conference Center to recognize the contributions of the university's faculty members and researchers.

"Each year, UAH recognizes faculty who have achieved at particularly high levels in teaching and research," says Dr. Christine Curtis, provost and executive vice president for academic affairs, who explains that the event honors both faculty who have received external awards and those whom their UAH colleagues identify as being best among peers in teaching and research. The latter includes the university outstanding teaching award, the university outstanding research award, and the outstanding researcher from the research centers. Each college also gives an award to the faculty member who has had best performance in teaching, research, and service for the year.

"The faculty and researchers at UAH are exemplary in their teaching and research," she says. "They are dedicated to their students, instilling in them the desire to learn and inspiring them to perform to the best of their abilities. Our faculty and researchers conduct world-class research, discovering new knowledge and solving complex problems that address many of our nation's challenges."

The ceremony began with a welcome address from Dr. Robert Altenkirch, UAH president. Dr. Curtis then presented faculty awards on behalf of the Provost's Office to the following recipients:

Also on behalf of the Provost's Office, associate provost Dr. Brent Wren presented the outstanding faculty awards on behalf of each college to the following recipients:

Those faculty members who were promoted and tenured in 2016 were recognized as well, and included the following:

The Research Center awards were presented by the vice president for research and economic development, Dr. Ray Vaughn, to the following recipients:

Wall plaques for these patents will be on display outside the UAH Office of Technology Commercialization (OTC) in Von Braun Research Hall Room E39.

"One measure of taxpayers' return on investment in UAH is the number of resulting innovations that are patented," says Kannan Grant, OTC director. "We at UAH are well on our way to providing a healthy return in terms of a robust innovation ecosystem that has resulted in many patents."

He adds that these patent awards are "small tokens of appreciation for UAH's innovators," whose hard work has resulted in issued patents. "The OTC also works hard toward having these patents become a foundation for new products," he says, "either by partnering with existing companies or with new startup companies that will take the innovations to the marketplace."

The ceremony concluded with recognition of and appreciation for the various committees involved in both the selection and review of award nominees and recipients, and those who assisted with the university's recent reaffirmation review by the Southern Association of Colleges and Schools Commission on Colleges. 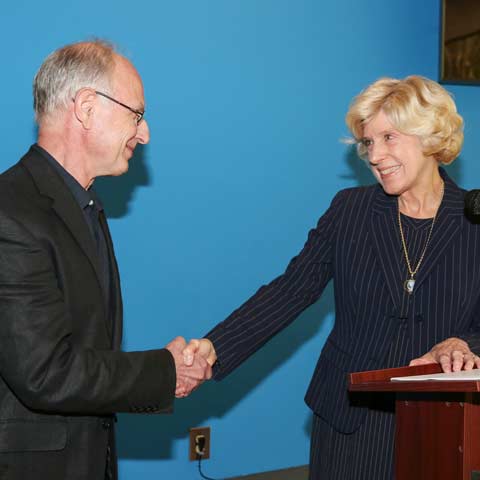 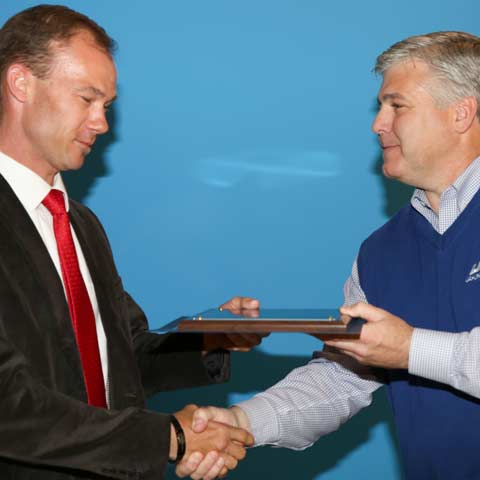 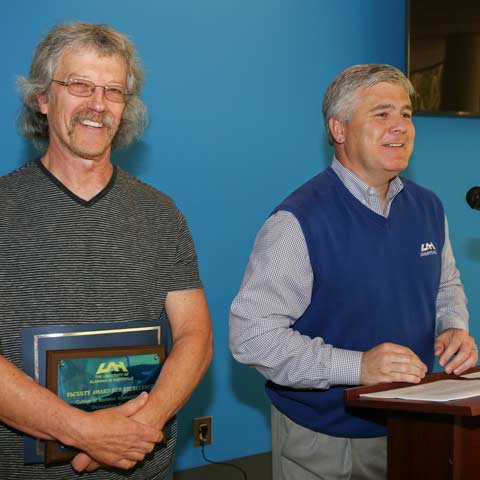 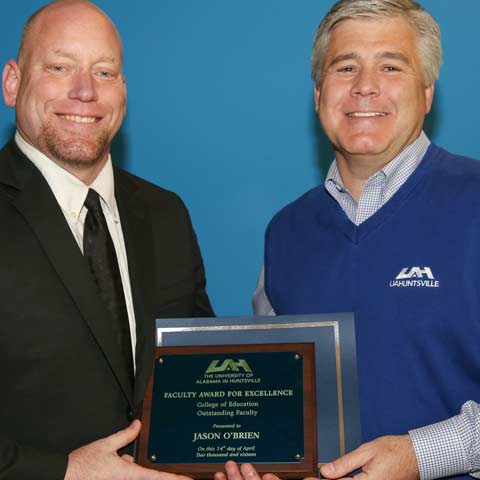 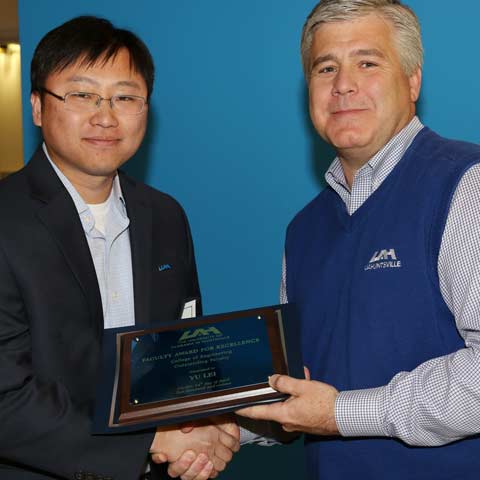 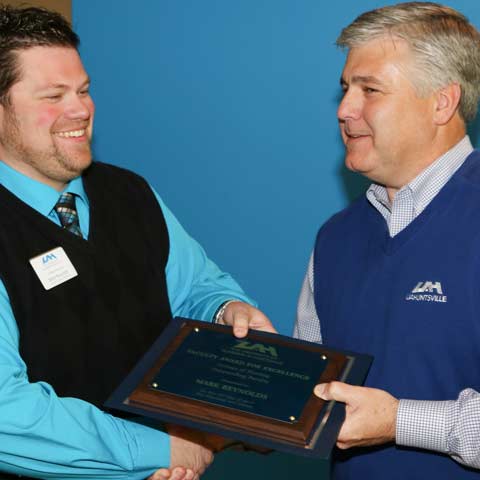 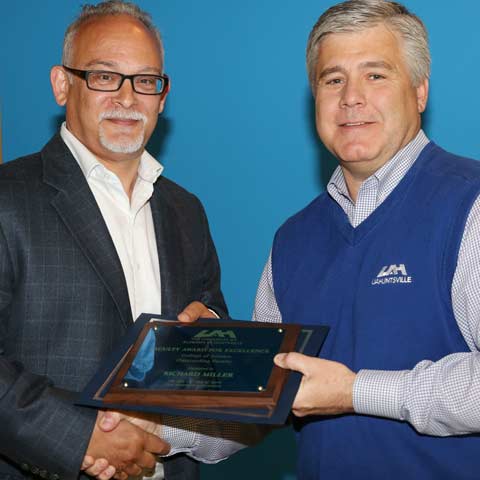 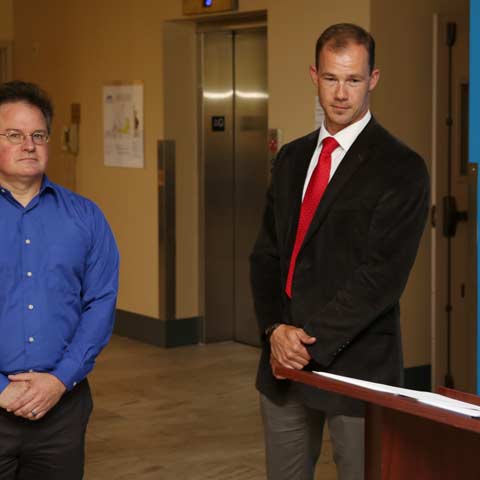 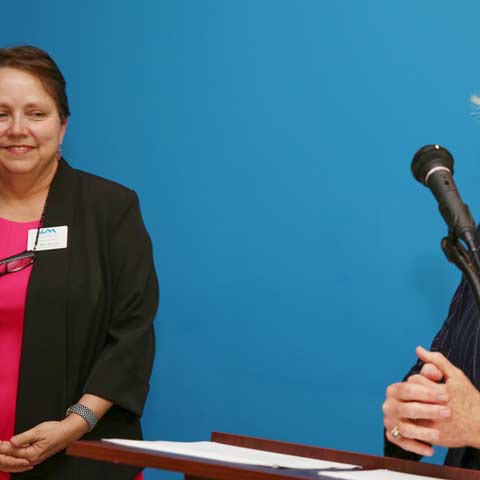 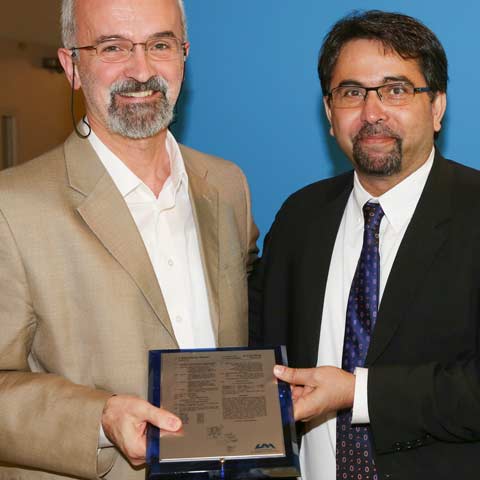 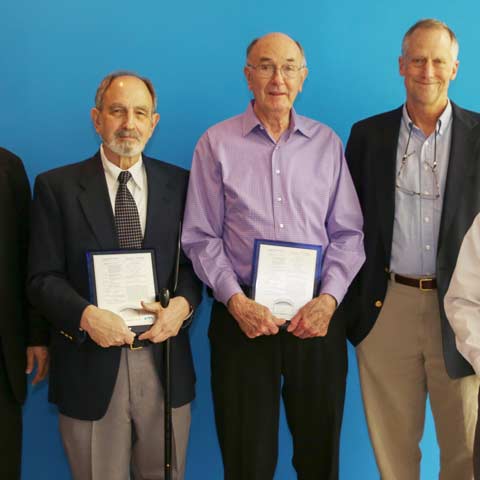 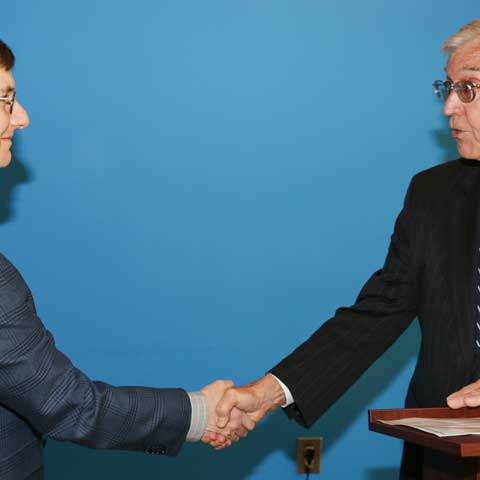 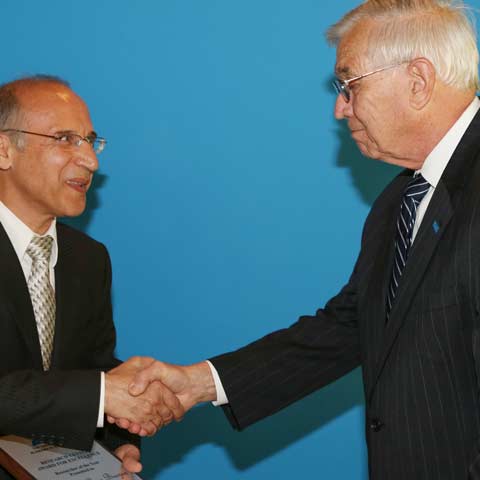 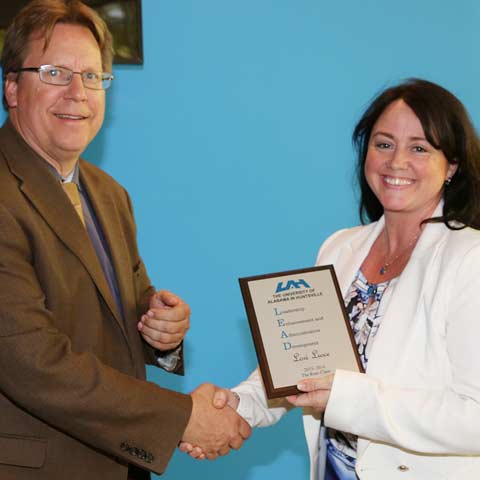 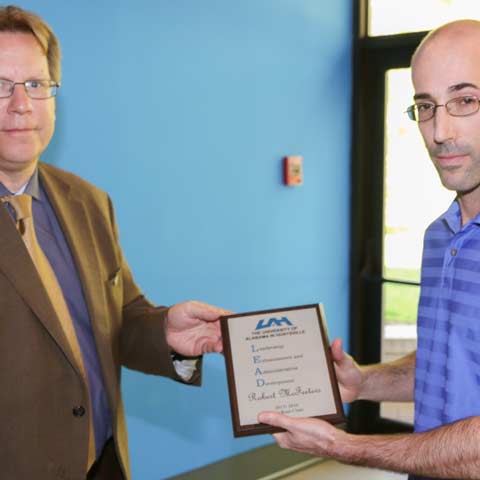 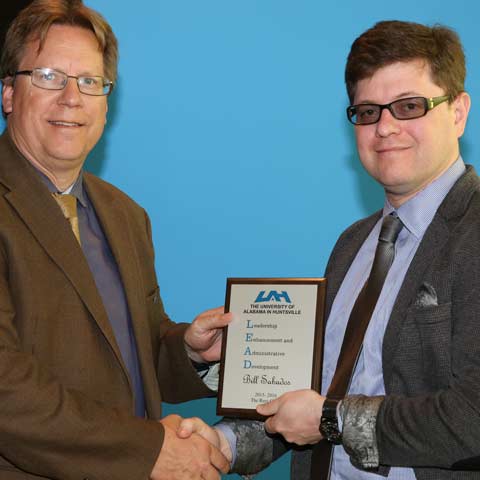 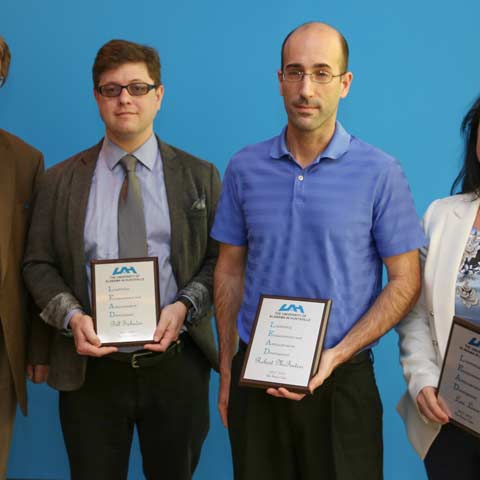 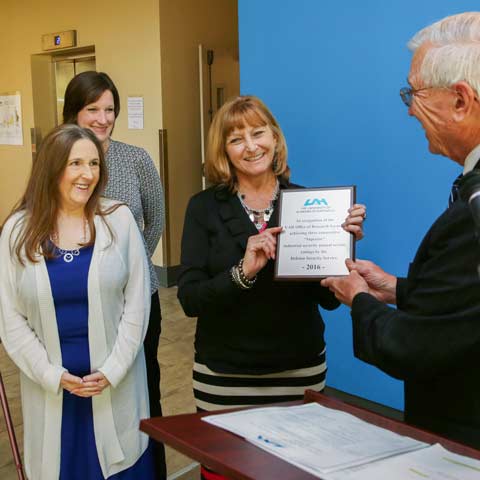