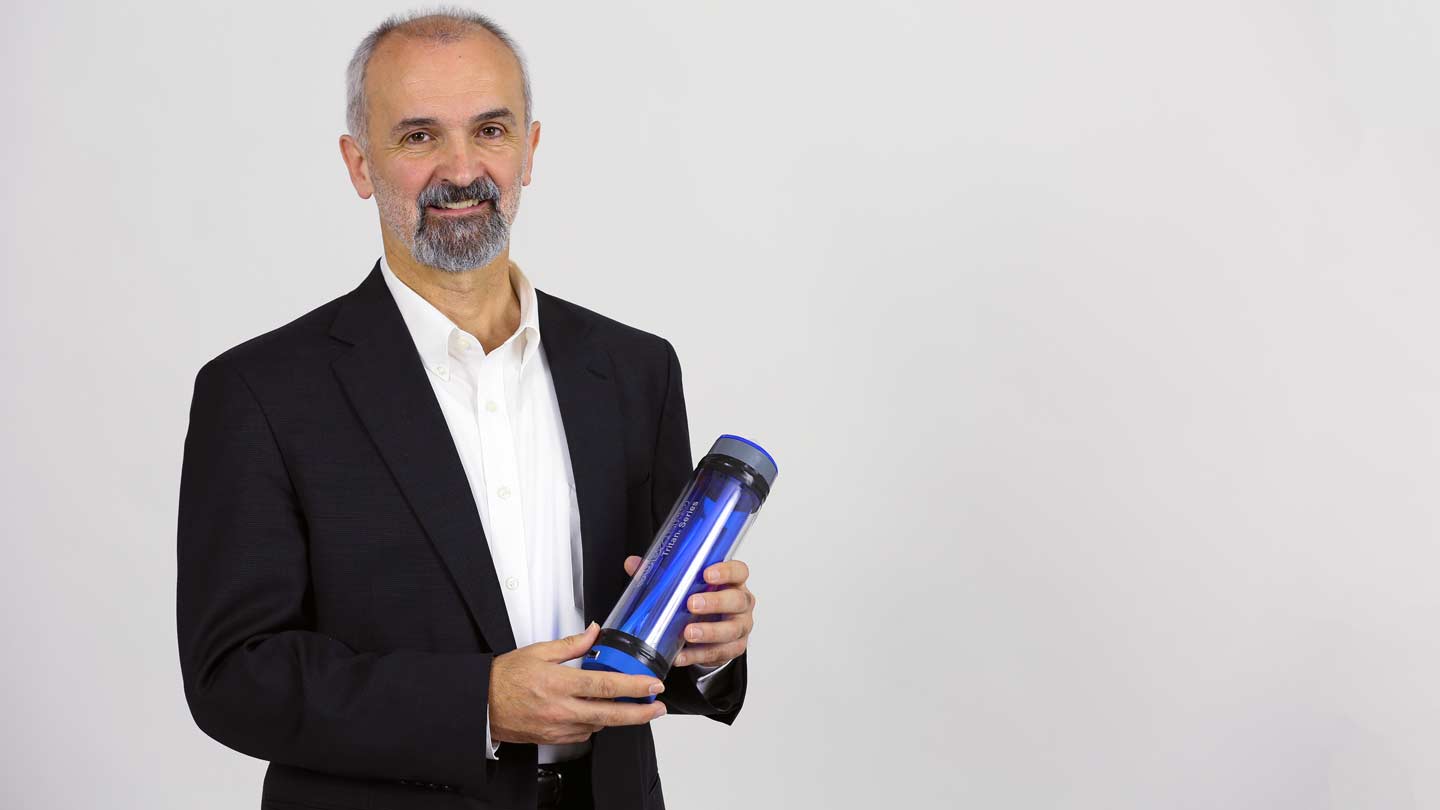 A Huntsville-based company set up by a University of Alabama in Huntsville (UAH) electrical and computer engineering associate professor to support a smart water bottle invention has advanced to the final round in Alabama Launchpad Start-Up Competition.

euHydrate LLC, formed by Dr. Emil Jovanov, has passed Launchpad's market assessment phase to enter the final round. Launchpad promotes and rewards high-growth, innovative startups from across Alabama that are new, innovative ventures in the seed or early-growth stages, or existing businesses moving into a new high-growth market.

Currently in the patent application process, the smart water bottle has electronic sensors to make it easy for users and medical personnel to track the amount of fluids consumed in a day. The information is automatically transmitted via the cloud to a smartphone or care facility network.

Jovanov earned Alabama Inventor of the Year honors last year for a smart pill bottle that can monitor the medication compliance of patients by tracking the number of pills taken and when they were consumed. The information can then be uploaded to the cloud, where medical personnel can track patient compliance. That device was licensed by a New York startup called AdhereTech, which is testing, developing and producing that technology.