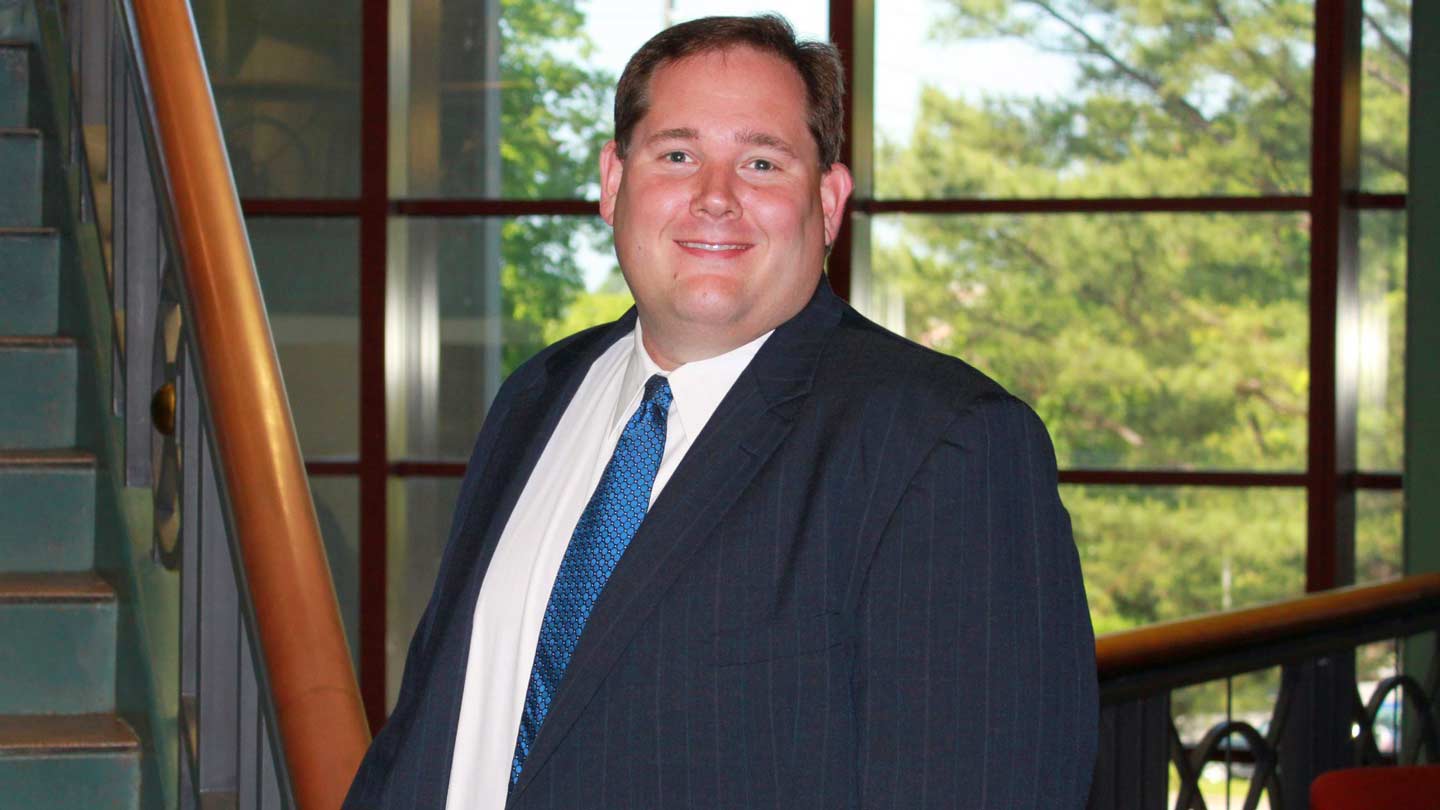 Who you know can be just as important as what you know when it comes to success in business. That's why Dr. William MacKenzie is helping business majors at The University of Alabama in Huntsville (UAH) make the connections they need with the College of Business Executive Scholars Mentoring Program, which pairs high-achieving students with the city's business leaders.

"We know our students will be successful, but we want to make them more successful faster - that's my goal," says Dr. MacKenzie, an assistant professor of management. "I have no doubt they'll each get a great job and do great things over the course of their career, but I want them to be able to hit the ground running when they graduate."

The idea for the program originally sprang from a meeting with Andrew Shambarger, Market President for BB&T in Huntsville and a longtime supporter of the College's Career Development Series. "We went to lunch and brainstormed about programs and ideas," he says, "and Drew talked about his experiences with mentoring programs."

Using that as a framework, MacKenzie then drew up the details for the UAH program. "I can't tell you how important the selection process was," he says. "When you're dealing with presidents and CEOs, it's hard to get time on their calendar. So we looked for people in good positions who also had the heart of a teacher and who wanted a relationship with the students."

As for the students, he continues, the focus was on the "best and brightest." They could be either undergraduates or graduates in the College of Business Administration, but they would have to be nominated by a faculty member, have exhibited strong academic performance, and be at least a sophomore or 12 months from graduation. Those nominated, in turn, would need to complete a short application with their career goals and aspirations.

It’s challenging them to think through different aspects of the industry and not just choose a career because it has a cool title, but because it’s a good fit.

Eventually, fourteen matches were made. Dr. MacKenzie held an initial training session for the students - "we talked about managing impressions and how to maximize their mentoring experience" - and soon after the program launched. "We had a kick-off breakfast this past November where we introduced the students and mentors," he says. "We gave them about 45 minutes to talk one on one."

He also provided each pair with "some broad ideas" of what they might cover in the ensuing months, but left the details purposely vague. "We wanted it to be dynamic and up to whatever the pair decided benefits the students most," he says. "So the only requirements were that the mentor had to be a leader in the community and available to meet with the student once a month, and that at least half the meetings had to be face to face."

Thus far, it's proving to be an effective approach. "From most of the feedback I've gotten, it sounds like we've been really successful," says Dr. MacKenzie. Indeed, at the very least it's getting the word out about UAH and its high-quality business graduates. "We're creating connections between the College and the community, and letting business leaders know the caliber of our students."

And at most it's giving a handful of lucky students an unparalleled glimpse into what their future holds. "They're meeting formally and informally with someone they would not normally be able to connect with," says Dr. MacKenzie. "It's challenging them to think through different aspects of the industry and not just choose a career because it has a cool title, but because it's a good fit."

That's the hope, at any rate, though he knows that ultimately only time will tell. "We can assess things now, like the students' reaction to the program, but in terms of real results we won't know for a few years," he says. Thus, even as he prepares for the next round of match ups, he's still planning to keep tabs on this year's participants long after they graduate from UAH.

"With or without this program, I know they'll do great," says Dr. MacKenzie. "But I feel a sense of ownership here and I'm very invested in seeing how it all turns out for them. As much as they'll let me, I'll stay in contact!"