Two of UAH’s own honored as “Educators of the Year” 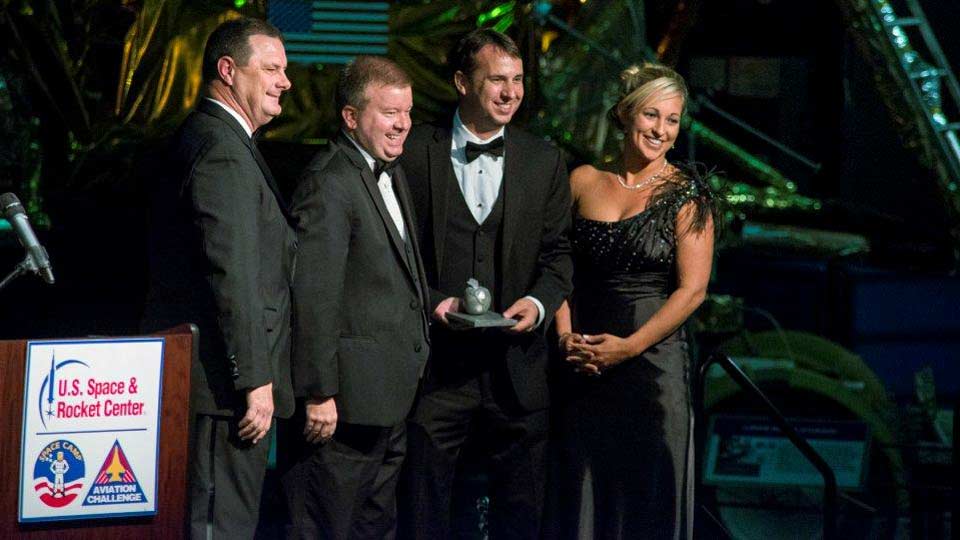 Drs. P.J. Benfield and Matt Turner received the 2014 “Educator of the Year” award from the National Space Club – Huntsville.

Drs. P.J. Benfield and Matt Turner both received the National Space Club - Huntsville's 2014 "Educator of the Year" award, which honors those who have made an outstanding contribution at the K-12 level in the area of science, technology, engineering, and math (STEM). But unlike the majority of past recipients, the two men are not teachers. Rather, they are the founders of the Innovative System Project for the Increased Recruitment of Emerging STEM Students (InSPIRESS).

An outreach program based at The University of Alabama in Huntsville (UAH), InSPIRESS is designed to counteract the high attrition rate among undergraduate engineering students by showing high school students how upper-level science and math are used to solve real-world engineering challenges. "Our theory was that if they could see the application, they wouldn't drop out," says Dr. Benfield. "So for them it's learning what college is about and what to prepare for."

The pair hatched the idea for the program over lunch - "at Arby's," says Dr. Turner with a laugh - about six years ago. But their relationship dates back more than two decades, when the two were UAH freshman in the same chemistry class taught by Dr. Clyde Riley. Both went on to not only earn their bachelor's degree from UAH, but their master's and Ph.D. as well. "We're like ultra-alumni because we have every degree from here!" says Dr. Benfield.

Soon after graduation, they landed research positions on campus, working in Von Braun Research Hall (VBRH) on interplanetary robotic science missions for NASA's Marshall Space Flight Center (MSFC) and teaching the Integrated Product Team (IPT) senior design class. "We thought, why can't we take what we're doing for NASA down a notch and simulate it in the class?" says Dr. Turner. "So we changed how IPT works - the UAH students would become the spacecraft designers and the high school students would design the payload for the mission - and we came up with InSPIRESS." 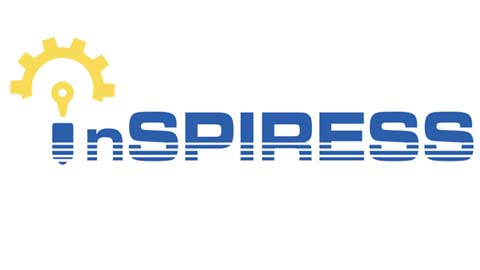 They started off with just 27 students in two local high schools that first year. But it's grown "by leaps and bounds" since then, says Dr. Benfield, now reaching close to 500 students in 22 high schools. It's also become a full-time job. They still have other duties - both are principle research engineers at UAH's Center for Modeling, Simulation, and Analysis, with Dr. Benfield serving as the Center's deputy director - but the bulk of their time is spent on maximizing the impact that InSPIRESS currently has and figuring out how to increase it going forward.

The pair has even considered taking InSPIRESS to the national level. But given that a huge part of the program's appeal is that "UAH comes to them," says Dr. Benfield, they are limited by just how much two people can accomplish no matter how many extra hours they both put in. "We used to go to the high schools once a week to take students through the process, interact with them, and answer questions," says Dr. Turner. "But as it's grown, that's been hard to maintain."

There's also the challenge of funding. InSPIRESS is sponsored by the NASA Discovery and New Frontiers Program Office at MSFC, and there's no sign of that coming to an end anytime soon. "Matt and P.J. do an amazing job, making this project a home run for us," says Brian Mitchell, Education and Public Outreach Manager. "Not only does it inspire students through project management and inform the general public through its community engagement activities, but it also provides valuable, early experience in bridging the gap between the science and engineering professions."

We tell the students, ‘You’re going to design a payload going on a spacecraft to Europa,’ and we walk them through it and they do it. And they realize, I can go to college. I can major in science or math or engineering.

Nevertheless, the program-related expenses that are not covered by NASA can still add up. These include everything from mission patches and trophies to end-of-semester banquets and even a trip to Washington, D.C. for two students from each winning high school team - all of which makes the awards that the pair receive, like this most recent "Educator of the Year" one, more than just a token appreciation of their hard work.

"Awards help us get our name out there, and it's because of them that we have companies wanting to give us funding," says Dr. Benfield, who also received Sci-Quest's "Quest for Excellence" award in 2010. Thus far, they've received support from such local industry partners as Boeing, Draper Labs, and Northrup Grumman, just to name a few. As for the $500 check they received along with the "Educator of the Year" award? "We donated it back to the program," he says laughing. "We give so much to it, why not give that back too?"

They may joke about it, but they do so knowing they've created something special - both for themselves and the students whose lives they've changed. "It's hard work, but InSPIRESS is very rewarding," says Dr. Turner. "We tell the students, 'You're going to design a payload going on a spacecraft to Europa,' and we walk them through it and they do it. And they realize, I can go to college. I can major in science or math or engineering."