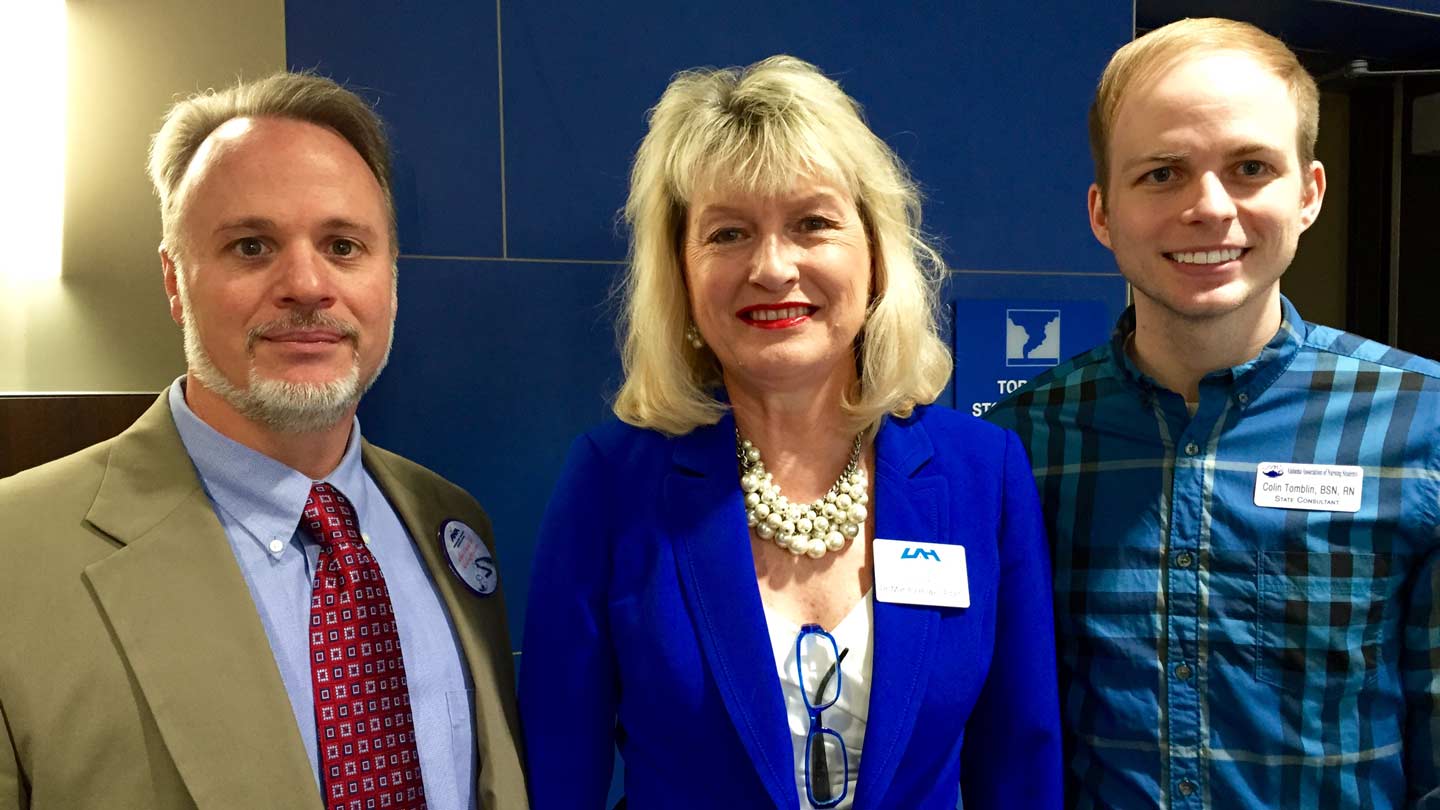 The Alabama Association of Nursing Students (AANS), a state constituent chapter of the National Student Nurses' Association (NSNA), presented its first-ever Student Nurses Leadership Summit from 9 a.m. to 3 p.m. on Saturday, March 14. The event, whose theme was "Nurses Lead by Example," was hosted by the College of Nursing at The University of Alabama in Huntsville (UAH).

Clinical assistant professor Mark Reynolds, who serves as the state consultant for the AANS, says the impetus for the summit came from the association's executive board. "They wanted to a hold an event that would encourage leadership within the association and the profession of nursing," he explains. "And since the majority of the board members are students at UAH, we decided to seek approval to use the Nursing Building as the venue."

Nearly four-dozen pre-licensure nursing students from across the state - as well as several high school students interested in nursing - attended the event, which included interactive workshops, networking opportunities, and vendors. AANS also sponsored a $250 scholarship, which was awarded to a nursing student from Gadsden State Community College. 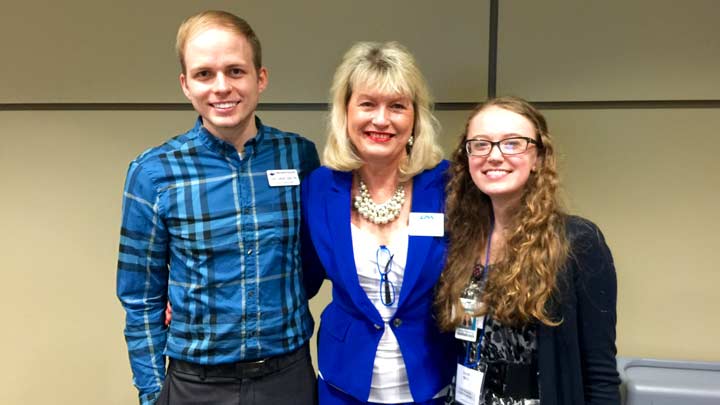 But the majority of the day was allotted to presentations by guest speakers. Current president of the Alabama State Nurses Association (ASNA), Brian Buchmann, addressed the importance of leadership. Others, like UAH faculty members Dr. Lenora Smith, Lindsay Bridges, and Reynolds himself, spoke about ethics, professionalism, and how the next generation of nurses can contribute meaningfully to the field.

"It was an honor and privilege for the College of Nursing to host the first AANS Leadership Conference in our new building," says Marsha Adams, Dean of the College of Nursing. "This group of students has a demonstrated desire to learn about leadership, and with this event, they have made an investment in their future as leaders in nursing."

The success of summit, which is slated to be held annually, comes as no surprise to Reynolds given the emphasis that UAH's nursing students place on the importance of membership in professional organizations. "The UAH College of Nursing Association of Nursing Students (ANS), which is an official constituent of both the AANS and the NSNA, has a membership of 125," says Reynolds, who is the ANS faculty advisor.

The College is also well represented on the AANS executive board, with student members holding the office of president, vice president, treasurer, breakthrough to nursing director, communications director, and director north. More than just resume builders, however, Reynolds says these organizations are key to the students' future success as healthcare providers. "They encourage leadership and they foster the professional development of nursing students."