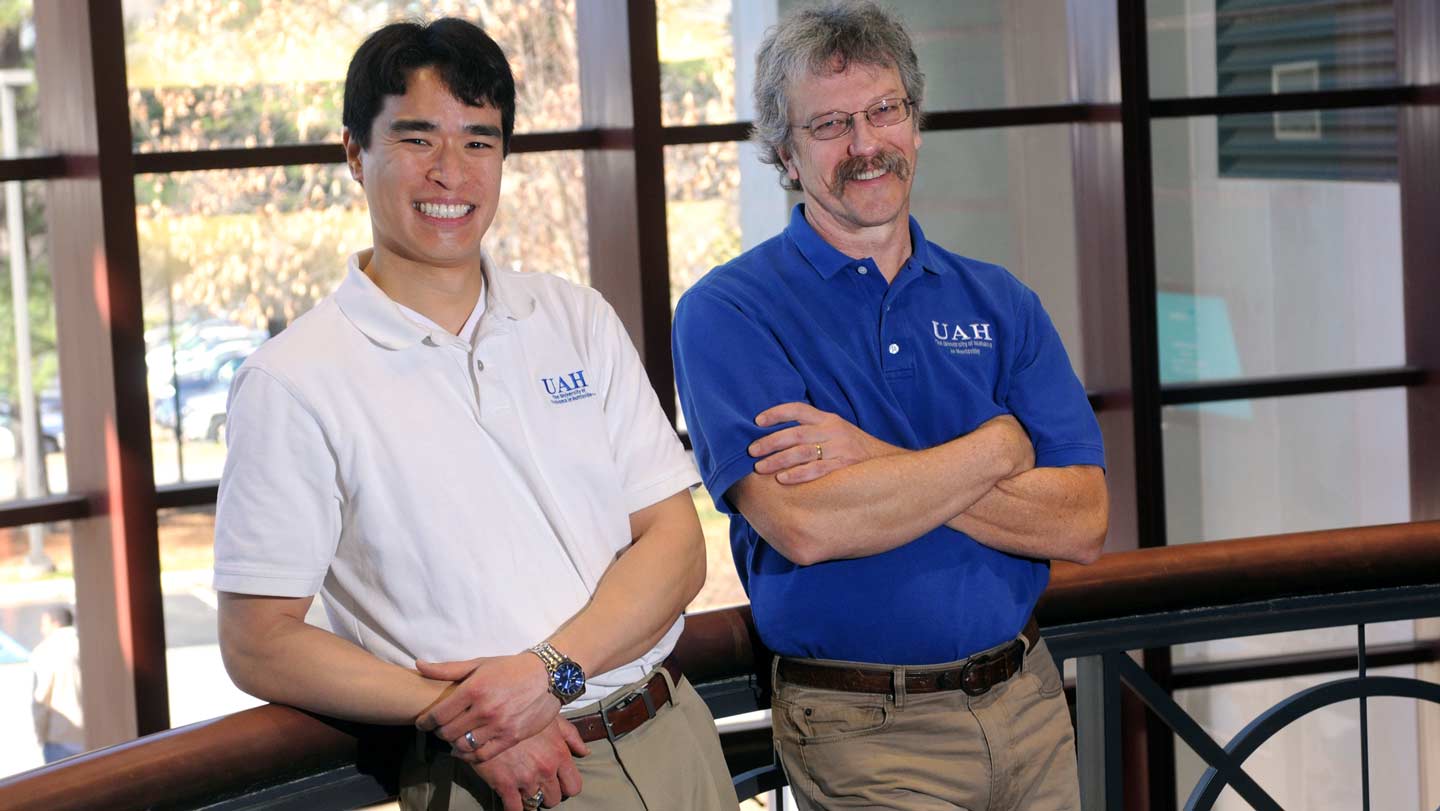 Drs. Eric Fong and Al Wilhite will present their paper, “Authorship and Citation Manipulation in Academic Research,” at the 4th World Conference on Research Integrity in Rio de Janeiro, Brazil.

In today's highly competitive world, everyone wants to get ahead. But at what cost? That's the question Dr. Eric Fong, associate professor of management at The University of Alabama in Huntsville (UAH), had to ask himself at a pivotal time in his academic career.

"It's publish or perish, so I had submitted a couple of articles to a couple of journals," he says, recalling his early years as a newly minted Ph.D. "But when I received the reviews, the editors had asked me to do something of questionable ethics. They had asked me to add citations from those journals to my paper for no reason."

His confusion was only compounded by the fact that both journals were reputable. Perhaps, he thought, this was a common practice and he simply wasn't aware of it as a relative newcomer to academia. He decided to seek the advice of his College of Business Administration colleague and veteran professor Dr. Allen "Al" Wilhite.

It’s uncomfortably common, and editors do target manuscripts with fewer authors and with lower-ranked authors.

"I'd never heard of it," says Dr. Wilhite, who by then had been publishing for 20 years. "It was jaw dropping!" The two then asked other members of the College if they'd ever had a similar experience. "We ran into a couple of people who said, 'It happens,' but almost everyone else reacted like I did."

Nevertheless, the fact remained that for Dr. Fong to be able to publish his articles - and in turn become tenured - he would have to acquiesce to the editors' demands. "I did what they asked at the time," he says, "but I said, after I earn tenure, I'm going to study this." And one year later, that's exactly what he and Dr. Wilhite did.

The project began with a survey. "We knew we'd need to write a compelling one, because we were asking really sensitive stuff," he says. It also had to be short. "If a survey is too long, respondents lose interest, so you have to keep thinking about what you are trying to get the answer to without asking extra questions."

"We predicted that the editors knew they were doing something unethical, so if they were going to ask someone, they'd be more likely to ask an assistant professor than a full professor," says Dr. Fong. The same, they believed, applied to a single author over a group. "As the group gets larger, you're advertising it to more people."

The survey was then emailed to 50,000 people in the fields of business and social sciences. "There was work involved in getting that list!" says Dr. Wilhite with a laugh. But it was worth it. Within a half-dozen months, they had over 6,000 replies - an impressive response rate that yielded more than enough data to validate the pair's hypotheses.

"We nailed every single one," he says. "It's uncomfortably common, and editors do target manuscripts with fewer authors and with lower-ranked authors." There's also a difference across disciplines, adds Dr. Fong. "Business journals do it more often, while the social science ones do it less." 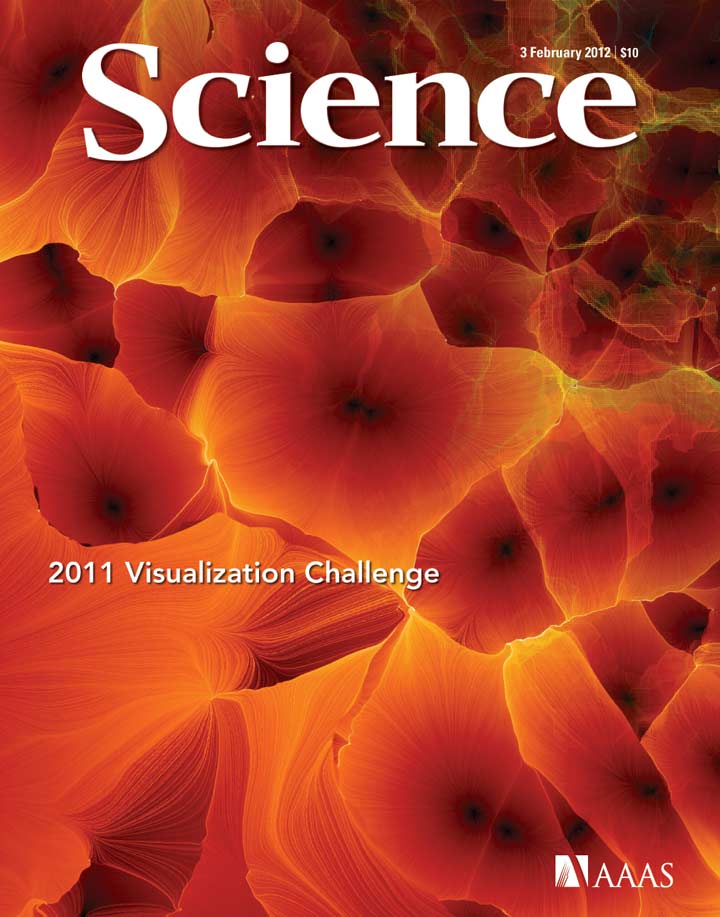 The only thing left to do was share their findings. They submitted their coauthored paper, "Coercive Citation in Academic Publishing," to the highly respected journal Science - "they were tough on us to make sure all of our statistics were correct," says Dr. Wilhite - and it was published soon after.

"There was quite a response!" he says. "I think there was an awakening. There were letters to the editor of Science. We got comments from people we knew in the past who we hadn't seen in forever. One journal we named emailed and said they'd had an editorship turnover and it stops with the new one."

Encouraged by the reaction, Drs. Fong and Wilhite began planning an expansion. "We'd talked to people in business and the social sciences," says Dr. Wilhite, "but what about the rest of the world?" So they pulled together a follow-up survey for academicians in the hard sciences, using some questions from the original and adding others about another unethical practice they'd come across.

"In editorials, we saw something that came up called honorary or gratuitous authorship," he says, explaining that authors are sometimes added to scholarly articles without meeting the established criteria for authorship. "It's all academic research hanky-panky, so we thought, let's go ahead and ask them about that at the same time."

The second survey ended up going to 100,000 people, and like the first, generated thousands of responses. This time, though, Drs. Fong and Wilhite were able to afford the additional help needed to go through them with a $212,000 grant from the Office of Research Integrity of the U.S. Department of Health and Human Services. "They enjoyed it - and they were good!" says Dr. Wilhite of the UAH students they hired.

As for the results? They have yet to be published. Instead, Dr. Fong will share them in a presentation entitled "Authorship and Citation Manipulation in Academic Research," which he plans to give in late May at the 4th World Conference on Research Integrity in Rio de Janeiro, Brazil.

"One of the benefits of going to Brazil is that we'll get feedback from experts who are there," says Dr. Fong. "There could be new ideas generated or people could make suggestions that could lead to a third study." Adds Dr. Wilhite, "this is the target audience so they'll have insights."

In the meantime, the pair has already proposed solutions, among them encouraging junior faculty to speak up when they're being coerced and reducing reliance on the impact factor used to rate journals. "The impact factor measures how many times your journal is cited and includes how many times your journal cites itself," says Dr. Fong, "so that's an incentive for the editors to coerce."

Whether it will ultimately add up to a sea change in academic publishing, however, remains to be seen. The real responsibility lies with the editors themselves, over whom Dr. Wilhite points out, "we don't have any authority." All that can be done by anyone else is to keep the issue in the limelight - which is exactly what these two intrepid researchers plan to do.

"You point out when things are wrong and you hope that there's a reaction," says Dr. Fong. "And if there's not, you continue to point it out."