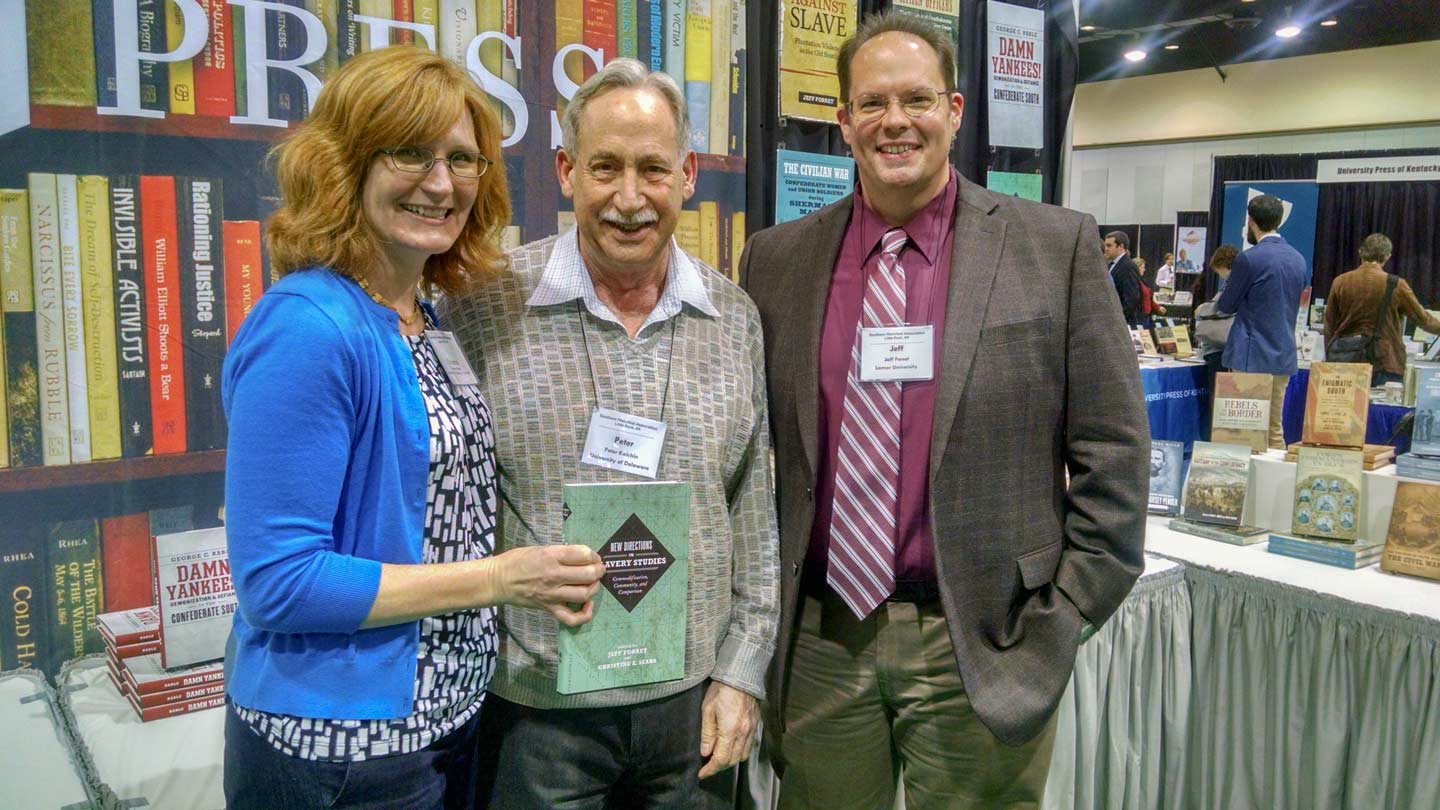 A few years ago, Dr. Christine Sears published a nonfiction book about American slaves and African masters whose tales of high-seas misadventure sounded more like a Patrick O'Brian novel than a depiction of real life. Now the associate professor of history at The University of Alabama in Huntsville (UAH) is back, with a collection of essays that delve into the commodification of slavery, slave communities, and how slavery compared between different nations. "A lot of the research I couldn't include in my first book I was able to incorporate into this one," she says.

New Directions in Slavery Studies is co-edited by Dr. Sears' colleague Dr. Jeff Forret, a history professor at Lamar University; both studied under Dr. Peter Kolchin, the Henry Clay Reed Professor of History at the University of Delaware. "Peter's book on American slavery is a standard in the field, and he's influenced a generation of people who research slavery and Southern studies," says Dr. Sears. "So a couple of years ago, Jeff pitched me this idea of essays by people who either studied under him or were influenced by his works."

The resulting book was organized into three thematic sections. The first, "Commodification," explores the extent to which slaves were treated as a form of property rather than as human beings. "It's much more than we thought," she says. "Some owners used their slaves as collateral for loans, while others bought life insurance for their slaves or sold them to pay off a debt." One even addresses whether we're still commodifying slavery by paying to see movies about it. "How do we get the story right," she asks, "and how do we translate it to the screen?" 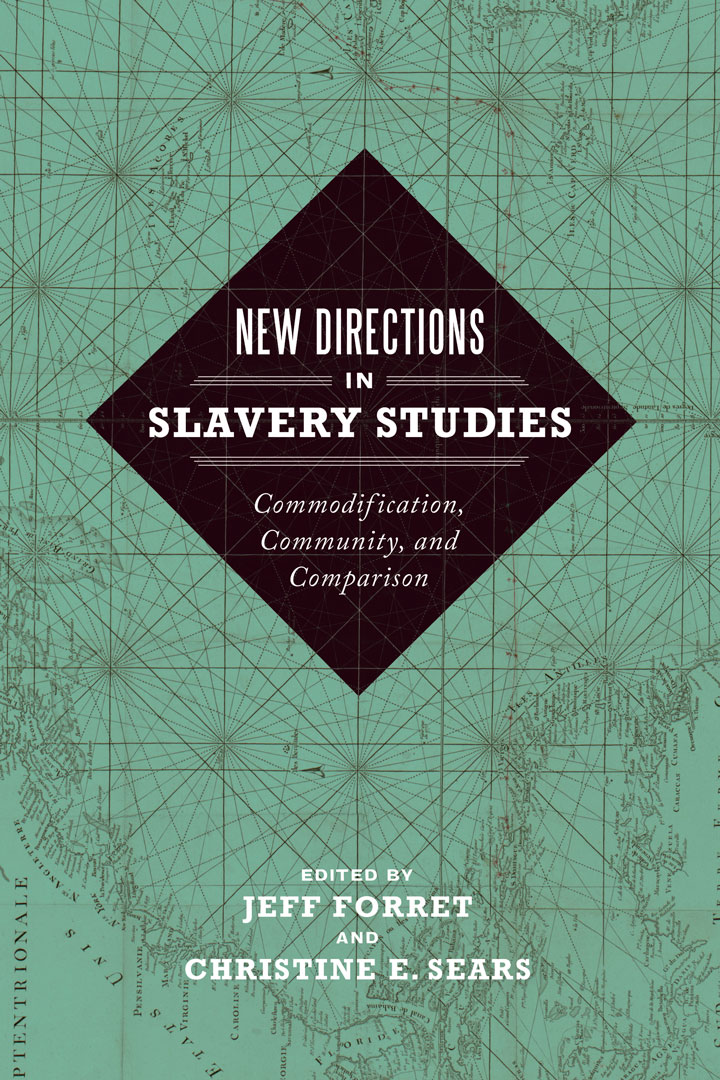 The second section, "Community," considers the communities that both slaves and freed men and women formed and the similarities and differences between them. "There's an essay that discusses the primarily French-speaking Catholics slaves who were brought from Haiti to Philadelphia by their owners fleeing the Haitian Revolution," says Dr. Sears. "They were not able to assimilate so they formed their own nucleus." Others examine the black republic formed following the revolution and the roots and motivation of slave-on-slave violence.

The final section, "Comparison," challenges the notion that slavery throughout the world was similar to slavery in the U.S. - or even that slavery within the U.S. was homogenous. "Only 6 percent of people brought from Africa went to North America," she explains. "Most went to sugar-growing plantations owned by Europeans in other countries." Thus, one essay compares female labor in Baltimore and Brazil, while another looks at how the 19th century separatist movement played out in the U.S., Brazil, and Cuba.

As for Dr. Sears' essay, it examines the problem of urban slavery in Algiers at the end of the 18th century. "Many historians have argued that slavery couldn't work in cities because it's too easy for slaves to disappear," she says. "But in Algiers, they had a different system. They used their captives more as public works slaves who lived in prisons and would be sent out in gangs to the quarries. They were also easier to identify because they were all Westerners who didn't speak the language."

Dr. Sears is now building on that essay by delving into ransom slavery in the Western Sahara in the early 1800s. "I want to look at it from the perspective of the ransom - who had the money, who paid it, and how the enslaved sailors got back home," she says. That research will culminate in a presentation at the conference on Piracy and Captivity in the Mediterranean being hosted this summer by the University of Innsbruck.

It will also inform a book she's currently working on about American sailors and their fluid identification of citizenship. Though for those who are looking to expand and advance their understanding of slavery in the meantime, the twelve essays that are included in New Directions in Slavery Studies is more than up to the task. "If you want to see where the state of the field is and where slave studies are going," she says, "it's a good book to pick up and take a look at."