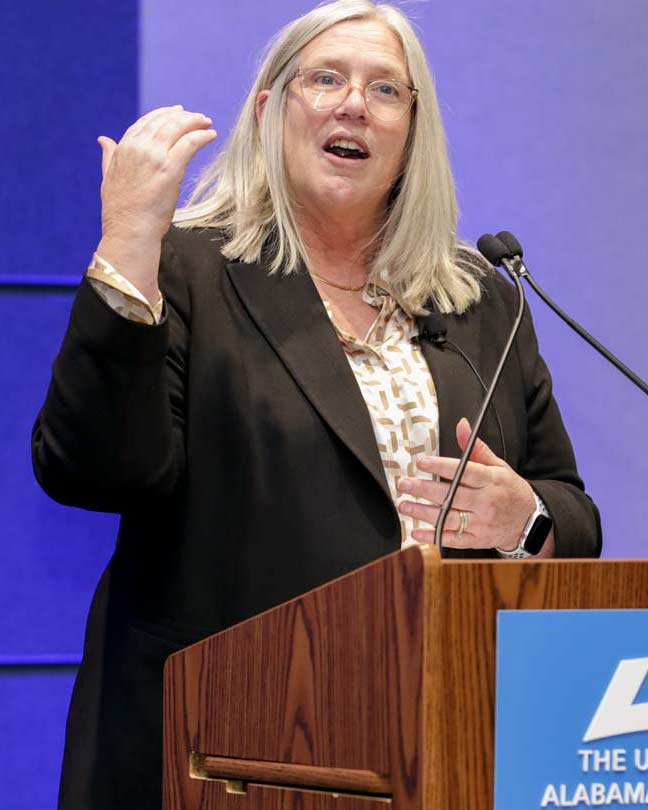 With more than three decades of service, Gordon led at every level of the intelligence community with roles spanning numerous organizations and disciplines. Prior to assuming the role of PDDNI, Gordon served as the deputy director of the National Geospatial-Intelligence Agency (NGA) from 2015 to 2017. Before her NGA assignment, she served 27 years at the Central Intelligence Agency and was involved in some of the most monumental operations in U.S. history, including the raid on Osama Bin Laden. During her tenure, she rose to senior executive positions in each of the agency’s four directorates: operations, analysis, science and technology, and support.

The world is changing, and this change is big...If there are two things that we have to invest in most as a free and open society, they are trust and truth. 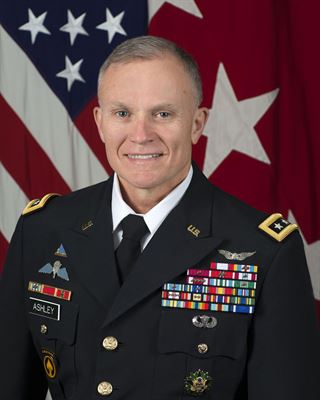 On Oct. 3, 2017, Ashley became the 21st director of the Defense Intelligence Agency. He formerly served as the U.S. Army’s deputy chief of staff, where he was the senior advisor to the secretary of the Army and Army chief of staff for intelligence, counterintelligence and security.

Over the last 50 years, what was science fiction has now become science reality. 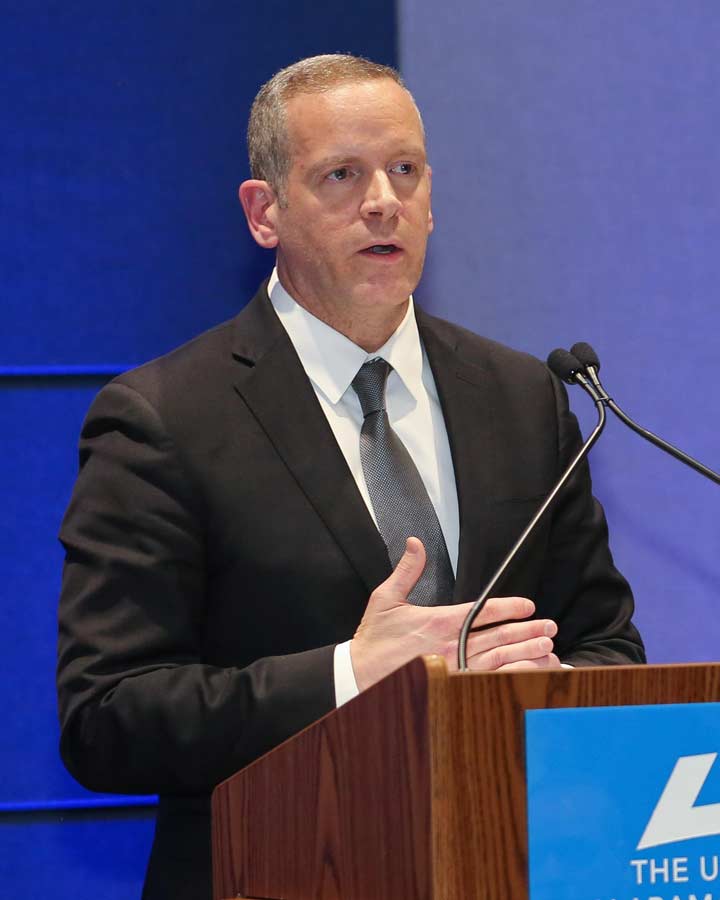 Paul Abbate was named the associate deputy director of the FBI in February 2018. In this position, he is responsible for the management of all FBI personnel, budget, administration and infrastructure.

Abbate began his FBI career as a special agent in March 1996, assigned to the New York City Field Office, where he worked in the Criminal Division and served as a member of the SWAT team.

Prior to being named associate deputy director, Abbate was assistant director in charge of the FBI Washington Field Office, where he served until his appointment as the executive assistant director over the Criminal, Cyber, Response and Services Branch from December 2016 to February 2018. In this capacity, Abbate oversaw all FBI criminal and cyber investigations worldwide, international operations, critical incident response and victim assistance.

We know that you have a highly skilled, highly educated workforce and a new crop is constantly coming out of the university. And we want to tap into that. 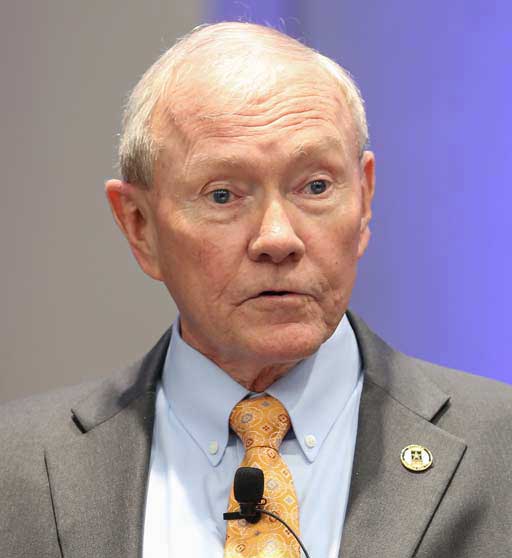 General Martin Dempsey specializes in the complexity that characterizes today’s strategic environment. A decorated four-star general, Chief of Staff of the U.S. Army, and Chairman of the Joint Chiefs of Staff, Dempsey brought his impeccable military record to his role as the nation’s highest-ranking military officer and the principal military advisor to the President, secretary of defense and National Security Council.

In 2015, General Dempsey was named one of the 100 most influential leaders in the world by TIME Magazine.

General Martin E. Dempsey retired after 41 years of military service. He will provide his experienced insight on security in a multifaceted geopolitical environment and the 21st-century challenges facing the U.S.

The future of this little sphere we all cohabitate in, you can’t solve by yourself...We’ve got to make sure that we never lose sight of the fact that, despite the technology, we still need to relate to each other. 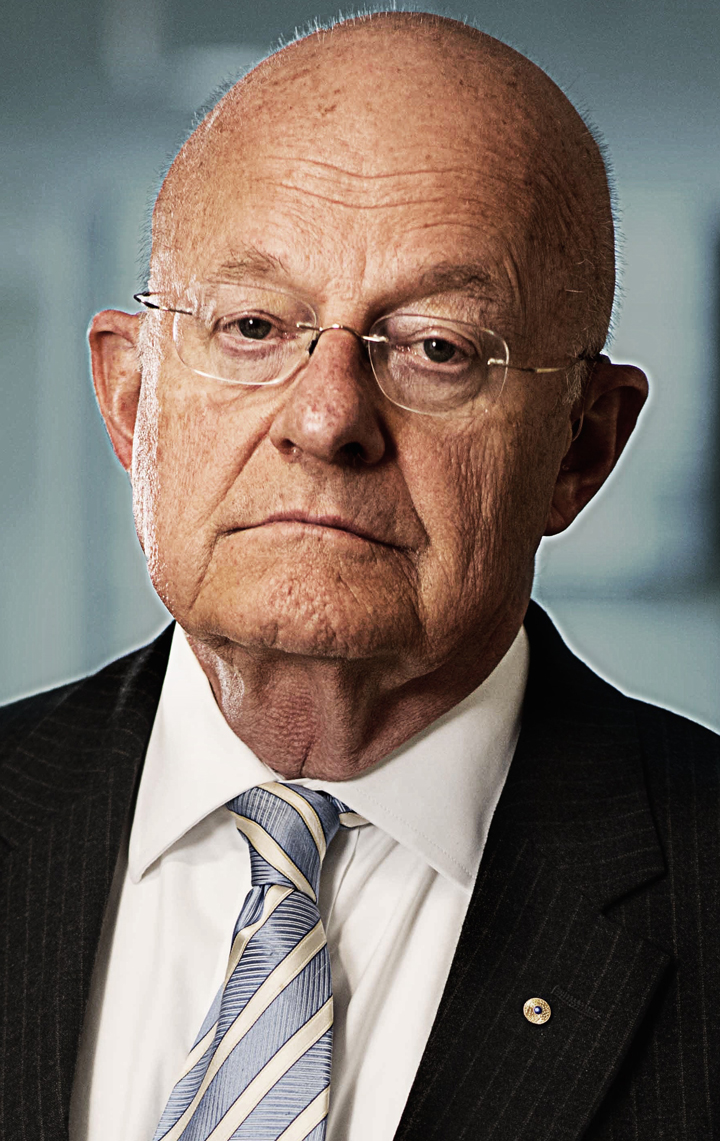 Jim Clapper is one of the finest intelligence minds of the 21st century. From 2010 until 2017, he served as the fourth-ever Director of National Intelligence, the nation’s top intelligence official and the principal intelligence advisor to the president. He provided the President Obama’s daily morning brief and held one of the broadest portfolios in the entire government, overseeing 200,000 intelligence employees internationally, a $52 billion budget, and high-profile organizations like the CIA, NSA, and FBI.

Director Clapper is a retired Air Force Lieutenant General who served two tours in Southeast Asia. He brings 50 plus years of military and intelligence experience to discussions regarding the unprecedented breadth of challenges facing the U.S. today—including transnational threats like terrorism, weapons of mass destruction, and cyber attacks, as well as the domestic threats posed by nation states like Russia, China, North Korea, and Iran. He is the author of a new book, Facts and Fears: Hard Truths from a Life in Intelligence.

While a majority of Director Clapper’s accomplishments remain shrouded in classification, notable public achievements include improving communication amongst domestic agencies, building partnerships with foreign governments, procurement reform, and sweeping IT upgrades. Director Clapper was in the Situation Room during the famous 2011 raid on Osama bin Laden and also played a pivotal role in uncovering the likely parties at work behind the 2016 hack of the DNC. He has been praised by Senator John McCain for providing "steady leadership for the Intelligence Community and wise counsel to the President and the Congress."

There is great uncertainty among our allies about our long-term leadership role. When people are in trouble and they call for help, they don’t call for Russia or China or some other country, they call for us. 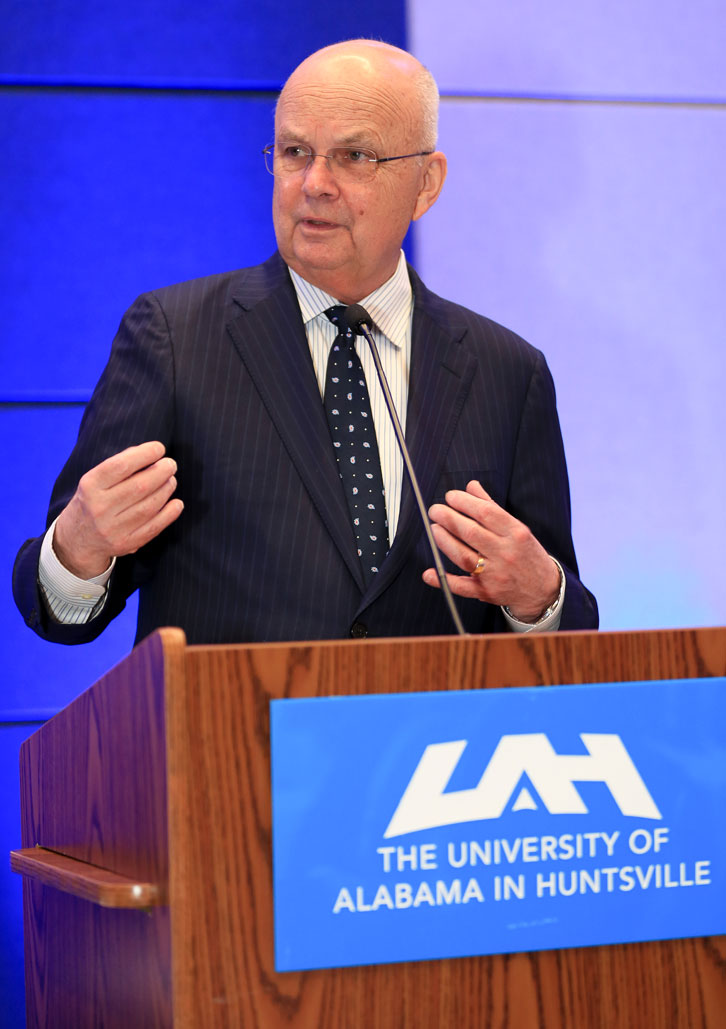 General Michael Hayden is a retired four-star general who served as director of the Central Intelligence Agency and the National Security Agency when the course of world events was changing at a rapid rate. As head of the country’s premier intelligence agencies, he was on the front lines of global change, the war on terrorism, and the growing cyber challenge. He understands the dangers, risks, and potential rewards of the political, economic, and security situations facing us.

General Hayden dissects hot spots around the world, analyzing the tumultuous global environment, the impact of the recent US election and what it all means for Americans and America’s interests. He speaks on the delicate balance between liberty and security in intelligence work, as well the potential benefits and dangers associated with the cyber domain. As the former head of two multi-billion dollar enterprises, he can also address the challenges of managing complex organizations in times of stress and risk, and the need to develop effective internal and external communications.

In addition to leading CIA and NSA, General Hayden was the country’s first principal deputy director of national intelligence and the highest-ranking military intelligence officer in the country. In all of these jobs, he worked to put a human face on American intelligence, explaining to the American people the role of espionage in protecting both American security and American liberty. Hayden also served as commander of the Air Intelligence Agency and Director of the Joint Command and Control Warfare Center and served in senior staff positions at the Pentagon, at U.S. European Command, at the National Security Council, and the U.S. Embassy in Bulgaria. He was also the deputy chief of staff for the United Nations Command and U.S. Forces in South Korea.

Hayden has been a frequent expert and commentator on major news outlets and in top publications, valued for his expertise on intelligence matters like cybersecurity, government surveillance, geopolitics, and more. He was featured in the HBO documentary Manhunt, which looked at espionage through the eyes of the insiders who led the secret war against Osama bin Laden, and in Showtime’s The Spymasters, a detailed look at the directors of the Central Intelligence Agency.

Hayden is currently a principal at the Chertoff Group and a distinguished visiting professor at the George Mason University Schar School of Policy and Government. He is on the board of directors of Motorola Solutions and serves on a variety of other boards and consultancies. In 2013, the Intelligence and National Security Alliance (INSA) awarded Hayden the 29th annual William Oliver Baker Award. General Hayden is also the first recipient of the Helms Award presented by the CIA Officers’ Memorial Foundation. In 2014 he was the inaugural Humanitas visiting professor in intelligence studies at Oxford University in the United Kingdom. His 2016 memoir, Playing to the Edge: American Intelligence in the Age of Terror, was a New York Times best-seller and was selected as one of the 100 most notable books of 2016.

That structure we have used to sustain world order since World War Two is dying because the structure we used to establish it – the industrial society – is going away. What do the Americans now view to be their role? That’s the grand debate.