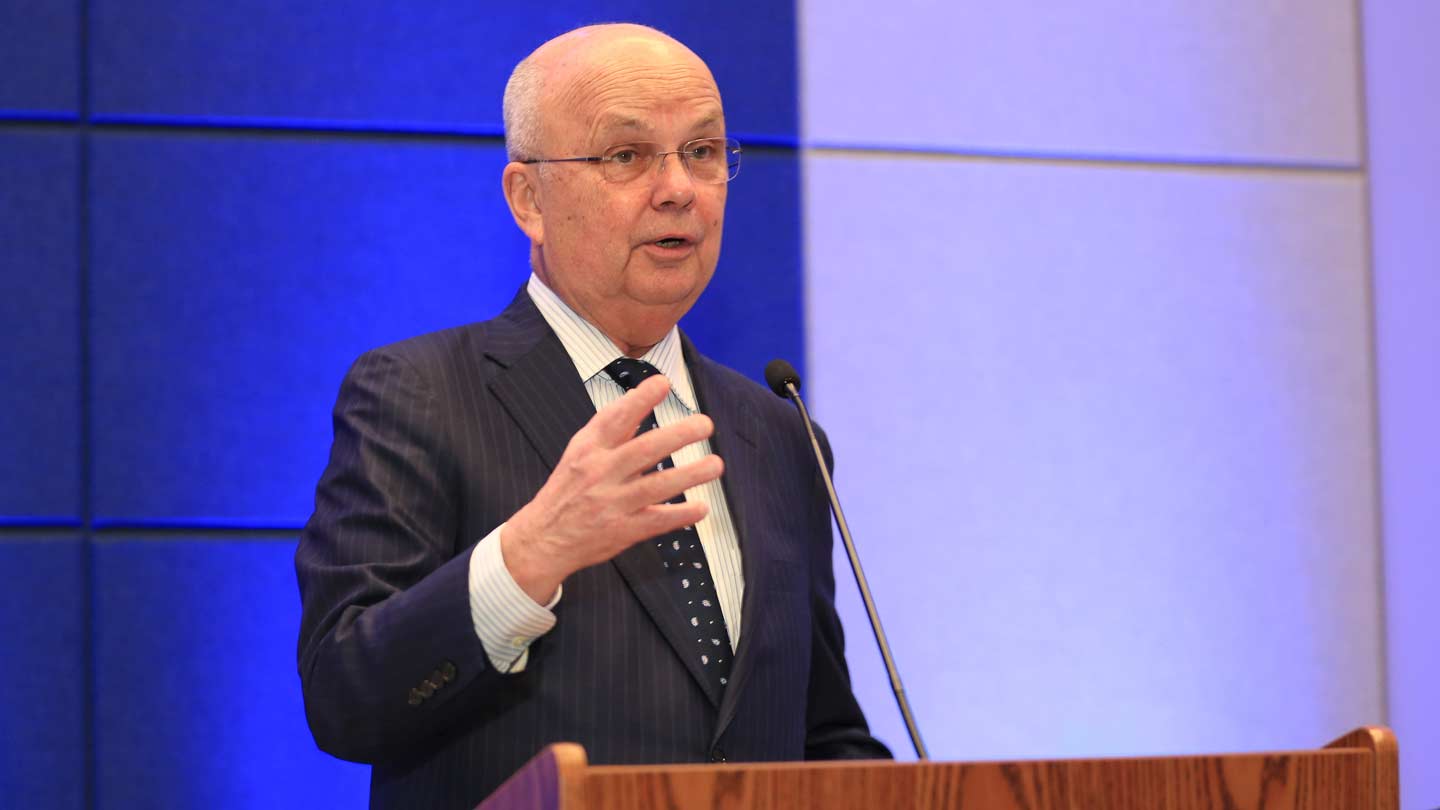 There is a grand debate about America’s global role as a post-industrial society, according to Gen. Michael Hayden.

The Jacksonian style presidency of Donald Trump and a year of disruption of the United States’ traditional global roles prompts questions domestically and globally about the future U.S. role in world affairs, said retired Gen. Michael Hayden, former director of the Central Intelligence Agency under President George W. Bush, recently at The University of Alabama in Huntsville (UAH).

"That structure we have used to sustain world order since World War II is dying because the structure we used to establish it – the industrial society – is going away," said Hayden, who categorized the U.S. as a post-industrial society. "What do the Americans now view to be their role? That’s the grand debate."

The series brings nationally recognized guest speakers to Huntsville to enhance community collaboration and assist the development of Redstone Arsenal. It fosters better understanding of current events and future trends, how they impact the federal organizations at Redstone and how they could influence U.S. reaction to world events and the nation’s future exploration, discovery and technological development.

"A lot of Americans have pulled back from the long-established international consensus," said Hayden, who is also a former director of the National Security Agency and former principal deputy director of National Intelligence. "How much more should we be involved? By the way, the rest of the world is really nervous about this."

As signs of the year of disruption following Trump’s election, Hayden cited the U.S. withdrawal from the Trans-Pacific Partnership (TPP), the renegotiation of the North American Free Trade Agreement (NAFTA), withdrawal from the Paris Climate Agreement, the pullout from the Iran nuclear pact known as the Joint Comprehensive Plan of Action (JCPOA), new U.S. demands on NATO and the move of the U.S. Embassy in Israel to Jerusalem.

"The most disruptive force in the world today is the United States of America," he said. "A nation that has pushed free trade is now getting protectionist – and over 19th and 20th century industries."

He cited the U.S.’s current turn from a welcoming nation to a restrictive one in immigration and increased levels of political drama as further evidence of a major shift.

"We are disrupting the fundamentals of the American approach to foreign affairs," Hayden said, listing what he called five consequences of that disruption.

Overall, America finds itself awash in information freely available on the Internet, but minus the newsroom curators for it that once existed, Hayden said.

"We’re being overwhelmed with a tsunami of information every day, and it’s hard to sort it out," he said. Yet because of its major heft in the world, he said U.S. allies are hoping the questions about America’s new role are answered.

"They are constantly asking now, ‘Where are you now? What will be your role?"