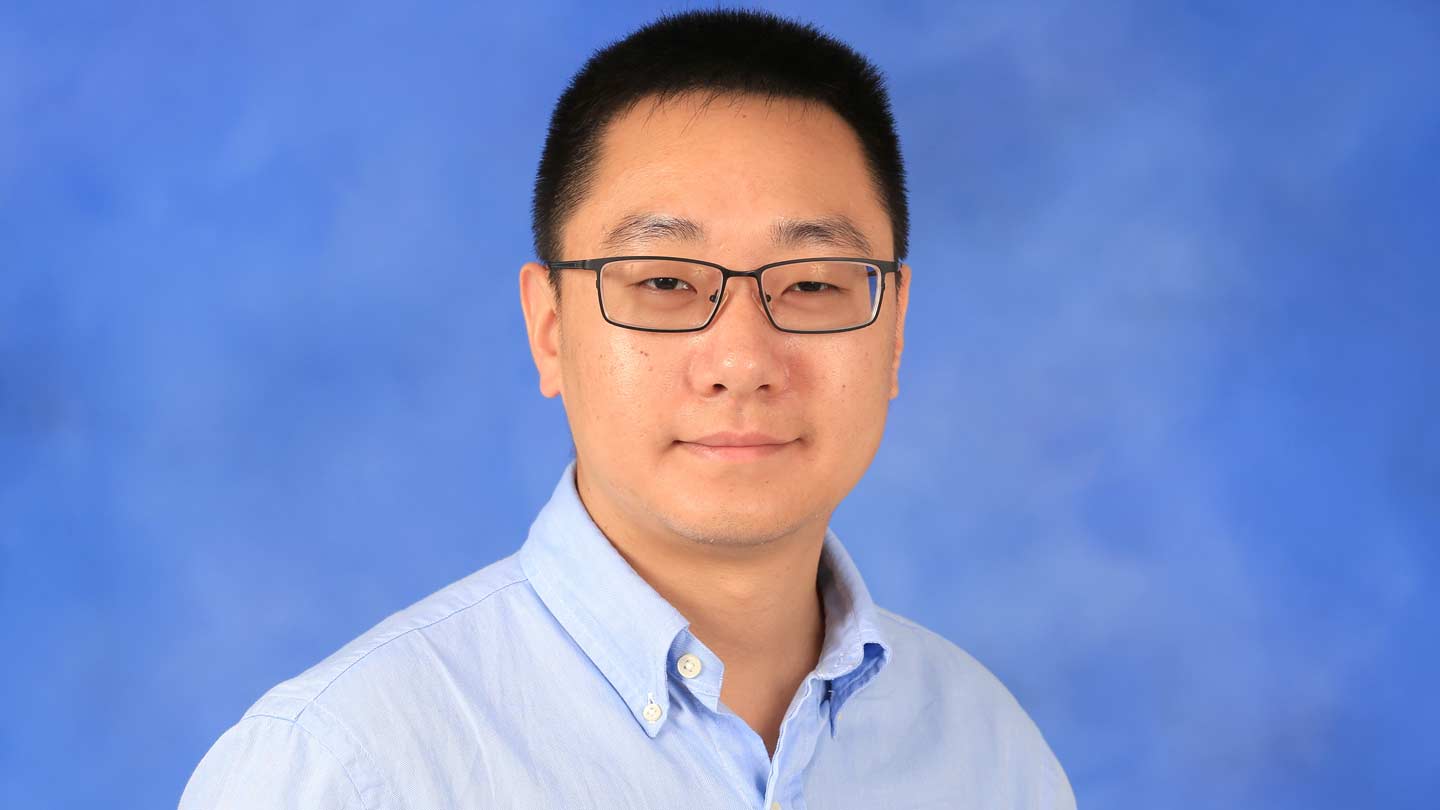 Bofeng Tang, a Ph.D. candidate in the Department of Space Science at The University of Alabama in Huntsville (UAH), has received a 2017/2018 NASA Earth and Space Science Fellowship (NESSF) to fund his research into the transport of electrons and electron heat flux in the solar wind. The prestigious fellowship includes a $30,000 award and can be renewed for a total of three years.

Tang earned his master’s degree in physics in China before coming to the U.S. in 2013 to attend UAH. Since then, he has been working under the supervision of National Academy of Sciences member Dr. Gary Zank, who serves as both chair of the department and director of UAH’s Center for Space Plasma and Aeronomic Research (CSPAR). "He is my role model," says Tang. He’s also received invaluable assistance from Dr. Vladimir Kolobov, a principal research scientist at CSPAR and a fellow of the Institute of Electrical and Electronics Engineers.

"Dr. Kolobov is one of the world’s foremost experts in the numerical solution of the kinetic equations for electrons in the presence of collisions," says Tang. Together, the pair are hoping to further scientists’ understanding of the connection between strahl and halo electrons by developing a theoretical transport equation model that incorporates wave-particle scattering in the energy regime appropriate to electrons’ population. "We want to extend numerical simulations of electron transport including wave-particle interactions and collisions based on direct numerical solutions of the Vlasov equation."

Tang’s was one of only nine NESSF applications accepted by NASA’s Heliophysics Division, which helps further the space agency’s research objective of investigating the sun and its interactions with the solar system, including space weather events. He joins two other UAH students in the Department of Space Science who have received an NESSF in the last three years; Parisa Mostafavi, whose research focuses on how the sun mediates the fundamental forces that affect space weather, was a 2016/2017 recipient of the fellowship, and Anthony DeStefano, whose research focuses on the trajectories of heavy atoms from the interstellar medium into the heliosphere, was a 2015/2016 recipient.

"This is a well-deserved award. Bofeng is working very hard on his project, which is challenging and represents one of the important unsolved mysteries of the solar wind," says Dr. Zank. "I am especially pleased that the Department of Space Science students have managed to capture three NESSF awards in the past three years. It’s an outstanding record and is a testament to the caliber of the students working in the Department. I look forward to more successes in the coming years."