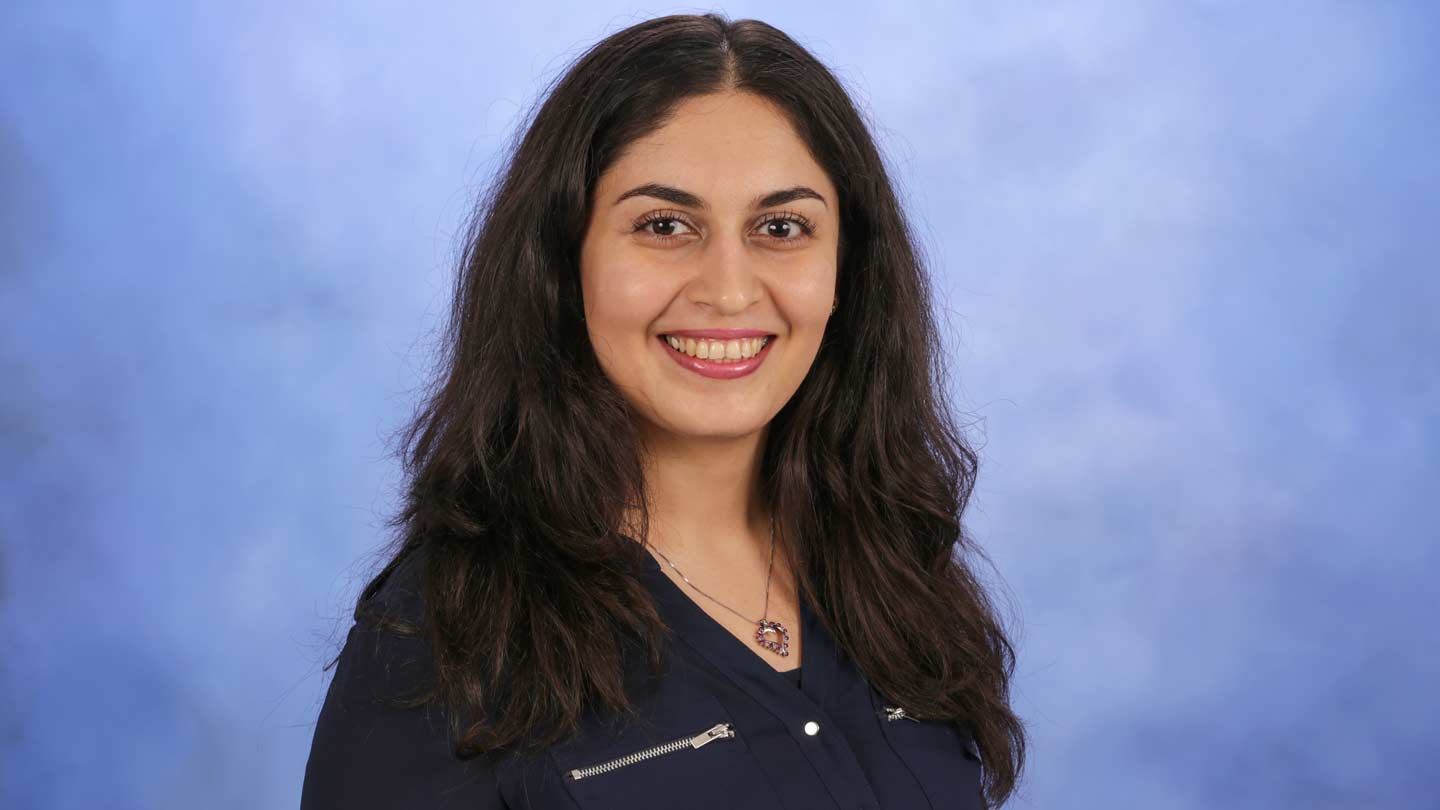 A University of Alabama in Huntsville (UAH) doctoral student's research into how the sun mediates fundamental forces that affect space weather has received support from NASA's Earth and Space Science Fellowship (NESSF) program.

"My research is investigating the structure of shock waves and nonlinear plasma waves mediated by non-thermal energetic particles," says Parisa Mostafavi, a doctoral student in the Space Science Department who is being advised by department Chair Dr. Gary Zank.

"Parisa's work is focused on the effect that highly energetic particles accelerated at a shock wave can have in on the overall structure of the transition. This is important in the context of understanding the equivalent of 'sonic booms' produced by fighter planes in the atmosphere, but, in Parisa's problem, they are generated instead by massive eruptions of very fast moving gas from the sun that create 'sonic booms' in the interplanetary medium," Dr. Zank says.

Receiving an NESSF grant means my research topic is of interest and this encourages me to work harder and publish lots of papers.

These solar "sonic booms" correspond to massive shock waves in the interplanetary medium that can accelerate particles to relativistic energies in vast quantities, he says, and the particles can easily destroy computer chips and other sensitive equipment in satellites.

"Parisa's work studies the fundamental physics of these fascinating, highly dynamical complex plasma structures," Dr. Zank says. "She is one of our most outstanding students and this is a very well-deserved honor and recognition of her accomplishments and potential. She already has two publications under her belt, a first author proceedings paper, and is now drafting a full-length journal paper that will present some exciting new results dealing with the structure of shock waves."

"This grant will help me to completely focus and do my best on my research. It will also help for my future work," she says. "Receiving an NESSF grant means my research topic is of interest and this encourages me to work harder and publish lots of papers."

The purpose of the NESSF is to ensure continued training of a highly qualified workforce in disciplines required to achieve NASA's scientific goals.

Mostafavi's research is motivated by recent observations of very strong shocks in the inner heliosphere. The heliosphere is the region of space where the sun's solar wind has significant influence.

"These very interesting observations of shocks in the inner heliosphere found that many shocks appear to be significantly mediated by solar energetic particles which have a pressure that exceeds considerably both the thermal gas pressure and the magnetic field pressure," Mostafavi says. "Shocks in the distant heliosphere and very local interstellar medium are also mediated by pickup ions."

Pickup ions are made of neutrally charged interstellar material that loses an electron as it leaks into the heliosphere and is picked up by the solar wind.

"It is undoubtedly important to understand the physics of these shocks, since they contribute importantly to the dynamics of the inner heliosphere, and therefore it will have an important impact on space weather," she says.

Mostafavi has a bachelor's degree in engineering physics and a master's in plasma engineering.

"Before coming to UAH, I was looking for good professors in my major. So I contacted Dr. Zank, who is one of the best scientists in the space science field, directly about the possibility of performing my Ph.D. research under his supervision," she says. "I am extremely glad that I have this great opportunity to study in the Space Science Department at UAH, since it has very good professors and researchers."