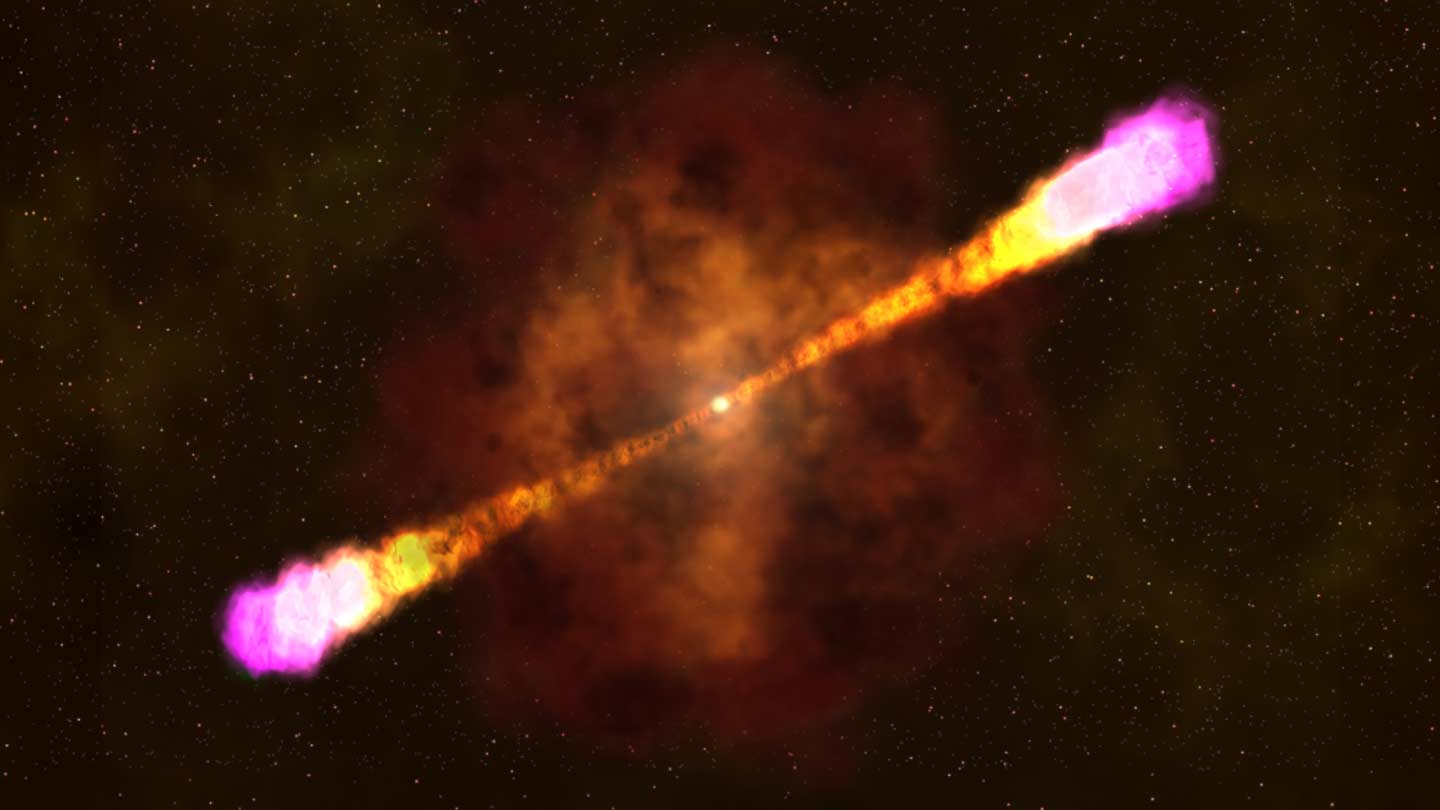 The Fermi Gamma-ray Burst Monitor (GBM) team was selected by the High Energy Astrophysics Division of the American Astronomical Society as the 2018 recipient of the Rossi Prize. The team was recognized for their role in the first joint detection of gravitational and electromagnetic waves from the same cosmic event – the spectacular smashup of two neutron stars in a distant galaxy.

"The UAH group was an instrumental part of the team that made the joint observations of the electromagnetic signals at 7:41 a.m. CDT on Aug. 17, 2017, that accompanied the gravitational wave signals," says University of Alabama Board of Trustees Trustee Professor Dr. Gary Zank, who serves as the director of CSPAR and chair of the Department of Space Science. "That led to a set of quite extraordinary publications signaling a new era in observational astronomy. By winning the Rossi Prize, their contribution to the observations of such an extraordinary event has been recognized internationally, and they deserve our congratulations!"

Besides the recognition achieved by the "excellent" faculty and researchers at the CSPAR and in the department, he continues, "I am just as delighted that three of our graduate students were recognized with this honor. This demonstrates that our graduate students in our Space Science program have the opportunity to do cutting-edge, state-of-the-art research in a world-class research environment."

The event took place in a galaxy called NGC 4993, located about 130 million light-years away in the constellation Hydra. The source was a pair of neutron stars – crushed leftover cores of exploded supernovas that have a mass 10 to 20 percent greater than the sun but a size no bigger than a large city.

As the two stars drew closer, whirling around each other hundreds of times a second, they broke apart and produced a spectacular short-lived eruption called a gamma-ray burst, which was detected by Fermi’s Gamma-ray Burst Monitor and by the anti-coincidence shield of the spectrometer aboard INTEGRAL, another gamma-ray mission. The gravitational waves produced by the revolving neutron stars rattled Earth’s space-time and were picked up by the National Science Foundation’s Laser Interferometer Gravitational-wave Observatory (LIGO) facility in Hanford, Wash., shortly after 8:41 a.m. EDT on Aug. 17. The same signal was later identified in the twin detector in Livingston, La., while the non-detection by the Virgo facility in Italy improved the location determination.

News of the joint detection spread quickly and encouraged astronomers to look for the aftermath of the explosion with telescopes spanning the electromagnetic spectrum. Combining gravitational wave and light observations gives a more complete story about what happens when neutron stars collide and how the event evolves over time.

"The discovery of gamma-radiation immediately following the detection of a gravitational wave from a distant galaxy will be remembered hundreds of years from now as a breakthrough observation in high-energy astrophysics," says Gerald Fishman, NASA emeritus scientist and winner of the 1994 Rossi Prize. "Colleen Wilson-Hodge and the Fermi GBM Team are well-deserved of being awarded the Rossi Prize for this accomplishment."

The Rossi Prize is awarded annually in honor of Italian physicist Bruno Rossi "for a significant contribution to High Energy Astrophysics, with particular emphasis on recent, original work. "It includes an engraved certificate and a $1,500 award.