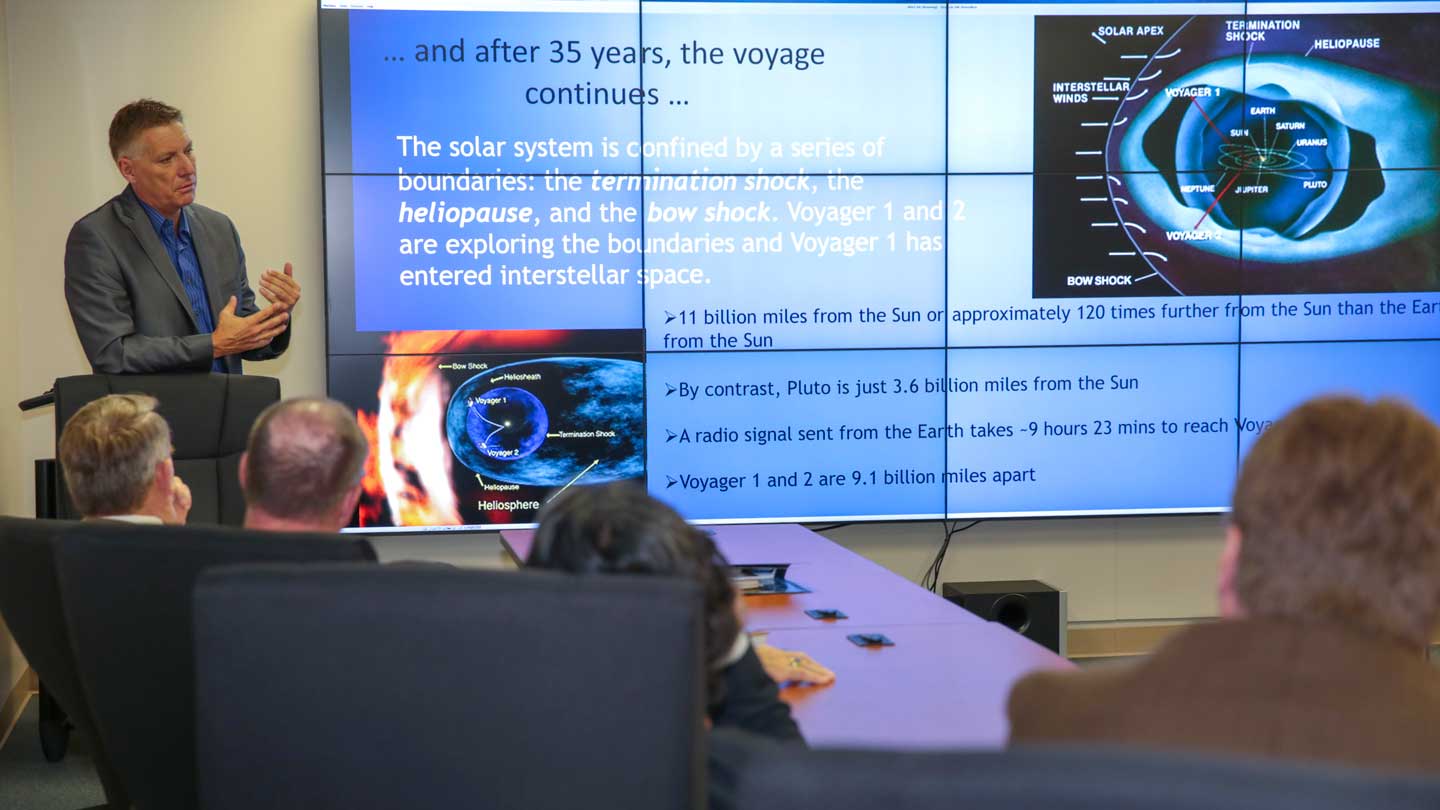 Dr. Gary Zank, chair of the Department of Space Science and director of CSPAR at UAH, was awarded the International Space Science Institute’s 2017 Johannes Geiss Fellowship, which provides one international scientist of stature with funding for a limited-duration visit to the Institute in Bern, Switzerland.

Dr. Gary Zank, who serves as both chair of the Department of Space Science and the director of the Center for Space Plasma and Aeronomic Research at The University of Alabama in Huntsville (UAH), has been named the 2017 recipient of the International Space Science Institute’s Johannes Geiss Fellowship. The fellowship is awarded annually and provides one international scientist of stature with funding for a limited-duration visit to the Institute, which is located in Bern, Switzerland.

“I was greatly honored to receive this fellowship,” says Dr. Zank, a member of the National Academy of Sciences. “Johannes Geiss was an inspirational scientist who did groundbreaking work in developing our current understanding of the elemental composition of the solar corona and solar wind and even the interstellar medium.”

I’m very much looking forward to doing some very interesting work together with my European colleagues.

The Institute, founded in 1995, is a European Space Agency and Swiss-supported non-profit organization. Its main objective is to forge a deeper understanding of the results of space missions, ground-based observations, and laboratory experiments and to enable international teams and individual visiting scientists to conduct multi- and interdisciplinary research through workshops, working groups, and forums.

“I was fortunate enough to attend the founding meeting and have been a frequent visitor and participant in the Institute’s workshops since,” says Dr. Zank. “Their meetings bring the very best scientists in a particular discipline together, making the workshops invaluable to the community.”

The fellowship, which is named after the Institute’s founder, Swiss physicist and Albert Einstein medal recipient Dr. Johannes Geiss, was established in 2015 to honor Dr. Geiss’ contributions to the space science discipline. Previous recipients include Dr. George Gloeckler, a space plasma physicist from the University of Michigan, and Dr. Kurt Lambeck, a geophysicist from the Australian National University.

As this year’s Johannes Geiss Fellow, Dr. Zank will spend a few weeks at the Institute this October, followed by two shorter visits in the spring. He plans to spend much of his time working on his book, “Physics of the Outer Heliosphere,” which explores the interaction of the sun with the galaxy.

“I would like to thank the Institute’s director and the selection committee for providing this great opportunity,” says Dr. Zank. “I’m very much looking forward to doing some very interesting work together with my European colleagues.”