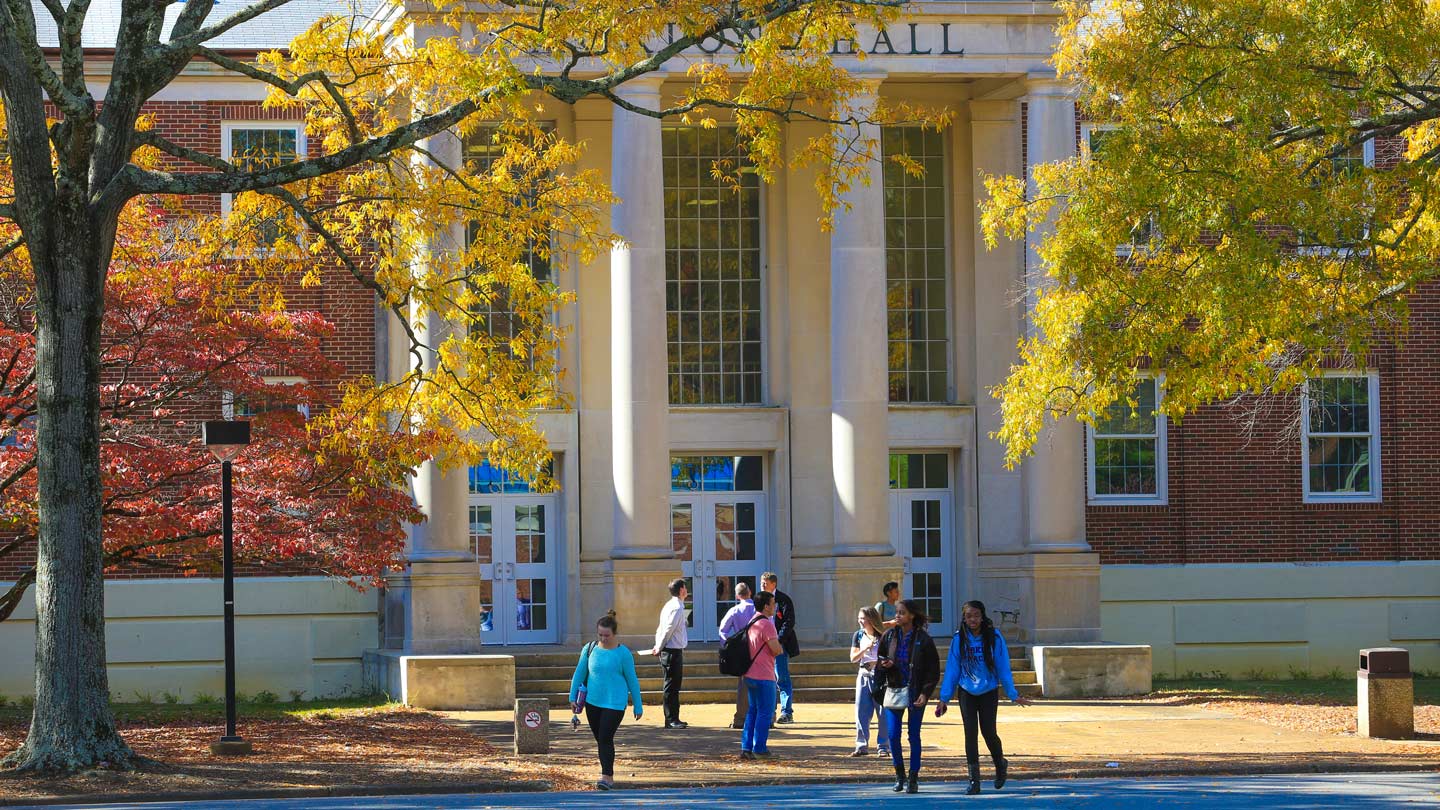 UAH’s College of Arts, Humanities, & Social Sciences has expanded both its academic degree program offerings and its extracurricular activities and events.

In response to the university’s unprecedented surge in enrollment and the administration’s emphasis on increasing student retention, the College of Arts, Humanities, & Social Sciences at The University of Alabama in Huntsville (UAH) has expanded both its academic degree program offerings at the undergraduate and graduate levels and its extracurricular activities and events.

"We’ve worked hard to keep pace with the university’s record-breaking growth over the past few years, in particular by adding new areas of study that reflect high-growth job fields and ensuring our curriculum stays current with the latest trends and developments in those fields," says Dr. Mitch Berbrier, Dean of the College. "Just as important, we’ve ramped up our efforts to reach out to and impact the community around us, whether its by inviting renowned scholars to participate in discussion series, hosting gaming events like ChargerCon and Global Gam Jam®, or entertaining audiences with live musical performances and theatre productions." 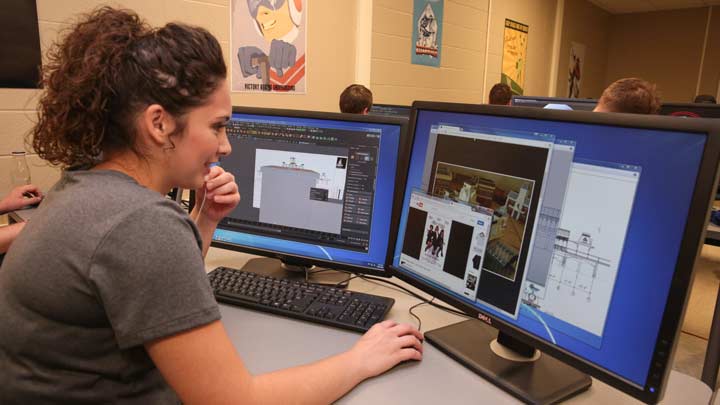 The College’s Bachelor of Fine Arts with a concentration in game design is a popular choice for students interested in a career that combines artistry and technology.

Last fall, building upon the momentum of its increasingly popular theatre minor, the College introduced a new Bachelor of Arts in Theatre with three areas of specialization: performance, technical, and dramaturgy. The program requires students to complete a core curriculum of general education requirements, additional credit hours specific to the discipline, and one credit hour of practicum. "It’s the culmination of many years of hard work by members of the UAH family and the community at large, and I believe it will offer students from many of the strong high school and community college theatre programs attractive options for further study," says David Harwell, associate professor and the director of UAH Theatre.

Shortly thereafter, the College announced its new Bachelor of Fine Arts with a concentration in game design. A field of study initially highlighted as one of five major focus areas in the university’s 2013-2020 strategic plan, Expanding Horizons, the concentration began as a minor before evolving into a full-fledged degree program. It now comprises courses offered by the Departments of Art, Art History, & Design, Computer Science, and Music, and is anchored in our state-of-the-art gaming animation lab.

"The program has grown steadily during the last two years, with more than 20 students that are either in, or planning to pursue, our digital animation degree," says Vinny Argentina, assistant professor of art. "Our students are very passionate about their medium and have formed a new student group, Charger Studios, which is focused on game and animation production. Charger Studios holds regular workshop meetings and helps host a 48-hour game jam each semester."

The College’s most recent addition to its slate of undergraduate degree programs is the Bachelor of Arts in writing, an interdisciplinary program from the Departments of Communication Arts and English. "By utilizing the strengths of these two departments in terms of both faculty members and course offerings, we’re now able to serve students in a way we haven’t been able to before," says Dr. Ryan Weber, assistant professor of English and the director of UAH’s business and technical writing program. 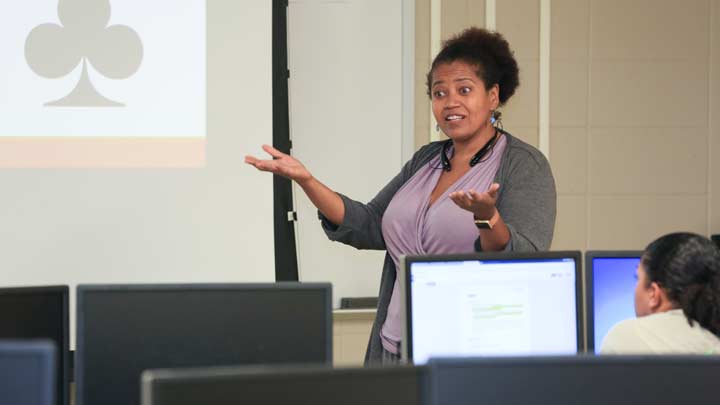 The College’s new course offerings ensure that its curriculum stays current with the latest trends and developments in high-growth job fields.

Expansion of undergraduate concentrations and minors

The College is also meeting the growing academic needs of its undergraduate student body by offering an increased selection of concentrations and minors in areas such as web communications; game production; science, technology, and society; women’s and gender studies; and music technology. The latter, one of the newest to be added, blends core music courses with those in music technology, electrical engineering, and computer engineering, giving students interested in becoming recording engineers and sound designers the foundation needed to pursue these high-tech careers.

Those interested in a legal career, meanwhile, can benefit from the College’s new Pre-Law Certificate program. A collaboration between the Departments of Political Science and Philosophy, the program’s curriculum provides students with guidance in taking the classes that will not only assist them with passing the LSAT and getting into law school, but also prepare them for success once they get there. Moreover, the 15-credit course of study, which includes core courses in logic, ethics, and political philosophy, can be completed in conjunction with any combination of major and minor.

In addition to its Bachelor of Arts in communications, the Department of Communication Arts recently introduced a Master of Arts in professional communication. The 33-hour program prepares graduates for business, government, and nonprofit organizations that need technical writers, PR specialists, social media managers, event coordinators, theatrical staging specialists, and other communication-intensive workers. Students in the program can choose from a thesis or non-thesis option, as well as several areas of emphasis: social media, user experience, advertising/public relations, professional writing, communication studies, and human resources management.

Along with this expansion of academic programs, the College has significantly increased its outreach efforts to students and community members alike with an uptick in the extracurricular activities and events it hosts throughout the year. In the spring, for example, the College’s Humanities Center commemorated its 25th anniversary with a celebratory weekend to honor its founding director, Dr. Johanna Shields. The three-day event included lectures, readings, a roundtable discussion, and live musical performances.

Similarly, the College’s Department of Music ramped up its annual performance schedule with a series of Golden Jubilee concerts in celebration of its own 50th anniversary. In early December, the season’s mid-point culminated in the College’s fourth-annual "Peace on Earth" holiday spectacular, which was headlined by Grammy-nominated a capella ground, Committed.

"Since 2013, our mission with ‘Peace on Earth’ has been to deliver a traditional holiday program…with a twist," says Dr. Dave Ragsdale, chair of the Department of Music. "From Broadway star Ivan Rutherford to country music legend Lee Greenwood, each year our guest artists help us reinvent the show, making it a uniquely different experience for the audience and performers alike." 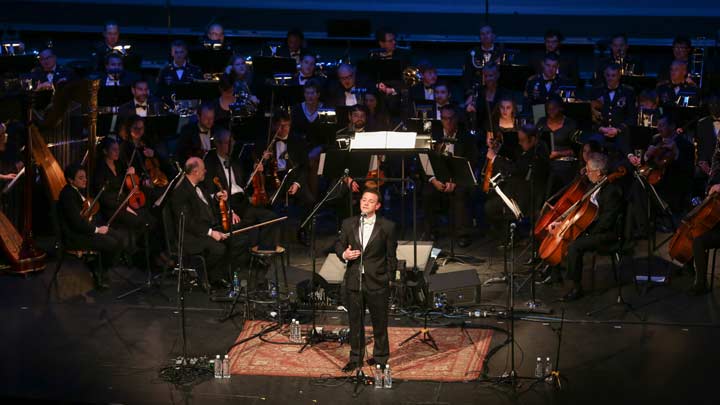 The evening also featured performances by the faculty and students of the UAH Department of Music, the Huntsville Symphony Orchestra, the Huntsville Community Chorus, and the Army Materiel Command Band.

"This season we are spanning the centuries, from the time of Shakespeare to right now," says Harwell. "As our program grows, we want to provide opportunities for our students to shine as actors, technicians, and directors. Our productions this year do just that, by highlighting their strengths in everything from zany comedies to classic tragedies, and family drama to teen angst."

Given that the growth of the university at large shows no signs of slowing down, it’s safe to say that the solid foundation the College of Arts, Humanities & Social Sciences has worked hard to establish over the last year will only grow stronger going forward.

"We have always known that there’s no substitute for the skill set that an education in the arts, humanities, and social sciences can impart, regardless of a student’s ultimate career path," says Dr. Berbrier. "But now we are going one step further by augmenting our solid foundation with opportunities and experiences that are important for success in today’s high-tech and fast-changing workplace. We have more ideas in the pipeline, and with the university’s strategic plan as our guide, we look toward the future with excitement and optimism."