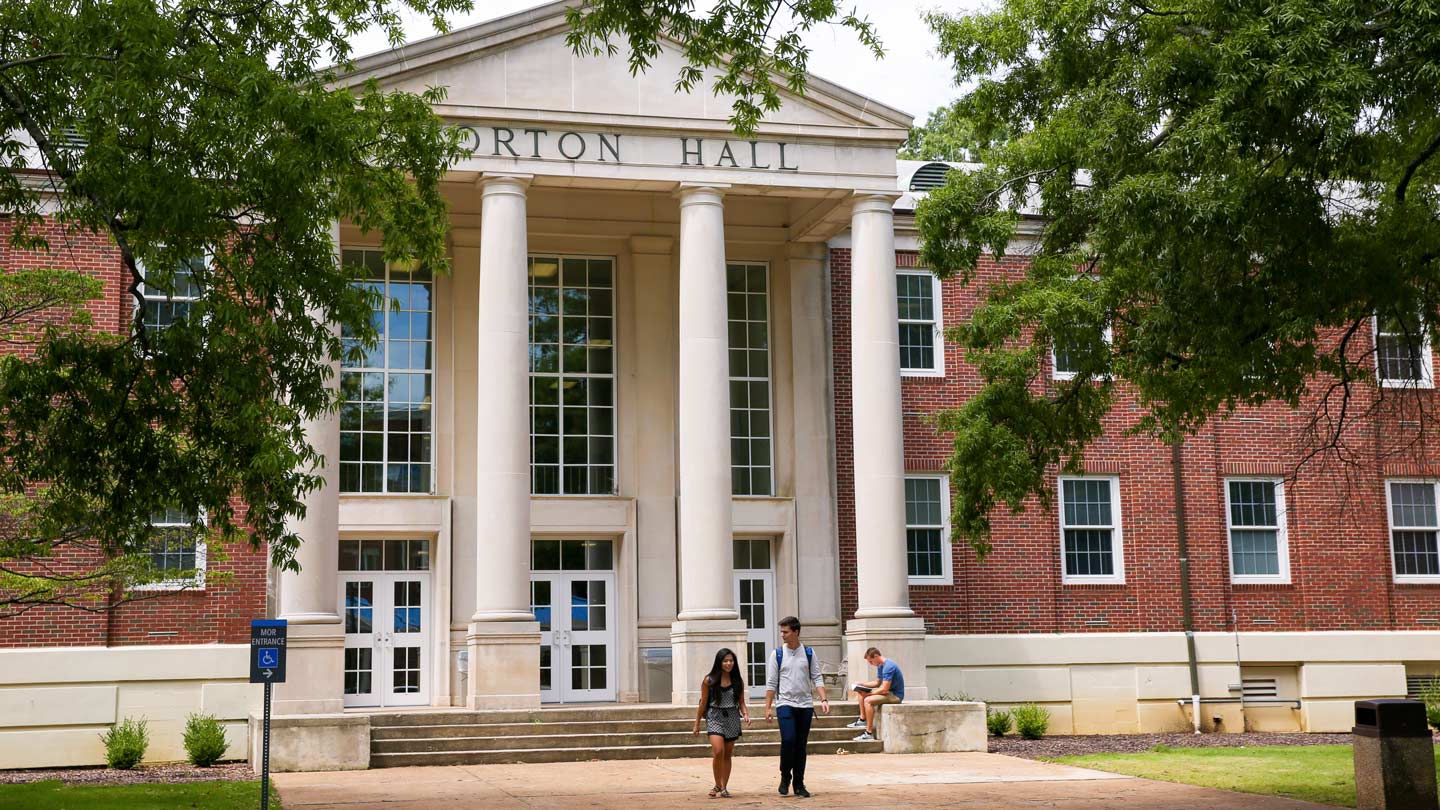 When it comes to selecting a major, the fact that there are many paths to law school can be both a blessing and a curse to those hoping to pursue a legal career. That’s why the Departments of Philosophy and Political Science at The University of Alabama in Huntsville (UAH) joined together last year to offer a brand-new Pre-Law Certificate program. The program’s intent is to assist students of any major with gaining admittance to law school and preparing them for success once they get there.

"While law schools do not require any specific undergraduate training, there are certain skills any lawyer will need," says Dr. John Nale, assistant professor of philosophy. "Our pre-law certificate brings together classes that will help future lawyers hone their skills in critical thinking, logic, research, and reading comprehension. All lawyers need to be able to do these things at a high level no matter what kind of law they go on to practice."

No matter what your major is, there’s a lot to be learned.

Senior political science major Sarah Ruff, senior philosophy and political science double-major Daniela Archie, and senior philosophy and political science double-major Jessica Eason are among the first three to complete the certificate program. All of them knew little about it going in, but ended up finding the curriculum complementary to their chosen majors. "I was shocked when I found out the program was new – I thought it had been going on for a while," says Eason, who is considering becoming a judge advocate general in the Navy. "Now I hope more people take advantage of it. I think no matter what your major is, there’s a lot to be learned."

The program’s 15 credit hours include three core courses in ethics, logic, and political philosophy. "I absolutely loved ethics," says Archie, who wants to one day work as a policy analyst. "It got me engaged in some of the philosophers we hadn’t studied, and that really helped me in the philosophy research seminar I took." The remaining two courses are electives, chosen by the student from a diverse selection offered by seven different departments in the College of Arts, Humanities, & Social Sciences. 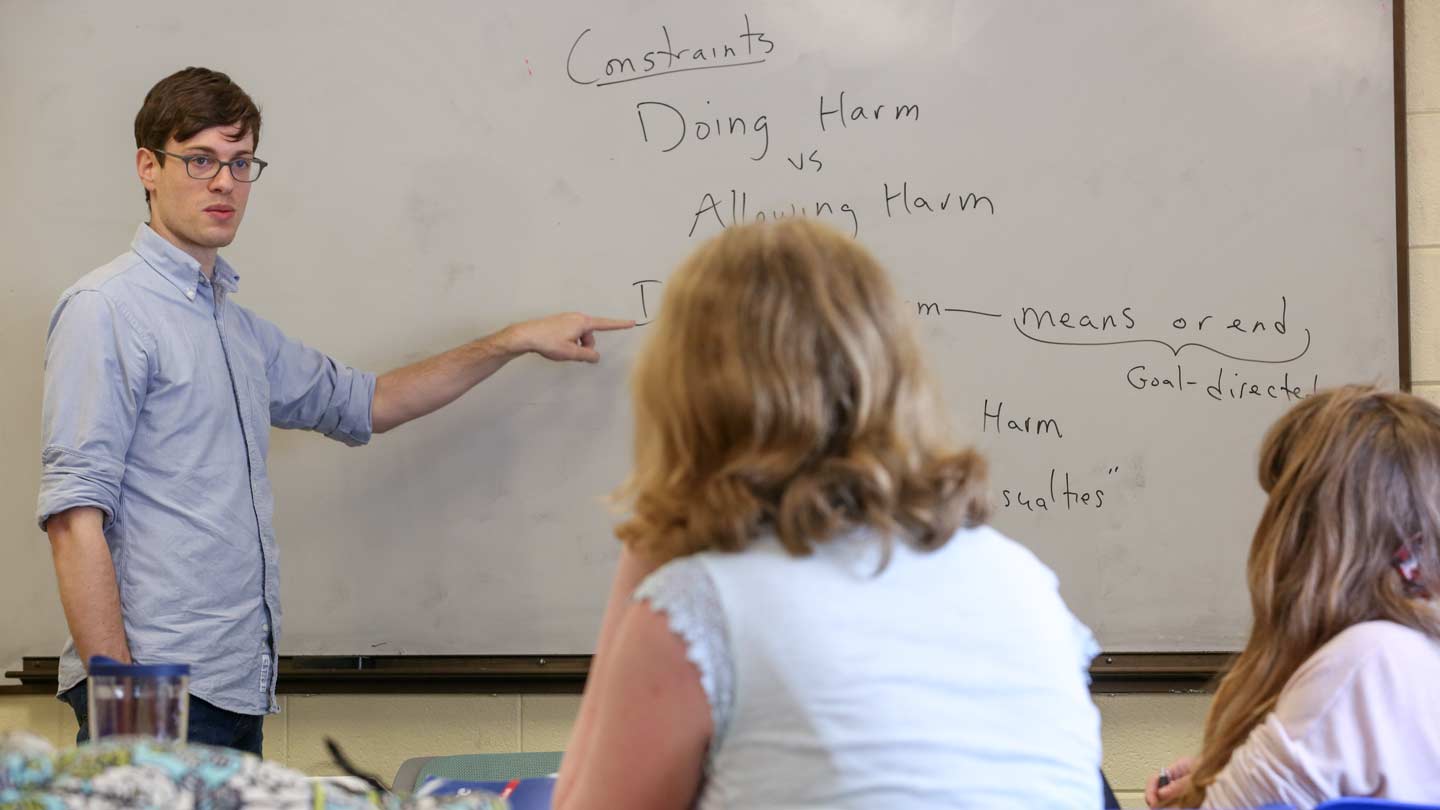 For her electives, Eason chose American Constitutional law and civil liberties. "Those were two of my most enjoyable classes," she says. "They helped me learn how to frame arguments and taught me the terminology used in the legal field. And I loved the framework of the class – it was very Socratic." Archie, meanwhile, cites her legal argument course as a particular favorite. "It was structured as if we were in law school," she says, adding that they were tasked with writing a brief on a real Supreme Court case. "I thought I was going to struggle, but I loved the class."

It also didn’t hurt that all three were able to fulfill both the certificate requirements and those of their major without adding an undue academic burden. That’s because two of the program’s classes are included in the university’s general education requirements, Charger Foundations, and many others were already part of their respective degree programs. "I realized I could do it without having to take extra classes," says Ruff, who plans to go into social work. "I had already taken some of them, and the last two I needed I could take as electives." The same is true of Eason. "I figured if I just had to take one or two extra to get the certificate and still graduate in four years, it was a no-brainer!" she says.

And though none of the women say they have plans to go to law school at present, all are glad to have completed the certificate program, which gave them a unique opportunity to hone the soft skills essential to success in almost any career field. "If you know what you’re talking about, and you know how to speak the language of the people who agree with you and don’t agree with you, you can get a lot more done," says Eason. "Education is not necessarily about getting a degree and then finding a job with your exact degree. It’s about taking the practical skills you learned and applying them where they’re needed."