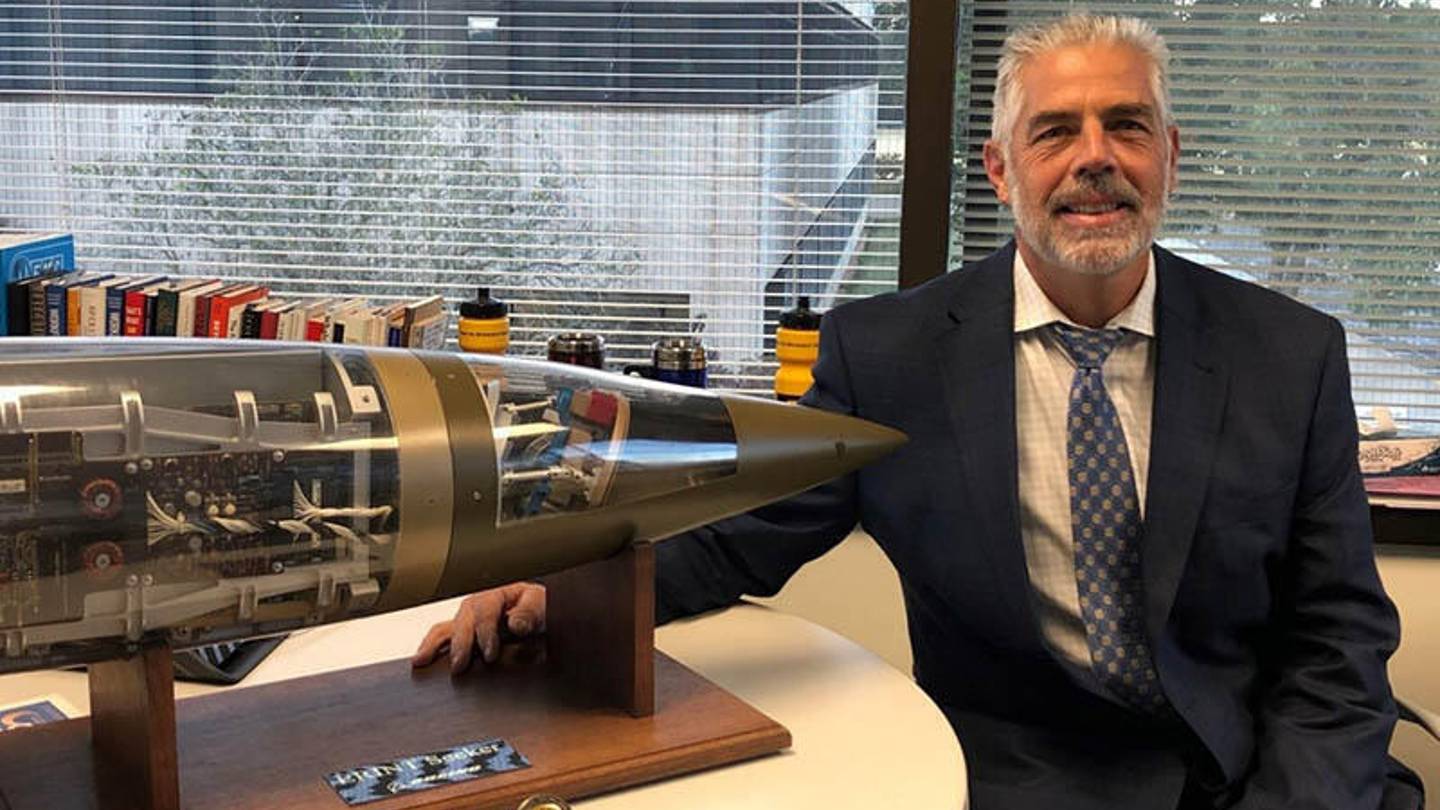 Today, Robert Green is senior director for Boeing’s Integrated Air & Missile Defense portfolio, supporting systems as vital as the Patriot Advanced Capability-3 (PAC-3), Aegis Ballistic Missile Defense and Avenger. But it’s been a long road to achieving his current status. In fact, the alumnus of The University of Alabama in Huntsville (UAH), a part of The University of Alabama System, has never benefitted from an easy path in life.

“We were very poor, and I had a tough childhood,” Green says. “But I learned my work ethic from my father, Carroll Lynn Green, who worked very hard. I was motivated to have a better life for myself and, if God was to bless me with one, my family.”

The alumnus (BSEE ’84, MSE ’90) has traveled quite a ways from those humble beginnings, a journey that would see him become the first member of his family to graduate from college, earning bachelor’s and master’s degrees in electrical engineering from UAH on a federal Pell Grant.

Green says he wasn’t drawn to a potential career in engineering early on.

“I was an athlete, and I wanted to play college sports, but my wife challenged me to want to be more — sparking my interest in engineering by encouraging me to have conversations with her father, who was an engineer,” he says. “She asked me a simple question one day to the effect of, ‘What? Are you scared to try engineering at UAH?’ And that charted my course. Her father was one of the first graduates of the new master’s program at UAH. She challenged me to consider following suit, and the rest is history! I was inspired to engineering by my father-in-law, John W. Wilcox, and he talked to me all the time about the really exciting things he was working on.”

The moment that fateful decision was made, however, only marked the start of an arduous struggle to succeed that began anew each day.

“When I first started at UAH, I wasn’t qualified for the College of Engineering, so I was admitted as a ‘Special Non-Degree Student’ until I passed all of the pre-requisites to be admitted,” Green says. “I was working full time and going to school with a full course load at night. I always carried a heavy school load and work load. When I finally was admitted into the College of Engineering, the dean had to sign my first quarter class schedule, but he wouldn’t sign it because of the heavy course load. We met several times to discuss that, and I wouldn’t budge on lightening my courses, so he finally gave in! However, he told me that I would never graduate with such a heavy course load while working full time. Those words lit a fire under me. I went on to prove it was possible by receiving my bachelor’s and master’s degree – becoming vice president of the Engineering Honor Society along the way!”

Green recalls that a special teacher in the College helped influence his burgeoning career. “A mentor of mine was my professor, Dr. Charles Halijak, who was over my major when I was studying for my master’s degree,” he notes. “He would always encourage me to keep driving to finish my MS degree. I was the only one in my family to go to college to that point.” 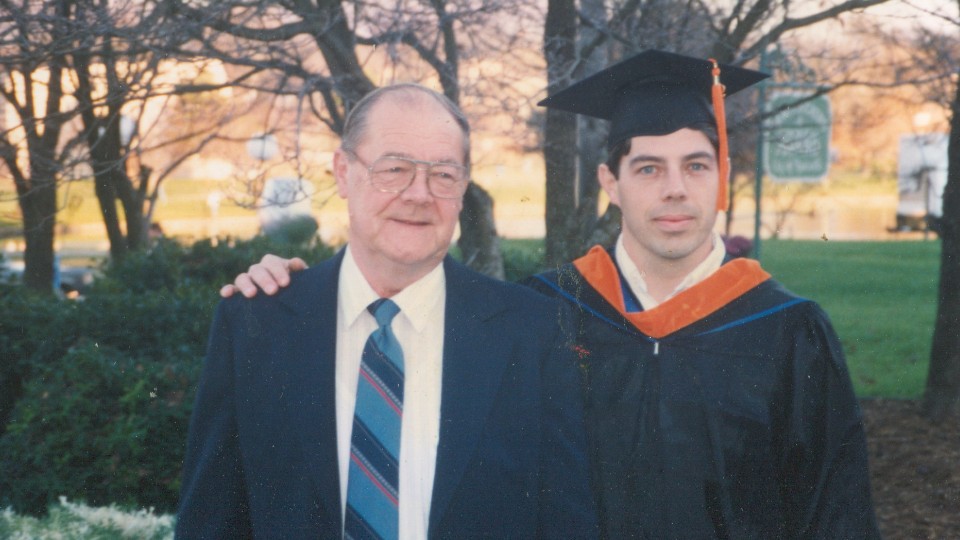 Whenever times got especially tough in those early days, the north Alabama native also found an important source of strength and inspiration in the form of family stories that reflected his Cherokee heritage. Over the years he has used this connection as a foundation for his life, a path that has led him to become an executive champion for the Huntsville chapter of the Boeing Native American Network.

“I’ve always been involved in my community, and I wanted to get involved in a broader way through Boeing’s employee-led associations, which are designed to advance personal and professional development, promote diversity within the company and strengthen networking,” Green explains.

Listening to the stories passed down by his great-grandmother made him feel a deep kinship with his fellow Native Americans and a wish to inspire others to forge a similar path to their dreams. It’s easy to see that helping Native Americans and Indigenous people get involved in STEM is very close to the UAH alumnus’ heart.

“When I found out about the Boeing Native American Network, my Cherokee heritage provided added inspiration to get involved,” Green says. “Now I’m one of the executive sponsors for the network. Providing opportunities for all people to succeed is important, especially for those who may not be aware of opportunities or need a challenge or motivation like I did. You never know what can be achieved until you unleash that potential.”

Green has served in a variety of space and defense leadership roles since joining the company in 1984, including the former Spacelab program and Ground-based Midcourse Defense.

My education and degrees from UAH have positioned me to be anything and do anything I want to do in business and have provided great opportunities for my children, as well.

“I was working at SCI as an associate engineer while in college, and I interviewed for McDonnell Douglas (which Boeing acquired later) on a space program called Spacelab,” he says. “Working manned space flight was very exciting, and I was able to use my experience from SCI to go right into designing space hardware and support space missions at Boeing. There were so many exciting programs available, and that is the value of working for a great company. If you can dream it, they work on it!”

As senior director for Boeing’s Integrated Air & Missile Defense portfolio, Green reports that this connection to the military holds a special meaning for him as well.

“My father was in the U.S. Army, and four of my children have served or continue to serve in the Armed Forces, so the military is very important to me and my family. The products that we work on are critical to the defense of our military and our nation. And I am very proud of the part I play and that Boeing plays in protecting our freedoms, our families and the nation.”

Looking back over his career, Green notes several projects as particular highlights that have been particularly rewarding to work on.

“I worked on several Spacelab missions designing hardware that flew on the Space Shuttle in the Spacelab module, and supported many missions as the chief engineer and flight director of the Payload Bay, which was very demanding,” he says. “Getting published in EMC Magazine and briefing at the EMC Symposium in Zurich, Switzerland, while working on Space Programs were also highlights and opportunities I would not have had outside of Boeing. Now I’m the senior director of Integrated Air & Missile Defense at Boeing, which has given me the opportunity to work on exciting programs like PAC-3and Aegis Ballistic Missile Defense. This September will be my 39th year working at Boeing, which tells you that I’ve really enjoyed what I was doing, so much so that I never wanted to change companies. Boeing is somewhere you can spend your entire career because of the variety of exciting programs to work on!”

As to advice the alumnus might offer when it comes to reaching for your dreams, he speaks plainly when it comes to education. “I was very motivated to make it happen, and it was a special feeling to be the first in my family. My education and degrees from UAH have positioned me to be anything and do anything I want to do in business and have provided great opportunities for my children, as well. My wife took courses at UAH and three of my 11 children have graduated from UAH with physics and engineering degrees.”

After a life well spent in service to family, faith and his heritage, you might be wondering what Green looks forward to for future inspiration? Any new horizons to conquer?

“We are getting much closer to the land living on our family farm,” he says when reflecting on what’s next in store. “It’s important to understand how farming was done sustainably in the past to preserve and live off the land for a long time to come. I look forward to spending time my family – staying close to each other, our faith and the land.”