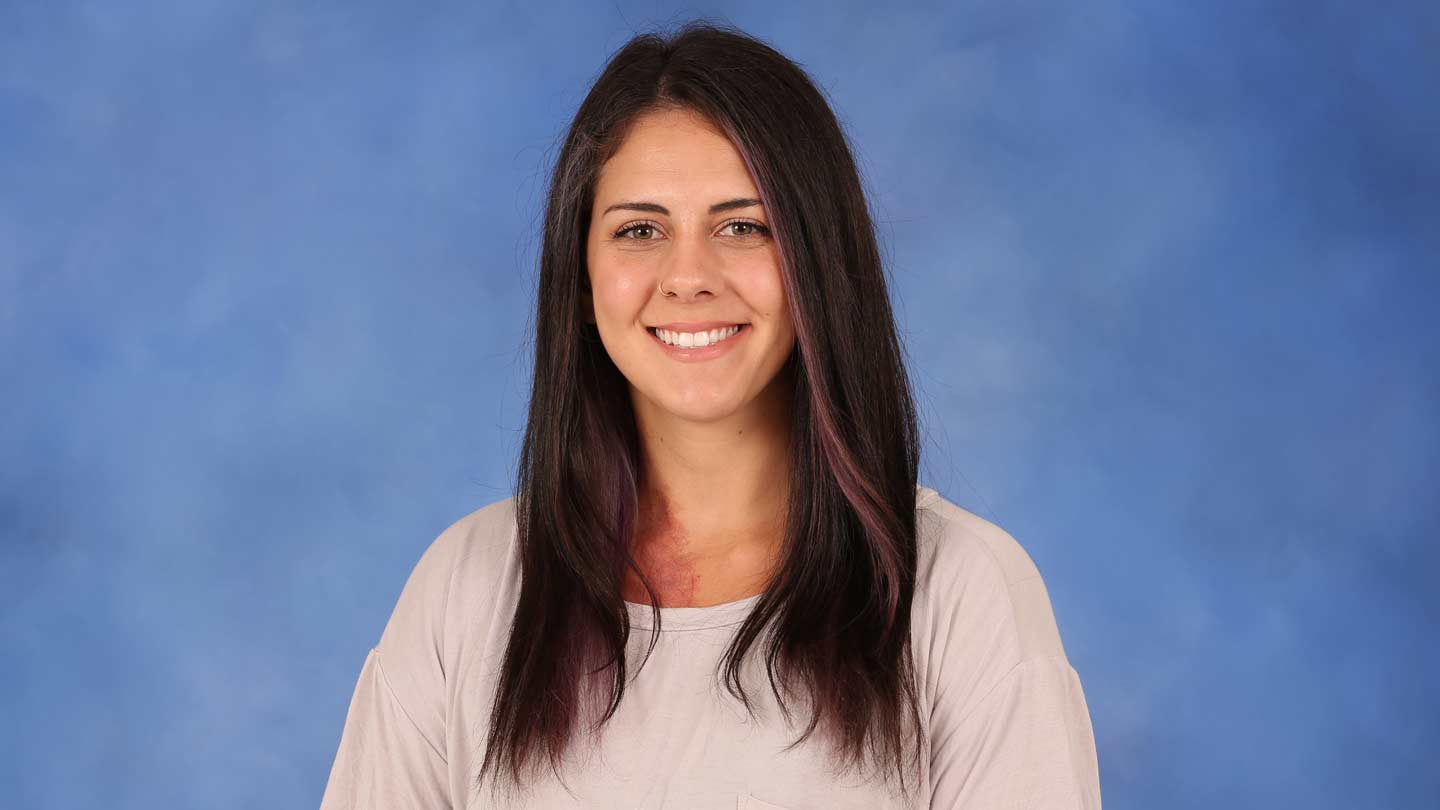 Katherine Davidson placed second in a poster contest at the virtual Coupling, Energetics and Dynamics of Atmospheric Regions (CEDAR) 2021 Workshop.

A second-year doctoral student in space science at The University of Alabama in Huntsville (UAH), a part of the University of Alabama System, placed second in a poster contest at the virtual Coupling, Energetics and Dynamics of Atmospheric Regions (CEDAR) 2021 Workshop with research that measures interactions during the light shows on Earth called auroras.

“I was really excited to hear that I had placed; it was really validating for me,” says Katherine Davidson, who is from Woodstock, Ga., and a first-time presenter. “Being a woman in STEM and being only in my first year of research, you can sometimes have doubts about whether you’re on the right path or not. But after winning, I feel much more confident about my research and just myself as a person.”

CEDAR is a focused global change program sponsored by the National Science Foundation. This year, 72 posters were competing from the U.S., Brazil, China, Germany, Peru, Taiwan, India and Iran. Students were evaluated on scientific content, the poster and an oral presentation.

Known as the Northern Lights or the Southern Lights, depending on latitude, auroras result from disturbances in Earth’s magnetosphere caused by solar wind. Predominantly seen in high latitudes, they create a natural light display.

“My research involves trying to quantify the coupling between the neutral particles and ions of the upper atmosphere,” Davidson says. “During an event called a substorm, high energy particles are injected into the high latitude ionosphere, causing the light phenomena known as the aurora.”

This excitation of the ionosphere leads to movement of the ions.

“Once the plasma starts to flow, the ions that make up the plasma will collide with the neutral particles, thus transferring momentum to the neutral atmosphere,” she says. “What I do is try to measure the rate at which this momentum is transferred, known as the coupling rate, and see how it changes with varying levels of geomagnetic activity.”

Her poster highlighted two substorm events that she has been studying.

Davidson is advised by Dr. Ying Zou, an assistant professor in the Department of Space Science.

“I was interested in Dr. Zou’s research since it involved the aurora, which I’ve always found fascinating,” she says. “Dr. Zou provided me with the basic knowledge and tools needed to explore our upper atmosphere, and helped me decide on my current project.”

Dr. Zou says that Davidson is encouraged to be the leader of the research project while she, as her advisor, plays the supporting role.

“I can see that she will soon grow into a young intelligent expert of her subject,” says Dr. Zou, adding that Davidson has an interest in the space environment close to the Earth and is good at data analysis.

“She has demonstrated several strengths that have paved the way for success,” Dr. Zou says. “For example, she embraces challenges, and works hard through them. She is open about her difficulties and obstacles, and is proactive in identifying resources that can help. She works and reports consistently, and trusts my advice.”

Davidson says she really enjoys the work she’s doing now, and would like to continue on this path into the future.

“I also would enjoy teaching, especially to be a role model to any woman thinking of pursuing a career in STEM,” she says.

“She is very motivated and passionate about research, and has a clear professional goal,” Dr. Zou says. “With these practices, there is no doubt that she will become a rising star in academia.”