UAH’s Aerophysics Research Center, where experimental and theoretical come together 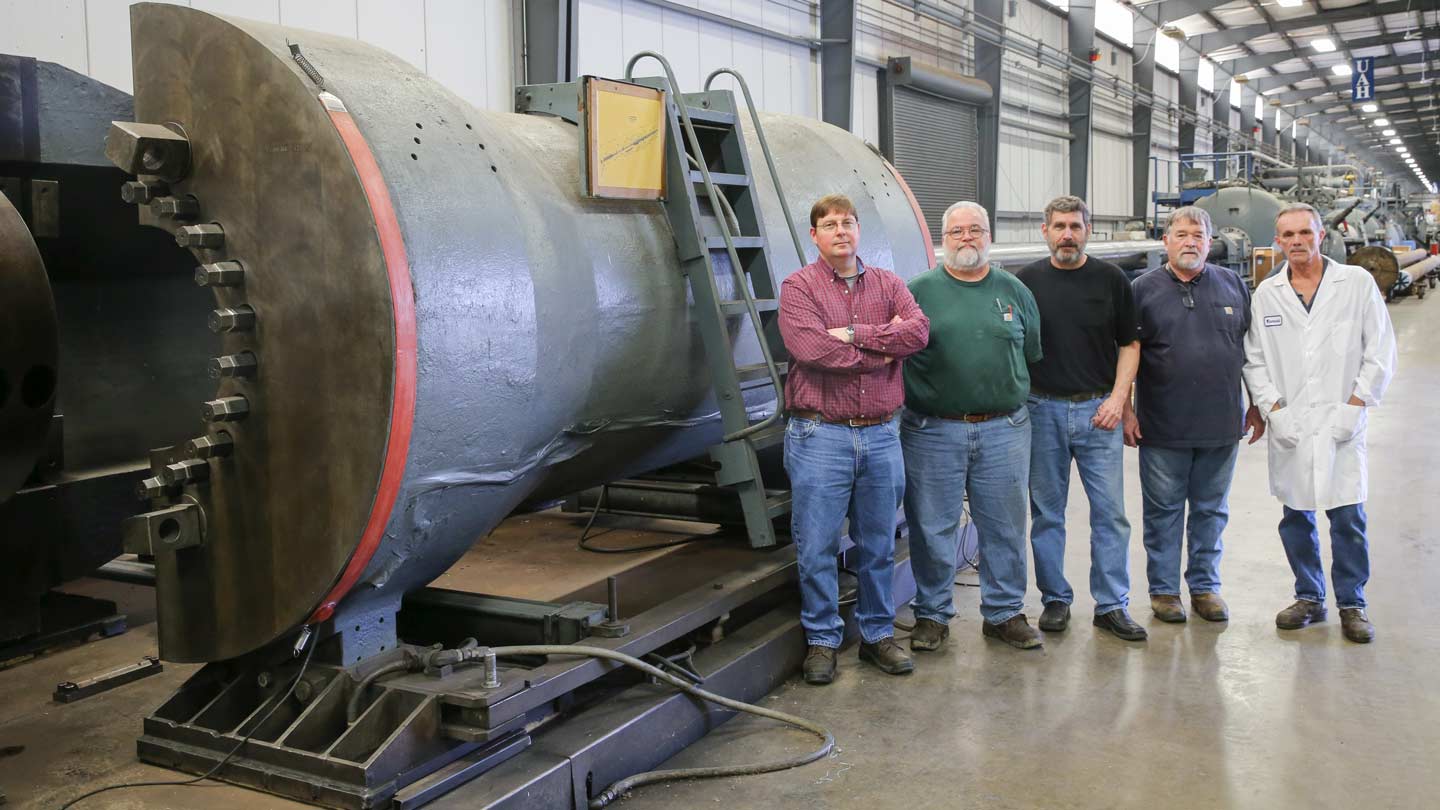 Impressive is the word that comes to mind when describing the UAH Aerophysics Research Center (ARC), an approximately 67,000-square-foot facility located on Redstone Arsenal where high-speed flight and impact testing are conducted.

Part of UAH’s Research Institute, the ARC features three two-stage light-gas gun systems that investigate the interactions of a high-speed vehicle and its environment. These systems have the unique capability of sustaining extremely high velocities at up to 7 kilometers per second, a rate 21 times faster than the speed of sound. Coupled to the gun systems are enclosed test chambers, which permit the imaging of air flowing around high-speed objects like missiles, as well as what happens when two materials collide at high speed.

According to Mark Zwiener, manager of the ARC’s range operations, this research helps inform theoretical and calibrate computational models in order to predict more complex events in a computer system. It also offers a much more cost-efficient alternative to actual testing. "When you do something in the lab, you can gain a lot of knowledge by testing in a controlled environment before you go out and actually conduct a live fire test," says Dr. Steve Messervy, director of the Research Institute. 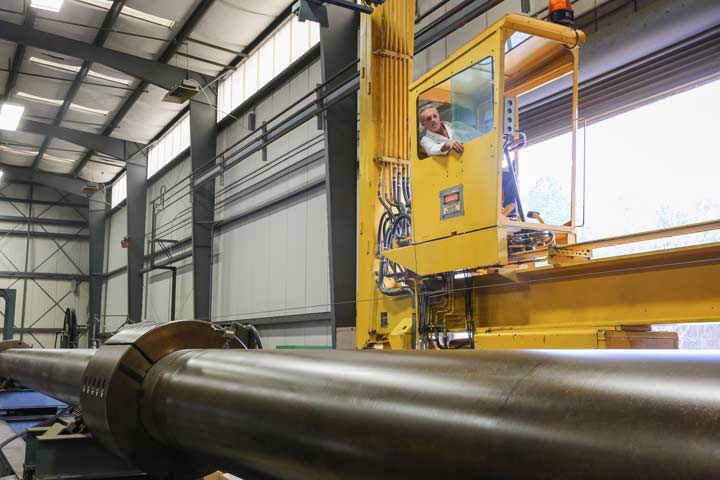 Anthony Wasmanski, ARC crew chief, at the controls of a 25-ton Gantry Crane, which is required for the assembly and operation of the large light-gas gun system.

Just as impressive as the facility itself are some of the ARC’s upcoming projects. Over the next three to four years, for example, the Center will help the Bureau of Alcohol, Tobacco, Firearms and Explosives (ATF) build their research on explosive forensics by collecting diagnostics on the sensitivities and performance of homemade type devices. These data can then be used by the ATF to train experts in police departments and homeland security that are charged with investigating explosive activities.

Dr. Messervy says the ARC is also slated to work with the Federal Aviation Administration (FAA) on the Airborne Collision Project, which examines the effects of unmanned aerial vehicles (UAVs) colliding with other aviation assets in an effort to build a larger database of what happens when these issues occur. UAH’s Rotorcraft Systems Engineering and Simulation Center, serving as the lead on this project, will perform the physics modeling and computational aspect, while the ARC will handle the experimental side.

Zwiener adds that experiments are often simplified because the cost and complexity of doing a high-fidelity experiment are limiting. So instead of impact testing the entire assembly of a UAV at really high speeds, for instance, critical components like the battery or motor are tested individually. "Then the computational folks can compare those results, and when they get the modeling of that pretty good, they can add it into the computer and run thousands and thousands of impact events," says Zwiener. These experiments act like benchmarks for computational models to then generate a probability spread of what kind of damage might be done. 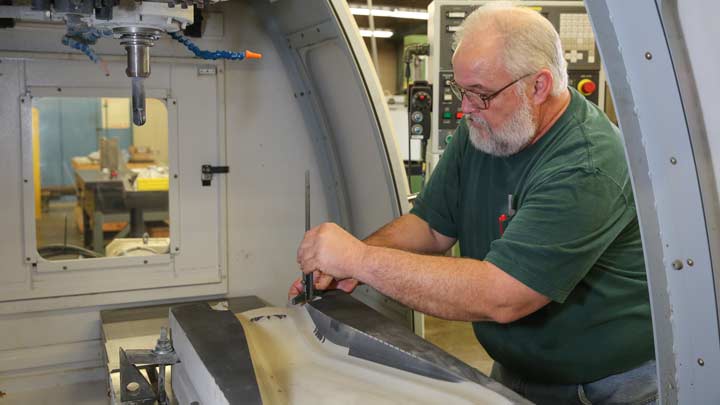 Clients often come to the ARC with a need for a certain type of information and don’t have the facility or assets to obtain it. "People have theories – they come up with models, but they have to come up with some data that verify what their predictions are from a statistical standpoint," says Dr. Messervy. Such was the case with a more recent project in which the ARC assisted a small business that was developing a novel method for materials characterization. The ARC worked with the principal investigator at UAH, Dr. Judith Schneider in UAH’s Department of Mechanical and Aerospace Engineering, to develop an experimental system to research this technique, which would greatly reduce the cost of collecting high-strain-rate data of metals such as steel.

To that end, Zwiener describes himself and his team as problem solvers, often providing customers with alternative experiments or approaches to get the data they need. "You have to like the challenge," says Zwiener. "You have to be a glutton for punishment, maybe because you’re going to fail. You can’t be afraid to be wrong."

Adds Dr. Messervy with a laugh, "Why do you think they call it research?"