UAH to host public discussion about multi-messenger astronomy on Nov. 20 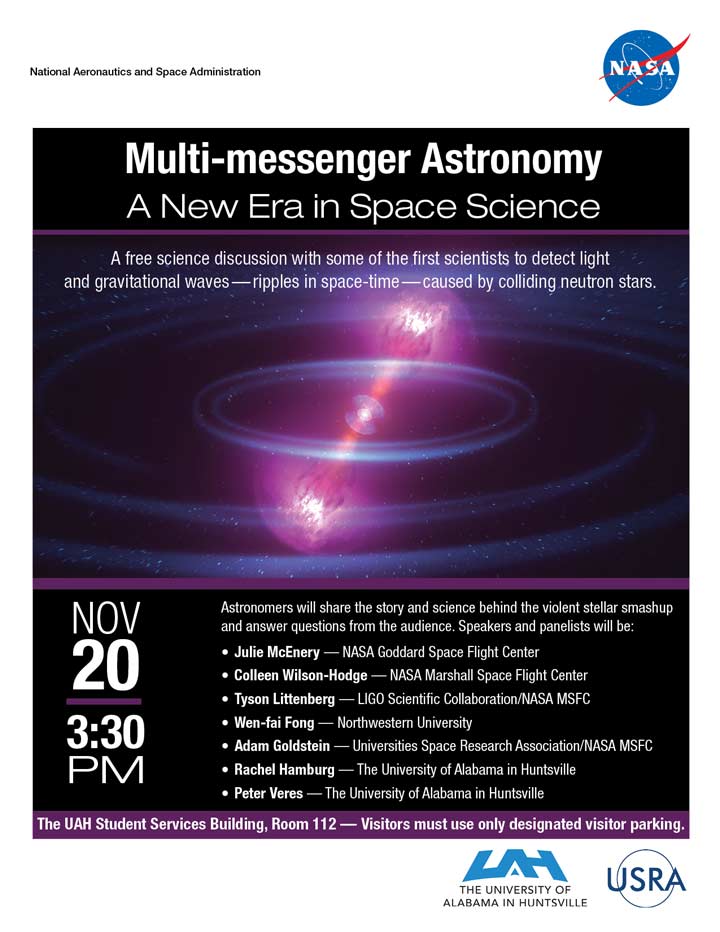 The University of Alabama in Huntsville (UAH) will host a free science discussion, "Multi-messenger Astronomy: A New Era in Space Science," at 3:30 p.m. on Monday, Nov. 20, in the Student Services Building, room 112. The event will bring together a panel of astronomers to share the story behind how a small team of Alabama scientists helped identify the Aug. 17 co-detection that confirmed the origin of short gamma-ray bursts.

"The observation of the merger of two neutron stars on Aug. 17 by their emissions of gravitational waves and light across the electromagnetic spectrum, from radio to gamma rays, is the start of multi-messenger astronomy – observations by more than light," says Dr. Michael Briggs, assistant director of UAH’s Center for Space Plasma and Aeronomic Research and a member of its Gamma-Ray Astrophysics Team. "These observations showed new characteristics of the short gamma-ray burst that resulted from the merger and showed that the gravity travels at the same speed as light."

The event’s speakers include the following:

The media is also invited to conduct one-on-one interviews with participants beginning at 3 p.m. in room 114 of the Student Services Building.