UAH collaboration with NASA has ‘changed the textbooks’ 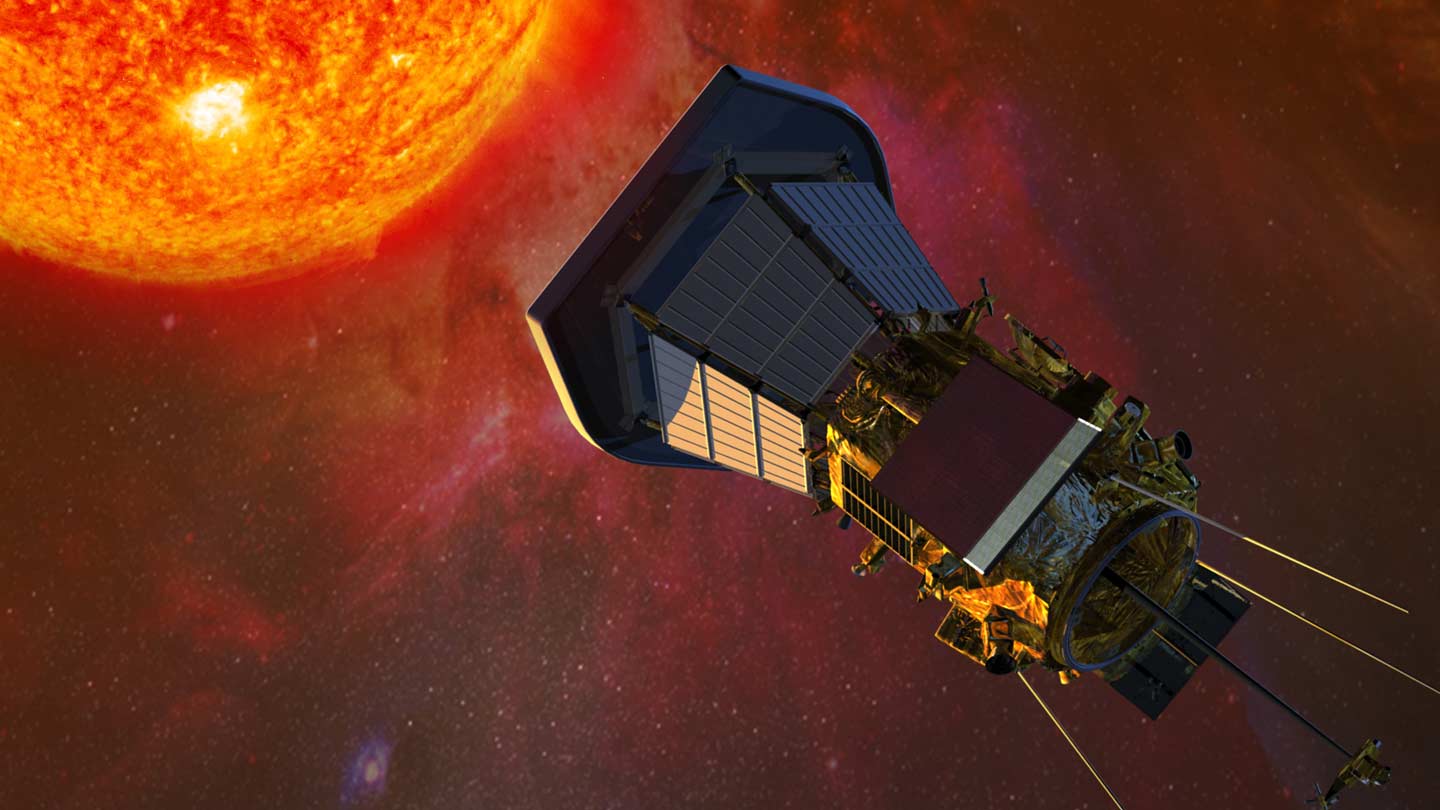 A Faraday cup developed by a UAH-Marshall Space Flight Center- Smithsonian Astrophysical Observatory partnership is one of only two instruments riding alongside the shield of NASA’s Solar Probe Plus, in the full force of supersonic solar particles and radiation.
NASA

If it weren’t for the unique and decades-long collaboration between NASA’s Marshall Space Flight Center (MSFC) and The University of Alabama in Huntsville (UAH), Dr. Michael Brigg’s research might not ever have gotten off the ground.

Instead, bolstered by close cooperation among the NASA and university scientists working in UAH’s Cramer Hall, Dr. Briggs and his fellow researchers have made groundbreaking discoveries about gamma-ray bursts originating from outer space and from our own planet – including detection of the largest gamma ray burst ever observed.

"Our research is based on being a part of the research team that conducted a joint effort on the Burst and Transient Source Experiment (BATSE) with the Compton Gamma Ray Observatory, and on the Gamma-ray Burst Monitor (GBM) on the Fermi Large Space Telescope," says Dr. Briggs, who is the assistant director of UAH’s Center for Space Plasma and Aeronomic Research (CSPAR).

More discoveries may be on the way. Dr. Briggs is currently using the GBM – designed and tested by UAH, NASA/MSFC and the Max Planck Institute for Extraterrestrial Physics in Germany – to probe whether the merger of two neutron stars that creates the gravitational waves recently detected by the LIGO group also is the source of short gamma ray bursts in space. The GBM detects about 850 of them a year.

We truly have a unique partnership among the residents of the NSSTC. UAH and Universities Space Research Association colleagues work together with NASA to accomplish amazing research outcomes that are beneficial worldwide.

And in 2018, the launch of the Terrestrial RaYs Analysis and Detection (TRYAD) mission will put a gamma ray detector now being designed by three UAH undergraduate students into space to study terrestrial gamma ray flashes (TGFs) that originate from thunderstorms.

One UAH building in particular, Cramer Hall, is home to the National Space Science and Technology Center (NSSTC) and a crucible of collaboration that creates intellectual alloy from the everyday blending of NASA personnel, UAH faculty and staff, and the university’s students. Dr. Briggs says the arrangement is advantageous.

"We are co-located and we work seamlessly together," he says.

The NSSTC is truly a one of a kind research center, says Cindy Upton, MSFC Science and Technology Office operations lead and NSSTC facility manager. "Because we are allowed to work in a predominately academic environment every single day, we benefit by being exposed to new ideas and new energy."

The combined research teams have literally "changed the textbooks" with their research, says Upton, whose NASA roles include managing the UAH-MSFC cooperative agreement, federal and state regulations compliance and managing the workings of the partnership. 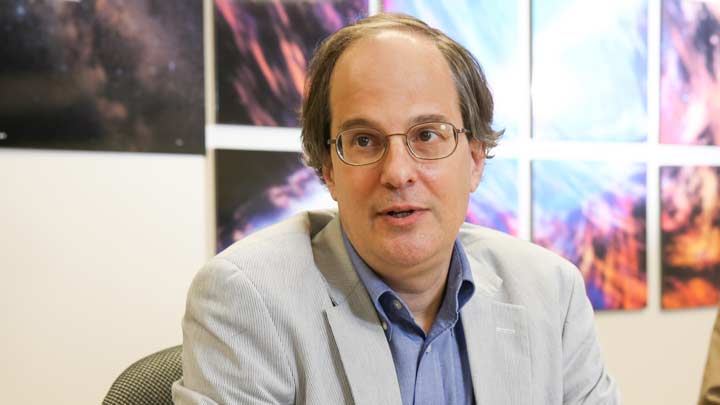 "We truly have a unique partnership among the residents of the NSSTC. UAH and Universities Space Research Association (USRA) colleagues work together with NASA to accomplish amazing research outcomes that are beneficial worldwide," Upton says.

"We often work alongside UAH professors and their students, and that interaction means that we have the wonderful opportunity to keep reaching for the next big idea and push our research into the next realm," she says.

"We stay on top of our game better when we are challenged by an out of the box approach or a question on the status quo. We have the ability to partner with professors who have worldwide respect in their fields," says Upton. "We are able to work with people from all over the world and our scientists can benefit from the combined experience base as the research goes forward. We see outcomes all the time as our colleagues travel the world to discuss their work as a unified team."

MSFC’s space scientists share the same physical space on an equal footing with UAH Department of Space Science (SPA) and CSPAR scientists, "unlike almost every other NASA-university relationship," says Dr. Gary Zank, chair of SPA and director of CSPAR.

"Here, we are completely mixed together and talk to one another in a departmental/center/MSFC setting, making it a seamless and highly engaged relationship," says Dr. Zank, who was a catalyst for CSPAR to move to NSSTC when he came to UAH in 2008. "This makes it very easy to build science partnerships, bring new ideas to each other, talk over coffee or around the water fountain or on the way to the car."

The collective benefits of having 70 or so scientists with similar interests all in one building are enormous, he says. 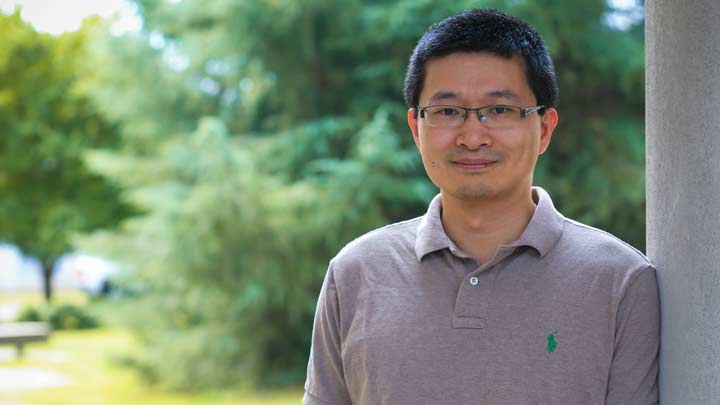 "MSFC has a strong focus on experimental programs that as a university UAH cannot easily afford in the areas of solar physics, astrophysics – gamma ray and X-ray especially – and dust. UAH adds to those our expertise in theory and computation in space physics," says Dr. Zank. "So MSFC brings access to slightly different but related disciplines and uses different techniques. So students, staff, faculty at UAH benefit immensely from having access to different disciplines while enjoying the academic programs at CSPAR/SPA."

UAH contributes complementary research expertise and energetic students to MSFC programs. SPA/CSPAR and MSFC scientists teach classes that reflect subjects in which they want the students to be trained and knowledgeable so the bond helps MSFC employ post-doctoral researchers and scientists, Dr. Zank says.

Other fruits of collaboration are the Solar Probe Plus SWEAP project and CSPAR principal research scientist Dr. Jim Adams' project to develop the Extreme Universe Space Observatory onboard the Japanese Experiment Module (JEM-EUSO), a new type of observatory that will utilize very large volumes of the Earth's atmosphere as a detector of the most energetic particles in the universe. Equally important are multiple smaller projects that range from NASA’s Heliopause Electrostatic Rapid Transit System Electric Sail (HERTS E-Sail) to writing joint scientific papers with CSPAR/SPA and MSFC authors on many different topics.

While benefiting from MSFC through involvement in fields and disciplines in which SPA faculty do not engage and in experimental programs including solar physics, students bring to MSFC a smart, motivated and young cadre to work on projects.

"They are inexpensive, have more time and bring fresh ideas as well," Dr. Zank says. "They are happy to work at all hours. They often have fresh skills, especially in information technology. So it's enormously beneficial to MSFC, and the cost-benefit ratio is very favorable." 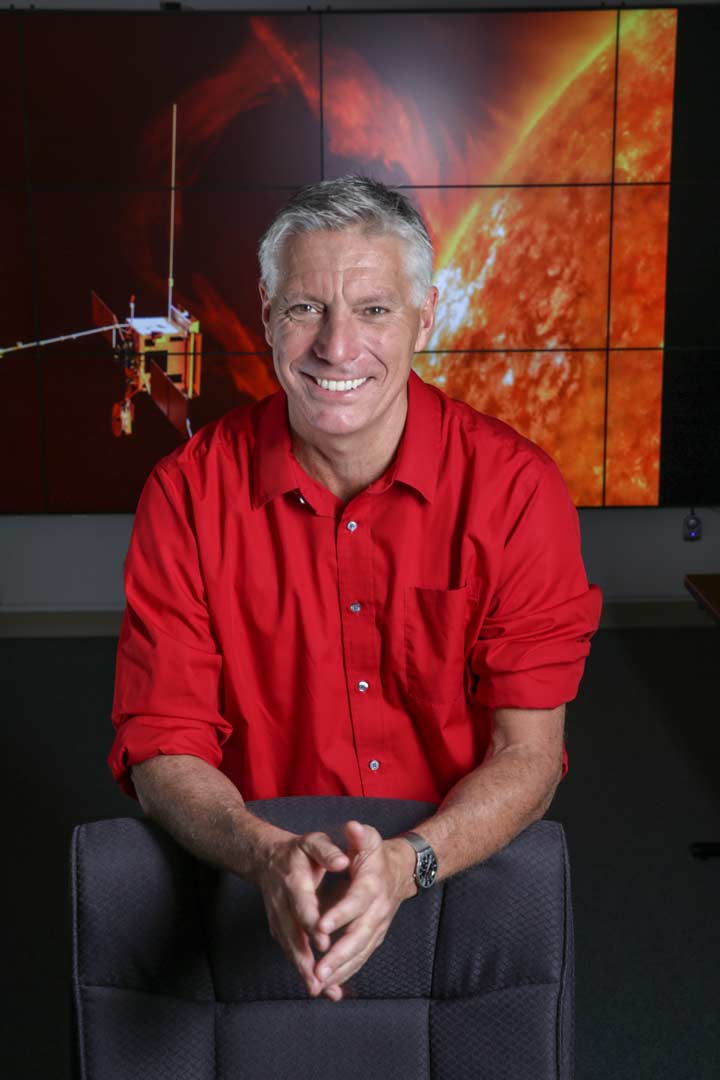 The level of collaboration is “unlike almost every other NASA-university relationship,” says Dr. Gary Zank, chair of UAH’s Department of Space Science and director of its Center for Space Plasma and Aeronomic Research
Michael Mercier | UAH

Dr. Ming Sun, a UAH assistant professor of physics, and his students rely heavily on the MSFC-managed Chandra X-Ray Observatory to make research discoveries such as their recent use of observations of galaxy clusters to empirically measure the rate at which the universe expands, or their observation of the second-strongest merger shock in clusters of galaxies ever seen.

"Both research projects used the Chandra data, and the Chandra data account for over 95 percent of the results," Dr. Sun says. "Of course, these projects are impossible without Chandra. We discussed with MSFC researchers the Chandra calibration and analysis. Their expertise on Chandra is a great resource for us."

"Collaborations between the UAH optics researchers with the X-ray group in MSFC are supported by external grants," Dr. Sun says. "We bring our important, different expertise together to form new research ideas and projects, and together we educate and develop future scientists."

At graduation, the student alloy from the crucible is forged into a new workforce.

"And a lot of our students end up getting hired by NASA," says Dr. Thomas Koshut, UAH associate vice president for research and economic development. "After all, it’s a great fit, since NASA got to shape them all along in their academic endeavors."

These partnerships are important because knowledge discovery is different than most of the other work that NASA does, says Upton, the NASA partnership manager.

"When we build hardware or need something specific done, it’s relatively easy to define requirements and deliverables and go through whatever process is needed to have that met," she says. "In the case of scientific research, we can’t simply write down what specific skills we need and ask someone to find those people."

Instead, she says, scientific research is based more on the collaborative relationship with individuals whose expertise is needed to complement or supplement what NASA has already.

"UAH does a wonderful job of working alongside us, and the best part is that we are all equally excited when great things happen and we want to continue on the journey together," Upton says. "That’s the sign that we are successful as a team."