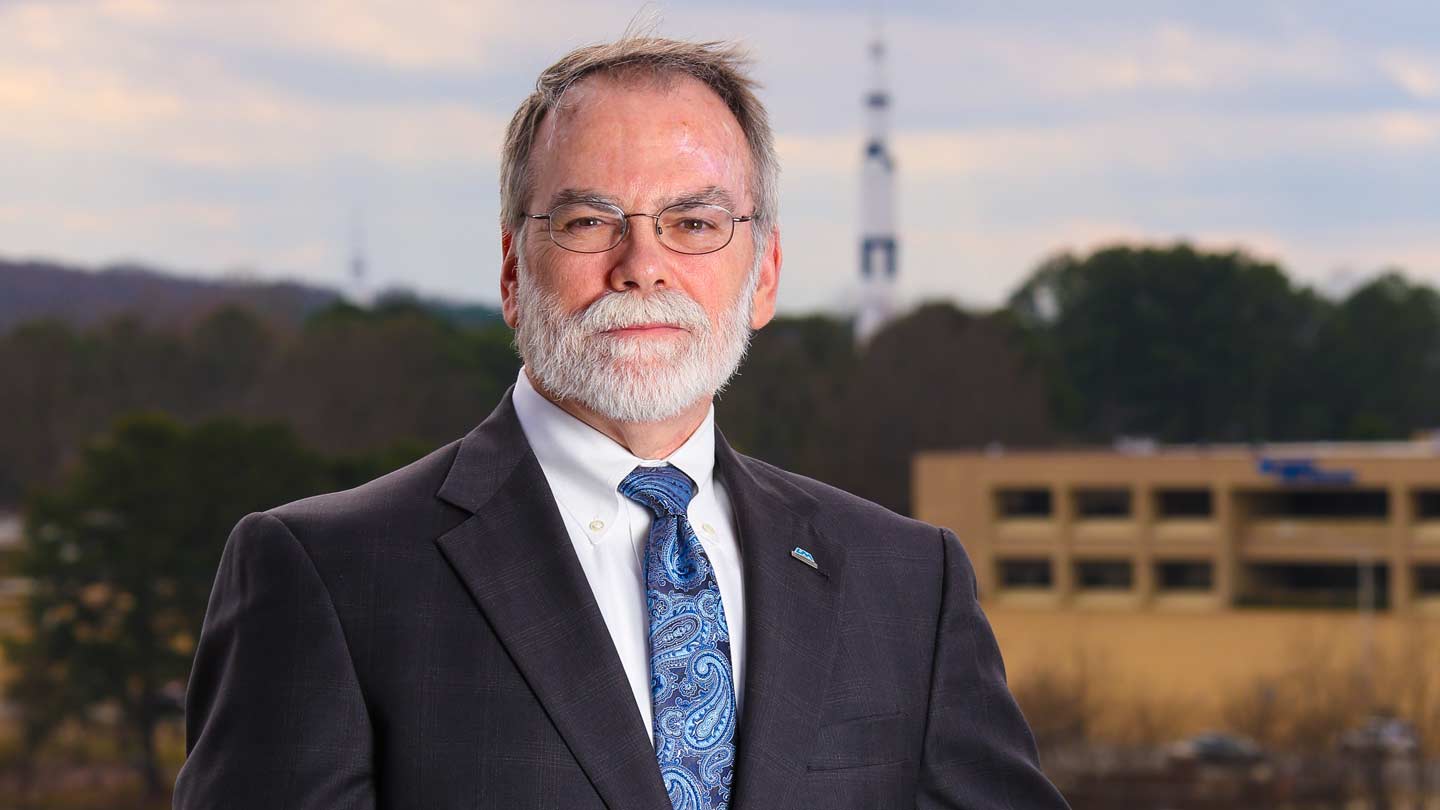 "To the best of my knowledge, there has never been a student-developed CubeSat to fly outside LEO," says ASGC Director Dale Thomas. "And it will be exceptionally challenging."

An effort by Alabama Space Grant Consortium (ASGC) members to design and build the first in a planned series of statewide collaborative cube satellites (CubeSats) will be the focus of a workshop Nov. 9 from 9 a.m. to 4 p.m. at the Educator Training Facility at the U.S. Space and Rocket Center.

The first collaborative ASGC CubeSat project will carry a gamma-ray burst (GRB) detector to be placed in the vicinity of the moon to detect short gamma-ray bursts.

Proposed by Dr. Michael Briggs, assistant director of UAH’s Center for Space Plasma and Aeronomic Research (CSPAR) and a principal research scientist, the project was selected from four ASGC member submissions by Dr. David Beale, ASGC campus director for Auburn University and the principal investigator for the Alabama CubeSat Initiative.

Multi-messenger observations, in the electromagnetic spectrum and by a non-electromagnetic signal, can provide fundamentally new physics and astrophysics results that align with the first broad scientific question for NASA astrophysics: How does the universe work?

Flying a CubeSat outside low Earth orbit (LEO) involves entering a space environment that is more hostile outside the Earth’s van Allen belts. It also becomes progressively harder to communicate over the longer distances.

On Oct. 16, the Alabama Space Authority passed a resolution supporting the Alabama CubeSat Initiative. The intent of the initiative is to ramp up a system by which ASGC members will eventually fly one collaborative CubeSat per year.

"This initiative is one element of the ASGC strategy to enable the Alabama economy to grow as the space economy grows," Dr. Thomas says. "The space economy was at $385 billion in 2017, is growing at an annual rate of 7 percent and is forecast to reach $1.5 trillion by 2040, according to the U.S. Chamber of Commerce. Alabama can benefit greatly from this new opportunity if we prepare."

Startup funds of $1,000 have been provided to each Alabama CubeSat Initiative subsystem team, and faculty advisors are integrating design efforts into university curricula as senior design projects. The collaborative effort is expected to involve over 100 students from all seven universities during academic year 2018-2019.

ASGC is currently soliciting corporate and individual sponsors for the initiative. Interested sponsors can contact Dr. Thomas at dale.thomas@uah.edu.

Over 100 students and faculty from all seven ASGC members are expected for the Huntsville workshop.

"The workshop is necessary to get the teams from the various universities working together – everyone on the same page, if you will," says Dr. Thomas. "As such, it is a critically important first step."

Workshop topics will cover the main payload and science, systems engineering, thermal protection and control, power systems, attitude determination and control, communication systems, and structures and deployment mechanisms. Academic and industry mentors will speak and coach those involved in the project.

"One objective of this initiative is to help students learn to work in geographically dispersed teams. Such an arrangement is rapidly becoming the norm rather than the exception," Dr. Thomas says. "Very few complex system developments today are undertaken within a single organization or at a single location. This initiative will equip participating students with skills to cope with the challenges that such a project entails."

Another objective is to familiarize students with the challenges unique to spacecraft design and development, he says.

"This project will let students see the progression of a system from concept through design through integration and testing and ultimately operations," Dr. Thomas says. "As such, they will benefit from an academic experience that is typically acquired during their early years on the job."