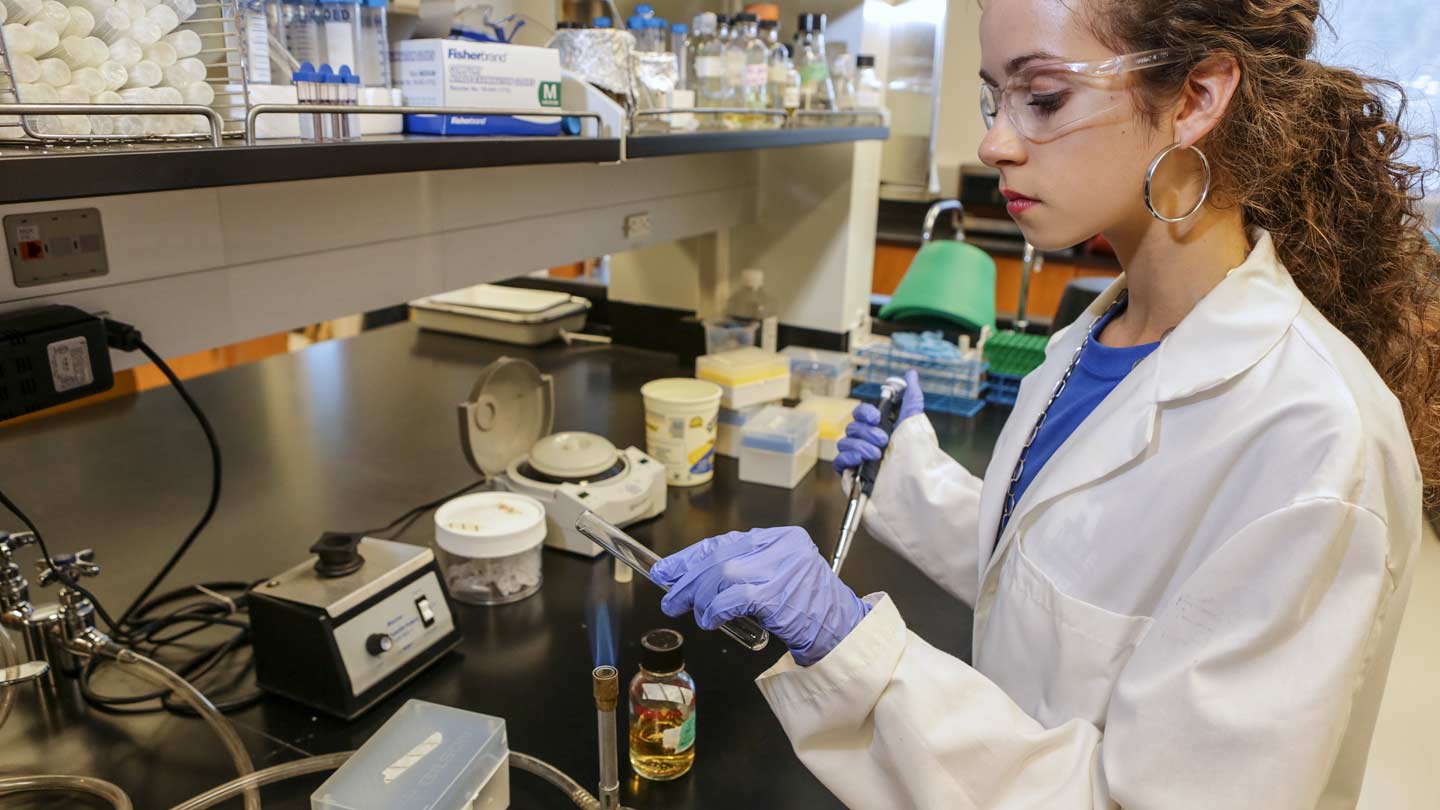 Thanks to research universities like UAH, Alabama is enjoying an unprecedented ramp up in its bioscience industry.

The nation’s bioscience industry is rapidly becoming an economic driver according to a recent report from the Biotechnology Innovation Organization, generating $2 trillion in annual economic impact and employing more than 1.74 million people. And true to the adage that a rising tide lifts all boats, Alabama is also enjoying an unprecedented ramp up in this sector, with much of the growth concentrated in the state’s research universities. These institutions account for $631 million in bioscience-related R&D expenditures annually, which is not only equivalent to 69 percent of all academic R&D in the state but it’s also well above the national average. At the same time, they receive nearly $298 million in funding each year from the National Institutes of Health (NIH). 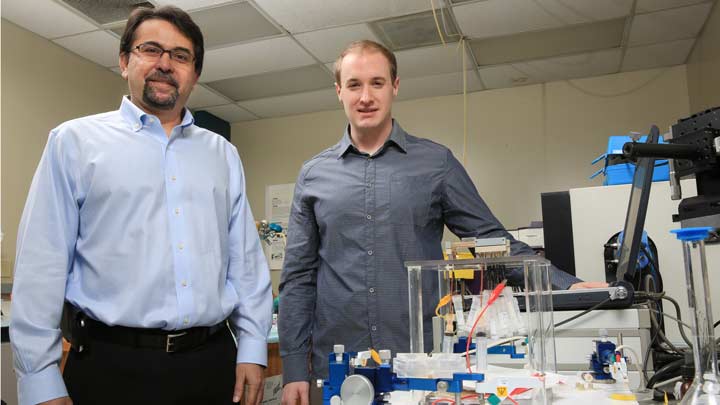 UAH’s Office of Technology Commercialization, led by Kannan Grant (left), serves as a liaison between university innovators and industry investors.

In 2012, The University of Alabama in Huntsville (UAH) codified as a priority its intention to become a recognized leader in the area of biotechnology education and research in "Expanding Horizons–A Strategic Plan: 2013-2020." Pursuant to that priority was the need to increase expenditures and funding from sources like the NIH, which would support the collaborative efforts of the university’s academic and institutional research units.

Today the university is well on its way to achieving that objective. Since 2012, it has received more than $2 million in NIH funding, while making available several new biotechnologies for the marketplace through its Office of Technology Commercialization (OTC). These include the development of anti-fungal technologies, a method of extracting lipids from algae without dewatering, a microfabricated oligonucleotide synthesis tool, a chemically assisted rapid algae harvesting technique, a technique to produce recombinant proteins for crystallization using polymerase chain reaction-based gene synthesis, over the counter rapid detection of chlamydia, a novel T-cell immunotherapy that uses nanoparticles, and a new way to deliver nucleic acids using a polyethylene imine-cytokine conjugate. 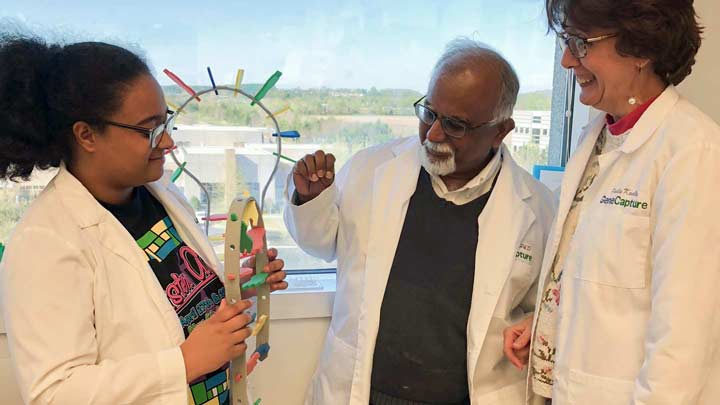 Several startups have also spun off. Gene Capture, which has successfully demonstrated a completely new process for rapidly determining the genetic signature of a pathogen, is the brainchild of Dr. Krishnan Chittur, a professor emeritus in UAH’s Department of Chemical and Materials Engineering, UAH biology professor Dr. Joseph Ng, UAH adjunct professor Dr. Mark Pusey, and UAH alumnus Jeff Dowell. The disposable test cartridge is about the size of a smartphone and can analyze a human or animal sample to detect the presence of a broad range of specific bacteria, viruses, or fungi in less than an hour. Dr. Ng is also the founder of iXpress Genes, which specializes in protein services and instrumentation, and protein and genetic engineering research, and enjoys exclusive access to a suite of hyperthermophilic genomes from the deep-sea vents of the Atlantic Ridge. Both companies are located on the campus of the HudsonAlpha Institute for Biotechnology, a not-for-profit biotechnology organization co-founded by UAH alumnus Jim Hudson and located in Cummings Research Park. 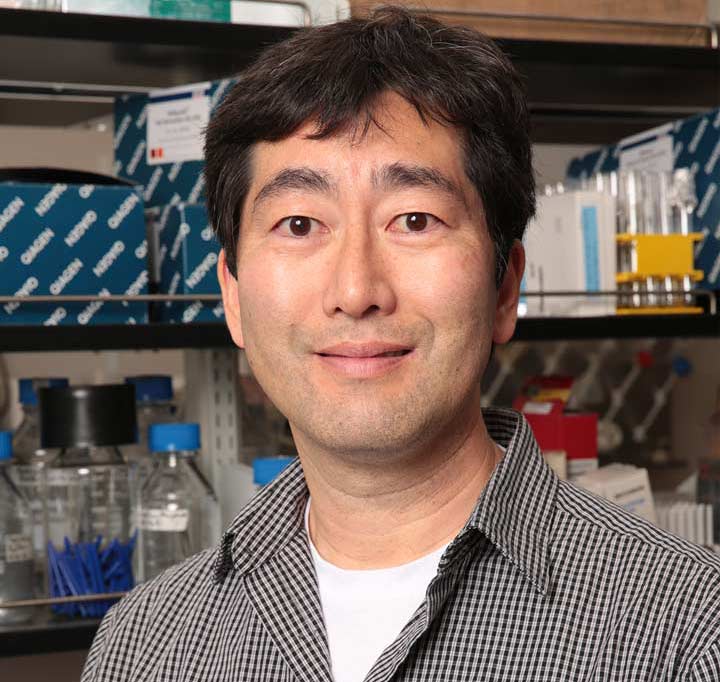 "North Alabama has a very robust and thriving defense and aerospace industry, but with the same mindset and expertise, we can diversify our economy by continuing to develop an equally robust biotechnology industry," says Kannan Grant, OTC director. "We have done exceptionally well and need to continue on that trajectory – and our efforts should not just stop with biotechnology. We need to look at other industries as well, such as automotive, software, cybersecurity, and alternative energy technologies."

For Dr. Jerome Baudry, endowed Mrs. Pei-Ling Chan Eminent Scholar and professor in UAH’s Department of Biological Sciences, the opportunities afforded by both the university and its location have been integral to his ability to use high performance computing to push drug target and hit discovery into prediction of pre-clinical and clinical outcomes. "I moved my research laboratory to UAH to leverage an academic and industrial R&D environment that is unique in the nation, thanks to UAH, the HudsonAlpha Institute of Biotechnology, and the many biotech companies in Cummings Research Park and beyond," he says. "By integrating my own academic R&D laboratory with industrial partners, I have seen the differences it makes to do my research here at UAH and in the Huntsville community." 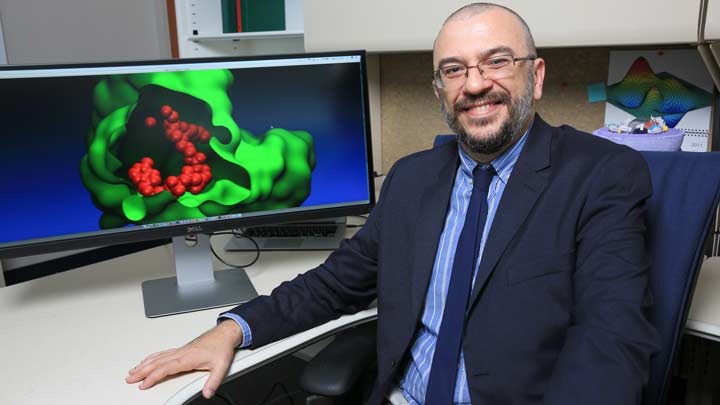 And he is far from the only one. Dr. Surangi Jayawardena, an assistant professor of chemistry, has been able to successfully harness the resources of both the university and the community to further her research designing point-of-care rapid diagnostic kits for pathogenic bacteria and exploring anti-infective nanotherapeutics to treat nosocomial infections. "I synthesize my own nanomaterials and make the surface modifications to do biological conjugation to target microorganisms," she says. In return, her rarefied skill set – like Dr. Baudry’s – not only enhances UAH’s reputation but also that of the North Alabama region. "I’m really glad to be here at UAH, because I bring a different angle to research, one that is geared toward medical applications," she says.

Complementing these research efforts are the university’s academic programs, which serve as a pipeline for the region’s workforce. Today’s students – and tomorrow’s bioscience pioneers – have seven to choose from: Bachelor of Science degrees in chemistry with a concentration in biochemistry, in biology with concentrations in microbiology and biochemistry, and in chemical engineering with a concentration in biotechnology; Master of Science degrees in biology and in chemistry; and doctoral degrees in biotechnology science and engineering and in nursing science. 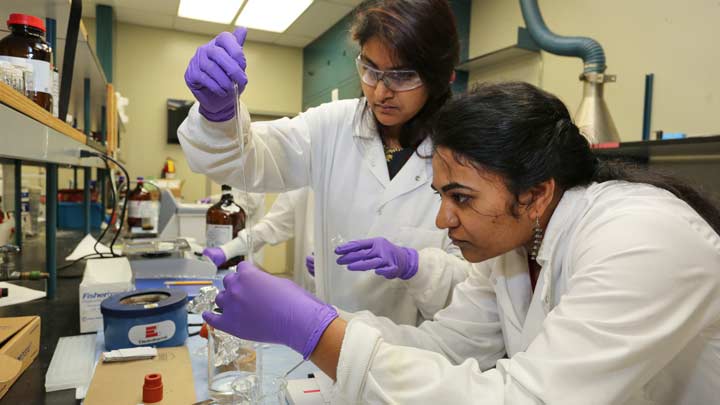 "An omics revolution is occurring in healthcare, and nurses are in a key position to be part of interdisciplinary teams who make scientific discoveries in biology at the molecular level that impact human health and the environment," says Dr. Pam O’Neal, an associate professor in UAH’s College of Nursing. "Breakthroughs in disease treatment and health promotion with personalized medicine approaches will change the future of healthcare. With this program, we are on the frontier of exploring methods to improve and manage health by investigating genomics, proteomics, transcriptomics, epigenomics, pharmacogenomics, microbiomics, and exposomics." 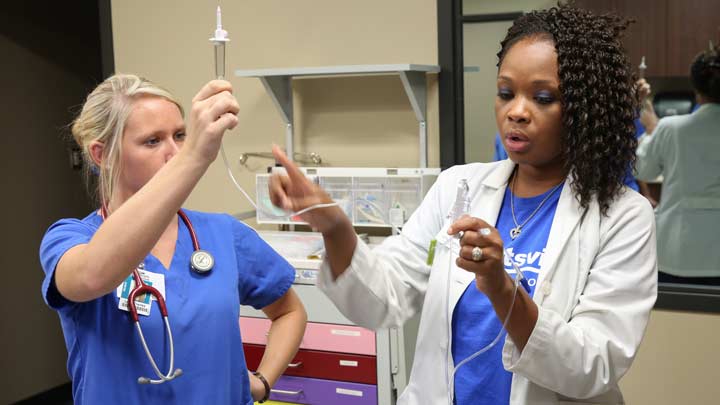 The College of Nursing’s new Ph.D. in Nursing Science reflects the omics revolution is occurring in healthcare, while its Nursing and Aerospace Committee addresses the current conditions of nursing and the aerospace industry.

Equally focused on the frontier of healthcare, but one much farther afield, is the College’s Nursing and Aerospace Committee. Since 1970, it has been involved in space programs and research activities, partnering with not just UAH’s Colleges of Science and Engineering, but also with commercial and federal entities like the U.S. Space & Rocket Center and NASA’s Marshall Space Flight Center. "The College has played a significant role in the history of aerospace nursing with its ties to the formation of the Space Nursing Society and given the current conditions of nursing and the aerospace industry," says Dr. Azita Amiri, an assistant professor of nursing and the committee’s chair. "And it will continue to play a significant role in shaping this specialty by conducting research, collaborating with other institutes, and increasing humanity’s knowledge about advances in aerospace nursing." 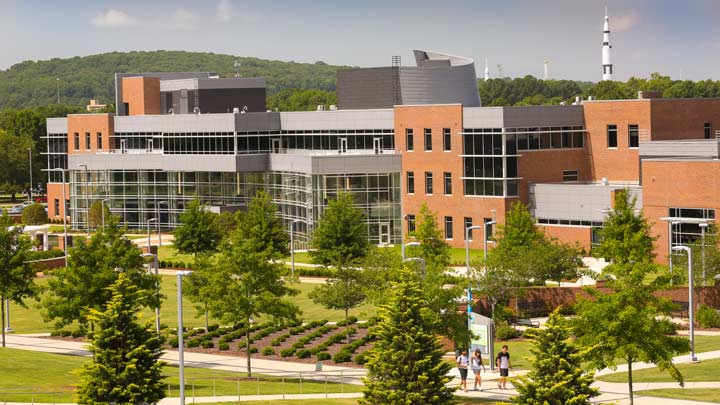 UAH’s commitment to becoming a recognized leader in the area of biotechnology education and research is being realized with the support of its academic and industry partners across the North Alabama region.

While there are many more examples to share about the ways UAH has endeavored to fulfill its commitment to be a recognized leader in biotechnology, what binds them all together is vision – the university’s vision to be a preeminent, comprehensive, technological research-intensive university known for inspiring and instilling the spirit of discovery, the ability to solve complex problems, and a passion for improving the human condition. This, in turn, is combined with a much larger vision, one that sees the region and the state at the forefront of the bioscience industry and growing through the support of trade organizations like BIO Alabama, which represents Alabama’s bio-related industries, research scientists, and clinicians. Working together, we can ensure that the upward trend that has characterized the last decade will continue well into the future, to the benefit of all involved.