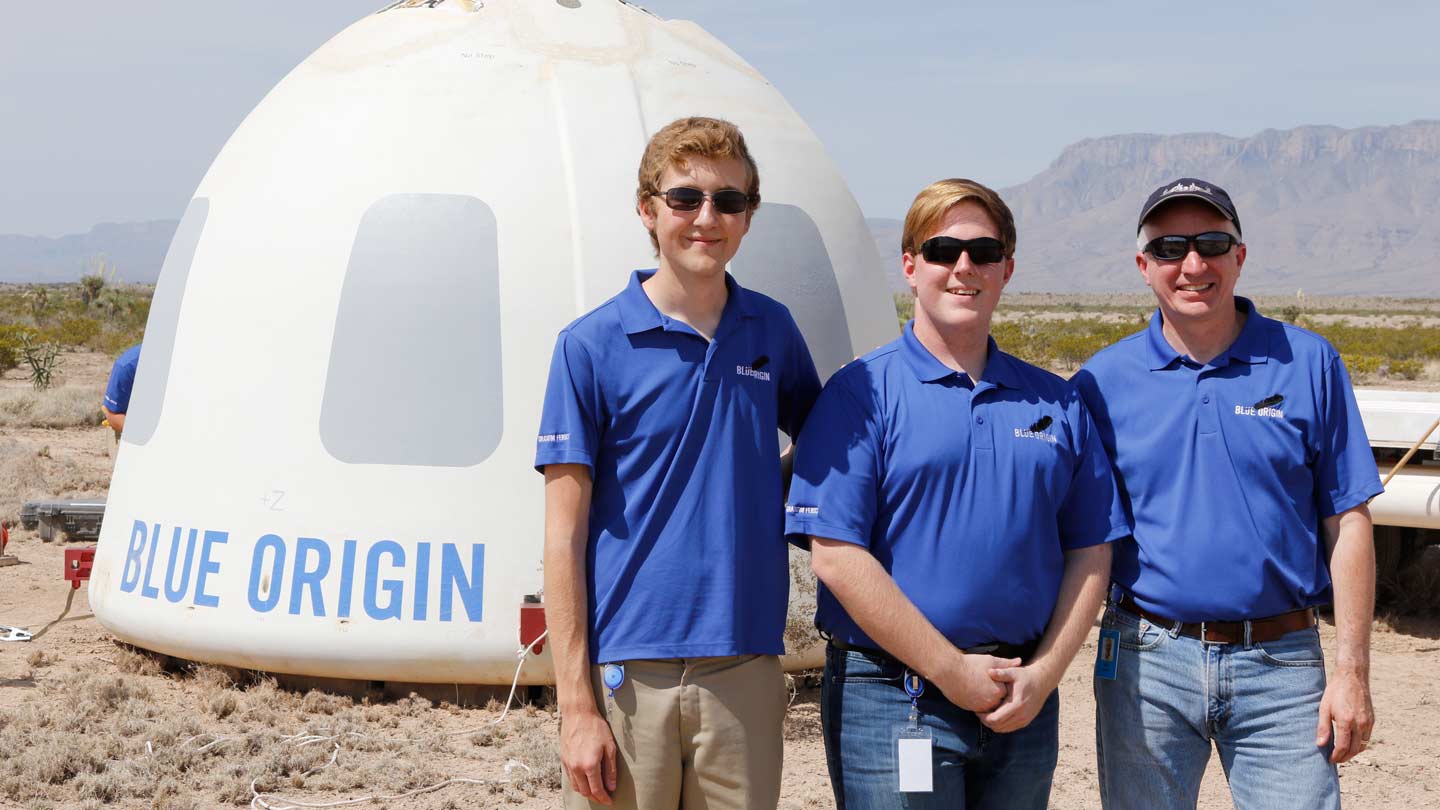 Blue Origin may be best known for its reusable launch system, New Shepard, which successfully exceeded 330,000 feet in altitude before returning safely to Earth. But Robert Hicks found himself "firmly on the ground" during the three months he spent as a propulsion development intern at the company’s engine- and flight-testing facility in Van Horn, Texas. "It was amazing," says the senior aerospace engineering major at The University of Alabama in Huntsville (UAH). "The experience was beyond comparison to anything I’ve done in school or in previous internships."

Hicks, who also works as an undergraduate research assistant for UAH’s Propulsion Research Center, can actually pinpoint the moment his passion for the aerospace industry took flight. "When I was in second grade, my parents took me to see the launch of the space shuttle at Cape Canaveral," he says. "It actually took three times, and when I saw it, I was like, I want to do that – whether it’s as an astronaut or an engineer, I want to build or fly that!" That milestone moment was followed by multiple trips to Huntsville to attend Space Camp, which in turn led to Hicks enrolling at UAH to pursue a degree in aerospace engineering.

It was better than what I thought it was going to be – it was bigger, louder, everything.

"I started getting more interested in designing and building these space vehicles rather than being in them," he says, "and UAH had what I wanted to do, which is propulsion." To get hands-on experience as a student, Hicks also took part in an 18-month co-op as a research technician at the Boeing Company. "Initially I worked on NASA’s docking system, and then I worked on the CST-100 star liner," he says, referring to Boeing’s vehicle for transferring crew to the International Space Station. "I did that for 20 hours a week in addition to having a full-time course load."

By junior year, Hicks decided to dedicate himself more fully to his academic education. He enrolled in UAH’s Joint Undergraduate Master’s Program (JUMP), and began taking graduate level courses to put toward a master’s degree in aerospace systems engineering. He also set about securing an internship that he could complete the summer before his senior year. "I had been looking at Blue Origin for a few years, so when I saw the internship on their website, I applied," he says. 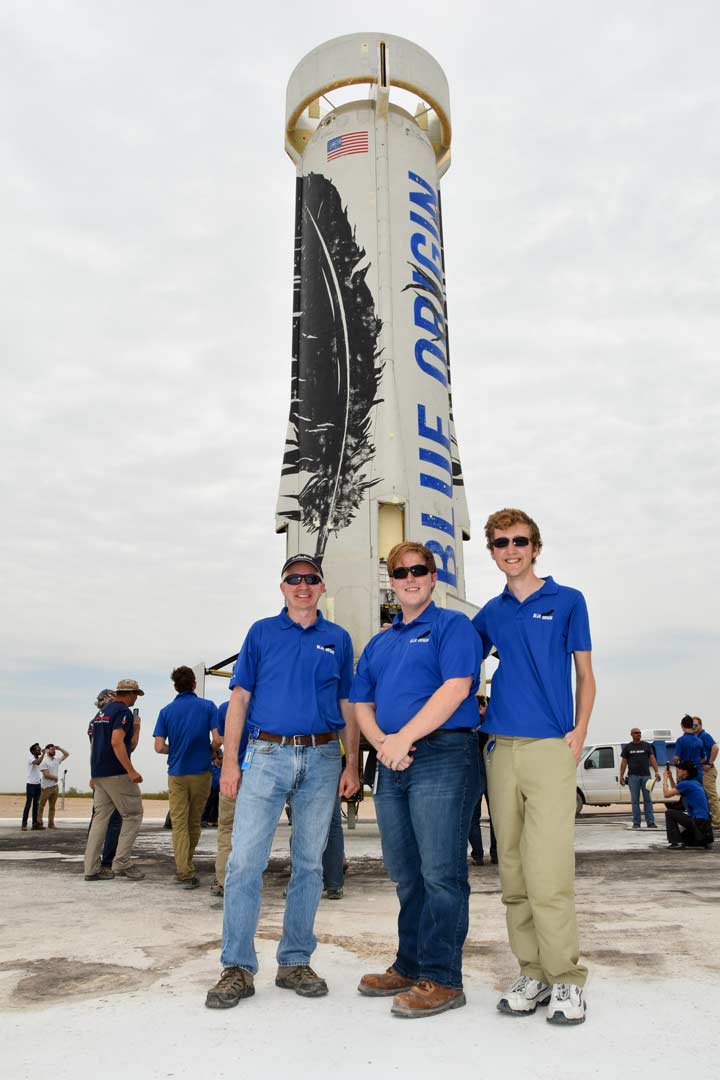 As an intern, Hicks (center) worked with the engine development team.
Courtesy of Blue Origin

Shortly thereafter, Hicks received an email inviting him to take part in a phone interview with a Blue Origin employee – and UAH alumna – propulsion engineer Michelle Christensen. "It was technical and hard, and by the end I was sweating," he laughs. A few days later, they offered him the job. "I just lost it," he says. "I screamed quietly to myself, and then when I hung up the phone with them, I screamed some more."

Hicks ended up driving the 1,250 miles from Huntsville to Van Horn, using the time to listen to "Into the Black: The Extraordinary Untold Story of the First Flight of the Space" and "Breaking the Chains of Gravity: The Story of Spaceflight Before NASA." Once there, he was assigned to the company’s engine development team, where he worked on BE-3 propulsion system development, alternative drying methods for the engine, and cost analyses. "It was better than what I thought it was going to be – it was bigger, louder, everything," he says. "Being able to put your hands on hardware and see what happens is crazy. The experience was invaluable."

It was also inspiring. "By taking cutting-edge technologies from academia and research and applying them to the real world, Blue Origin has made reusable rockets that bring us incrementally closer to commercial space travel," he says. And while Hick’s professional destination has always been the aerospace industry ­– "Hopefully with Blue Origin!" he says – his summer with the company has encouraged him to set his personal sites farther afield. "More people will be in space in the coming generations, so that it will no longer be a thing of imagination," he says. "A goal in my life is to go to space at least once before I die."