On Friday, Feb. 19, at 11:17 a.m., a handful of lucky middle school students were able to speak directly with American astronaut Tim Kopra via amateur radio as the International Space Station (ISS) passed over Huntsville, Ala. Among the 18 questions and answers they were able to fit into the 10 minute uplink window were:

Q: If someone wants to be an astronaut when they grow up, what should they be doing now as a kid to prepare?
A: Do well in school, set big goals for yourself, and play nice with others.

Q: Was it hard to adjust to zero gravity?
A: The first time, yes, but the second time no.

Q: What do astronauts do for fun on the ISS?
A: I think all of us love to take photographs because we have the Earth to take pictures of and it's an amazing, amazing thing to photograph.

Q: What do the stars look like from up in space?
A: They look the same, but they do not twinkle.

Q: Why did you choose to go to space?
A: I'd been motivated to be an astronaut since I was a very small child, and I think I was always interested in the adventure.

The rare opportunity was made possible by members of the Space Hardware Club (SHC), a student-run organization at The University of Alabama in Huntsville (UAH), who applied and were accepted to NASA's Amateur Radio on the International Space Station (ARISS) program. A nationwide outreach initiative, ARISS is designed to teach students about life onboard the ISS and provide them with opportunities to learn the technologies involved in space communications, including amateur radio.

"The SHC did this three years ago, and when I heard about it, I thought it sounded so cool," says Beth Dutour, a sophomore aerospace engineering major who served as the SHC's ARISS team lead. "So I submitted a proposal for the spring 2016 window back in April of 2015, and we found out we were selected that May. I was so excited, because we were one of only 14 schools in the country chosen to participate."

The day of the contact could not have gone better. We had such wonderful support, everyone was on schedule, and the students seemed mesmerized by the experience. I am very happy that I got to be a part of this unique opportunity.

With less than a year to prepare, the team's first step was to ensure they met the equipment requirements for a direct radio link, which would allow the SHC to use their own equipment rather than a telebridge that would patch the students through to the ISS using telephone lines. "Direct contact lets the students be more involved in the radio aspect of the contact," she says, adding that they worked with local computer store Gigaparts to borrow backup equipment in case their own malfunctioned the day-of.

Dutour, ground station lead and junior aerospace engineering major Zachary Riffle, and alternate ground station lead and sophomore aerospace engineering major Nick Jordan also earned their amateur radio licenses so that they could operate the equipment legally. Once their equipment plan was approved and the necessary funding procured through the Alabama Space Grant Consortium, they then reached out to local middle schools to fulfill the outreach requirement of the program.

"We wanted to pick eighth graders because they're about to go into high school, and the earlier they choose math and science, the easier it will be for them in college," says Dutour. They ended up choosing Discovery and Westlawn Middle Schools and the Tennessee Valley Homeschoolers. "We visited each group several times to give presentations and lead hands-on activities about the ISS and amateur radio to prepare them for the event," says Dutour. They also tasked the students with thinking of questions they'd like to ask, and then sent a list of the best ones to Astronaut Kopra in advance. 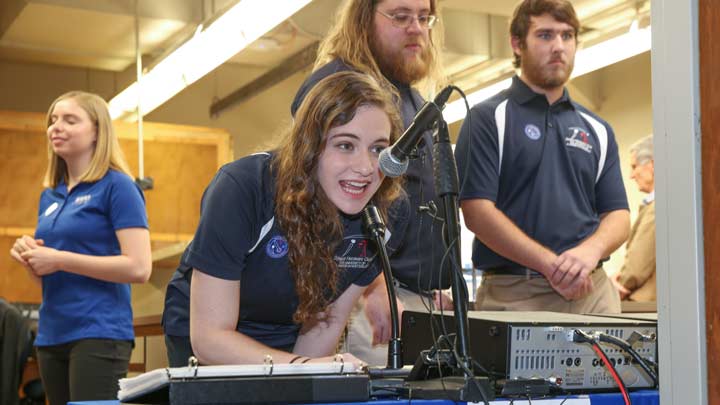 It wasn't until this past October, however, that they learned their uplink was scheduled for the third week of February. That was followed by a list of possible passes and times, which the team received in January and ranked in order of preference. "Two weeks before the contact, we learned we would be getting our top-ranked pass," she says. "I think the reality of this opportunity actually happening hit when we got that confirmation. We knew we were going to talk to space!" But as anxiety inducing as it was awaiting the green light, it proved to be well worth it in the end. "The day of the contact could not have gone better," she says. "We had such wonderful support, everyone was on schedule, and the students seemed mesmerized by the experience. I am very happy that I got to be a part of this unique opportunity."

While on campus, the students also enjoyed a tour of the Space Hardware Club's labs, getting a behind-the-scenes look at the rovers, rockets, and satellites that members work on while not in class. "The students were able to see a lot, and I really feel that they enjoyed seeing our labs," says Ian Slamen, a freshman aerospace engineering major who served as alternate ARISS team lead. "Getting to see some of our team members working on hardware and talking about the club's other projects really got them excited to get into the STEM fields."

And who knows? Maybe some of those students will not only end up coming to UAH one day, but also joining the SHC like Dutour and Slamen. There's certainly much to be gained by doing so. "You get a lot of opportunities for networking, for growing, for learning, and for applying skills," says Dutour. "It's the best ever!" 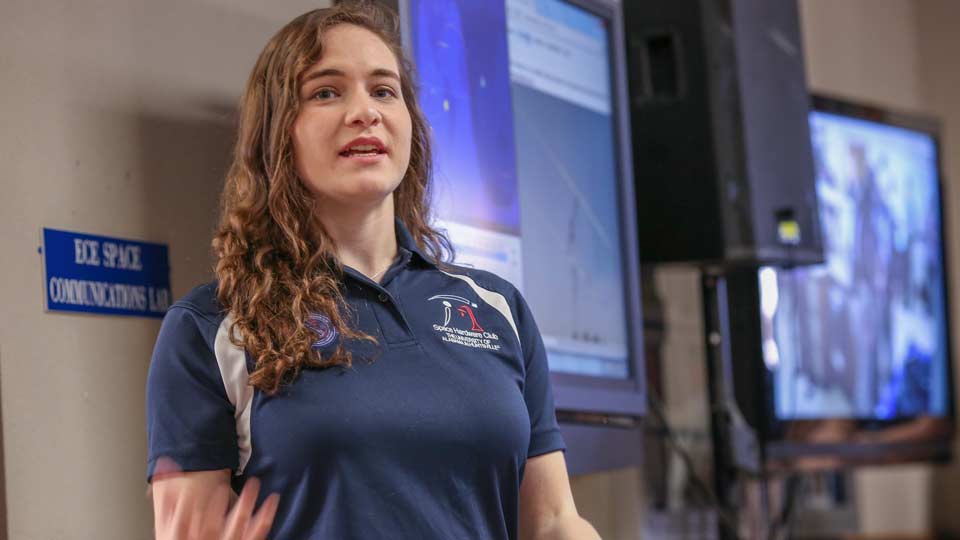 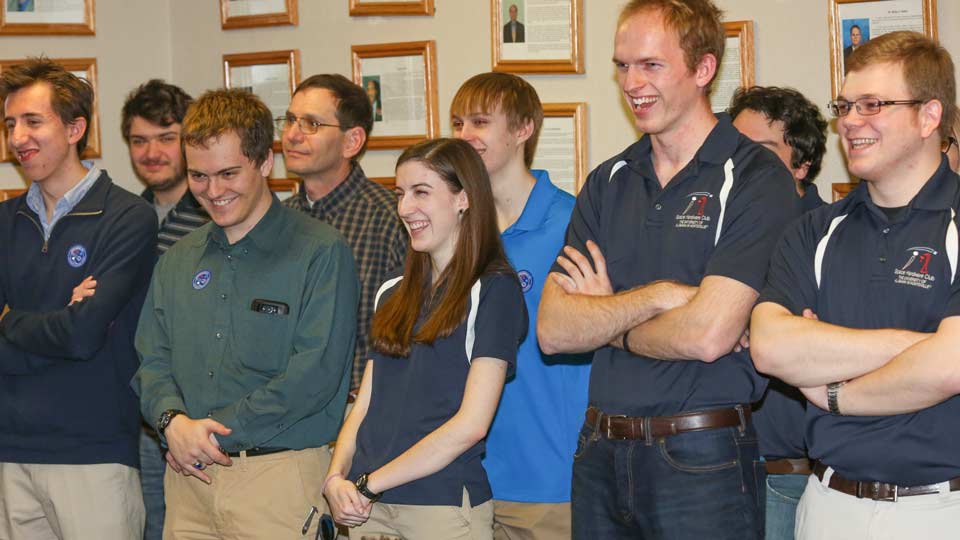 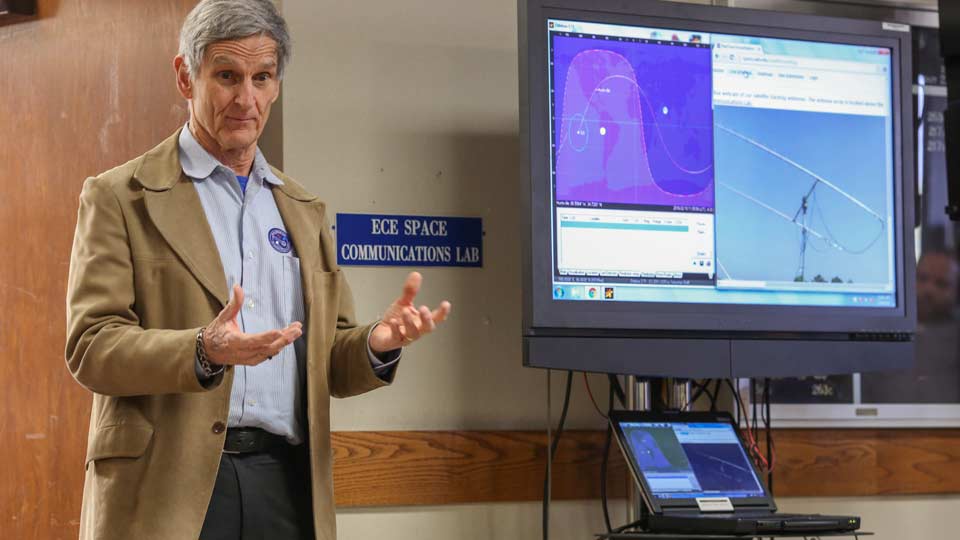 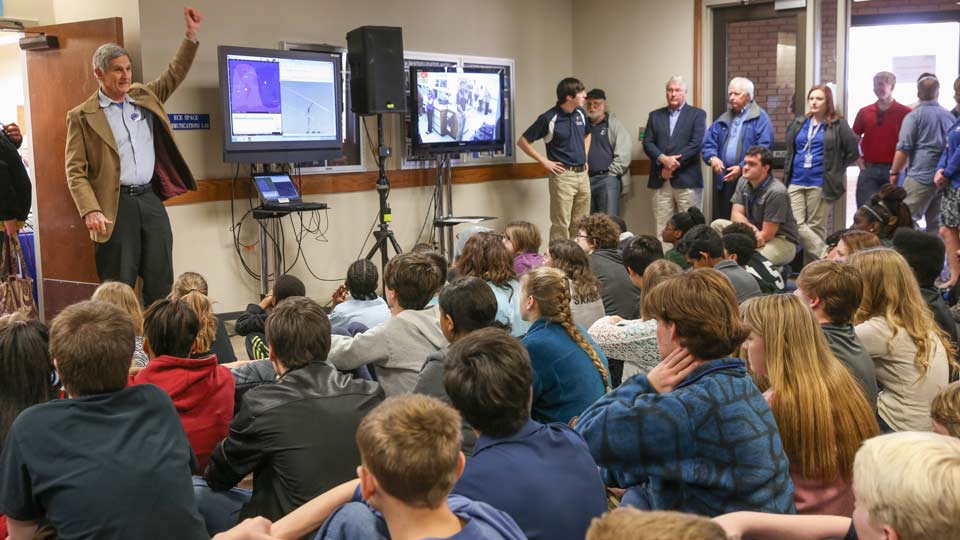