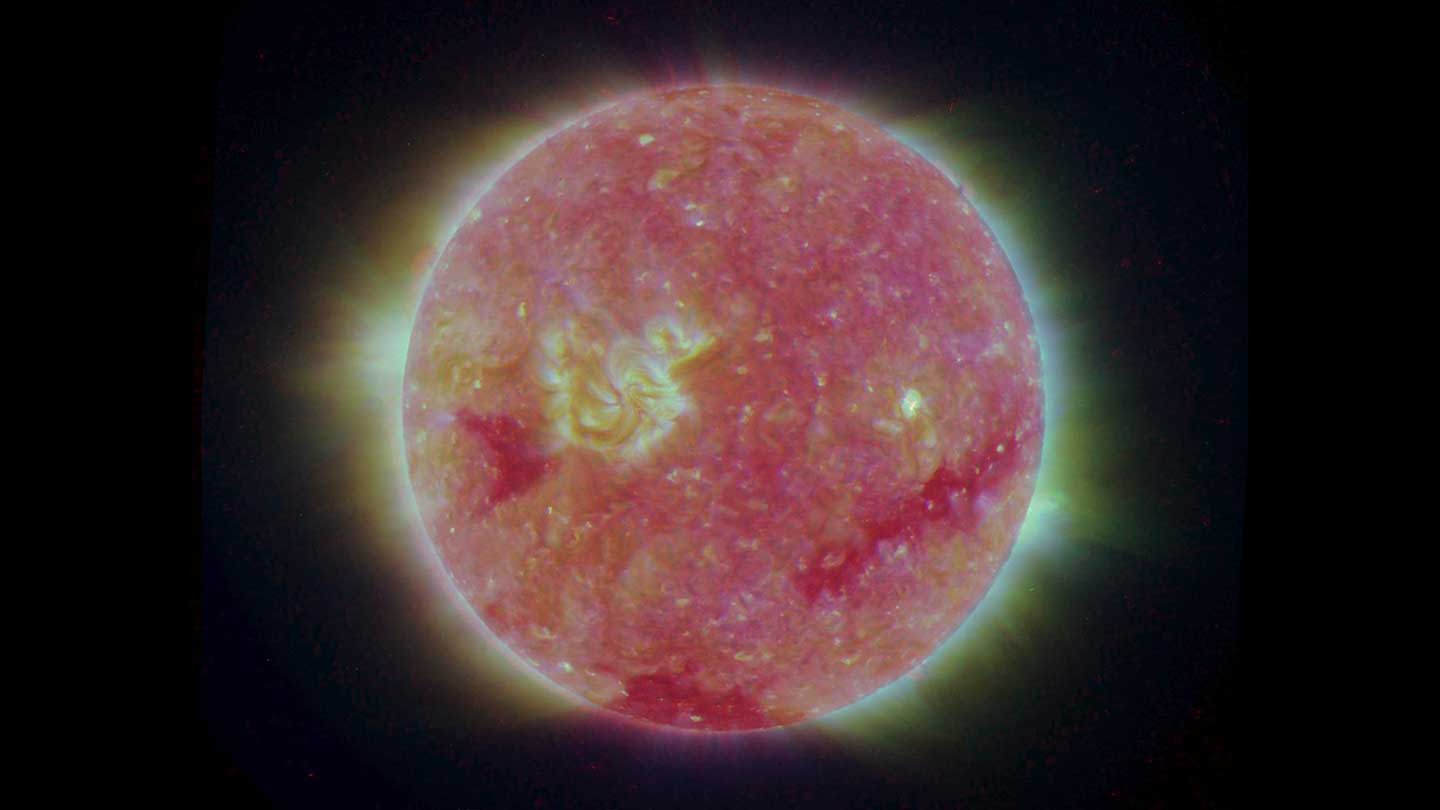 Researchers found that switchbacks happen because of an interaction between an open magnetic field line extending from the sun into the distant solar wind and another magnetic loop that has both ends connected to the sun.

In newly published research, scientists have for the first time modeled the nature of solar switchbacks – the large and long-duration isolated velocity spikes in the solar wind that surprised researchers when the first blast of data arrived from the Solar Wind Electrons Alphas and Protons (SWEAP) instruments aboard NASA's Parker Solar Probe (PSP). 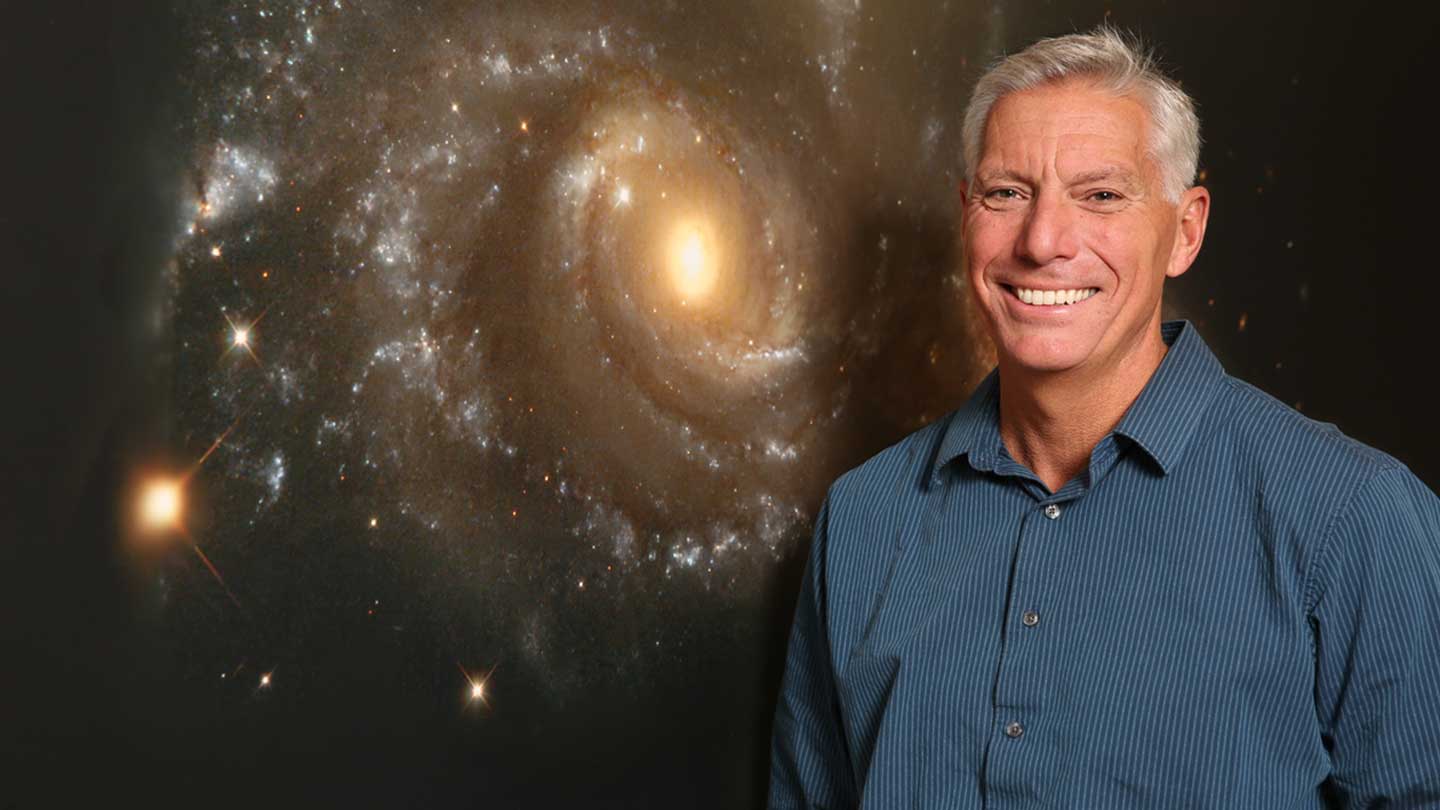 Dr. Gary Zank says the research answers one of the major new questions arising from the first discovery of the Parker Solar Probe.

The paper published in the American Astronomical Society's Astrophysical Journal provides the first and only model that describes the formation and properties of switchbacks.

"We have therefore answered one of the major new questions arising from the first discovery of the Parker Solar Probe," says Dr. Gary Zank, director of the Center for Space Plasma and Aeronomic Research (CSPAR) and the Aerojet Rocketdyne chair of the Department of Space Science at The University of Alabama in Huntsville (UAH), a part of the University of Alabama System.

PSP continues making daisy petal-like orbits around the sun, dipping into the corona during the closest portion. The Faraday cup for the SWEAP instrument suite was designed, created and tested by a partnership between UAH, NASA's Marshall Space Flight Center and SAO to sample solar wind while directly exposed and traveling closer to the sun than spacecraft have ever been.

The solar plasma data that were central to the study came from the SWEAP instrument. The magnetic field data came from PSP's Fields Experiment (FIELDS). The data was processed at UAH.

"Dr. Lingling Zhao and Dr. Laxman Adhikari are both expert on using PSP SWEAP and FIELDS data, so Lingling did all the data analysis for this project, all in house," says Dr. Zank, who is a member of the National Academy of Sciences. "In this particular case, we went back to Encounter 1 data, where the first switchbacks were seen, and that data is now publicly available."

The researchers found that switchbacks happen because of an interaction between an open magnetic field line extending from the sun into the distant solar wind and another magnetic loop that has both ends connected to the sun.

The process is accompanied by an often-substantial release of energy.

"The beautiful thing about the mechanism is that it launches two waves with large magnetic field rotations, one out into the supersonic solar wind and the other down toward the solar surface," Dr. Zank says.

The scientists have developed a theoretical description for how the complex initial state propagates in the expanding solar corona.

"Remarkably, the model is capable of describing very accurately the plasma data and magnetic field data that Parker Solar Probe observed when measuring the very first switchbacks in its mission," Dr. Zank says. "It is the only model that has managed to capture all the features of the observed switchbacks, and it's an important breakthrough."

Besides providing a quantitative model for understanding switchbacks, the research provides a number of additional testable predictions.

"For example, the material within a switchback is likely to contain loop material as well as possibly coronal material from open regions," Dr. Zank says.

That could be tested by another mission, the European Space Agency (ESA) Solar Orbiter, which will fly over the sun's poles and on which Dr. Zank is a co-primary investigator on the magnetometer team.

"Future work will begin to carefully evaluate whether the model can be applied to all of the observed switchbacks," he says. More advanced models will also incorporate the detailed effect of nonlinearity.

"Both SWEAP and PSP continue to perform very well and the data is like drinking from a firehose – so much new data, all of it interesting and at times it feels almost impossible to digest it all," Dr. Zank says. "So, the lonely Faraday Cup that's sitting out alone and unprotected ahead of the PSP heat shield is enriching our scientific lives more than she could have ever anticipated."