UAH’s Department of Music will honor the anniversary of its 50th year with a Golden Jubilee celebration that kicks of Sept. 30 with a three-day weekend open to friends, alumni, and community members.

The 2016-2017 academic year marks the 50th anniversary of the Department of Music at The University of Alabama in Huntsville (UAH), and to honor the occasion, the Department will be hosting a yearlong Golden Jubilee celebration.

"Celebrating 50 years of music at any institution is an important milestone, but it's particularly notable here given UAH's relatively young 56-year existence," says Dr. David Ragsdale, Chair of the Department. "Music has been part of the very DNA of UAH and Huntsville since their earliest beginnings and is one of the many special things that connects our campus and community."

Music has been part of the very DNA of UAH and Huntsville since their earliest beginnings and is one of the many special things that connects our campus and community.

Much of the success that the Department has enjoyed over the last half-century can be traced back to its very first chair: Professor Emeritus Dr. Royce Boyer. In 1966, he was a doctoral student at the University of Texas looking for employment when he learned that UAH was starting a brand-new music program. "I was about to leave for Iceland on a U.S. Department of Defense entertainment tour when they asked me to come to Huntsville for an interview," he says.

A few weeks later, he received a telegram while in Greenland offering him the job. He accepted and, that fall, came to UAH to begin the task of building up the department. "The first year it was just me, and I started by recruiting 30 singers to form a choir," says Dr. Boyer. "But anything I wanted to do, I could find people in the community to join me. We were fortunate to receive so much support, and many taught classes part time for us."

Since then, he continues, "I think we've given as good as we've gotten. The program has broadened considerably, and we are turning out talent that is very competitive." And while he no longer teaches at UAH, he still feels great pride when he looks back over the last 50 years. "I have a sense of ownership - I can't let go," he laughs, adding that he returns to campus periodically to tune the Department's pianos. "It's amazing how far we've come." 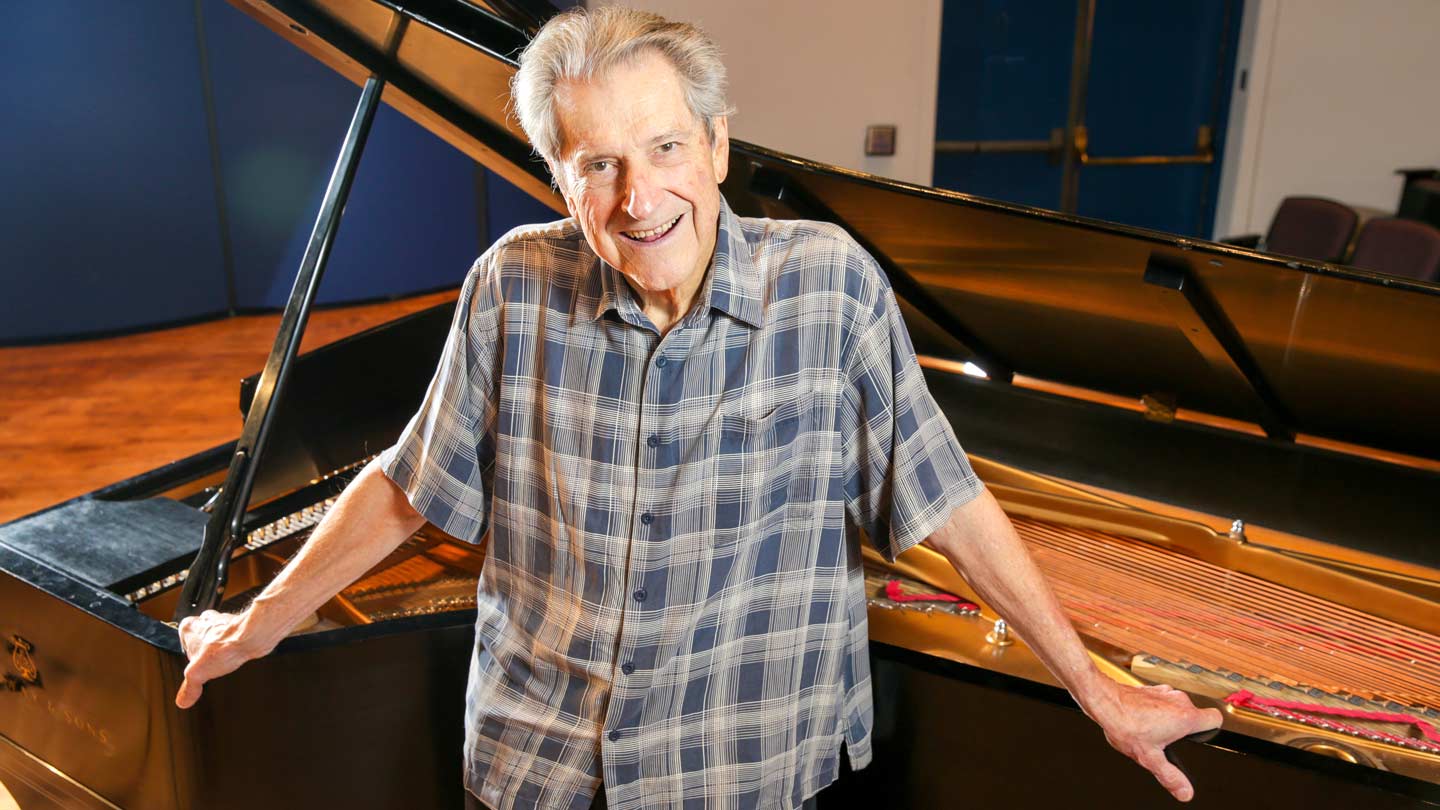 This year, however, Dr. Boyer won't have to wait until the next scheduled tune-up to pay a visit to UAH. He'll be back on campus in just a couple of weeks for the Golden Jubilee weekend that will kick off the Department's yearlong anniversary celebration. The three-day event will take place from Friday, Sept. 30, to Sunday, Oct. 2, and include performances by current students and alumni in the alumni choir and the alumni band; a "Rhapsody in Blue" by UAH faculty soloists Karen Young, Carolyn Sanders, and Melody Ng; and an alumni and friends luncheon and happy hour.

As for the rest of the year, the Department's calendar is packed with more than 50 other performances by UAH's wind, choral, jazz, and chamber ensembles and master classes. Most notable among them is the seven-concert Constellation Series, which will feature an evening with Broadway star Ivan Rutherford, a performance by Cameron Carpenter and the International Touring Organ, and the popular year-end holiday spectacular Peace on Earth.

"We'll be celebrating music all year long with an exciting lineup of performances featuring students, faculty, community members, and even international artists," says Dr. Ragsdale. "In doing so, we hope to deepen our cultural contribution to the UAH and Huntsville communities, thereby ensuring 50 more years of music at UAH!"