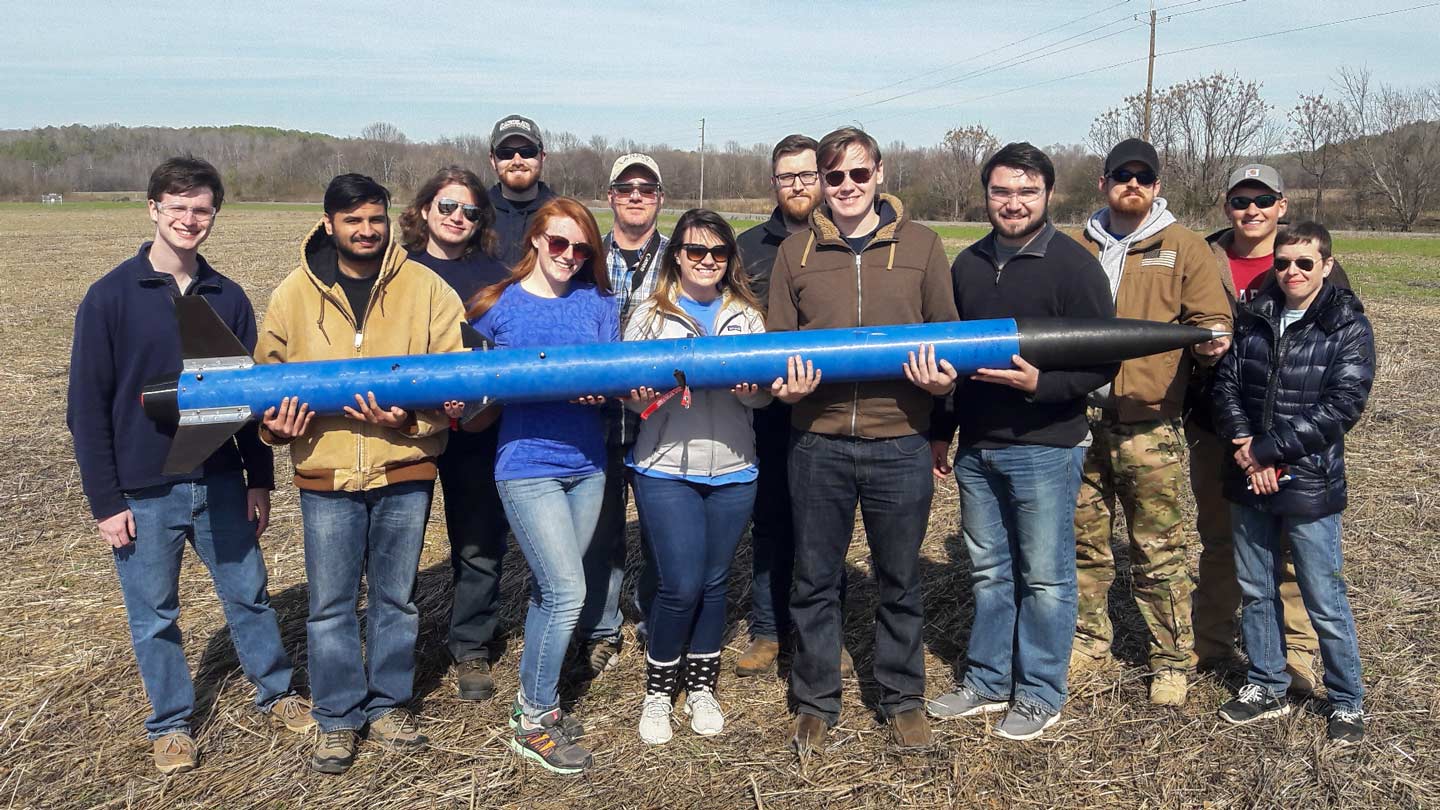 UAH’s Charger Rocket Works team will compete with their entry, Viserion, in NASA’s Student Launch Competition, beginning at 8 a.m. on Saturday, April 9, at Bragg Farms in Toney, Ala.

Fans of the HBO show "Game of Thrones" will know Viserion as Daenerys’ fearsome white and gold dragon. But a different Viserion will be taking to the skies at the 2017 NASA Student Launch competition on April 9 at Bragg Farms in Toney, Ala., this one a rocket designed and built by a team of engineering students from The University of Alabama in Huntsville (UAH). 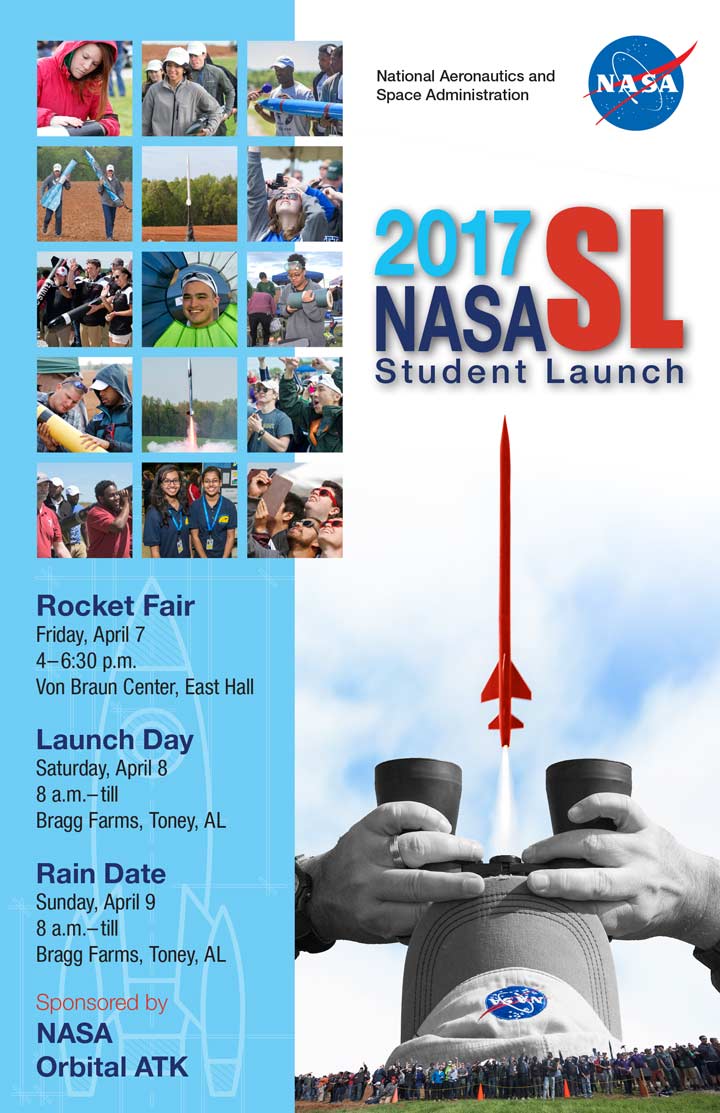 Viserion is actually the latest iteration of UAH’s ongoing participation in NASA’s University Student Launch Initiative. The program gives students eight months to design, build, and launch a reusable rocket to an altitude of one mile with a payload, which this year consists of one of the following: landing detection and controlled landing, roll induction and counter roll, and fragile material protection. Since the competition’s inception in 2000, UAH’s team, known as Charger Rocket Works (CRW), has racked up several victories, coming in first in 2007 and 2010, and second in 2009, in addition to earning various category awards.

"They all start with little-to-no experience with rockets, so they have to learn how to design it, how to build it, and how to test it," says course instructor Dr. David Lineberry, a research engineer at the UAH’s Propulsion Research Center (PRC). Add to that the other tasks required by the competition, such as creating – and sticking to – a schedule and budget, submitting numerous reports and design reviews, developing and maintaining a website that documents the team’s progress, and holding educational outreach events in the community, and "it’s a lot of work!" he says.

Fortunately, the students received guidance throughout the process from a variety of experienced mentors, advisors, and competition veterans, starting with Dr. Lineberry himself. "He has gone way above and beyond," says lower airframe team lead Strutzenberg, who also works at Boeing as a mechanical designer. "He is always willing to help out, and he’ll stay late and help us with any problems we run into." Rounding out the rest of the team’s support system are team mentor Jason Winningham, a computer systems engineer in UAH’s Department of Electrical and Computer Engineering, and graduate teaching assistant Evan Tingley, who took the course as an undergraduate engineering student.

The team also received support – both financial and otherwise ­– from the Department of Mechanical and Aerospace Engineering and the Department’s machine shop, which is run by Prototype Development Specialist Stephen Collins. "We wouldn’t be able to do this without them," says Dr. Lineberry. And as in the past, both the PRC and the Alabama Space Grant Consortium provided the team’s budget of $10,000. But even that couldn’t buy them the one thing they needed most – more time. With its required milestones and tight deadlines, the competition schedule left little room for error.

"If this was just ‘build a rocket, fly it, and win a competition,’ it would be fine," says payload team lead Ireland, who also serves as a computer-aided design (CAD) intern at Boeing. "But when you have to write a 300-page document on everything that you did, you can’t just say, ‘I did it because it worked.’ You have to back it up." Fellow team lead Jacobi, who will be working at Northrop Grumman after graduation, agrees. "I didn’t expect it to be this much time," he says. "A lot happens outside of the allotted class time, so the biggest challenge has been time management. And since I can’t cut out time from my other classes, it ends up being time from my friends and family bank!" 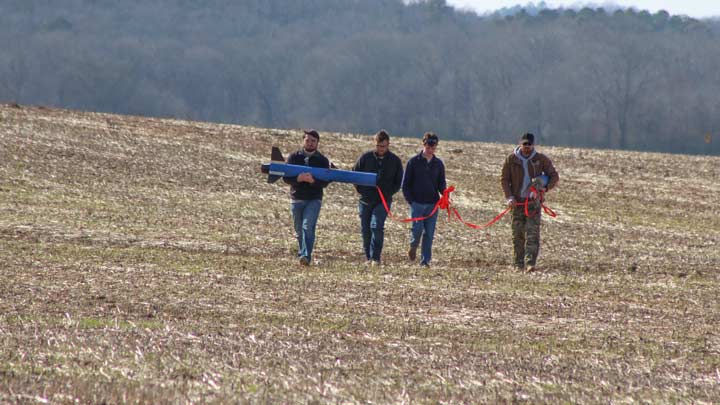 After a successful test launch, the rocket returned to Earth via parachute and was recovered by the team.

As frustrating as these pressure were, however, they also had an upside: they helped forge stronger ties between the team’s members, who shared many late nights and weekends in an effort to meet their inflexible deadlines. "Because our schedule was so compact, it really forced us to work together," says Strutzenberg. "As we made it past some of those challenges, we became closer as a team." And indeed, all three say that the most valuable lessons they learned as a result were not so much technical as they were interpersonal. "You definitely work on your social skills and coordinating with other people!" says Ireland. "You get out of your box."

Nothing, of course, beat seeing their hard work pay off with the first successful test launch of their rocket earlier in the semester. "It was fulfilling to know you put all this effort into this one thing and you got to see it do what it was designed to do," says Ireland. "You realize you accomplished what you set out to do." Jacoby, for his part, described the success as "a big relief," while Strutzenberg felt their work had been "validated" by the achievement. "You see all of it in a CAD program and you know how it’s supposed to work," she says. "But when you see it actually fly, it’s a strong sense of accomplishment."

That’s why no matter what the outcome of the competition next Saturday, they’ll still be proud of what they’ve achieved – and none more so than Dr. Lineberry himself. "It has been an excellent team this year, and it’s been fun to see their enthusiasm," he says. "They’ve gone from a very limited knowledge of rocketry through project completion and to the rocket launch, so it really doesn’t matter if we win." Then he pauses before adding with a smile, "but we absolutely want to!" 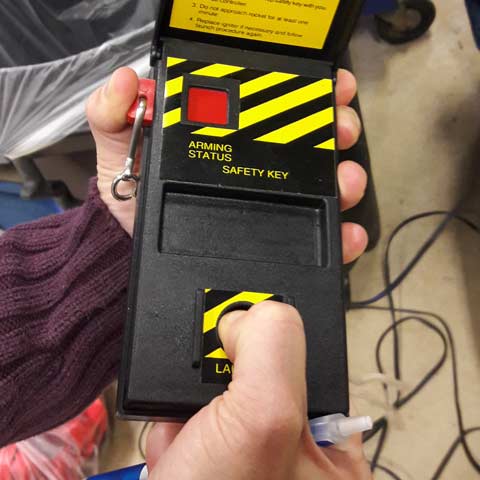 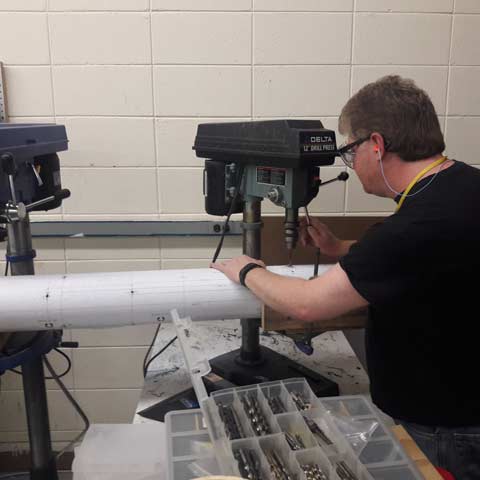 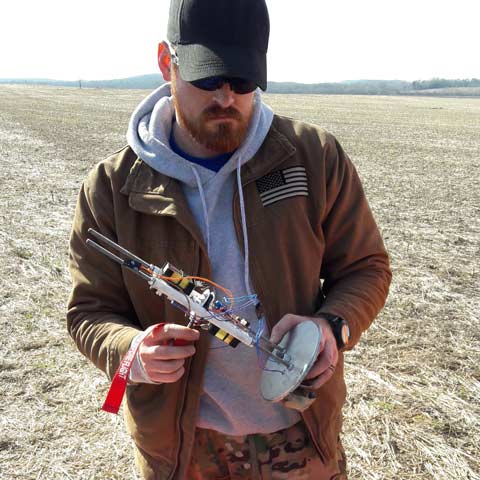 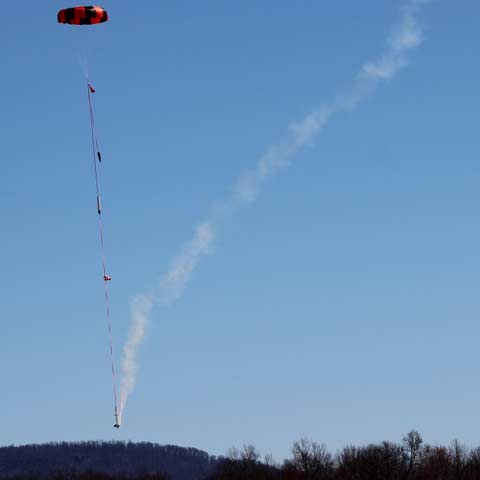 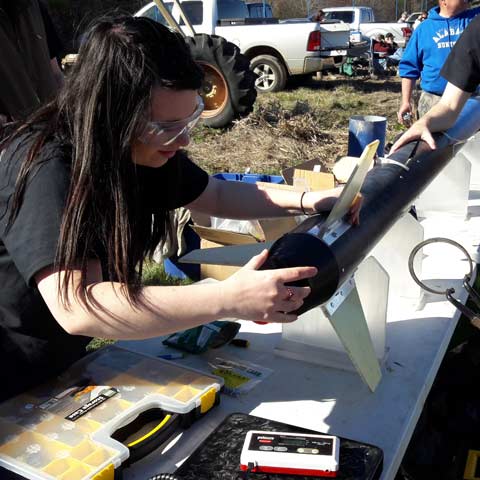 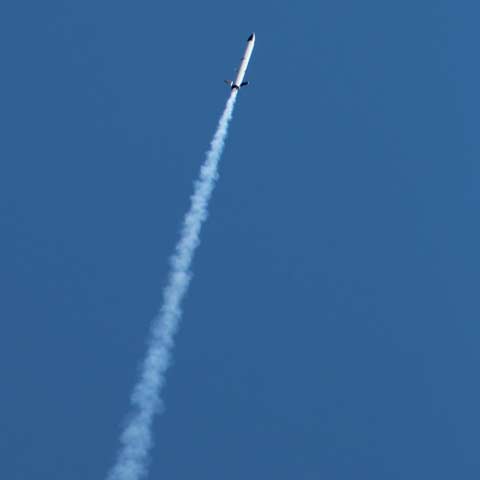 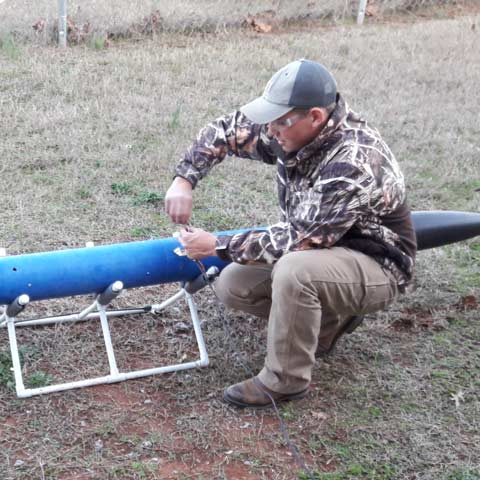 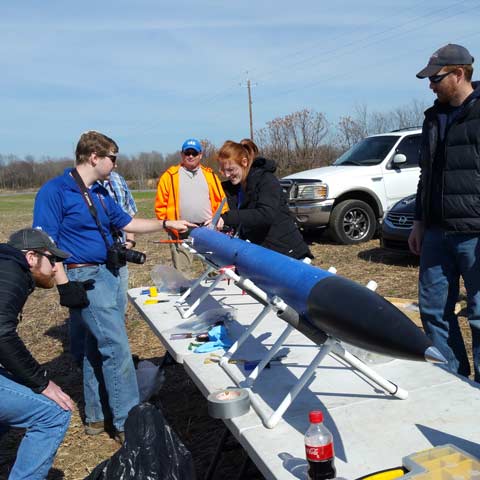