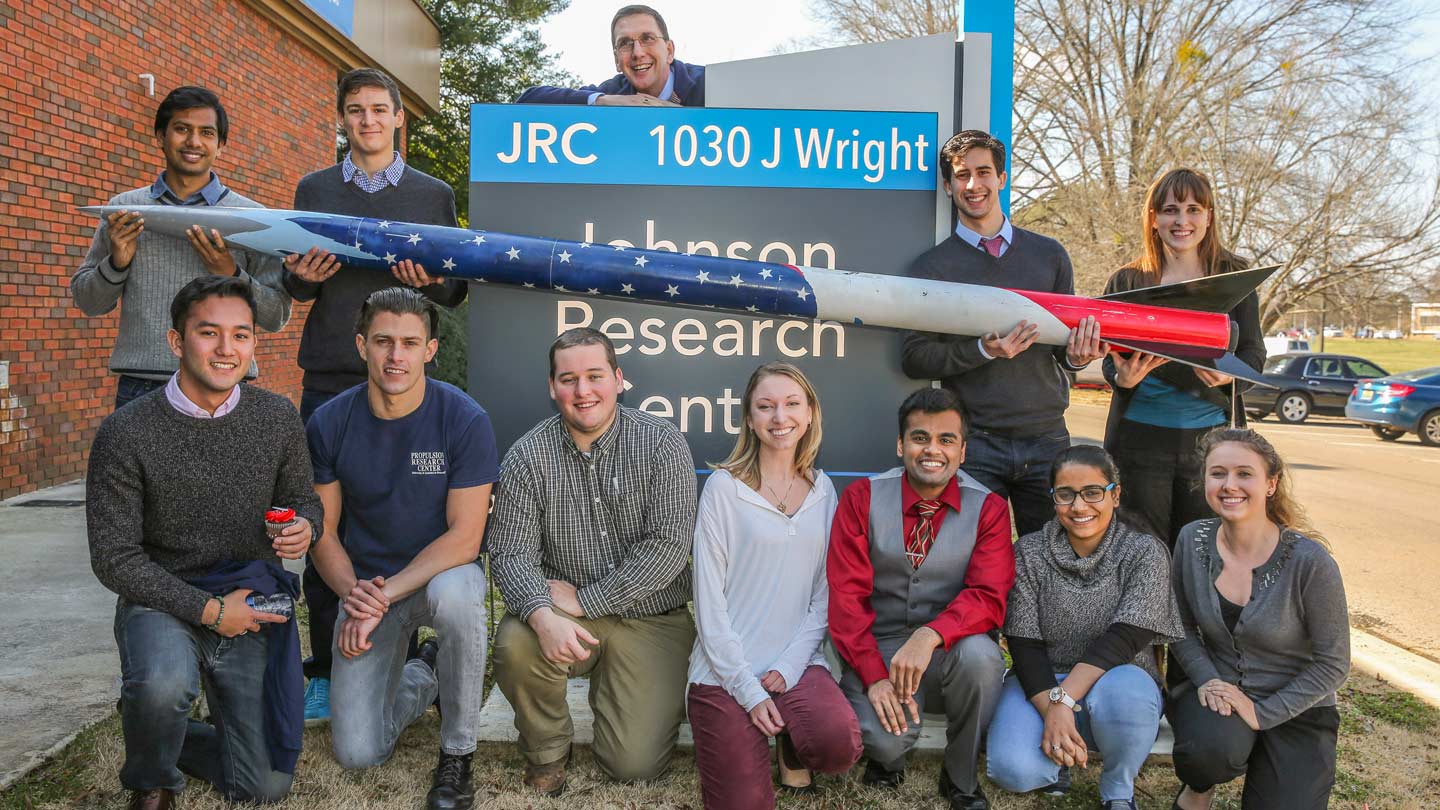 The Propulsion Research Center (PRC) at The University of Alabama in Huntsville (UAH) is known for its cutting-edge research on fusion propulsion and students who do hands-on research. But for the center's members, the people conducting that research are just as crucial to its mission. "All of the people we work with are very good at solving problems and completing tasks," says Dr. Robert Frederick Jr., Director of the PRC. "But our focus has also been on how people are a lot more important than tasks or problems."

Now, a new organization has been formed to further foster that sentiment: the PRC Student Association (PRCSA). Its goal is to engender stronger personal ties within the PRC itself and between the PRC and the community at large. "We started to realize that we needed to consciously maintain and develop new relationships," says Dr. Frederick, who serves as the organization's advisor. "This organization is a way for us to further develop relationships with each other and with the next generation of folks."

As he worked to put Dr. Frederick's vision into practice, PRCSA president Amit Patel drew from both his own experience and the initial conceptual groundwork laid for the organization several years ago by former students Amy Parlet and Carolyn Boos. "It was definitely beneficial for me to talk to some of the older students when I was an undergraduate, and to get their perspective and help," says Patel, who works as a research assistant at the PRC while he pursues his Ph.D. in aerospace engineering. "I wanted to use that as a model for the student organization."

It was definitely beneficial for me to talk to some of the older students when I was an undergraduate, and to get their perspective and help. I wanted to use that as a model for the student organization.

Now, however, they've expanded. "We have 15 active members from the PRC, and then others from the greater campus community," says Patel, adding that members of UAH's student chapter of the Society of Women Engineers (SWE) have also been heavily involved. "Because this is the first year of the PRCSA, we went ahead with interim executive positions, but we're hoping to hold elections in August so that our members can elect their representatives."

In addition to bringing those affiliated with PRC together, the PRCSA also formalizes the Center's longtime emphasis on reaching out to the community. "We've always done outreach but more in an ad hoc way, so we needed something more systematic. We decided that organizing a club was the best way to do that," says Dr. Frederick. "Part of their charter is to do outreach for younger folks and try to reach a more diverse audience, so they host plenty of community events."

Last semester, for example, the PRCSA and SWE partnered on a presentation for Girls' Science and Engineering Day , which introduces third- through fifth-grade girls to opportunities in the science, technology, engineering, math (STEM) fields. "We did a 'Blast Off with Rocketry' event where we built little crayon rockets and then launched them out in the courtyard," says Patel. "We had a girl say, 'That's so cool! I want to do that one day.' That's when you know you've done something very special to help someone follow their dreams in the STEM fields." 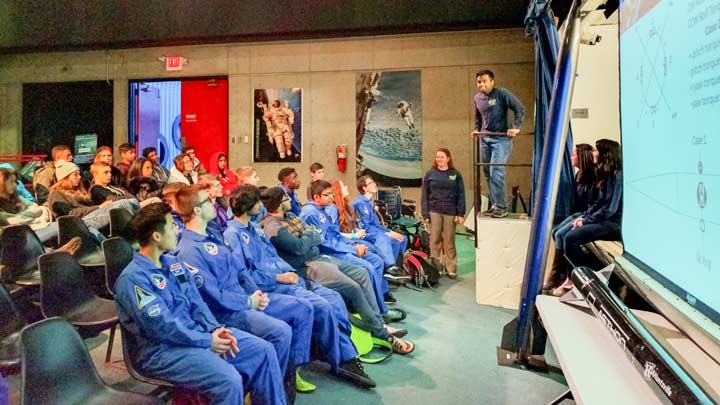 PRCSA also lent a hand to the Science Olympiad Regional Tournament, which was held on the UAH campus on Feb. 20. It's a competition that challenges teams of middle and high school students to solve educational problems. "I thoroughly enjoyed seeing young people excited about science and engineering," says Beeker, who, along with other PRCSA members, helped judge several of the challenges.

The PRCSA has now set its sights further afield than the Huntsville area, looking to increase the Center's visibility by facilitating attendance at upcoming conferences. Several members of the PRCSA have already submitted abstracts to the American Institute of Aeronautics and Astronautics Conference that will take place this July in Salt Lake City, Utah. "It's a great way to network, and it's a good platform for our students to present the work they've done," says Patel, who hopes to partner with UAH's Student Government Association for travel funding.

It's a lot of work, but it's nothing the PRCSA's members aren't used to as high-achieving students and researchers. "None of us are shy about hard work - we wouldn't have gotten this far if we weren't just about experts at managing our time," says Jones. "It's something we all believe strongly in and we think the extra effort we put in will pay dividends in the long run." Salvador agrees, saying, "this organization is really important to us, and when you want something badly enough, you make time for it."

As intended, the PRCSA has also brought the members of the organization even closer as it encourages them to engage with each other outside of the lab. "We get together once a month for lunch at the PRC and socialize," says Patel. "It gives us a break and the chance to step back and breathe a little bit." Winterling echoes that sentiment. "It's a support group," he says. "I find to keep my sanity I need to stop thinking about work for a little while, and this gives me time to forget about the weight of what I have to accomplish and helps reduce stress."

Those relationships are sure to carry on long after graduation, as they have for the generations of students who have already passed through the PRC's doors in its 25 years of existence. But now, with the PRCSA, they'll have an even stronger connection. "A classic component of university life is service to the community around you and that's a key thing we want to help our students get a taste of," says Dr. Frederick. "These guys have really picked it up and are making it their own."