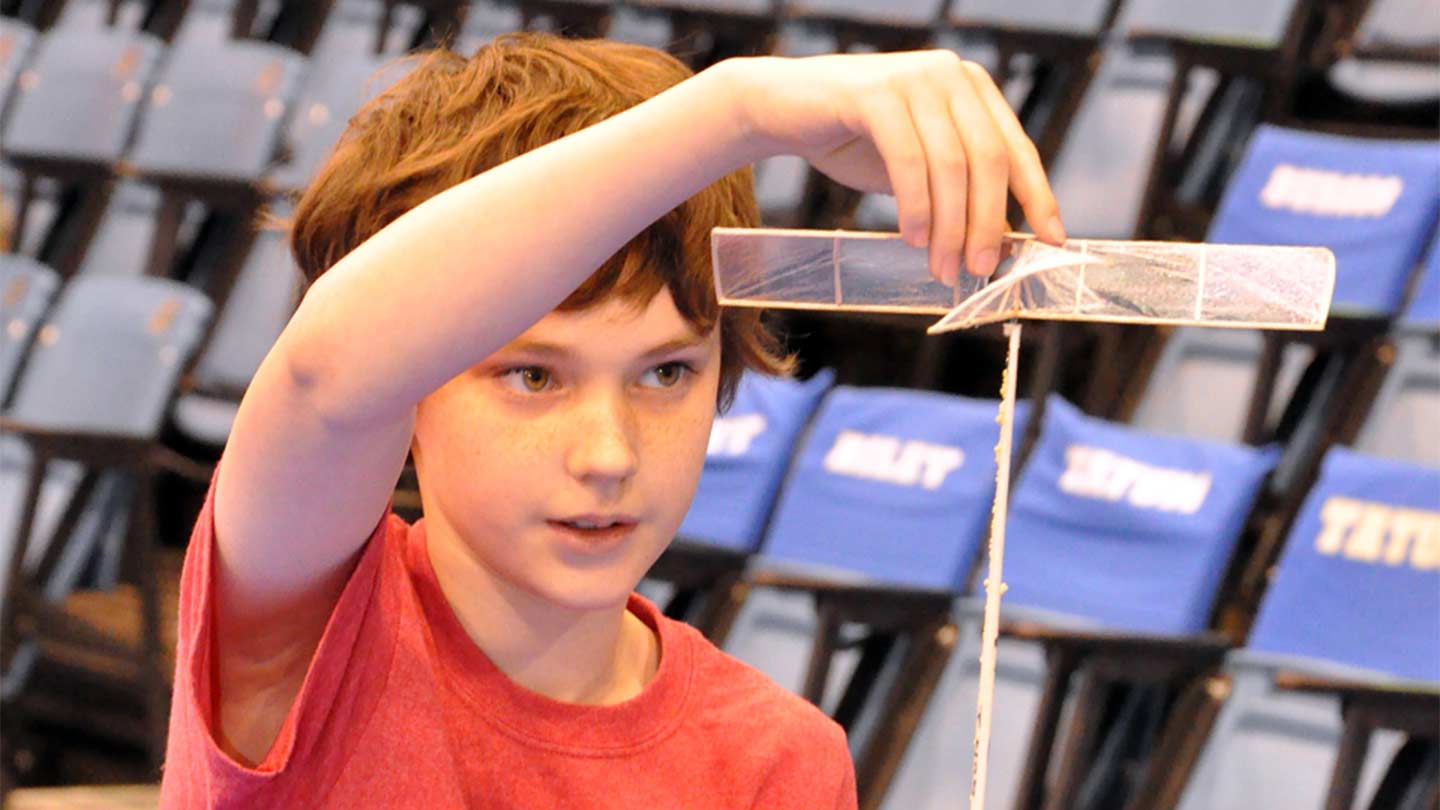 Students from across Northern Alabama compete in the Science Olympiad Regional Tournament.

February 28 will mark the 22nd annual Science Olympiad Regional Tournament to be held at The University of Alabama in Huntsville (UAH). As in years past, the daylong event will task more than forty teams of middle and high school students from across Northern Alabama with solving educational challenges that range from designing a device that can launch a projectile to building and testing a Rube Goldberg machine.

"It's a great way to increase science awareness among middle and high school students and we believe it encourages out-of-the-classroom engagement of science," says Carey Snowden, Outreach and Events Coordinator for UAH's College of Science, which has long been a sponsor of the Science Olympiad.

Vanessa Colebaugh, UAH's Tournament Director, agrees. "The students are gaining skills they might not get in the classroom, like teamwork and problem-solving," she says. "But at the same time, since anyone is welcome to come watch, the atmosphere is like a sporting event with supporters cheering for their teams."

Because of its size, the UAH tournament spans both the Shelby Center and Spragins Hall. Teams travel between the two locations to compete in roughly two-dozen events, each selected by the Science Olympiad Executive Board for their emphasis on constructivist learning practices in science and technology.

It's a fun day of learning, and I hope it encourages the students to pursue a career in science.

"The students know the challenges ahead of time so they have time to practice," says Snowden, explaining that schools often recruit and form their Science Olympiad teams well in advance of the tournament. "I'm always impressed and amazed at how good they are – and I'm always jealous that I didn't have something like that when I was in school!"

The winner of each event is then determined by the event judges, all of whom are volunteers. "We have 120 people – undergraduate and graduate students, faculty, and community members – who help us each year," says Colebaugh. Some are even former Science Olympiad participants. "They do a great job, encouraging the teams and talking to them about ways they can improve."

Once the team's totals are tallied, the overall winner at each level is announced at the awards ceremony that closes the day. "The top two teams go on to compete at the Science Olympiad State Tournament, which this year is being held in April at Huntingdon College in Montgomery, Ala.," she says. The winners of that, in turn, will compete at the national tournament being held the following month at the University of Nebraska, in Lincoln, Neb.

Of course at every level the competition only gets more fierce and the stakes higher. Past awards at the national level have included college scholarships, all-expense-paid trips to the Science Olympiad Summer Institute and the Centers for Disease Control, and congratulatory letters from dignitaries as high-ranking as the U.S. President, and this year is sure to be no different.

But while no team from Northern Alabama has ever won the national tournament – yet! – Colebaugh isn't too concerned. Science Olympiad's real reward comes not from winning, after all, but from participating. "It's a fun day of learning," she says, "and I hope it encourages the students to pursue a career in science." 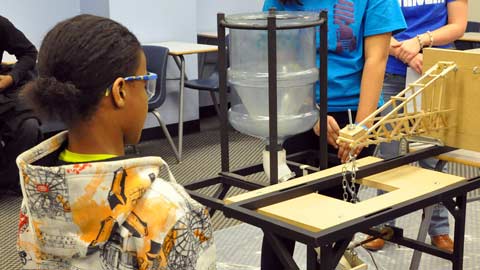 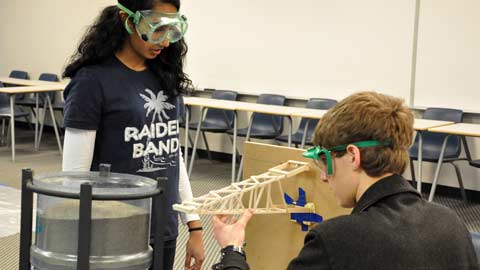 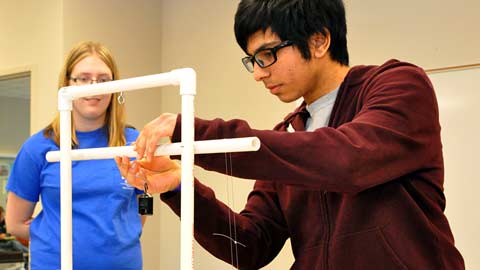 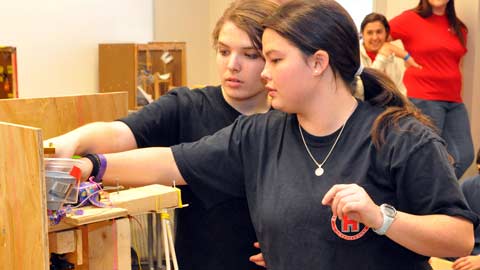 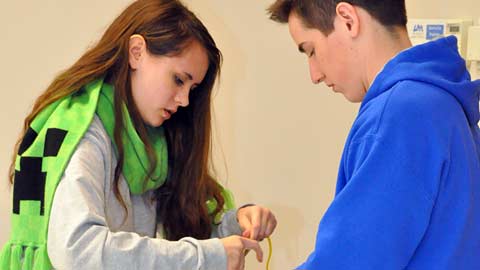 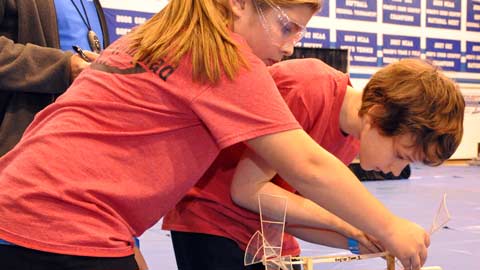 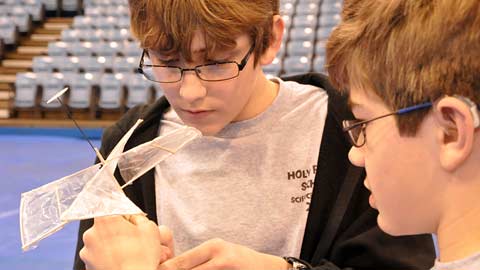 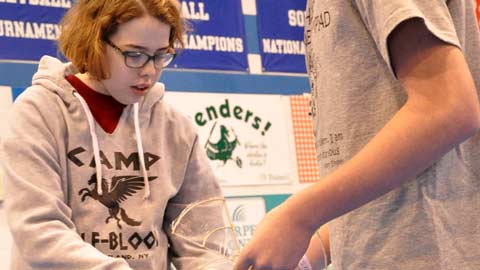 Date: Saturday, Feb. 28, 2015
Events Begin: 9:30 a.m.
All events will be held in the Shelby Center with the exception of Air Trajectory, Helicopters, and Elastic Launch Glider, which will be held in Spragins Hall.
Competition Ends: 2:30 p.m.
Awards Ceremony: 3:45 p.m. at Spragins Hall