UAH student – and aspiring engineer – hopes to inspire others like her 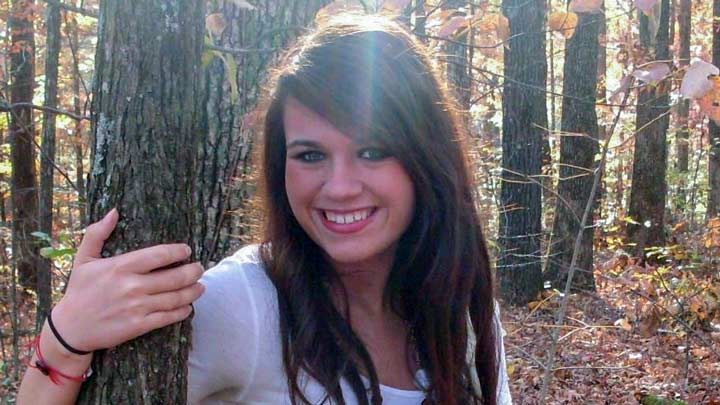 Mechanical engineering major Summer Roden serves as the president of UAH’s student chapter of the Society of Women Engineers.

Summer Roden grew up helping her dad rebuild cars, and even drove a Trans Am they'd restored throughout high school. "It's just like the one from 'Smokey and the Bandit'!" she says with a laugh. So it's hardly a surprise that the Killen, Ala., native decided to major in mechanical engineering at The University of Alabama in Huntsville (UAH). Now, however, she hopes to inspire other young women who share an interest in the science, technology, engineering, and math (STEM) fields to do the same.

Roden is the president of UAH's student chapter of the Society of Women Engineers (SWE), an educational and service non-profit dedicated to helping women achieve their full potential as professional engineers and leaders. "SWE is the organization that can and will promote more young people, both male and female, to join STEM and become the engineers that shape our future," she says. "These girls are the women who will inspire an entirely new generation."

Roden first learned of the club shortly after arriving at UAH to begin her academic career. "I saw how much the president cared about it, and what a strong professional she was, so I wanted to get involved as well," she says. She initially served as SWE's social media chair before being elected secretary last year and then taking over the top spot this year. Since then, she's focused on expanding SWEs membership.

"We're trying to increase the amount of people who come to meetings, so that if a representative from a company such as Dynetics, Lockheed Martin, or ADTRAN comes, they'll have a lot of people to talk to," says Roden, adding that the club currently has over 200 active members. But as she is quick to note, SWE is not just for women or for majors in the STEM fields.

These girls are the women who will inspire an entirely new generation.

Rather, she says, the club is "dedicated to fostering a professional and inviting environment for all students looking to get the most out of their college career at UAH." Upcoming events, for example, include a First Lego League Robotics Qualifier on Nov. 14 that is open to the entire campus. "And students can always come to SWE for help in class, career opportunities, networking, or simply friendship," she adds.

Indeed, Roden herself has benefitted in more ways than she could have imagined when she first joined SWE, from making friends to making connections in her future career field. "I'm also learning planning and communication skills and various financial applications," she adds, both of which she's been able to put to use in her present position as an intern with Boeing.

As for what's next, Roden plans to continue down the path of mechanical and vehicular design - a career goal she can now more easily envision thanks to both her participation in SWE and her UAH degree. "SWE is a great organization that can ultimately help lead you to the job of your dreams," she says. "I feel like if you put forth the effort, you can go anywhere you want to go, and UAH will help get you there."