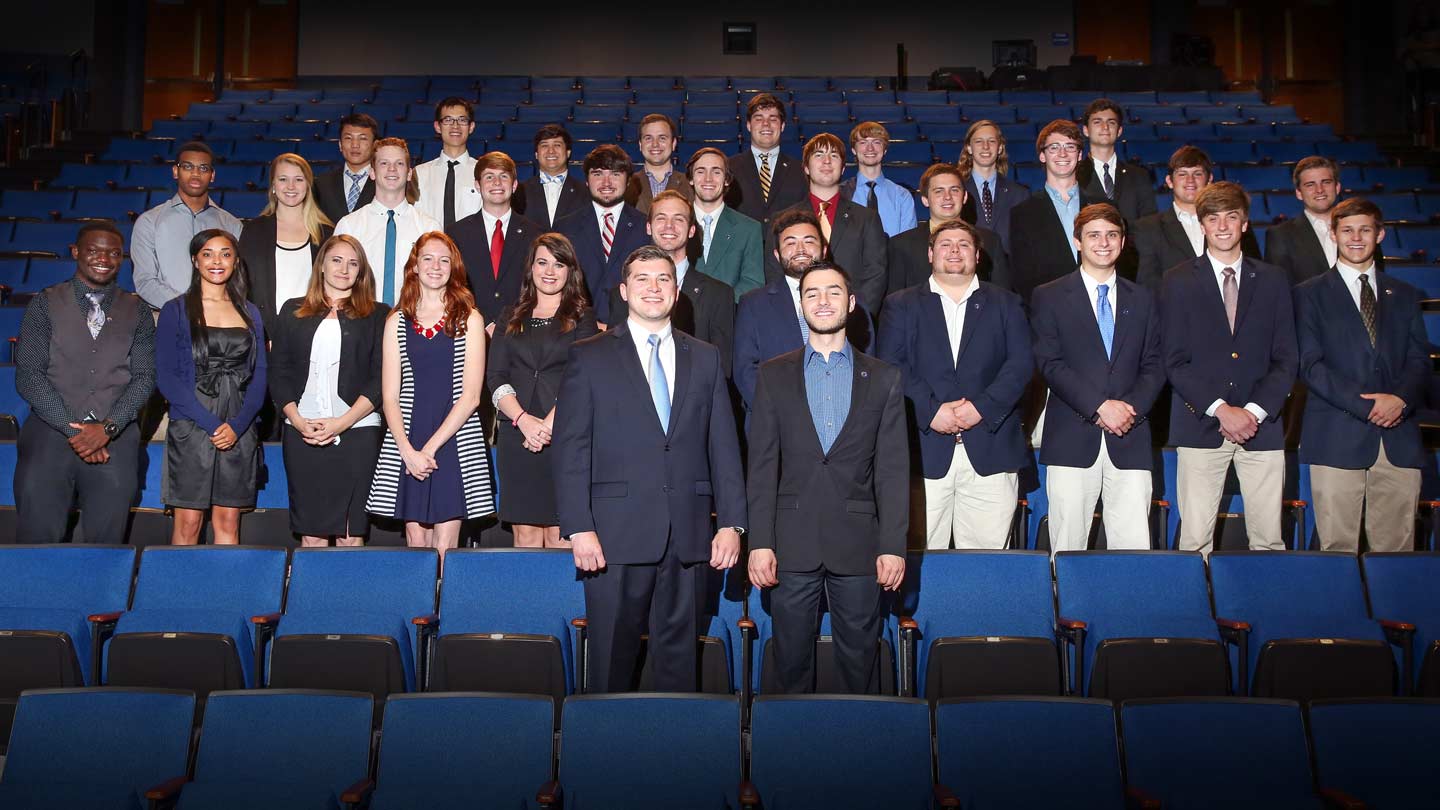 Forty-six students were sworn in this past spring to serve as UAH's SGA representatives for the 2015-2016 academic year.

This past spring, 46 students were sworn in to serve as the 2015-2016 representatives of the Student Government Association (SGA) at The University of Alabama in Huntsville (UAH). Twelve will serve on the SGA's executive branch, with the remainder representing the university's six academic colleges and the freshman, sophomore, junior, and senior student bodies, respectively.

At the organization's helm is senior aerospace engineering major Austin Finley, who recently returned from a three-day leadership summit in preparation for his tenure as SGA president. Finley previously served as a senator for the sophomore class and as the SGA's public relations coordinator; he is also a UAH Lancer.

"We have a phenomenal group of student leaders coming into the SGA who are motivated and passionate about elevating this university," he says. "We are excited about the upcoming year, and as a team, we are hoping to enact positive change, to redefine UAH student life, and to really leave UAH better than we found it."

In addition to being an advocate for student interests and a liaison between the student body and the administration, the SGA hosts a number of popular programs and events. These include Trunk-or-Treat, the Reach for the Sky Balloon Launch (held during Convocation), Dine with the Deans, Higher Education Day, Charger Cycles, and the Big Event, an annual student-led community service outreach day.

Last year, the SGA also joined with the White House to launch "It's On Us," a nationwide public-awareness campaign to reduce sexual assault on college campuses. This year, they hope to expand their participation and introduce several related initiatives focusing on mental and physical health, campus traditions and game-day experiences, and college-to-career transitions.