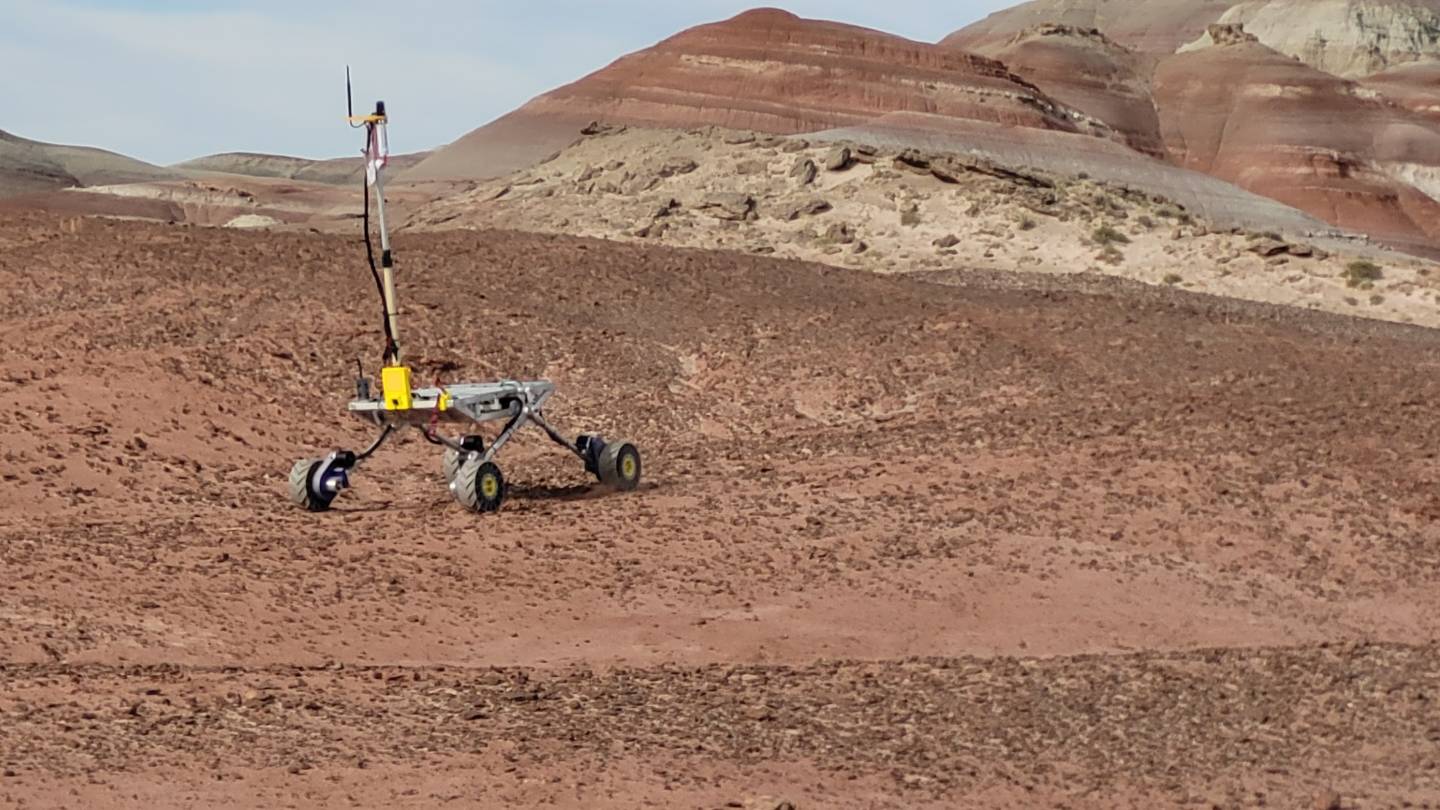 In a scene that looks extraterrestrial, the ASTRA rover maneuvers at the University Rover Competition.

The 21-member SHC team from UAH, a part of the University of Alabama System competed for the first time in the URC on June 1-4 against much larger teams and scored a total of 286.37 points. The contest included an extreme retrieval and delivery mission, an equipment servicing mission and an autonomous navigation mission.

The Adaptable Service Transport Research Apparatus (ASTRA) rover is outfitted with a very dexterous main arm and equipped with cameras, a microscope and the hardware and chemicals needed to conduct tests to detect life.

“It is honestly the most rewarding feeling,” says Shelby Tull of the result. Tull is the team lead and graduated in 2022 with a bachelor’s degree in aerospace engineering. She’s from Nashville, Tenn. and founded the project.

“We finally got to put our rover – and years of hard work and dedication, blood, sweat and tears – to the ultimate test, and it stood up to the challenge!” Tull says. “We placed among the veteran teams who we've looked up to as examples of what we wanted to accomplish, and this was just our first year.”

For the SHC team, Tull says that the toughest part was having to troubleshoot the rover during each mission. 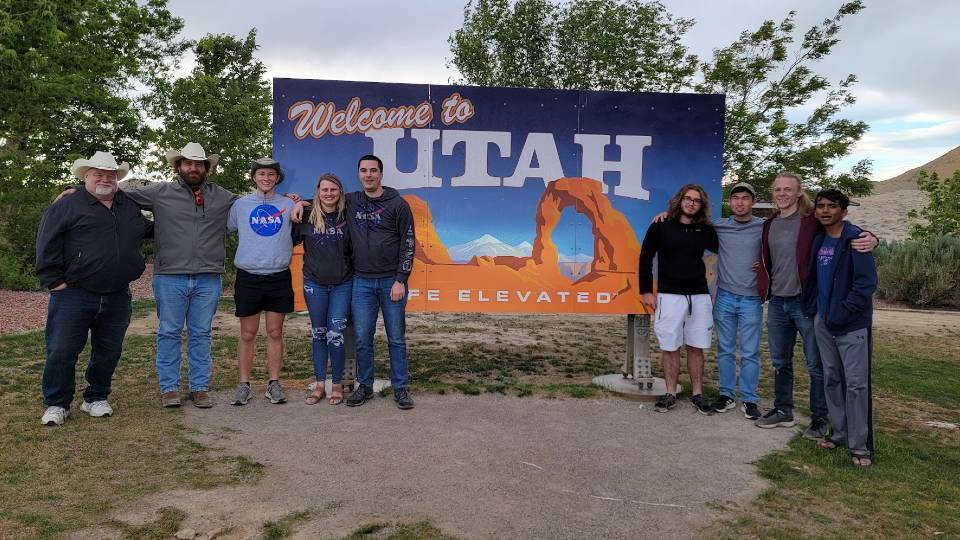 “For example, during the autonomous navigation mission, one of our mission critical sensors completely failed,” she says. “Our software lead, Areeb Mohammed, had to reprogram the rover's navigation software during the already limited mission time in order to make the rover functional again.”

At other times in other missions, the team couldn't fix the rover and had to make do, so very critical engineering decisions were made on the spot.

“This is analogous to the real world,” Tull says. “You might have a spacecraft that has a failure, and you have to troubleshoot it completely remotely from Earth.”

Andrew Adams, a senior in mechanical engineering who was the chief engineer and who has been elected team lead for the coming year, says lessons from the entire project lifecycle abounded.

“This project demands a high level of interdisciplinary work, so I was able to gain experience in project management, mechanical and systems engineering,” he says. “From these, the greatest lesson I learned was to be adaptable and persevere through adversity.”

And to test everything, Tull adds.

“Test everything, and test harder than the actual mission will be.”