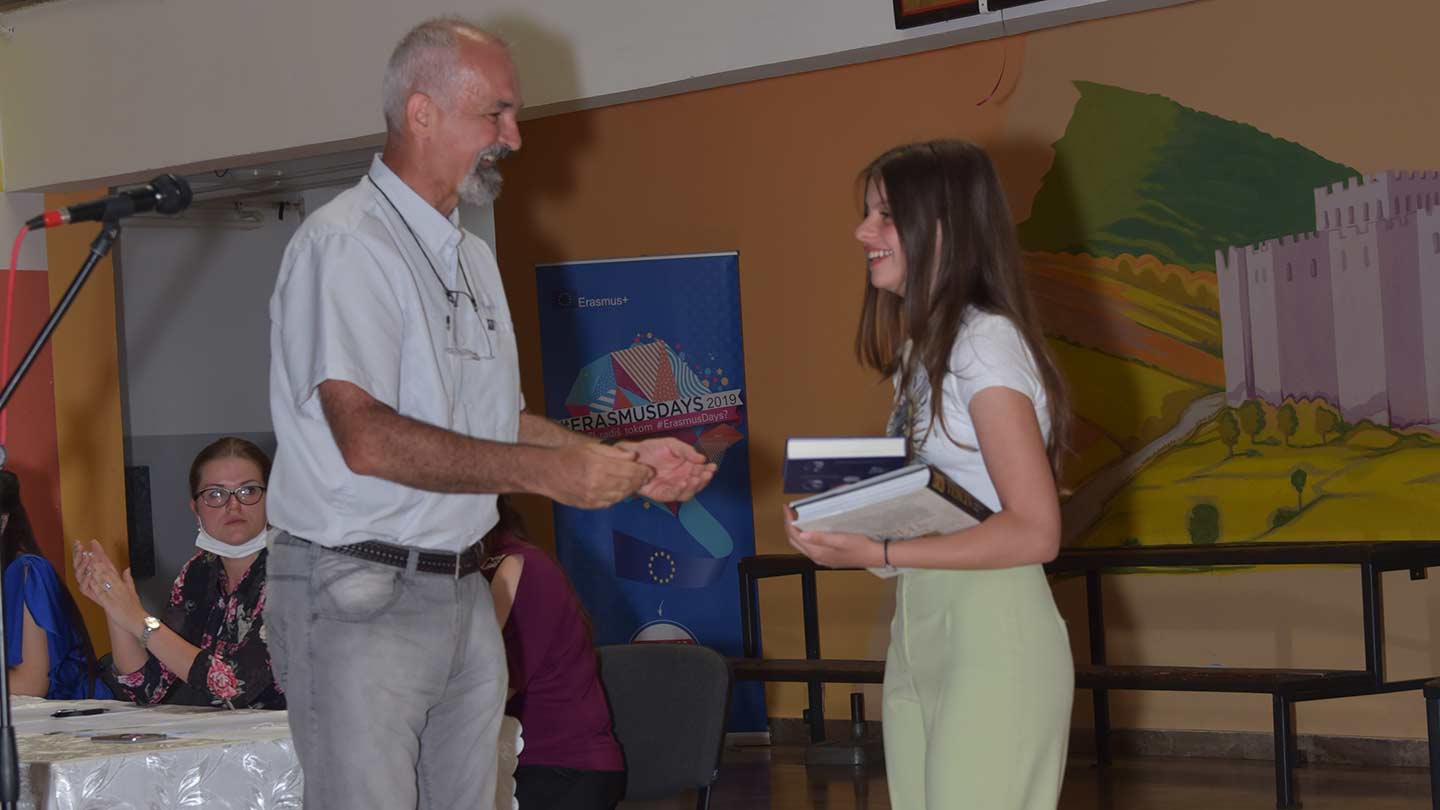 A Serbian native, Dr. Jovanov and his wife Svetlana began bringing books with them in 2006 when they made their yearly 5,000-mile summertime sojourn to visit with relatives.

“I first started giving books to students in the elementary school I attended, Despot Stefan Visoki in Despotovac, Serbia,” Dr. Jovanov says. “It is a small city, population 5,000, approximately 80 miles from the capital Belgrade.”

The Manasija Monastery on the outskirts of Despotovac, which is Dr. Jovanov’s birthplace, represents a symbol of preserved literacy during the dark Middle Ages, he says.

“After an overwhelmingly warm response from students, I also started my gifts in the elementary school my son attended, Pavle Savic in Belgrade,” he says.

“I was always interested in math and science, and I attended all extracurricular activities offered in my school and all science competitions. All my successes were clearly acknowledged by the entire community, and that was a strong encouragement for me on my path.”

Each year for the past 15, Dr. Jovanov has given away five books for the best students in grades four through eight in the fields of math and physics at Despotovac. For the past eight years, he has provided two books for students in seventh and eighth grade in Belgrade.

“Since the books acknowledge student accomplishments in science, I provide age-appropriate science encyclopedias or biographies of famous scientists in the field,” he says.

Dr. Jovanov says there are two shining examples of Serbs that came to prominence in America. Nikola Tesla “invented the 20th century” with his ideas on alternating current power generation and distribution, wireless communication and more. Mihajlo Pupin was the inventor of Pupin coils used for long-distance communication, and was a professor of electrical engineering at Columbia University and a Pulitzer Prize winner for his autobiography.

“I bring the signed books with inscription to schools every year and they decide what are the best students in the field of math and physics in each generation. Schools write the student names and present the gifts at the graduation ceremony, at the end of June,” he says.

“On a few occasions we had two exceptional students, and I provided an extra book to reward both students. I’m invited to give books to students myself when I’m in town for the graduation ceremony.”

His giving is both a way of repaying the tradition of support that the community extended to him as a student, and also encouraging its continuance.

“Every year, at a graduation ceremony, I would receive a book for every success I had during that year,” Dr. Jovanov says. “That feeling of pride and support from my community is a source of my strength to this day.”

A feeling that the sense of community encouragement for the children’s educational achievements was waning was what first compelled him to begin the book giveaways, he says.

“I wanted to give a personal touch in giving back to the community. To show young minds that we are proud of their accomplishments, and encourage them to persist on the hard, but rewarding, path of science and engineering.”