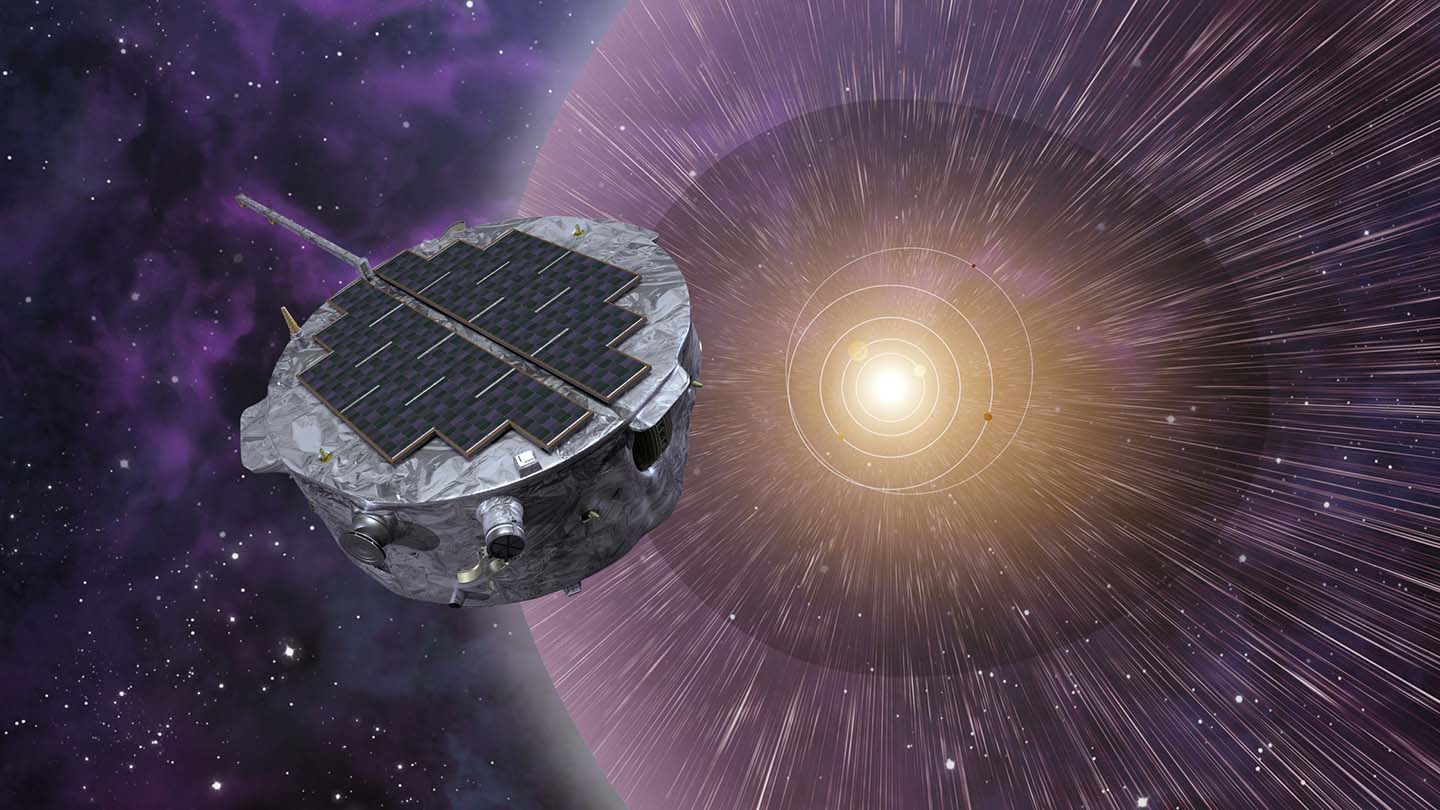 NASA’s IMAP mission will investigate the acceleration of energetic particles and the interaction of the solar wind with the interstellar medium.

UAH, a part of the University of Alabama System, is gearing up for a major computational analytics role when NASA’s $492 million Interstellar Mapping and Acceleration Probe (IMAP) launches. That’s scheduled for 2025 and likely will bring in more UAH personnel to work on the project. And the university received some good news on Feb. 10, when NASA approved HelioSwarm, a $250 million mission that will position a constellation of spacecraft to study magnetic turbulence. It could launch in 2026.

UAH’s Center for Applied Optics and its Center for Space Plasma and Aeronomic Research (CSPAR) were integral to JWST and PSP, respectively. Now CSPAR again takes the science center stage with IMAP and HelioSwarm. Dr. Gary Zank, CSPAR director and the Aerojet-Rocketdyne chair in the Department of Space Science, is a co-investigator and the science lead on both missions.

The fifth mission in NASA's Solar Terrestrial Probes program portfolio, IMAP will investigate two important issues in space physics, the acceleration of energetic particles and the interaction of the solar wind – the energetic bubble driven by the sun in which humanity lives – with the interstellar medium, which is the material that fills the space between the stars.

Dr. Zank will focus on the science expectations and the data analysis, as well as its relation to current theory and simulations. 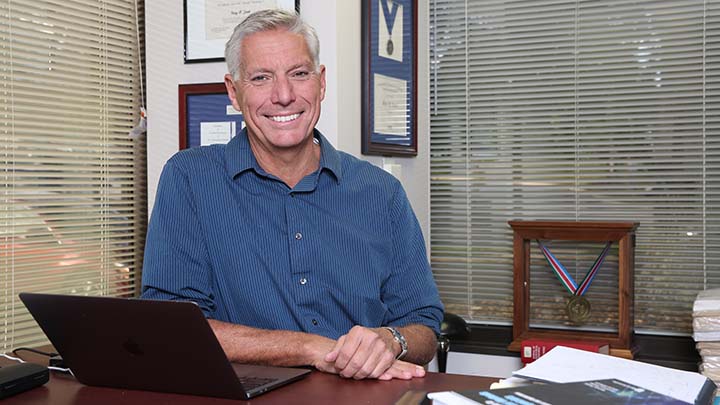 Dr. Gary Zank is a co-investigator and the science lead for IMAP.

“I will be leading that part of the mission, aided by the UAH team, and this will involve extensive analysis of the new data and relating it to the current theories for particle acceleration, modulation and solar wind models, as well as its interaction with the interstellar medium,” says Dr. Zank, who is also a University of Alabama Board of Trustees trustee professor and a distinguished professor.

“IMAP’s instrumentation offers a major leap forward in studying how cosmic rays are modulated by the heliosphere and accelerated throughout the heliosphere, and in our understanding of how solar energetic particles are accelerated by both shock waves driven by coronal mass ejections from the sun and by solar flares on the sun,” Dr. Zank says.

“It will also offer unprecedented capabilities for discovering the physics of energetic particles called pickup ions that originate from the interstellar medium but can be found in the solar wind,” he says.

IMAP will extend the capabilities of the older IBEX mission, which imaged the interaction region between the solar system and interstellar space. IMAP will be able to measure neutral particles originating from interstellar space, providing new insights into how the solar wind interacts with its galactic neighborhood.

“We expect to develop a much better understanding of how some particles gain their fantastic energies, with speeds very close to the speed of light; how this affects the physics of the solar wind dynamically; and how the solar wind and interstellar medium interact, which is a highly complex and nonlinear interaction that represents one of the most challenging problems in both plasma physics and its application to the space environment,” Dr. Zank says.

The IMAP mission completed its Point-B review in 2020 and is now in critical preliminary design work for the mission, spacecraft and instruments.

“This means the program is on schedule,” Dr. Zank says. “Since a lot of the mission instrumentation was already at a high level of mission readiness, this phase is going well and is on target for a 2025 launch.”

Beyond IMAP, NASA’s mission approval means that HelioSwarm can begin to move forward toward becoming a reality. HelioSwarm will launch a large swarm of nine spacecraft, all traveling fairly closely in a random formation, to measure different regions of volume while being separated in both space and time.

“It is a new NASA mission that will make revolutionary advances in our understanding of turbulence in the interplanetary and interstellar medium,” Dr. Zank says.

Now that NASA has green-lighted it, through mid-2024 Dr. Zank says that the HelioSwarm mission will be involved in instrument development and integration into the instrumentation suite, as well as designing the nodes and the hub spacecraft that will control everything and communicate with the spacecraft and the deep space network.

“Then there will be the final building and integrating,” Dr. Zank says. “It will be a very busy time for the experimentalists and engineers.”

After launch, HelioSwarm will reside in near-Earth orbit but it will be positioned outside the Earth’s magnetosphere so it will be in the reasonably pristine solar wind.

“It will examine magnetic, velocity and density fluctuations in the solar wind,” Dr. Zank says. “This has never been done before on this sort of scale, and will completely revolutionize our understanding of how turbulence moves energy around in space as well as in phase space.”