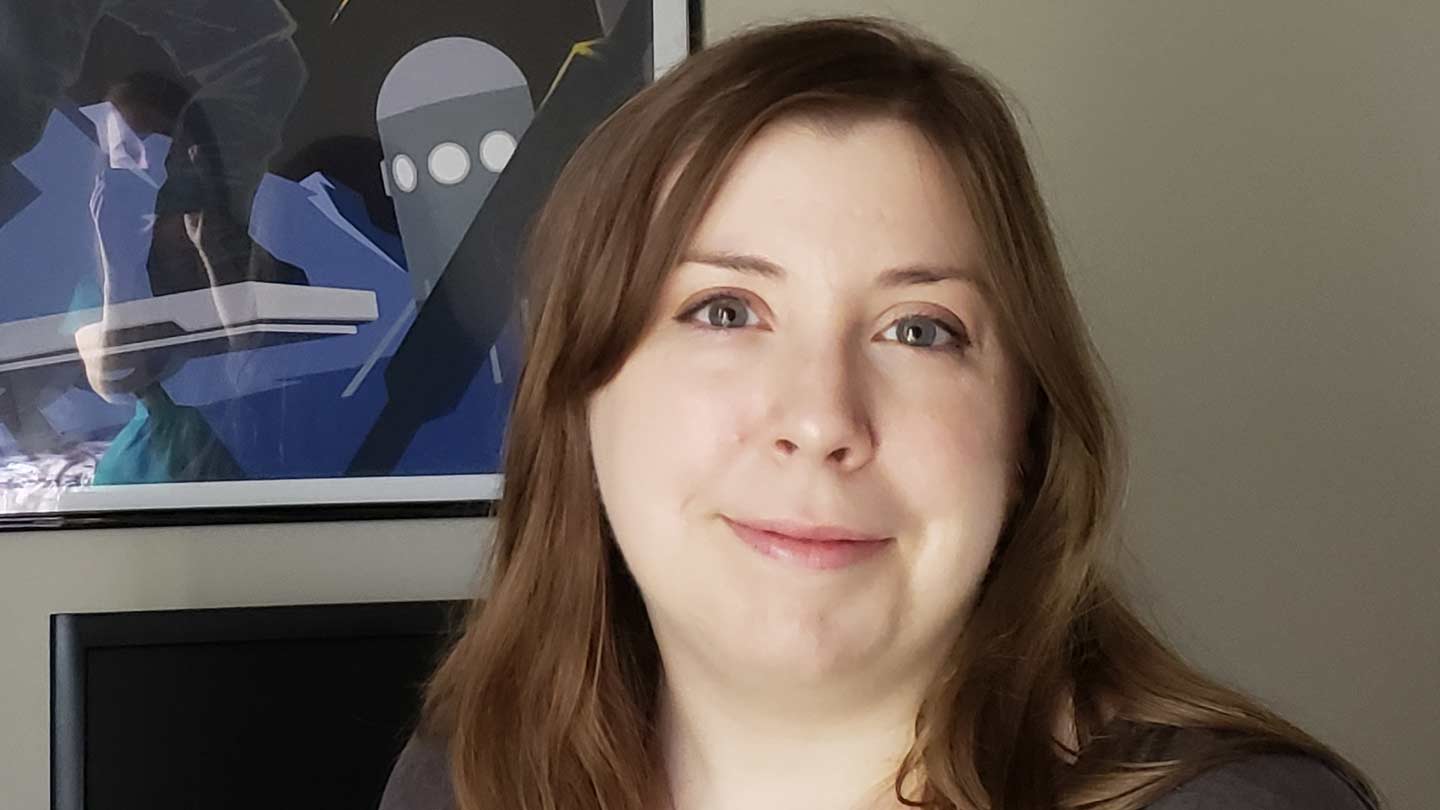 Samantha Johnson is advised by Dr. Don Gregory, a distinguished professor of physics.

A doctoral student in physics at The University of Alabama in Huntsville (UAH) who is a graduate research assistant (GRA) at NASA’s Marshall Space Flight Center (MSFC) has been awarded a $4,000 optics and photonics education scholarship by SPIE, the international society for optics and photonics.

Samantha Johnson was awarded the scholarship for her potential contributions to the fields of optics, photonics or a related field. She is advised by Dr. Don Gregory, a distinguished professor of physics.

Winning the scholarship was a surprise, Johnson says.

“Scholarships at the graduate level are very competitive,” she says. “I was relieved and grateful because financially, it really helped me out.”

Her involvement in optics outreach, particularly with public outreach for the Lynx X-ray Observatory Concept study, may have contributed to receiving the award, Johnson says.

“I have participated in the local Science Olympiad, for which Dr. Gregory is an organizer, for the past four years,” she says. “I also gave a talk for the local Astronomy on Tap: Rocket City where I talked about X-ray astronomy at MSFC with an emphasis on our mirror manufacturing and calibration facilities.”

“I was the science lead for developing an anti-coincidence shield for hard X-rays,” she says. “Dr. Jessica Gaskin, one of the mentors for the ALFRED, hired me as an intern for the MSFC X-ray Astronomy Group and that internship developed into a graduate research position.”

At MSFC, she is helping develop, assemble and characterize a device that polarizes X-rays through Bragg crystal diffraction. The device will be used to help calibrate the upcoming IXPE mission.

“I'm a member of the IXPE calibration team, so I also help support telescope calibration. I also do research on the X-ray mirrors that we make at MSFC,” Johnson says. “I investigate parameters in the replicated X-ray mirror fabrication process which degrade the mirrors' performance.”

The mirrors are mainly used for X-ray astronomy but they also have applications in imaging particle collisions, where they act as more of an X-ray microscope.