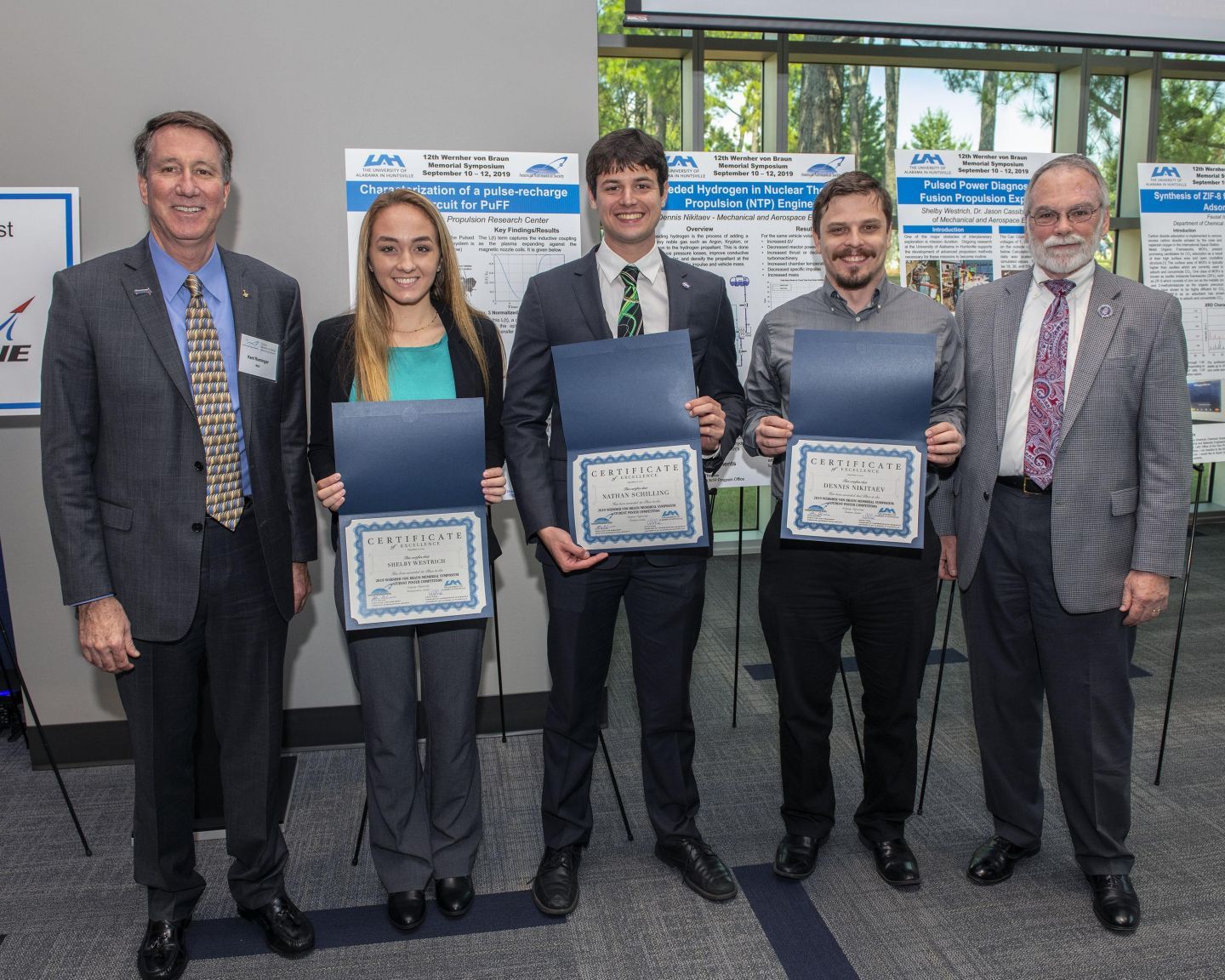 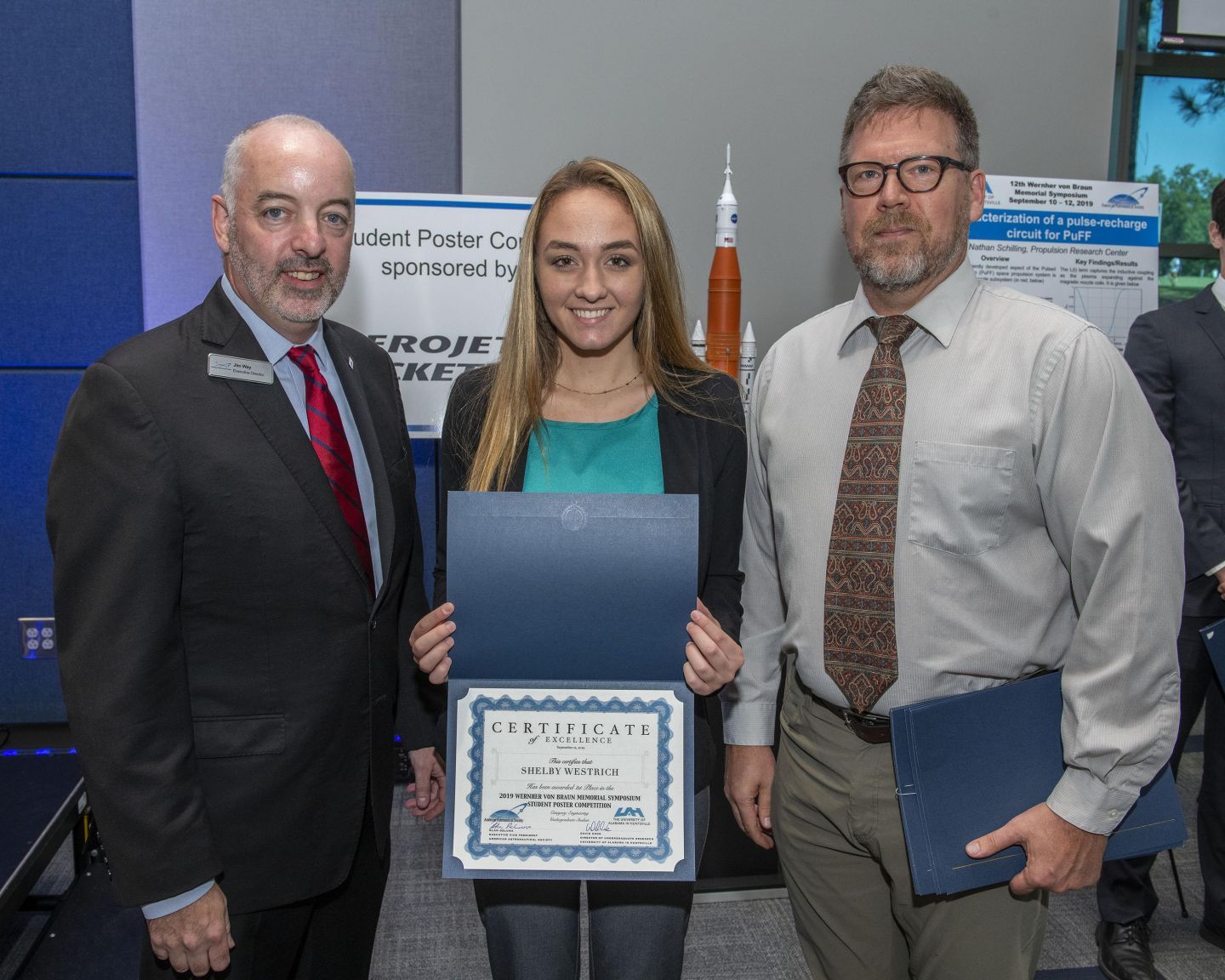 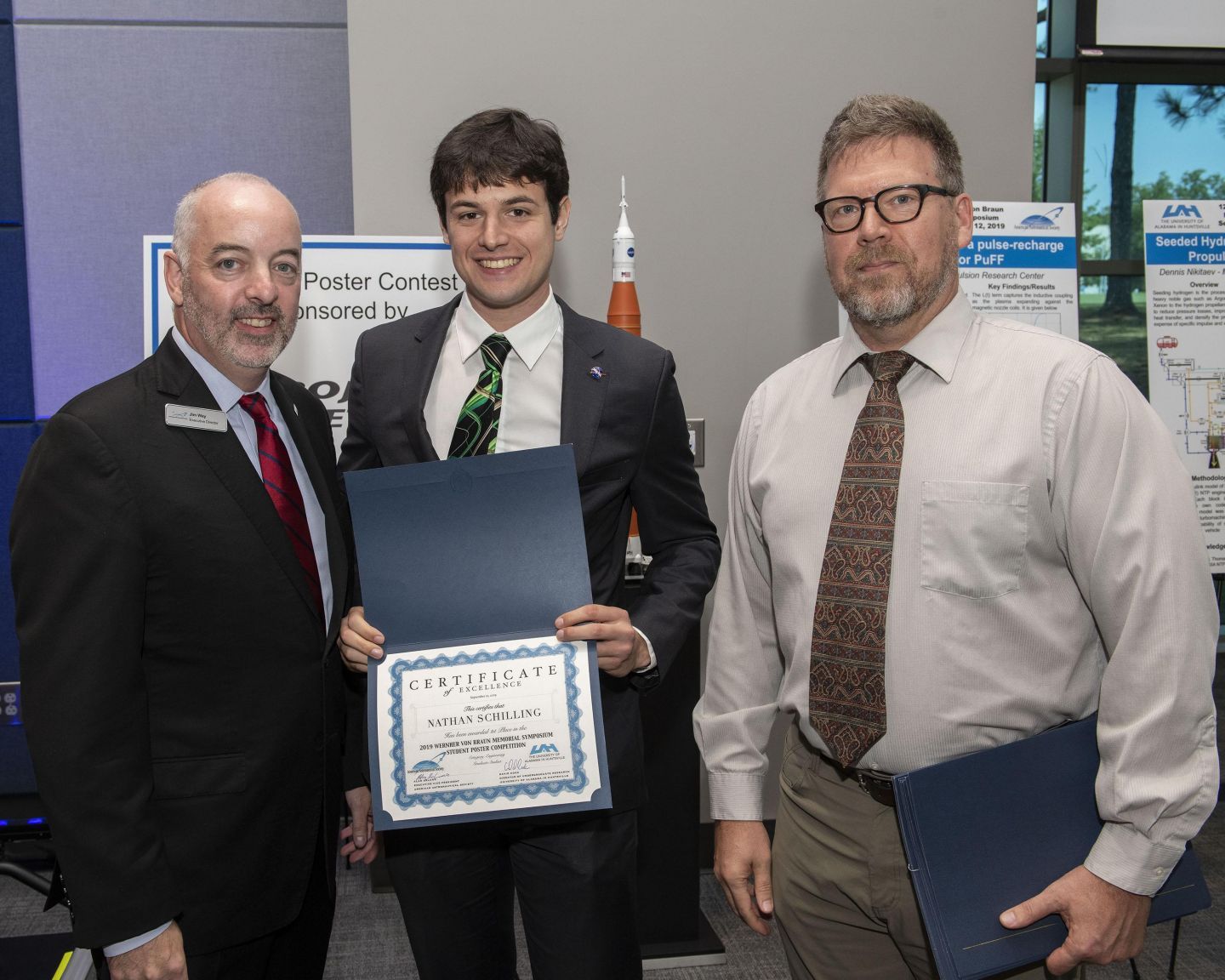 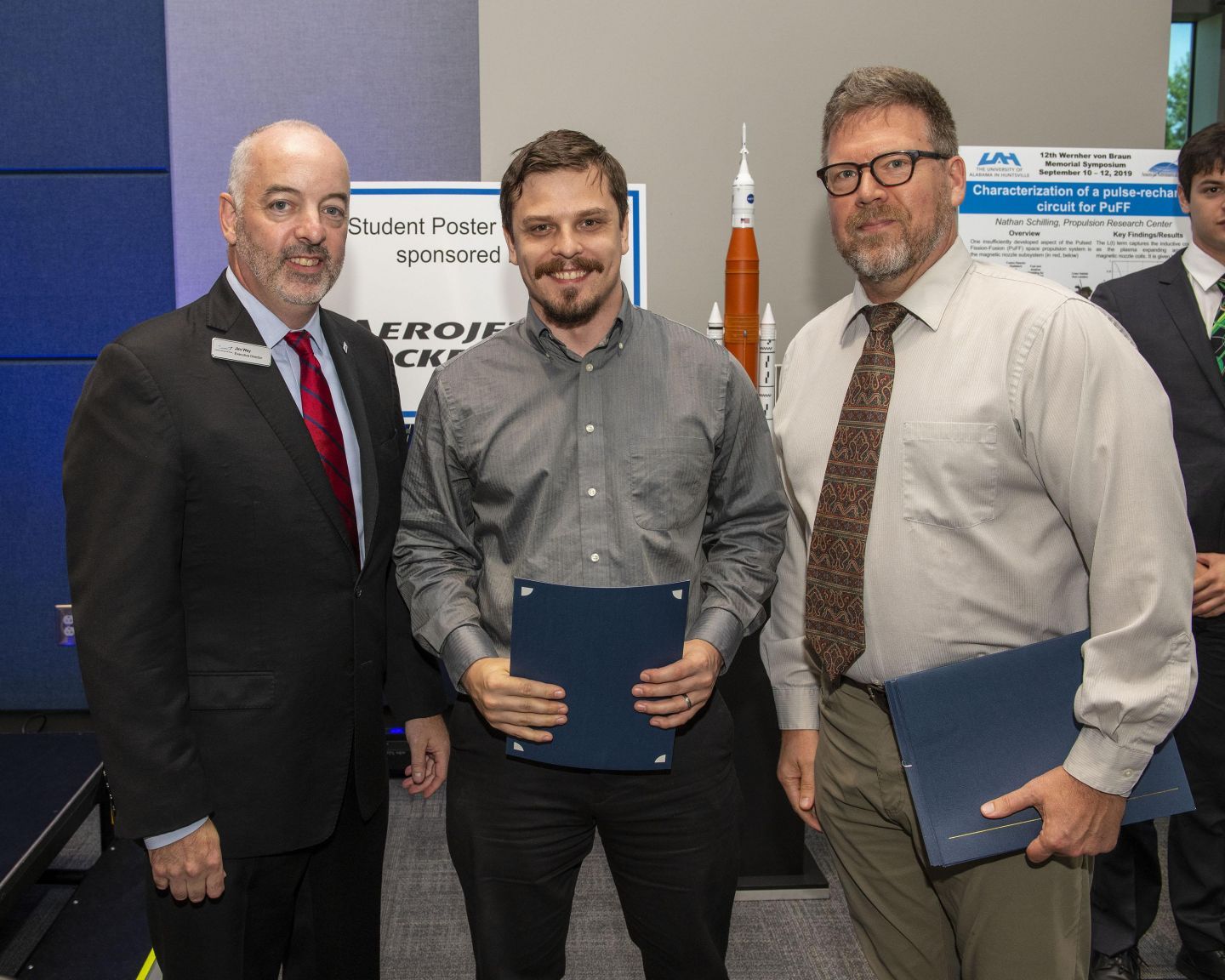 One of the main limiting factors for manned interplanetary exploration is mission duration. For space travel to become routine, advanced propulsion methods must be developed to reduce trip times for interplanetary missions. The University of Alabama in Huntsville’s fusion propulsion laboratory utilizes pulsed power to produce the high temperatures and other conditions needed to study fusion for propulsion and power applications. Currently, a 3kJ pulsed power system called the “Can Crusher” is operational and a 60kJ, 1MA pulsar is under development. As the scale of pulsed power experiments in our laboratory increases, simple methods for measuring voltage, magnetic field, and current begin to fail. Therefore, a more reliable approach is necessary.

Magnetic field probes were designed, constructed, and calibrated to solve this issue. The probes consist of magnetic copper wire coiled around a Nylon bolt, and were calibrated using a Helmholtz coil. The Can Crusher was operated at 1, 2, and 3kV initial charging voltage on the capacitor. The probe was placed near the experimental load and the voltage trace was observed on an oscilloscope. After digitizing the data, calculations were preformed to determine the current traveling through the system and the magnetic field produced. With the aid of simulations, the peak currents ranged from 18 to 55kA. It was concluded the probes need to be paired with a Rogowski coil to generate more accurate measurements in future pulsed power experiments.

The magnetic nozzle for the interplanetary Pulsed Fission-Fusion (PuFF) propulsion system is unique because in addition to providing vehicle thrust it must also recharge itself. While there has been preliminary work characterizing how the nozzle will provide vehicle thrust, and optimizing the nozzle design for thrust, little work has been done characterizing how the nozzle will recharge the vehicle. Current literature suggests that recharge will occur through Magnetic Flux Compression, which necessitates seed coils and an impedance-matched transformer.

First, a T-equivalent transformer model and a conventional lumped-parameter circuit model that are numerically integrated in MATLAB, are proposed and characterized. Next the circuit performance is characterized using this model and this results in an optimized transformer and overall circuit design that maximizes the power gained during recharge. With this model, propulsion systems can use less-intrusive magnetic flux compression energy conversion, which is more compact and can be easily integrated into the nozzle.

A MATLAB Simulink nuclear thermal propulsion engine model and a Mars vehicle performance code were created and validated to examine the effects of adding heavy noble gases into hydrogen (seeding). Seeded hydrogen was found to increase overall engine and vehicle performance by reducing pressure losses, increasing thrust, decreasing reactor power, and increasing the overall change in velocity of the vehicle. The tradeoff was found to be lowered specific impulse resulting in vehicle mass increase of up to 41.25%.

When compared to densified hydrogen, the vehicle performance at around 30% seed mass concentration was about the same. Beyond this seed concentration, the performance increased to provide up to a 32-day savings on a round trip to Mars having a reference duration of 357 days using pure hydrogen. However, the best case for improved vehicle performance was found to be seeded densified hydrogen which provided a reduction of up to 41 days on a round trip to Mars.