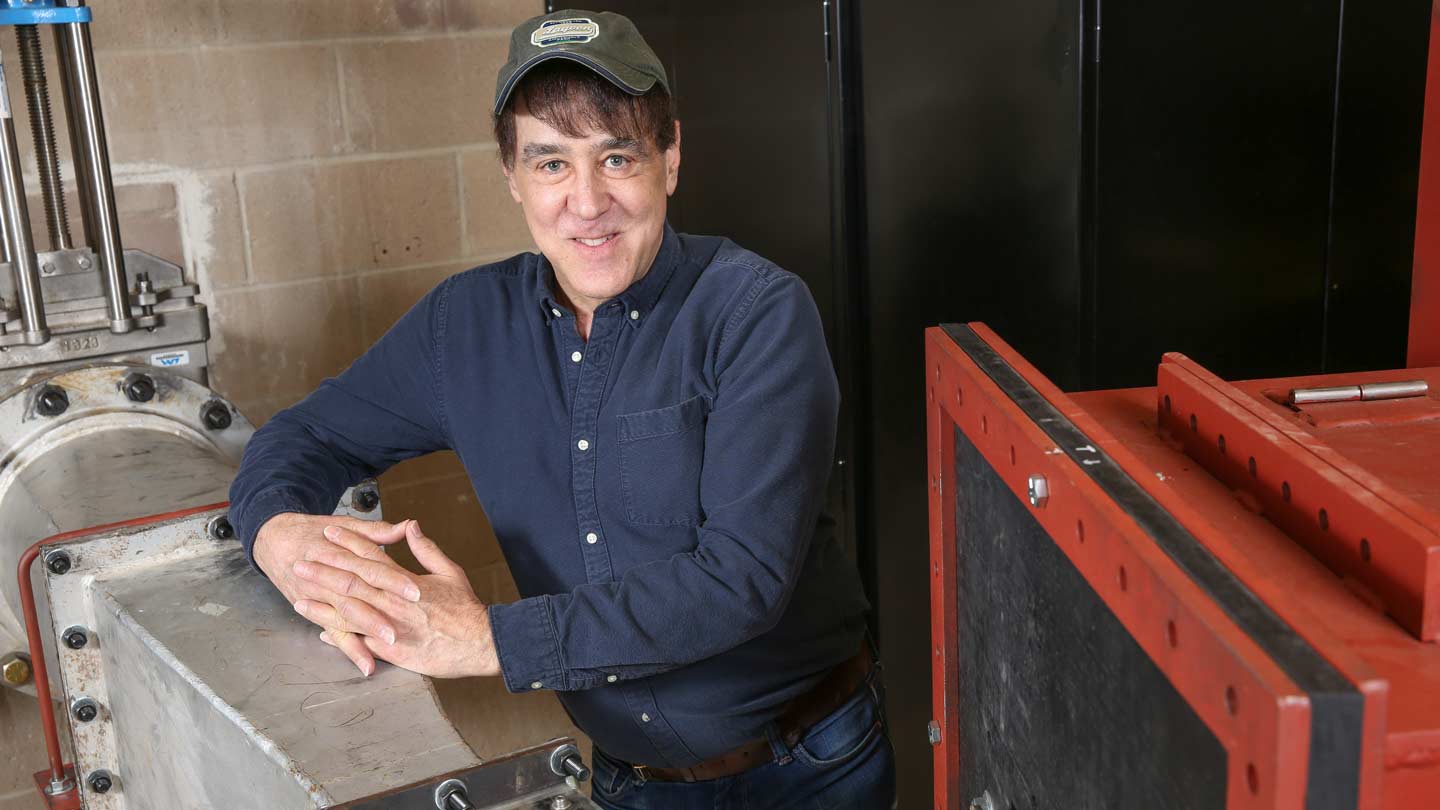 Dr. Phillip Ligrani is the principal investigator for the gas turbine research.

The wind tunnel at The University of Alabama in Huntsville (UAH) Johnson Research Center (JRC) will be used to provide data to research gas turbine hot section components at engine conditions.

Known as the SuperSonic/TranSonic/WindTunnel or SS/TS/WT, the $2 million facility will be utilized during a two-year grant from Solar Turbines Inc. in San Diego, Calif., to study innovative cooling configurations and develop a new physical understanding of surface heat transfer characteristics, including cooling technologies. The principal investigator is Dr. Phillip Ligrani, eminent scholar in propulsion and professor of mechanical and aerospace engineering. The aim of the research is to reduce gas turbine cooling air requirements and reduce thermal loading, with equivalent improvements in thermal protection and structural integrity.

As data are acquired, the SS/TS/WT will be employed in a blow-down mode to create the transonic flows under investigation. During each test, a variety of flow characteristics will be measured, including surface static pressures, flow stagnation pressures, mass flow rates and Mach numbers. Advanced infrared thermography techniques will also be employed to acquire the associated spatially resolved surface heat transfer characteristics.

"Currently, there is much interest in transonic, supersonic and hypersonic flows for a variety of applications, which range from gas turbine engines to hybrid space vehicles to rockets and missiles," Dr. Ligrani says. He says there is much to learn in regard to related effects, such as thermal transport and convective heat transfer, along with techniques to alter and control associated flow characteristics. 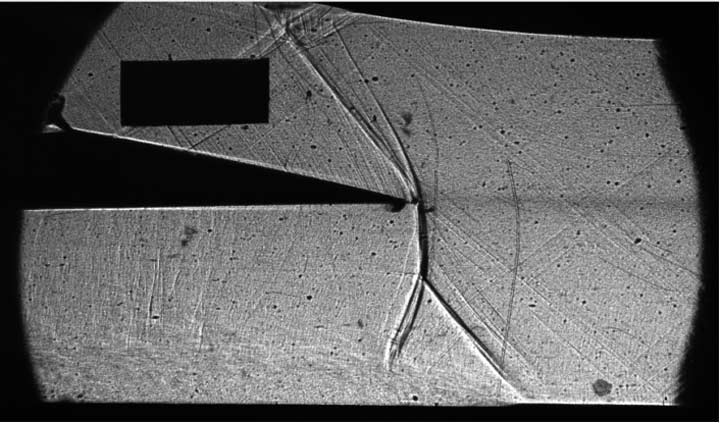 A shadowgraph visualization of a normal shock wave, with a separated turbulent boundary layer and lambda foot, was obtained April 5, 2018, from wind tunnel testing at Mach 1.54. Flow direction is from right to left.

"Consequently, there is much opportunity for innovative and creative research and development approaches to improve the performance of engineering components that operate within, or in proximity to, such high-speed flow environments," Dr. Ligrani says.

"As the project is undertaken, these students will learn about techniques for investigation of high-speed flow environments and will develop new understanding of important related phenomena as they are affected and altered by the high-speed flows," says Dr. Ligrani.

Earlier this year, experimental results were obtained using the wind tunnel that confirmed the research team’s ability to produce and investigate transonic and supersonic flow environments and led to the award of the research contract.

"One key ingredient from this testing was the production and visualization of a normal shock wave within one of the wind tunnel test sections," Dr. Ligrani says.

Creation of such a shock wave is difficult and required much effort, he says.

"Detection of this normal shock wave is important because it demonstrates a high level of expertise in regard to high-speed flow research capability," Dr. Ligrani says. "It represents an important achievement in our wind tunnel development. Not many university laboratories in the USA are able to produce such a result."

The wind tunnel’s test sections reside in the Air Breathing Test Cell at the JRC. Test sections of the facility reach speeds and air velocities ranging from Mach 1.6 at an airspeed of approximately 1,230 miles per hour to Mach 3 at an airspeed of about 2,300 mph. Five air storage tanks provide 50 cubic meters of compressed air storage at supply pressures up to 2,500 pounds per square inch.