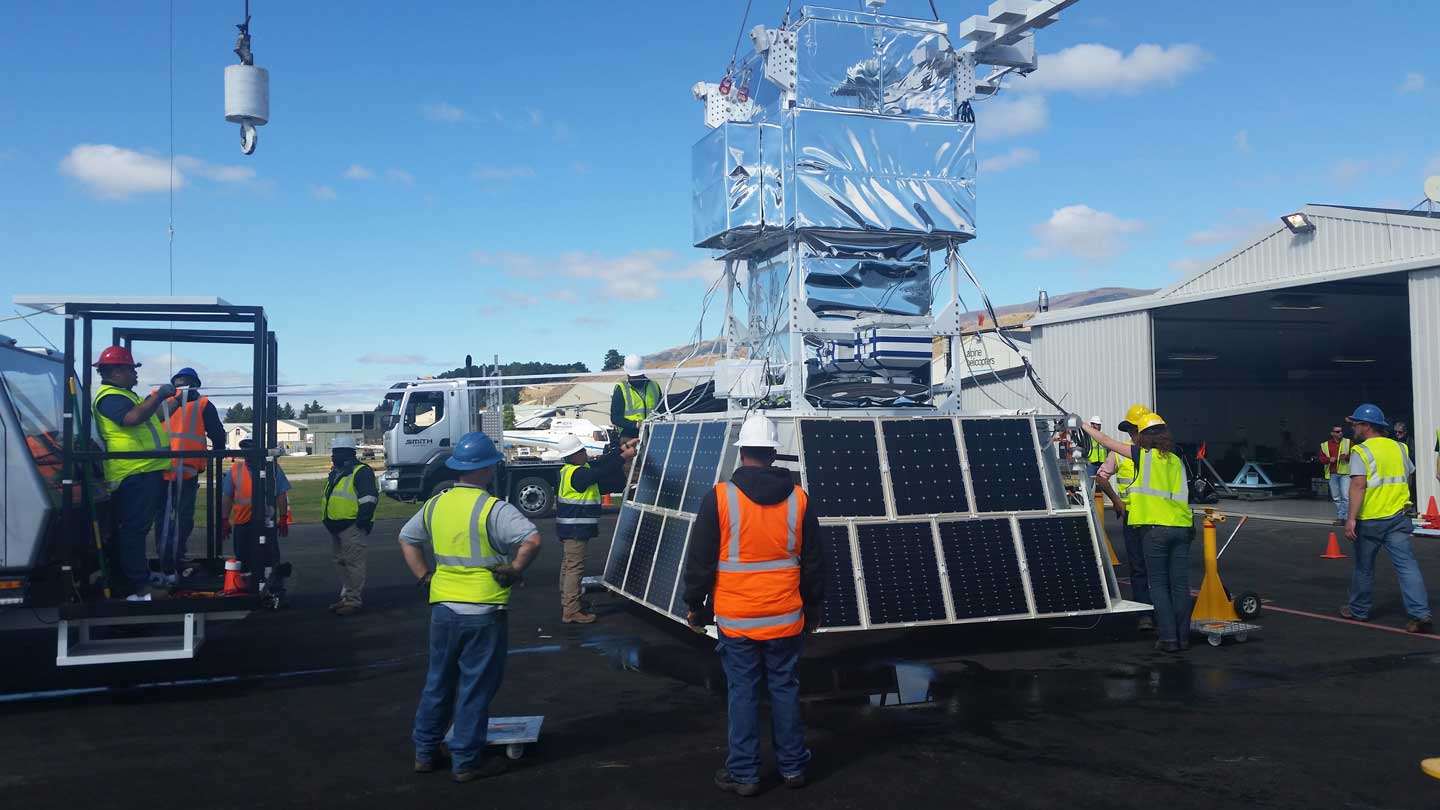 Critical systems for NASA’s Extreme Universe Space Observatory (EUSO) Super Pressure Balloon have been supplied and calibrated by The University of Alabama in Huntsville.

The balloon is a prototype engineering test bed for the future satellite launch of the EUSO instrumentation. Once launched, the balloon is expected to circle the Earth for up to 100 days, a record for an ultra-long duration flight.

A new telescope aboard the balloon is designed to detect ultra high-energy cosmic rays interacting with the Earth’s atmosphere. UAH researchers were at the launch site at Wakana, New Zealand, from February until early April. One UAH graduate student, Malek Mastafa, remains there awaiting an opportunity to guide an airplane under the balloon.

"This is a follow-on flight to the one in Timmins, Canada, in 2014," says Dr. James Adams, a principal research scientist at UAH’s Center for Space Plasma and Aeronomic Research (CSPAR).

Cosmic rays interact with nuclei in the atmosphere, creating an intense shower of particles that cause the atmosphere to fluoresce. The EUSO instrument’s main component is a high-speed video camera that records a video clip at 400,000 images per second of the fluorescent spot of light streaking down through the atmosphere at the speed of light.

"UAH provided the solar power system, the onboard calibration system and a tracker system that allows an airplane to be guided under the balloon in order to calibrate the instrument in flight," says Adams. "UAH student Malek Mastafa will serve as navigator to direct the pilot to fly under the balloon. UAH also provides a calibration system that flies on the airplane."

The UAH team is Dr. Adams; his student, Malek Mastafa, in the Department of Physics; Evgeny Kuznetsov a CSPAR engineer; and Doug Huie, an engineer with the Rotorcraft Systems Engineering and Simulation Center.

The telescope was designed with participation from 16 countries. The U.S. team is led by University of Chicago and includes Colorado School of Mines, Marshall Space Flight Center, The University of Alabama in Huntsville and Lehman College at the City University of New York.