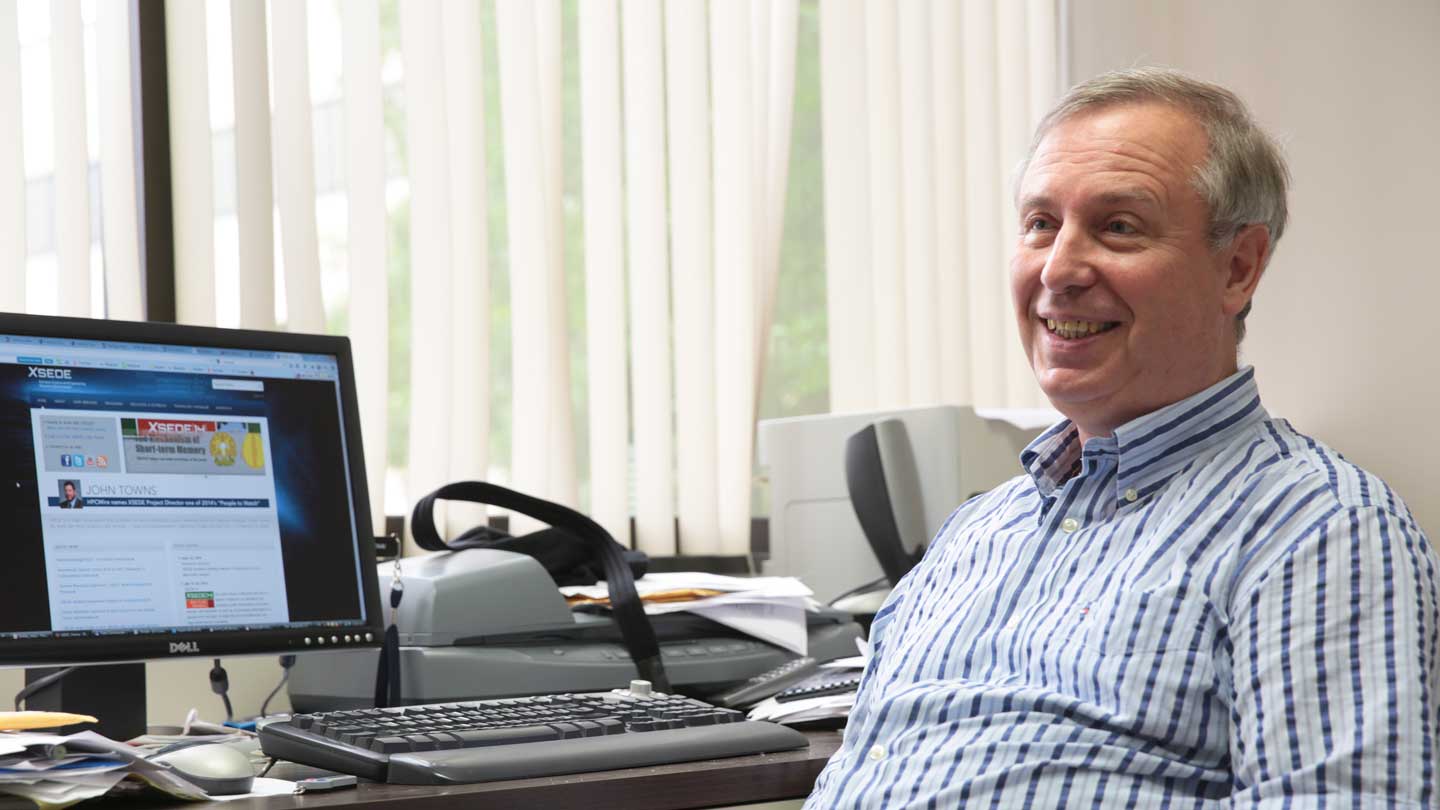 Dr. Nikolai Pogorelov, a professor in the Department of Space Science and the Center for Space Plasma and Aeronomic Research (CSPAR) at The University of Alabama in Huntsville (UAH), has been elected a 2017 fellow of the American Physical Society (APS) by the APS Council of Representatives upon the recommendation of the Topical Group on Plasma Astrophysics. Dr. Pogorelov was nominated by Dr. Gary Zank, department chair and CSPAR director, and Dr. James Stone, chair of the Department of Astrophysical Sciences at Princeton University.

“It is a great honor for me to become a fellow of the American Physical Society, which I consider an appreciation of my efforts to advance physics for the benefit of our society,” says Dr. Pogorelov, who is the co-author of three books and the lead editor of 11 proceedings books on the numerical modeling of space plasma flows. “I am happy to share my excitement with my colleagues and students at UAH, and I am especially grateful to my distinguished nominators, Professor Gary Zank at UAH and Professor James Stone at Princeton University. I will do my best to justify the trust of the APS and its Division of Plasma Physics, and continue to work with my students on solving the puzzles offered to us by spacecraft measurements and remote observations of astrophysical objects.”

The honor of APS fellow is bestowed annually upon no more than one half of one percent of the Society’s membership in recognition of outstanding contributions to the simulation of space plasma and plasma astrophysical systems.

“Nick is one of the world leaders in the general field of computational space physics and astrophysics, and has been for a number of years now,” says Dr. Zank. “Both Jim and I felt that Nick’s election as an APS fellow was long overdue, and we’re delighted that our nomination succeeded. The American Physical Society is the most prestigious physics society in the U.S., so to be elected a fellow represents a singular honor in one’s professional career.”

Dr. Pogorelov is one of only two APS fellows in the Department of Space Science and CSPAR, and three total at UAH. Earlier this year, he was presented with the University Distinguished Research Award at UAH’s Faculty Spring Awards Ceremony and Reception.