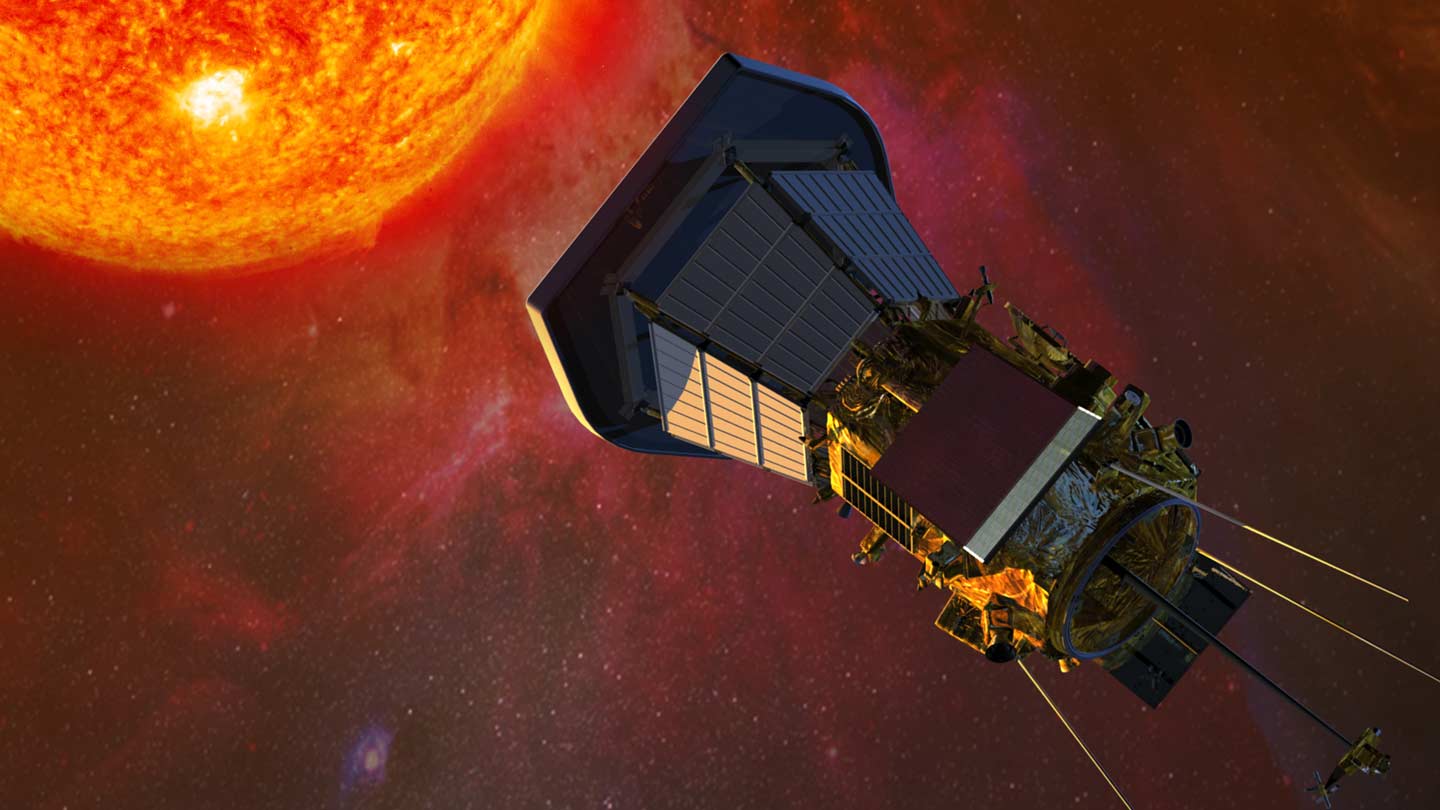 The Parker Solar Probe will make about 24 orbits of the sun in seven years, and is streaming data to UAH scientists now.

Now orbiting the sun, the Parker Solar Probe (PSP) is streaming an incredibly large amount of data from the Solar Wind Electrons Alphas and Protons (SWEAP) instrument suite to NASA and then to The University of Alabama in Huntsville (UAH), where the SWEAP team is analyzing it.

As the spacecraft does its work, the entire PSP team including UAH has received the 2018 American Astronautical Society (AAS) Neil Armstrong Space Flight Achievement Award for its work.

"The award is a great acknowledgement of all the hard work that went into making this mission and SWEAP a success, and hopefully it's a sign of more recognition to come," says Dr. Gary Zank, director of UAH’s Center for Space Plasma and Aeronomic Research (CSPAR) and the Aerojet Rocketdyne chair of the university’s Department of Space Science.

A Faraday cup that is part of PSP’s SWEAP array was designed, created and tested by a partnership between UAH, Marshall Space Flight Center (MSFC) and the Harvard Smithsonian Astrophysical Observatory (SAO) to sample the solar wind while exposed directly and traveling closer to the sun than spacecraft from Earth have ever been.

Also aboard as part of SWEAP are two Solar Probe Analyzer instruments known as SPAN-A and SPAN-B. With a wider area of coverage, the SPAN devices collect particles and sort them through a series of deflectors and voltages based on their mass and charge. SPAN-A measures electrons and ions. SPAN-B is dedicated to electrons only.

"Two of my researchers, Dr. Lingling Zhao and Dr. Laxman Adhikari, who are working with me on PSP, spent a week at Harvard-Smithsonian learning about the data and how to process it, together with UAH graduate student Yu Chen," says Dr. Zank. "They were very excited to be able to ‘touch and hold’ the first plasma data from PSP and from this region of space - the closest approach to the sun so far. So we’re fully engaged." 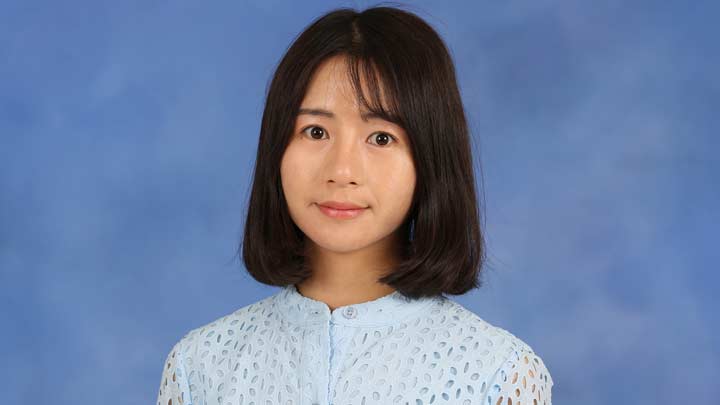 Data analysis is expected to take years, as the PSP mission has a projected life of seven years and it could be extended upon review.

"We can anticipate six more years of science," Dr. Zank says, and he expects UAH Department of Space Science students will gravitate towards the PSP mission because it's so new and exciting.

"The SWEAP team takes the Level 1 data from NASA and begins to clean it up, taking into account offsets and other instrumental effects. This initial data is essentially a set of voltage readings," Dr. Zank says.

The voltages are converted to data products corresponding to the appropriate moments that describe plasma variables such as number density, plasma velocity and temperature.

"Much of these activities are automated, and we're at the discovery stage in exploring the data products, trying to understand especially how the solar wind this close to the sun differs from the more familiar solar wind that we have studied closer to the Earth," Dr. Zank says.

The researchers are processing plasma data and hoping to start processing broader data soon. Processed data is stored in a data center and is accessible to all PSP team members initially. After some months, it will be available to anyone interested in using it. 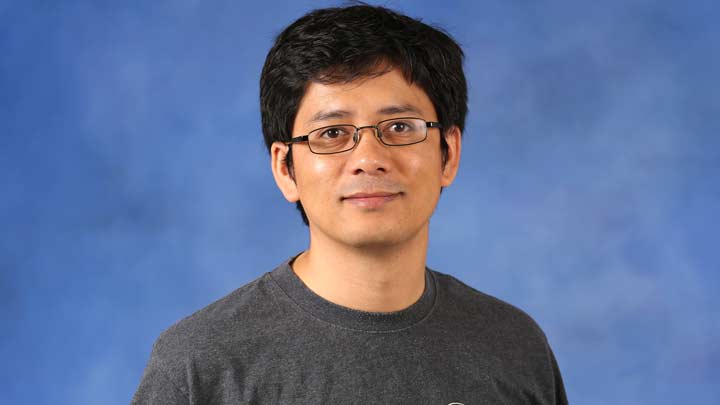 PSP provided UAH scientists with their first bit of tantalizing excitement when – while closest to the sun – it crossed a narrow region called the heliospheric current sheet where opposite magnetic fields arise and vanish.

"It appeared to observe a region with unusually large and chaotic or turbulent fluctuations in the plasma variables," Dr. Zank says. "This is quite unusual compared to our experience closer to the Earth."

Dr. Adhikari is the researcher working with Dr. Zank to use PSP data to study the evolution of turbulence in the solar atmosphere, and the turbulence between the sun and the Earth.

"We will use the data of solar wind speed, density, temperature and magnetic field from the PSP to calculate several turbulence quantities and compare them with our theoretical results," Dr. Adhikari says. "We will explore how the turbulence energy, density, speed and temperature evolve in the heliosphere between the sun and the Earth. Our aim in this project is to understand the origin of the fast solar wind and the heating of the solar corona to millions of degrees Kelvin."

Coronal heating and the acceleration of the solar wind are two of the most persistent problems in space plasma physics and solar physics, he says.

"These problems have been studied from several theoretical models for more than a half century. Using PSP data, in situ turbulence close to the sun and turbulence of the solar atmosphere can be studied for the first time," Dr. Adhikari says. "Therefore, I am very interested in the PSP data. In addition, we have developed a theoretical model describing turbulence transport and plasma heating in the solar corona. We can directly compare our theoretical results with the PSP measurements." 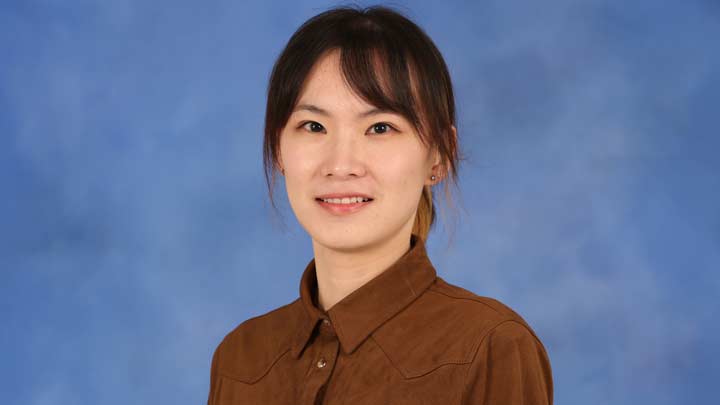 UAH scientists are also studying whether tiny magnetic island-like structures called magnetic flux ropes are present in the region, as well as observing the characteristics of the magnetized turbulence there.

"In our prior work, we have developed a stochastic transport theory for charged particles propagating in a turbulent region filled with numerous interacting small-scale magnetic flux ropes. And our theory has successfully predicted the observed unusual energetic particle flux enhancement and spectra evolution at 1 au and 5 au," she says. "We want to further test our theory to see if it applies to the region near the solar corona."

Graduate student Chen traveled to SAO in Cambridge, Mass., to learn more details about PSP because she’s part of a group working with Dr. Qiang Hu, an associate professor of Space Science, on spacecraft observation of small-scale magnetic flux rope.

"The origin of these small structures is still debatable, and the sun is one of the possible sources," Chen says. "The PSP is designed to observe the inner corona of the sun and it will approach more closely to the sun than any other spacecraft or probe, so we hope that the PSP could provide observational data which would help us to determine the origin or evolution of these structures."

These inquiries provide a pathway to a future potentially ripe with new discoveries.

"Stay tuned!" Dr. Zank says. "This is going to be extremely interesting."