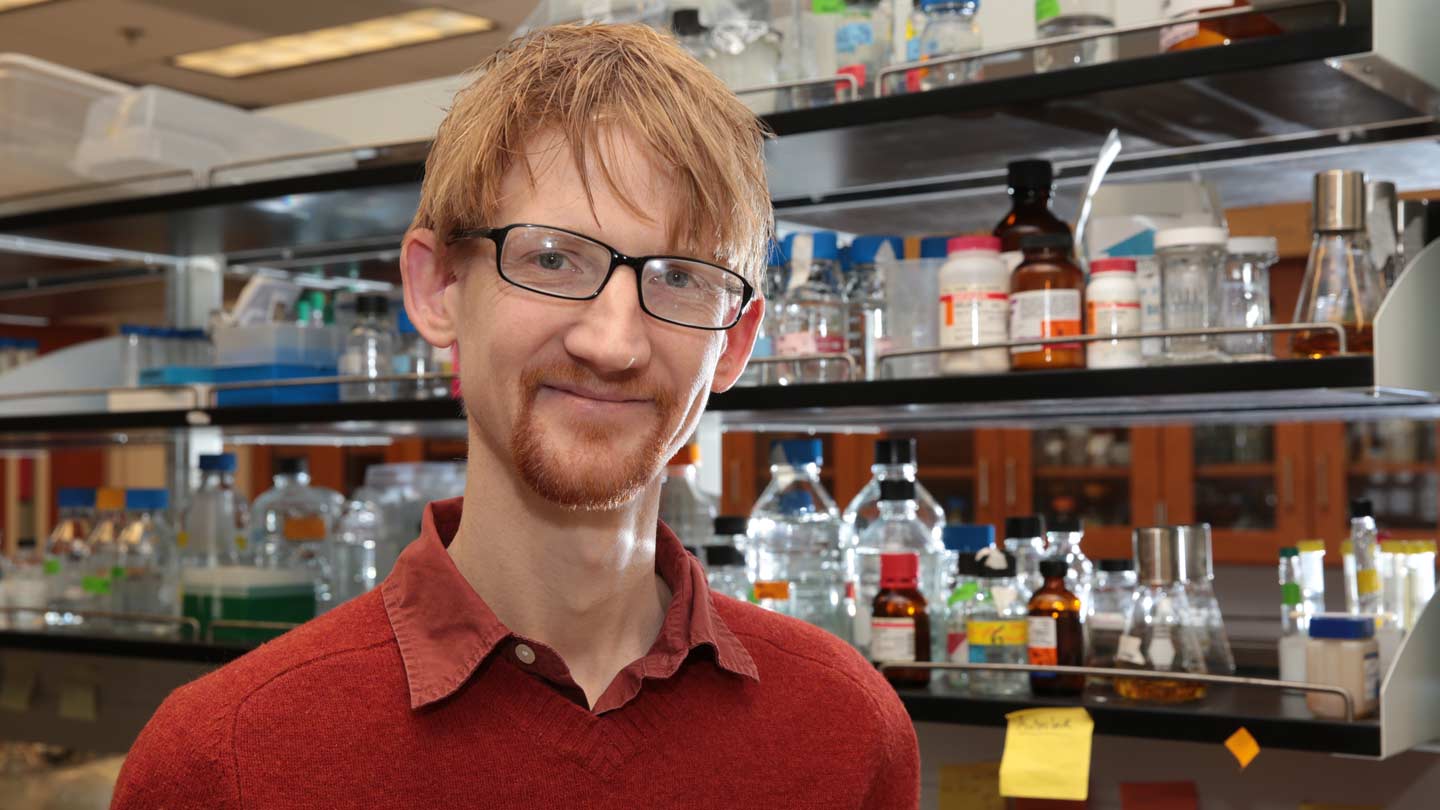 Dr. Eric Mendenhall, assistant professor of biology at UAH, worked closely with a team of researchers that included Dr. Dan Savic and Dr. Richard Myers to develop a new way of locating enhancers.

Dr. Eric Mendenhall, assistant professor at The University of Alabama in Huntsville (UAH), has discovered a new way of locating the genetic "switches" on specific points on DNA, called enhancers, that control when a gene is turned on or off.

"There are over a million of these switches in our genomes, and the first step is finding them," says Dr. Mendenhall, who is also an adjunct faculty investigator at the HudsonAlpha Institute for Biotechnology. "Labs have studied some of these enhancers for decades, and we know they can be involved in human disease. But we don't know how most of them work."

The team began with ChIP-seq, which is a common method for manipulating DNA sequences for research but one that works only 5 percent of the time. With it, researchers can attach antibodies to the proteins that are part of the on/off system and then use those antibodies to locate the enhancers.

Then they added CRISPR/Cas9, adapting it to place a beacon in the enhancers that would allow them to more easily find the sites where specific transcription factor proteins were binding to the genome.

The result? CETCh-seq, which Dr. Mendenhall says could revolutionize scientific understanding of both the proper functioning and the possible malfunctioning of enhancers. "I didn't appreciate how big a problem ChIP-seq failing to work was until I started working with the Myers lab," he says. "Both Dan and I realized CRISPR/Cas9 could help, and my lab at UAH was already using CRISPR for other projects. So we combined forces and worked it out in a matter of months."

Dr. Savic is equally enthusiastic about the partnership – and where it may lead. "We can now begin to understand the specific role of these transcription factor proteins and their DNA 'switches' directly in disease," he says. "Ultimately, the goal is to better understand diseases on a molecular level, a necessity for developing better and more targeted drugs to treat these catastrophic illnesses."

The team's findings will appear in the article "CETCh-seq: CRISPR epitope tagging ChIP-seq of DNA-binding proteins," which will be published this month in the journal Genome Research. Co-authors of the paper include Dr. Christopher Partridge, Kimberly Newberry, Sarah Meadows, Brian Roberts, Dr. Mark Mackiewicz, and Dr. Richard Myers, president and scientific director of HudsonAlpha.