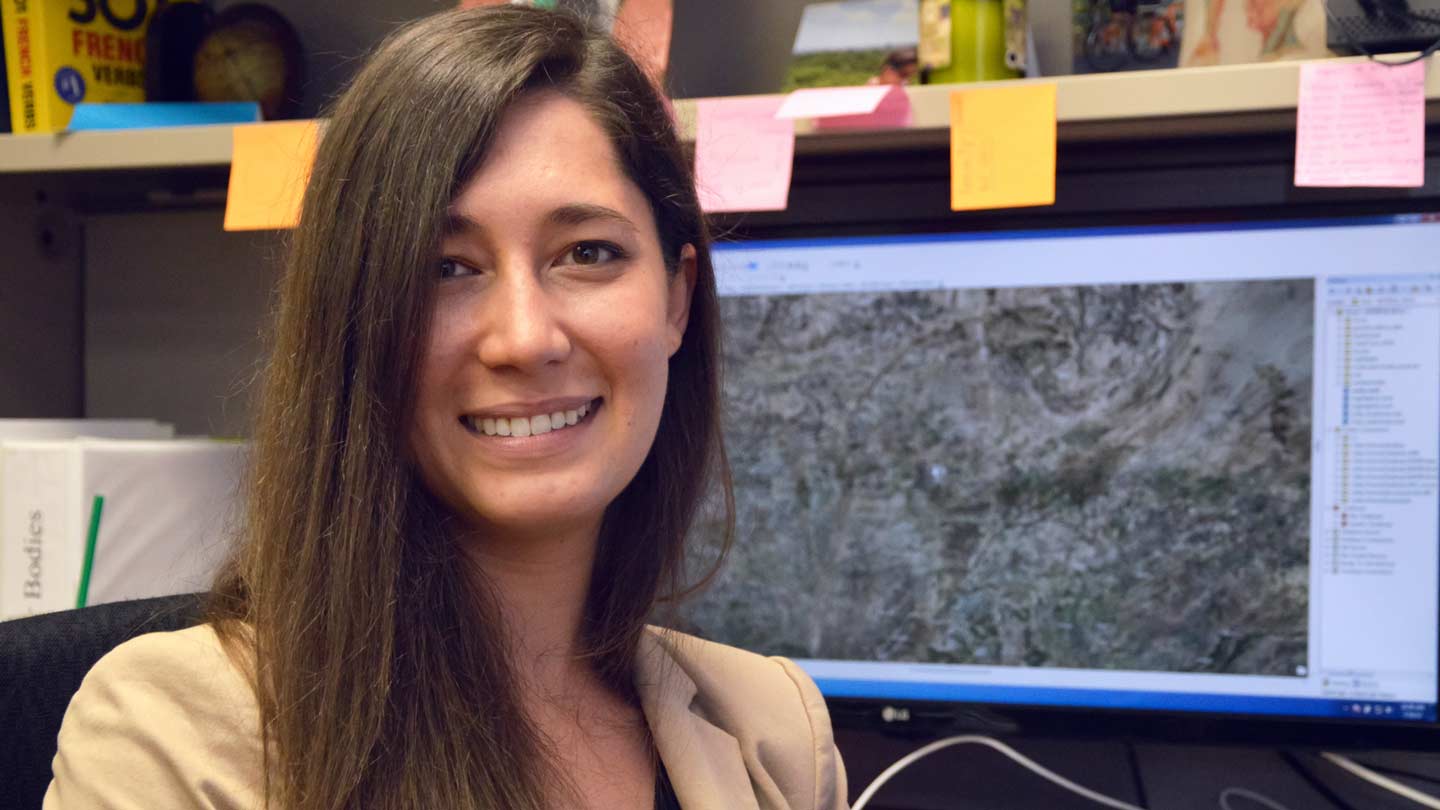 UAH graduate student Kelsey Herndon is working with NASA to study changes in the water supply in Niger, in West Africa.

For thousands of generations, Africans concerned about their water supply looked to passing clouds for relief. Now, thanks in part to NASA's SERVIR program and several students and researchers at The University of Alabama in Huntsville (UAH), many of Africa's leaders will increasingly be looking to the cloud when they have questions about water resources.

"In Accra, myself and three others from SERVIR taught a workshop on using Google Earth Engine for doing things like identifying surface water or burned areas, or determining vegetation health using satellite remote sensing," says Herndon, a Birmingham, Ala., native who is earning her master’s degree in Earth system science. "The great thing about Google Earth Engine is that you don't have to have a super-fast computer or internet connection, which tend to be limiting factors in developing countries. Instead, all the calculations are done on the cloud, on Google's computers, which is nice." 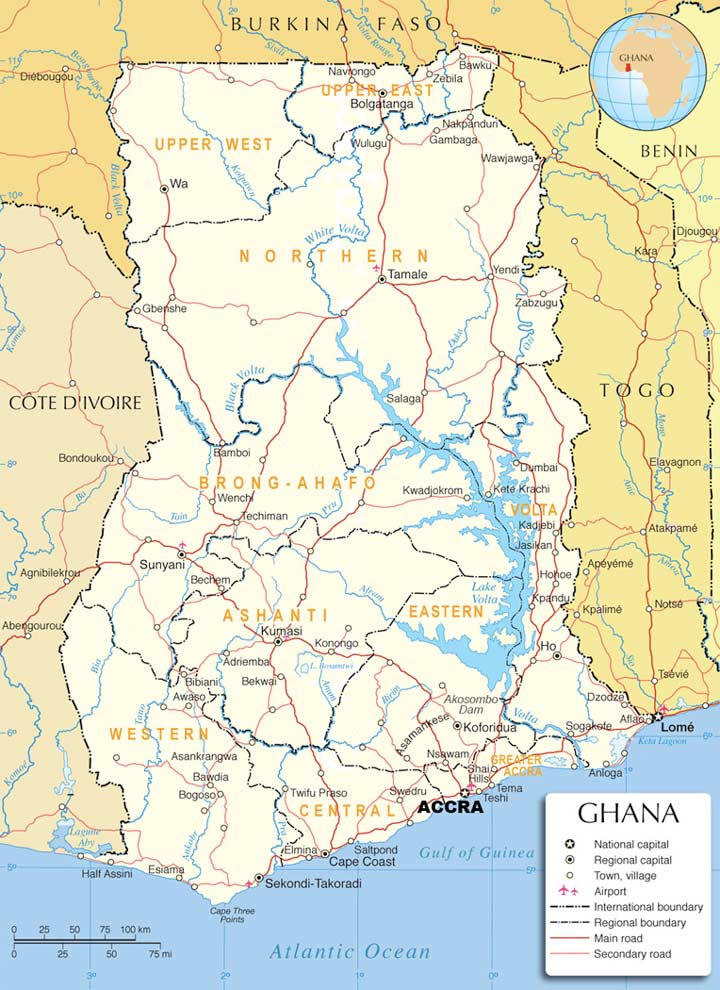 Dr. Robert Griffin, who is Herndon's thesis advisor, describes the technology as cutting edge. "I think we're going to see quite a lot of this type of work migrating to the cloud, where you can do ultra-fast processing without tying up your own desktop computer or laptop, potentially for days at a time," he says.

As a graduate research assistant affiliated with SERVIR, Herndon works with the SERVIR office in Niger, in West Africa. Her thesis research uses satellite sensors to map surface water in the sub-Saharan country, where average annual rainfall can vary from 23.5" in the south to less than half an inch a year along the southern flanks of the Sahara.

"I'm trying to understand how climate and land-use change will affect the availability of surface water, especially in the Sahel," she says, referring to a semi-arid region along the southern edge of the Sahara. "I'm particularly interested in ponds and lakes, and I'm focusing on the Tahoua region in Niger. There are a lot of pastoralists and smallholder farmers there who depend on surface water."

Herndon is looking at the environmental, economic, and political factors that influence water supply. "There is a lot of political play," she says. "Some of the areas we're looking at were previously rangeland for pastoralists, who lead a nomadic lifestyle and move into different areas as the seasons change. Now that land is being sold to farmers, so you have increased farming in areas where historically pastoralists were allowed to graze their herds."

In those areas being transformed from grassland to farm fields and others affected by desertification, she continues, "we're looking at temperature and precipitation, and at the intensity of episodes of precipitation and how that can affect the distribution of surface water." That’s an important issue in arid regions where water is a scarce resource. "You have increased competition for access to it," she says, "which can contribute to conflict between pastoralists and the smallholder farmers." 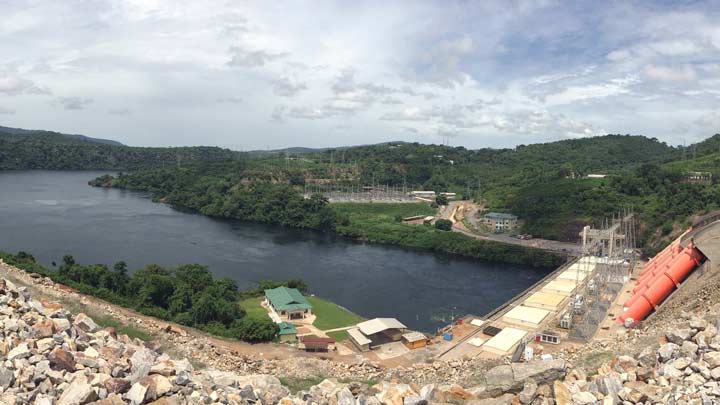 While in Ghana for a workshop and conference, Herndon also visited the Akosombo Dam across the Volta River.
NASA

Using LandSat images, plus precipitation data from NASA's Tropical Rainfall Measuring Mission and land surface temperature data from other satellite instruments, Herndon is developing algorithms to determine the extent and location of surface water, how it has changed over time, and how it might change in the future.

In addition to teaching at a workshop and attending a conference in Ghana, Herndon also other toured parts of the country, including the Akosombo Dam across the Volta River in southern Ghana.

"It supplies half of the country's electricity, but as the demand for electricity is increasing, there also is less water filling the reservoir," she says. "This is caused in part by a decrease in rainfall, especially in the northern parts of the watershed." At the same time, water that in the past would have flowed down the Volta is being held back thanks to an increase in the number of small reservoirs being constructed by farmers, especially in northern Ghana and southern Burkina Faso. "We're trying to help figure out the best ways to manage water in this region."