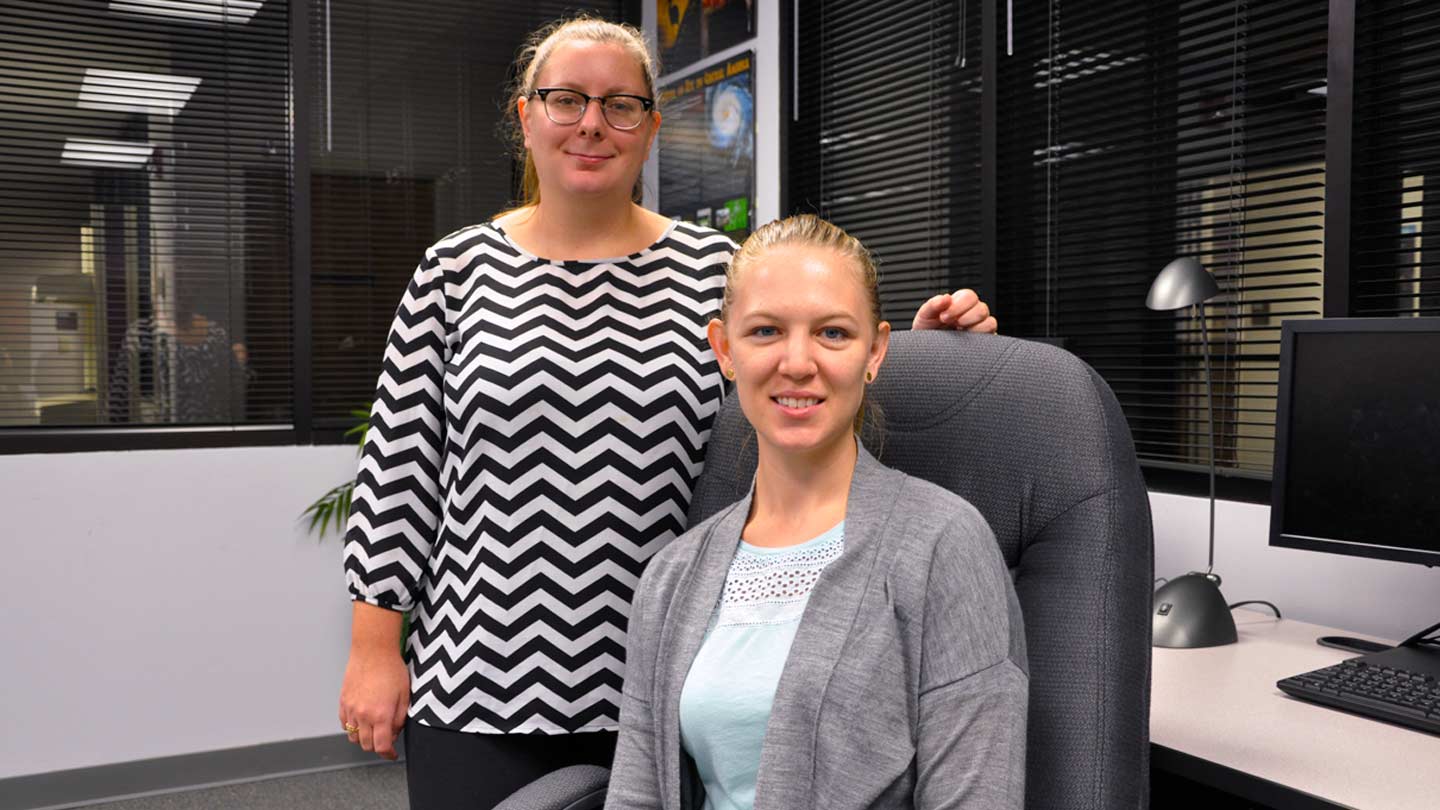 Two UAH students were on the top prize winning team in a virtual poster competition between participants in NASA's DEVELOP program this summer.

Earth system science major Daryl Ann Winstead and public affairs major Christina Fischer made up half of a team that used both Landsat and satellite spectroradiometer instruments to study the habitat of ocelots in the southern portions of Texas and Arizona.

Although it has a range that extends from South America into the U.S., the ocelot is listed as endangered, with fewer than 100 remaining in the United States. The DEVELOP team created a land cover map to identify suitable ocelot habitat, then added a proximity risk map of roads and urban areas where potentially deadly interactions with people are most likely.

A typical ocelot hunts across a home range of about 6.5 square kilometers (about 2.3 square miles).

The winning team - which was based at the NASA Marshall Space Flight Center's DEVELOP center at UAH and was advised by Dr. Rob Griffin, a faculty member in UAH's Earth system science program - also included Kaushik Narasimhan and Amberle Keith. The winning virtual poster was chosen from among 38 projects conducted by 175 participants across 15 DEVELOP locations.