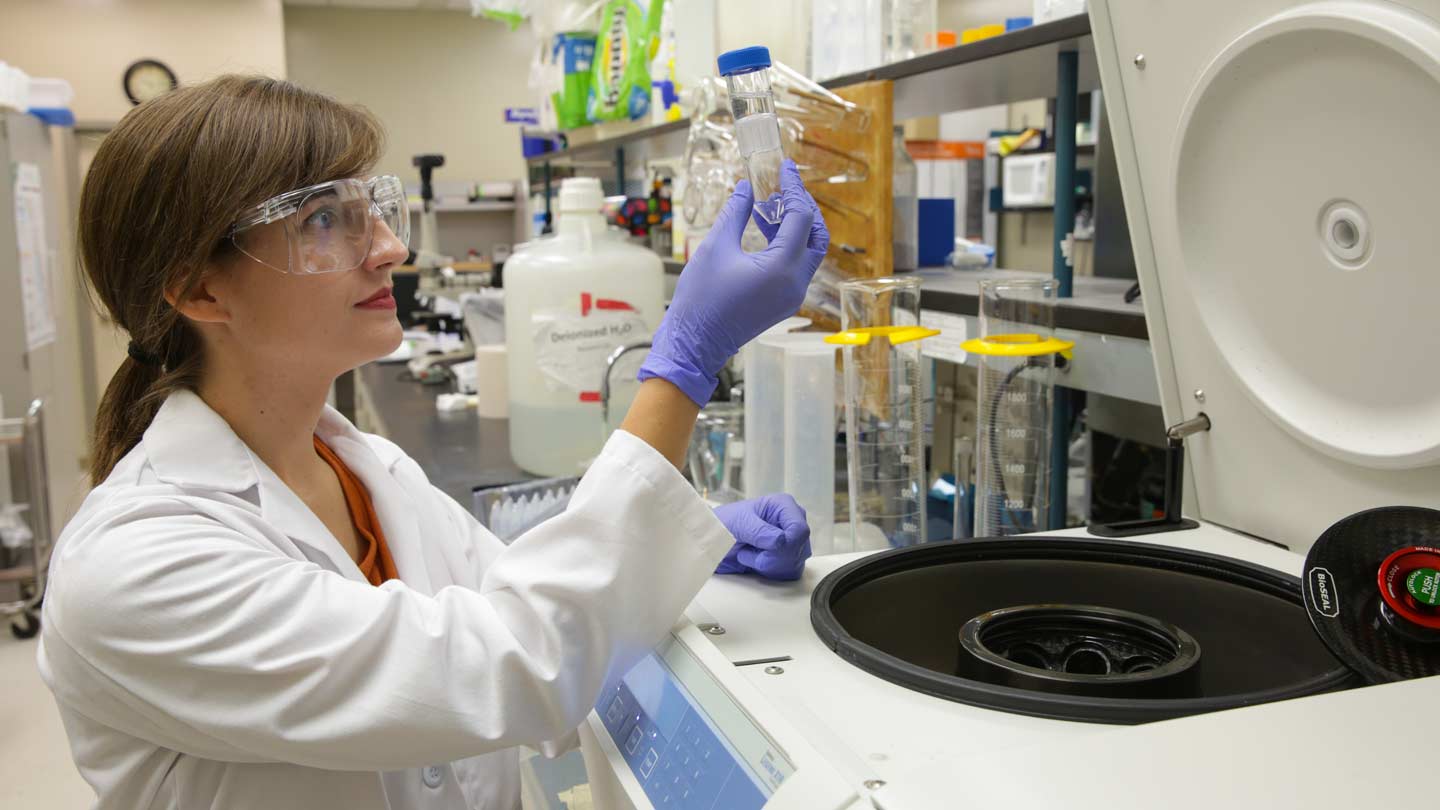 When a professor suggested Jessica Osier become a tutor at the Student Success Center, the senior chemistry major at The University of Alabama in Huntsville (UAH) jumped at the opportunity. "I've been in situations where I had no idea what's going on, so I wanted to be that person to help others," she says. Of course, Osier is rarely out of her element nowadays. Since winning the Department of Chemistry's highest academic achievement award her freshman year, she's been conducting high-level research on essential peptidyl-tRNA hydrolase enzymes in Dr. Robert McFeeters' lab.

UAH was an obvious choice for the Fayetteville, Tenn., native. Her brother, electrical engineering alumnus Jordan Osier, was already a student at the university, while its location and the financial aid package she received made it "a good fit," she says. Choosing a science major also made sense to her - "I'm not really that artsy!" laughs Osier - though she initially considered biology before an intro chemistry class her freshman year set her on a different path. "I don't know why I tried it, but I thrived in that first class and did well," she says.

Another successful chemistry class followed, and then another, before Osier was eventually hired on as an undergraduate research assistant in the McFeeters Lab. "It did not take long to figure out that Jessica is an outstanding student," says Dr. McFeeters, an associate professor in the Department of Chemistry who teaches courses in biochemistry, biophysics, and structural biology. "Her exceptional performance in the classroom, tenacious work ethic, and vibrant personality naturally translated to remarkable research."

Failures can be frustrating, but I can learn from them what might have gone wrong and what to do better. They test your patience but you persevere and eventually you get there.

The McFeeters Lab is primarily focused on antimicrobial development and understanding the macromolecular interactions underlying infectious agents. That includes a major project on essential peptidyl-tRNA hydrolase (Pth) enzymes, in particular bacterial Pth1 and the ability to inhibit peptidyl-tRNA cleavage as a novel antibiotic approach. "The big picture is to characterize these Pths so that new antibiotics can be produced for diseases where current antibiotics aren't as effective," says Osier.

In the past, that has included Pths for E. coli, Salmonella typhimurium, and Pseudomonas aeruginosa. But Osier's work, while still in the same clade of the phylogenetic tree, involves the bacteria Rickettsia rickettsii, the causative agent of Rocky Mountain spotted fever. "This bacterium is not similar to E. coli, which is commonly used as a host because it grows quickly, is less expensive, and is easier to work with," she says. In fact, it took Osier all of last summer as a participant in UAH's Research and Creative Experiences for Undergraduates program to learn how to clone, express, and purify the Pth1 enzyme from R. rickettsii (RrPth1).

"It was expected I'd figure it out then and I did," she says. "But my protein was not very soluble, so in the past, it would crash out in a week." Now her goal is to make it more stable in solution by using what's called a hanging-drop vapor-diffusion method, which will allow her to test various buffers conditions like Tris and sodium phosphate at different pHs and salt concentrations. "I check every three days and then every week to see if my protein has precipitated in the buffer, which is bad, or if it's still clear, which means it's soluble," she says. 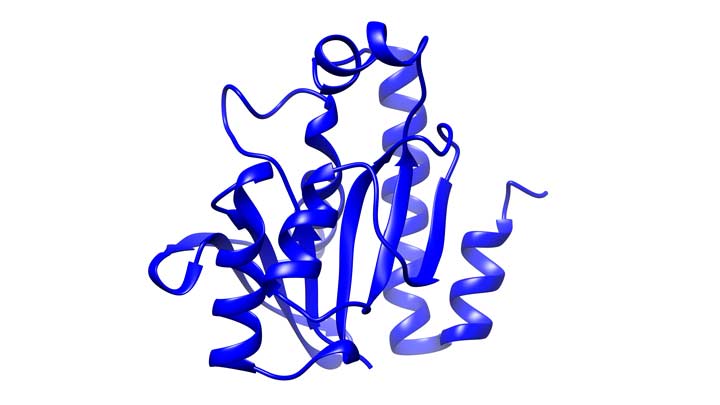 Once she achieves that milestone, she'll then be able to perform the tests needed to characterize the enzymatic activity of RrPth1. "My plan is to screen for nucleotide inhibition to see if a certain concentration inhibits it," she says. "Because if you inhibit its function, the bacterial cell dies." It's a time-consuming process to say the least, but that doesn't faze Osier. "Failures can be frustrating, but I can learn from them what might have gone wrong and what to do better," she says. "They test your patience but you persevere and eventually you get there."

She's also got her eye on the long game - the contributions that she and the McFeeters Lab can make to the greater good. After all, Osier's interest in helping others extends far beyond just helping her fellow chemistry majors succeed in the classroom. "Hopefully the work I have been doing and will do before I graduate might aid in another journal article for the lab," she says, adding that her ultimate goal is become a professional researcher. "I'd like to go into research and development in the pharmaceutical industry, one that researches cures or treatments for certain diseases."

Certainly Dr. McFeeters believes she will get there. "As part of our group she has tremendously advanced antimicrobial development against peptidyl-tRNA hydrolases, including production of the enzyme from a new pathogen and uncovering an unexpected cellular mechanism of inhibition," he says. "Over the last few years she has exceeded expectations, and I have no doubt that her success will continue throughout her career."