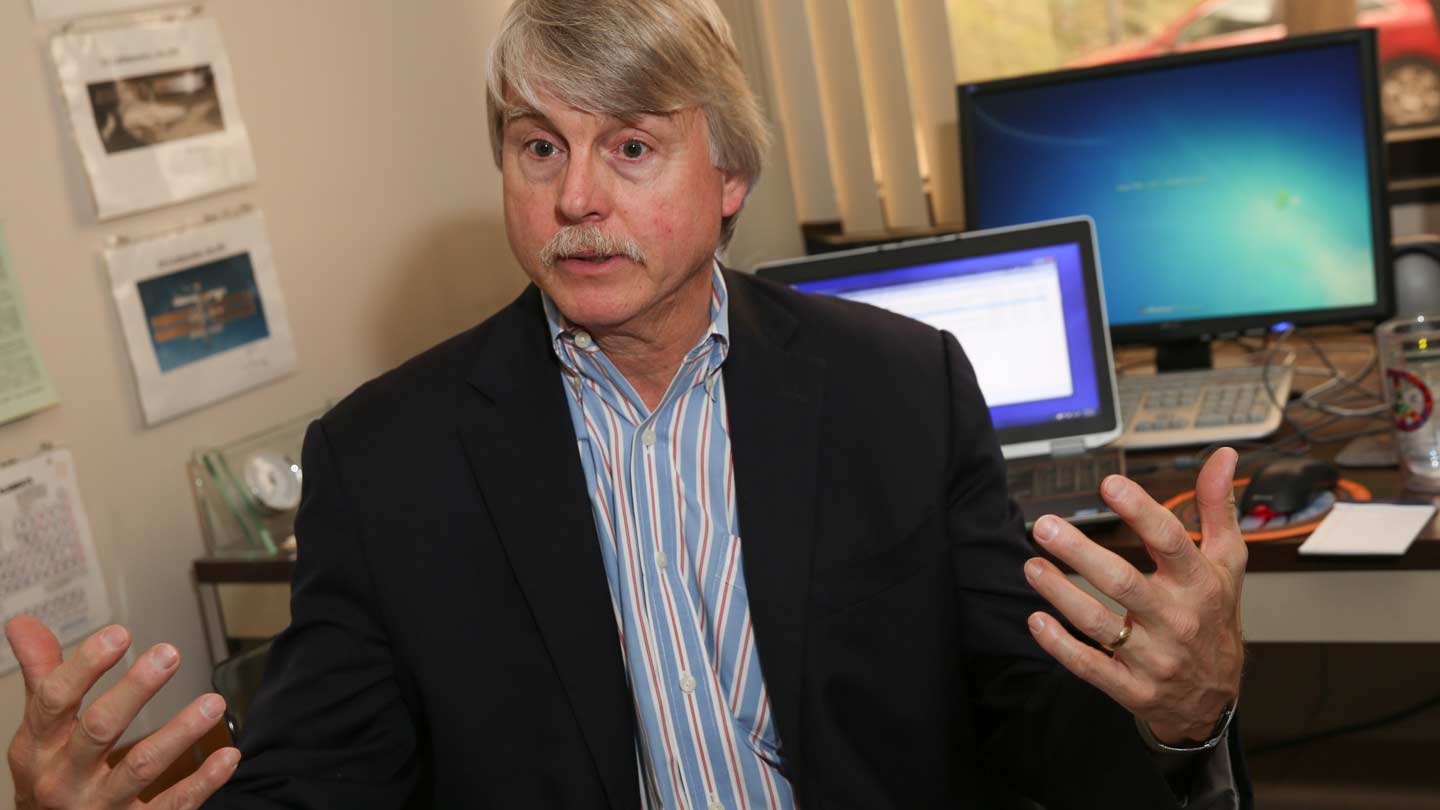 Scientists at The University of Alabama in Huntsville (UAH) are set to use computer models to investigate the results of experimental testing at NASA'S Marshall Space Flight Center in Huntsville to develop an engineering tool to design missions using a new type of long-distance space propulsion.

The Heliopause Electrostatic Rapid Transit System Electric Sail (HERTS E-Sail) is entering basic research testing at Marshall. The propulsion system, which uses no propellant, would harness the solar wind to travel into interstellar space. It could send spacecraft to the edge of our solar system, the heliopause, faster than ever before.

Some of the missions contemplated are very long-distance voyages, says Dr. Gary Zank, director of UAH's Center for Space Plasma and Aeronomic Research (CSPAR) and chair of the university's Department of Space Science, who points out that the distance to the heliopause and interstellar medium is three times the distance from Earth to Pluto. Scientists hope the new propulsion system can halve the time it takes for missions to enter interstellar space. 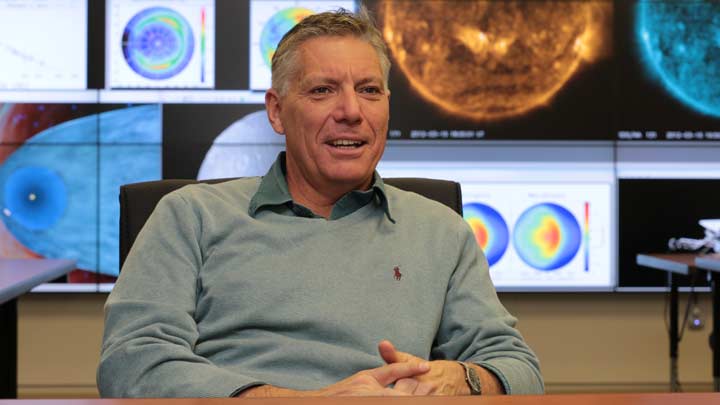 "The interstellar medium is currently the region that the Voyager spacecraft are exploring. This could be a breakthrough propulsion technology for these kinds of very ambitious missions," says Dr. Zank, who in an earlier phase of the project helped design a spacecraft payload for an extended HERTS mission.

The HERTS E-Sail propulsion system has exposed wires or tethers extending from the spacecraft through which an electrical current is passed, Dr. Zank says.

"This generates a magnetic field that couples to the solar wind and leads to charged particles in the solar wind exerting a force on the spacecraft system," he says.

The sun releases protons and electrons into the solar wind at very high speeds.

Currently, Dr. Zank and UAH post-doctoral student Xiaocan Li are developing a theoretical model using sophisticated kinetic simulations to investigate the results of the NASA experiment and the extension of that laboratory simulation to conditions appropriate to the solar wind.

"The simulations will use one of the most advanced kinetic codes yet developed," says Dr. Zank. "It was developed at the Los Alamos National Laboratory, where Xiaocan Li did much of his doctoral thesis work."

Computer modeling at UAH will be a three-step process, according to UAH research scientist Dr. Kenneth Wright, who is leading the testing at Marshall's High Intensity Solar Environment Test system, a chamber that will simulate the plasma environment of space. Dr. Wright is funded through a sub-contract with the Jacobs Engineering and Science Services and Skills Augmentation (ESSSA) Group at Marshall.

The first phase will model the data from the chamber experiment. A second phase will use the model with actual plasma properties present in the solar wind. Then a third phase will transform the model into an engineering tool.

"We want to parameterize it enough to get a realistic, simple tool that we can use in mission design," Dr. Wright says.

"The space plasma physics interaction with many multiple kilometer length bare, positively charged wires is very complex and has not been adequately modeled," says Bruce M. Wiegmann, the Marshall principal investigator for the HERTS study. "This E-Sail engineering model development is one of the key products for Phase II of this study. The engineering model being developed at UAH relies heavily upon the data being collected from testing at one of Marshall's plasma chambers, and this experimental test data will be used to adequately benchmark the codes being developed."

During the tests, which are expected to be conducted for two or three months, scientists and engineers from UAH and Marshall will examine the proton and electron interaction with a positively charged 1-millimeter stainless steel tube that will represent a wire of the E-Sail.

"I'm working at Marshall to do the testing with Jason Vaughn and Todd Schneider of the Space Environments and Effects team," says Dr. Wright.

Optimizing spacecraft mass means that the flight system will probably utilize aluminum wires, Dr. Wright says. However, the laboratory experiment will use stainless steel since the mass of the test object is not a primary concern.

The experiments focus on measuring what is happening within a "sheath" created when the positively charged wire interacts with negative electrons and deflected protons. The interactions inside the sheath are what create the propulsive force, as the repelled protons prompt an opposite reaction to push a spacecraft away from the sun and toward the heliopause.

The electron interaction information will be used to develop specifications for an electron emitter that must be part of the spacecraft in order to return the collected electrons by the positive wires to space.

"When NASA HQ reviewed the various Phase II submissions, and selected the HERTS proposal for further investments, they clearly stated that a merit of the study was in the development of a spacecraft engineering model, which would quantify how much thrust could be produced in varying E-Sail systems," Wiegmann says.