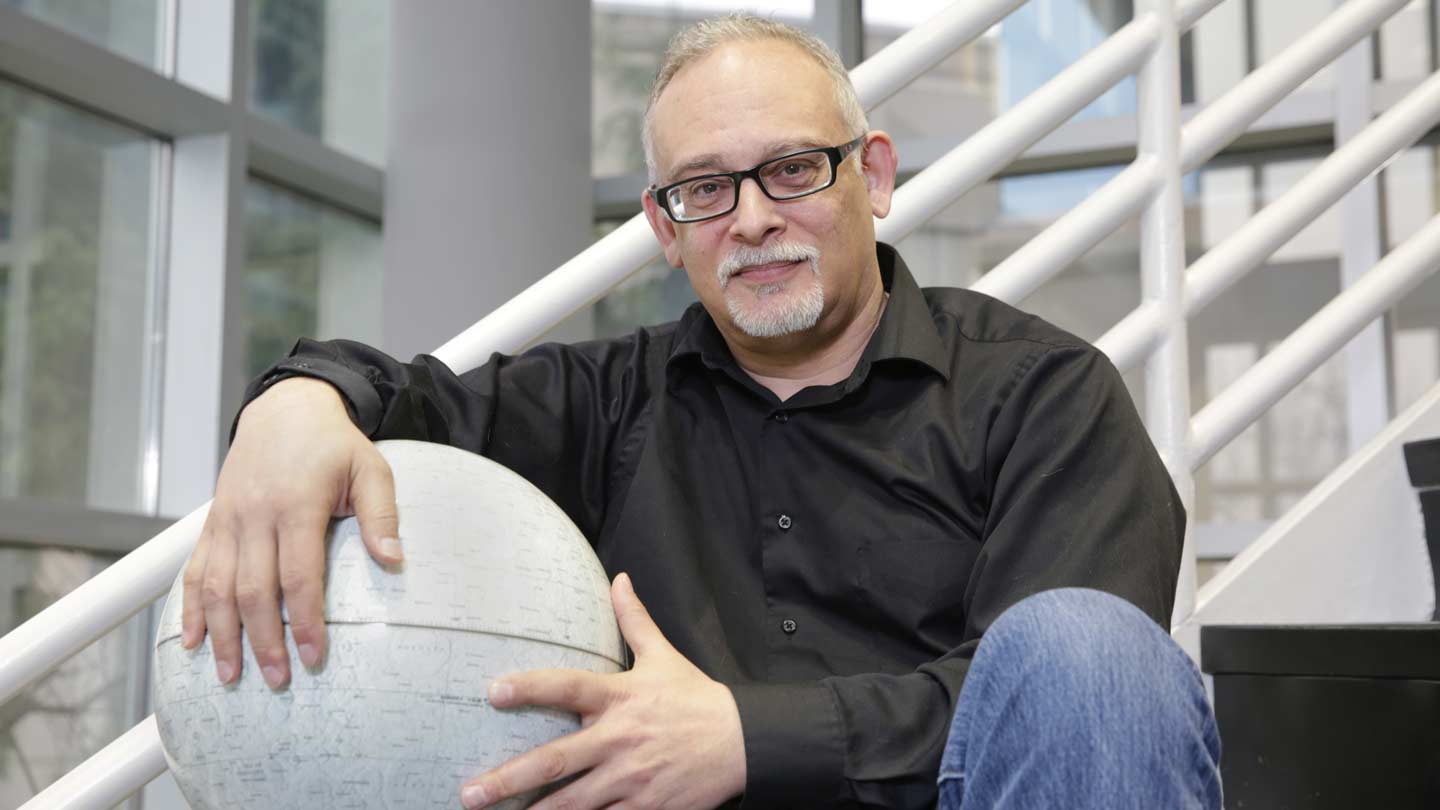 Next-generation astrophysics research using the moon as home base and The University of Alabama in Huntsville (UAH) as its world-class data center are the goals of a multiyear, $237 million NASA satellite mission proposed by a UAH astrophysicist’s collaborative group.

Dr. Richard S. Miller is advancing the proposal for UAH, which is the lead institution. Nine other institutions nationally are collaborating on the Lunar Occultation Explorer (LOX) astrophysics mission, which employs a unique new technique to study supernovae and to establish the moon as a platform for astrophysics.

The proposal was submitted to NASA’s Medium-class Explorer (MIDEX) program in December. A decision could come within the next six months.

“If accepted, LOX will be the first dedicated astrophysics mission to the moon,” Dr. Miller says. “If the mission is accepted, the science operations center would be located here at UAH.”

UAH would be the hub for mission science and data analysis, Dr. Miller says, which would make the university a “site for global astrophysics researchers and our collaborators.”

An artist’s rendering of the LOX satellite orbiting the moon.

After its estimated 2023 launch, the LOX mission would place a satellite bristling with an array of 45 to 100 gamma-ray sensors in lunar orbit to study thermonuclear, or Type IA, supernovae.

“Supernovae are the beacons of the cosmos,” Dr. Miller says. “They can tell us the shape and expansion history of the cosmos, have a deep impact on the chemical evolution of galaxies and are intriguing stellar laboratories.”

The structure, composition and diversity of supernovae are regarded in the scientific community as fundamental astrophysics questions. To study them, the LOX mission would rely on the Lunar Occultation Technique (LOT), the development and testing of which was led by Dr. Miller at UAH.

LOT utilizes the occultation, or eclipses, of a cosmic source by the moon to take gamma ray “snapshots” of the universe beyond. It works best around airless planetary bodies like the moon.

“We will study supernovae by detecting and using their nuclear emissions,” says Dr. Miller. “If accepted, LOX will be the first nuclear gamma-ray astrophysics mission in almost 20 years.”

In 2016, Dr. Miller’s group used data archived from the 1998-99 NASA Lunar Prospector mission with the LOT analysis to find the first high-energy astrophysical source ever detected from the moon, a well-known galactic x-ray source named Cygnus X-1 that is thought to include a black hole. That detection was part of proof-of-principle work for the technique.

“That gave us the confidence that we could move forward and propose a full-scale mission,” he says, adding that the Lunar Prospector had a very small detector designed for studying the moon. The sole instrument on the LOX satellite will be significantly larger, exceeding 4,000 square centimeters in area, to provide much greater sensitivity for surveying the cosmos.

The goals of the mission are to provide a systematic survey of supernovae, to classify them, to examine the characteristics of their diversity and to understand their explosion processes.

“Of particular interest to me, the Lunar Occultation Technique is a brand-new avenue to doing high-energy astrophysics,” Dr. Miller says.

The proposal’s $237 million price tag covers design and construction of the satellite and instrument, as well as mission operating costs for a minimum of three years. Dr. Miller says it’s a relative bargain compared to more complex traditional techniques designed to address the same science, which may require development of brand-new technologies.