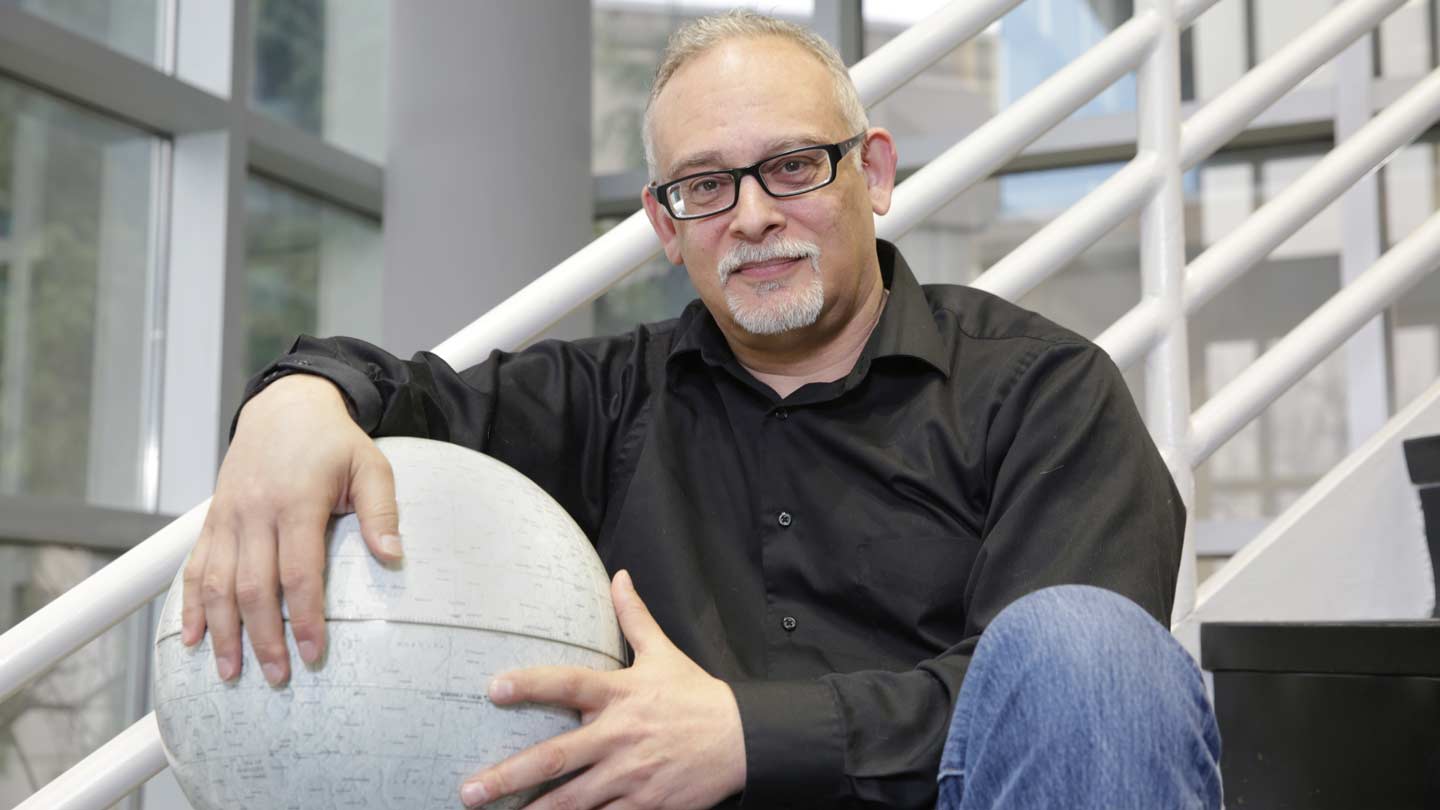 Dr. Richard Miller says the new technique is expected to be a relative bargain compared to traditional techniques designed to address the same science.

A University of Alabama in Huntsville (UAH) professor and astrophysicist has detected the first high-energy astrophysical source from the moon.

The detection was part of a proof-of-principle effort to verify a new paradigm: using an instrument in lunar orbit and the unique characteristics of the moon for nuclear astrophysics observations. The relative simplicity of this approach can give scientists an effective way to study the universe that is less expensive than other techniques without sacrificing performance, says UAH’s Dr. Richard S. Miller, who led its development and testing.

The technique is useful for detecting and characterizing objects in the universe whose properties change in time, Dr. Miller says. “This type of ‘time domain’ astrophysics is a new and evolving discipline in which variability gives insights into the nature of cosmic processes, helping us probe supernovae, explore black holes and the life cycle of matter and energy in the galaxy and beyond.”

The Lunar Occultation Technique utilizes the occultation, or eclipses, of a cosmic source by the moon to take gamma ray “snapshots” of the universe beyond.

The challenge of those big technology driven, traditional approaches is what got me thinking, ‘How can we do the same science in a more cost-effective way?’

“The pattern of eclipses is unique for every sky location since it depends only on the relative orientation of the moon, spacecraft, and the position in the sky of interest,” says Dr. Miller. “The technique gives optimal performance around airless planetary bodies, which is why we’ve gone to the moon. In addition, we have developed a new data analysis toolbox that allows the occultation data to be rapidly studied to identify the specific cosmic sources and characterize their radiation output.”

Validation of the technique was an important step supporting the Lunar Occultation Explorer (LOX), a dedicated mission concept being developed for future consideration as part of NASA’s Medium-class Explorer (MIDEX) program. Missions in this program have a maximum price tag of $250 million, and Dr. Miller says LOX is expected to be a relative bargain compared to traditional techniques designed to address the same science, which he says are complex and may require development of technologies that do not currently exist.

“The challenge of those big technology driven, traditional approaches is what got me thinking, ‘How can we do the same science in a more cost-effective way?’” says Dr. Miller. “While the instrument that will orbit the moon will be fairly large, it will be not be nearly as complex as other large telescopes that seek to probe this part of the electromagnetic spectrum. LOX is analogous to a large planetary spacecraft, and we have extensive experience operating similar smaller instruments at the moon and elsewhere.”

Dr. Miller joined with co-author Dr. David Lawrence of the Johns Hopkins University Applied Physics Laboratory to prove the technique by repurposing data from the NASA Lunar Prospector’s Gamma Ray Spectrometer (LP-GRS), which orbited the moon for a year and a half back in 1998 and 1999. Dr. Lawrence has led many lunar science analyses using LP-GRS data.

“Encoded in these data is the pattern of occultations generated by the moon,” Dr. Miller says. “Using the pattern of eclipses, we can determine whether a gamma ray source exists at any location in the sky.” 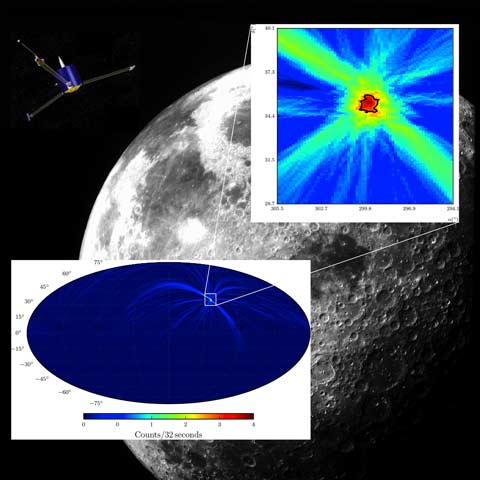 Lunar occultation sky maps of Cygnus X-1 obtained using the Lunar Prospector Gamma-Ray Spectrometer. The features correspond to the location of the Moon’s horizon, projected onto the celestial sphere (equatorial coordinates), during intervals when Cygnus X-1 rose and set relative to the spacecraft. Also shown is an illustration of the Lunar Prospector spacecraft.
Richard S. Miller | UAH

The original purpose of the Lunar Prospector was to study the elemental composition of the lunar surface, but the scientists instead used the data it collected to look skyward. Doing so, they identified the first astrophysical source ever detected from the moon, Cygnus X-1, a well-known galactic x-ray source thought to include a black hole.

“We didn’t discover Cygnus X-1, but rather, we used it as a validation – a test,” Dr. Miller says. “Could we see the source? Using this technique, we absolutely did.”

The research, which was accepted in just five days for publication in “Astrophysical Journal Letters,” succeeded in detecting the source, localizing it in the sky, and monitoring it over a six-month period.

“Those are three of the key elements of doing time domain astronomy,” Dr. Miller says. “Understanding the variation in time is critical to understanding the nature of the sources.”

The work continues several years of lunar science research Dr. Miller has conducted with the goal of developing the moon for use in astrophysics.

“A key benefit of the moon in astrophysics is that it has no atmosphere or magnetosphere,” which can impact data quality, says Dr. Miller. “It also has a relatively stable and well-understood radiation background. I believe this gives us a real opportunity to think out of the box with this new approach. It supports important astrophysics goals, overcomes technical and cost challenges of other techniques and ultimately helps further establish the moon as a platform for science.”