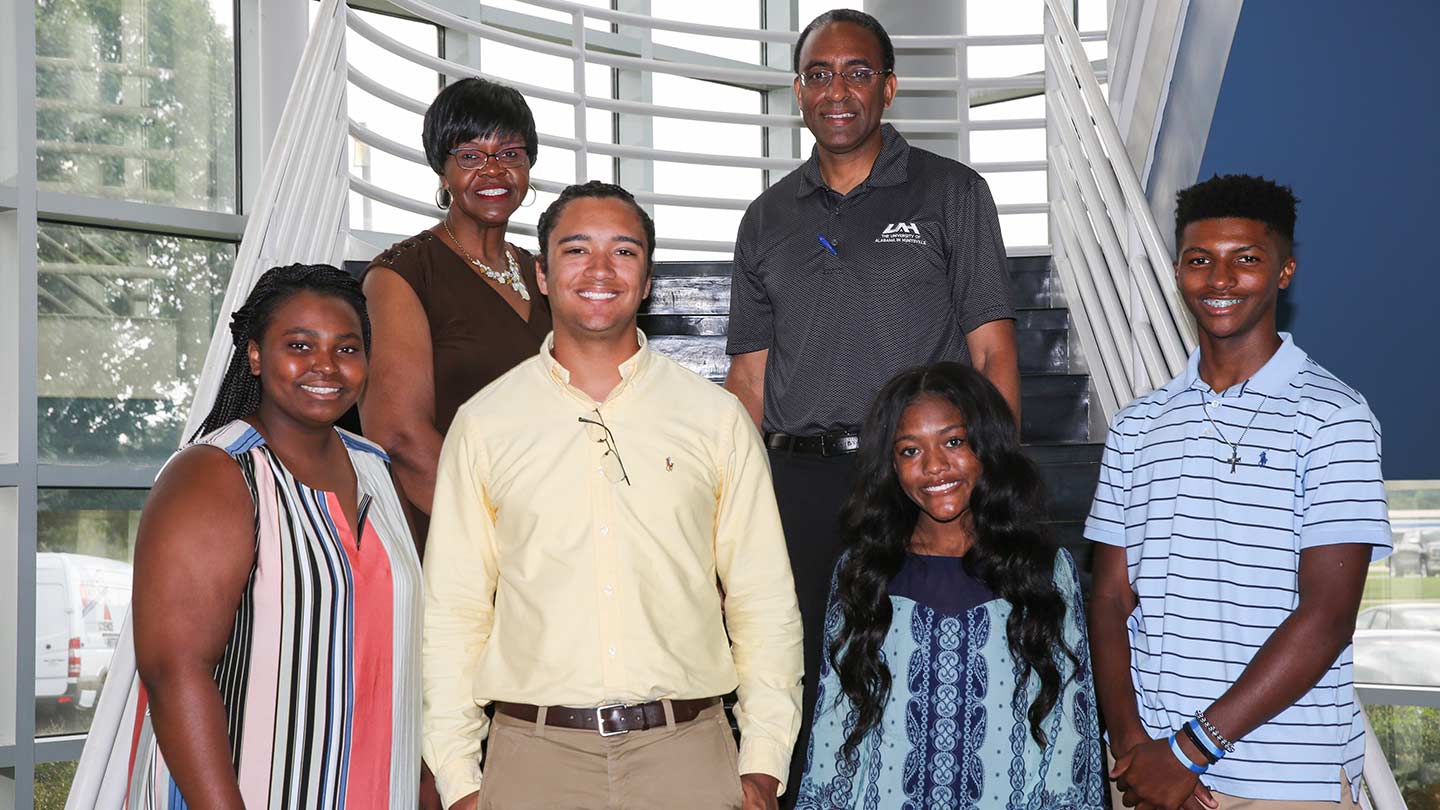 The University of Alabama in Huntsville (UAH) joined the Alabama LSAMP in 1992, under the leadership of the late Dr. Adriel D. Johnson Sr., former associate professor of biological sciences at UAH. He encouraged students to pursue not only undergraduate but also graduate degrees in STEM – something that Dr. Emanuel Waddell, associate dean of the College of Science, has continued to do since taking over in 2010. Since that time, he has strategically leveraged both funding and campus partnerships to support LSAMP activities. But there’s no question in Dr. Waddell’s mind about the program’s most important element: mentoring. 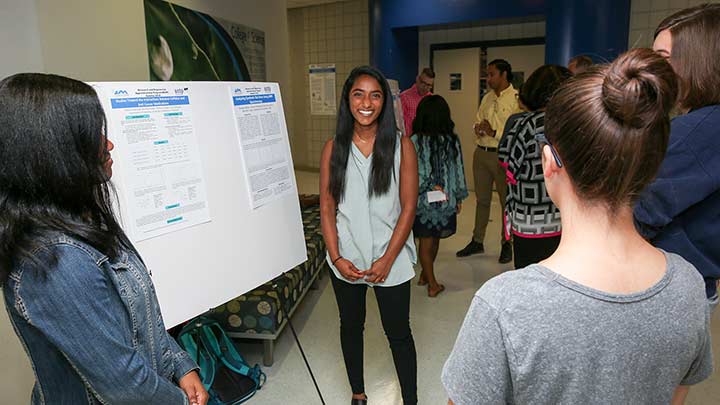 “The most important part is the mentoring component, the guidance component, in terms of encouraging LSAMP students to do undergraduate research, encouraging them to participate in intern opportunities and research opportunities off campus in the summer, encouraging them to pursue graduate study, and encouraging them – ideally – to become members of the professoriate,” he says. That mentoring starts before LSAMP students even begin their first semester at UAH. During a two-week summer bridge program, accepted first-time, full-time freshmen get an advanced introduction to campus life, while also working on math skills and assigned reading from Dr. Waddell. The mentoring continues during the academic year with monthly meetings in which Dr. Waddell and the students discuss everything from study skills and scientific presentations to career goals and financial planning.

Yet another essential form of mentoring involves the Adriel D. Johnson Sr. Fellows, students from the Minority Graduate Student Association who serve as mentors for LSAMP students. In conjunction with a dedicated budget line, Dr. Waddell has implemented a cost-sharing approach that enables graduate students to receive financial support from their respective departments as graduate teaching or research assistants. By identifying underrepresented students to serve in these roles, individual departments can help ensure a commitment to minority graduate student diversity on campus. “You have to have some skin in the game, because if you’re investing money in that student, then you believe that student is going to succeed,” he says. “And you’re invested to make sure that student succeeds because you’re using some of your money to make it happen.”

LSAMP scholars – high-performing students whom Dr. Waddell often recruits at the recommendation of previous scholars – receive financial support ranging from $250 to $2,000 toward tuition costs. And while he admits those numbers aren’t as high as other LSAMP programs in the country, the UAH philosophy is to take on as many qualified students as possible to help increase the odds of adding to that professoriate pool. “The payoff,” he says, “is often on the backend.” Through another NSF-funded program, Bridge to the Doctorate, eligible LSAMP scholars can receive two years of funding to pursue a master’s degree in STEM. The funding package includes a tuition waiver, health insurance, and an annual stipend of up to $32,000. 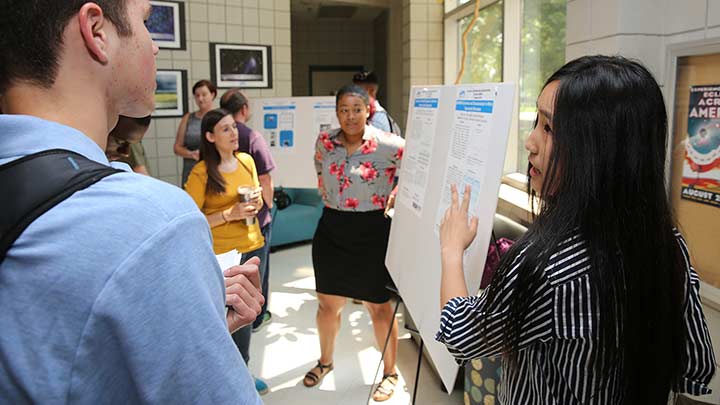 Research opportunities are also an integral part of LSAMP, which Dr. Waddell ensures through cross-collaboration with other campus programs. For example, he requires that LSAMP students apply for UAH’s Research or Creative Experience for Undergraduates (RCEU) summer program and pays for any accepted LSAMP students to participate. “I work with RCEU to increase the diversity of that program and that allows them to leverage their dollars to attract more students who don’t fit into those racial categories,” he says. “It’s a win-win for everybody, because the literature states that, once students start doing research, they’re more likely to remain on your campus. It also increases the chance that they’ll pursue a graduate degree, and if they pursue a graduate degree, maybe there’s a chance they can come back down the road as a faculty member."

When asked about the future of LSAMP, Dr. Waddell says he is focused on two things: growth, in terms of both numbers and diversity reflecting national demographic trends, and institutionalization. He’s already on track with the former, partnering with the summer Research and Engineering Apprenticeship Program, which is sponsored by the Army Engineering Outreach Program to support high school students who’ve expressed an interest in STEM. As for the latter, Dr. Waddell has several items on his wish list, from increasing industry investment to streamlining and formalizing the application process for LSAMP’s various partnerships.

“Quite a few of these students end up working in Research Park across the street,” he says, “so it’s an accessible task, something industry could get involved in.” His vision also includes an institutionalized mentoring program. Currently, he and Rosemary Robinson, coordinator for diversity initiatives in UAH’s Office of Diversity, Equity, and Inclusion, handle the bulk of the mentoring. But he would eventually like to see a full-time, committed staff member or even faculty members from other departments take part in guiding LSAMP students. “People of color, women, people with disabilities, people who identify with that group – everyone has a vested interest in seeing someone who doesn’t look like them become successful,” he says.