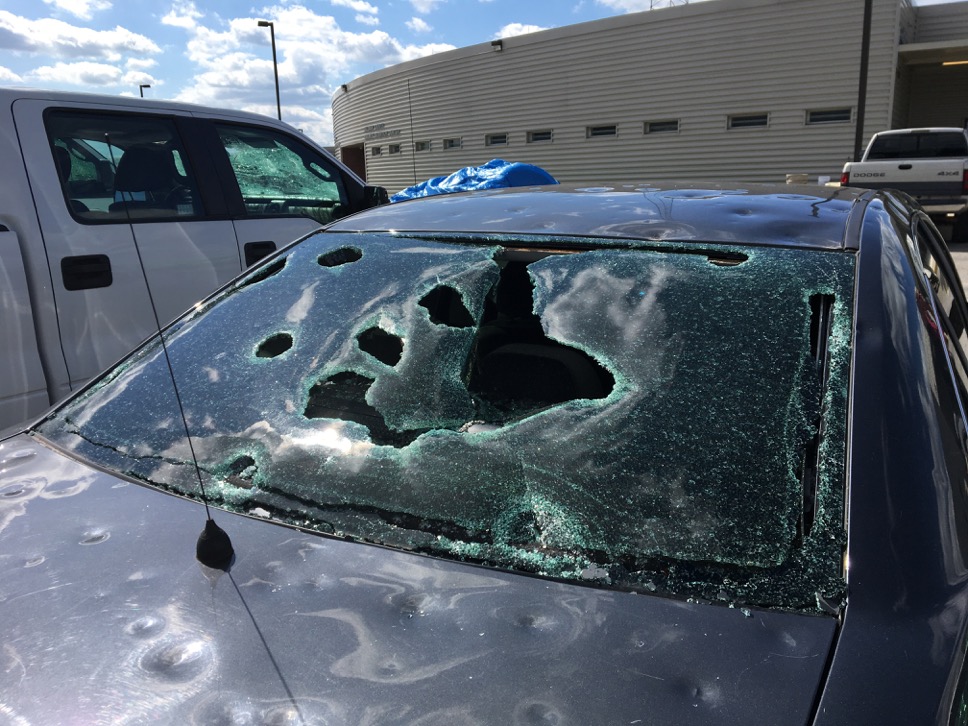 Hail that fell in Cullman on March 19, 2018, did widespread damage to vehicles and their windows.

A large hailstone that fell in Cullman County on March 19 is now officially the largest recorded hailstone to fall in Alabama.

An ad hoc committee that included the Alabama state climatologist and officials from both the National Weather Service and the National Centers for Environmental Information reviewed data about the hailstone and unanimously agreed it will set the initial state hailstone record for Alabama in four parameters: diameter, weight, volume and circumference.

"Based on federal guidelines and with the coordination of federal and state officials, we established this as the first Alabama hailstone record," said Dr. John Christy, Alabama's state climatologist and director of the Earth System Science Center at The University of Alabama in Huntsville.

The record-setting hailstone in Walter (about 10 miles southeast of Cullman) had a maximum diameter of 5.38 inches along its longest axis. It weighed 9.8 ounces (almost 5/8 of a pound) and had a total volume of 19.8 cubic inches. According to the Insurance Institute for Business and Home Safety (IIBHS) in Tampa, a baseball has a volume of about 13.4 cubic inches, while a 12-ounce soft drink can has a volume of 25 cubic inches.

The hailstone fell in the front yard of Cullman Tribune writer Craig Mann, who notified the National Weather Service office in Huntsville. Staff meteorologists from the IIBHS scanned and measured five hailstones Mann collected (including the record setter) as part of its research on hail. The other four hailstones ranged in size from 4.55 to 3.61 inches in diameter.

"Was this the largest hailstone that fell that day or from this event?" asked Victor Murphy, climate and co-op services program manager at the National Weather Service’s southern regional headquarters in Fort Worth, TX. "We don’t know, but it is the largest one that was kept and recorded."

"It gives us a baseline in terms of a maximum hailstone that’s been measured in the state," said Chris Darden, meteorologist in charge of the National Weather Service office in Huntsville. "This is also the first hailstone measured for volume in the U.S., and that’s a pretty neat thing. It sets a standard for other records in other states going forward."

"To see that kind of measurement being done, that was cool," said Deke Arndt, chief of the Climate Monitoring Section at the National Centers for Environmental Information in Asheville, N.C. "That technology eliminates a lot of the things that can go wrong when you’re using a measuring tape."

The east southeastern edge of Cullman continuing to Walter was "kind of the ground zero for this hail storm, where the damage was the worst," Darden said. Several heating and air conditioning units on the roof of the Cullman County Sheriff’s Department and jail were destroyed by hail. Several cars parked outside were damaged or destroyed.

"The jail has an industrial type freezer it uses to store food for the inmates," Darden said. "It had hailstones go through its roof and into the freezer. There were several houses that had hail go completely through their roofs, including some with metal roofs. There was one building with a metal roof not far from the jail, and it looks like someone took a jackhammer to it. It’s a total loss."

Based on surveys after the storm, Darden said the heavy damage was caused not only by the size of the hailstones but also by the number of them.

"That’s probably what did the most damage, was just the sheer number of hailstones," he said.

Knowing a hailstone that fell March 19 in Walter was the largest to fall in Alabama — and one of the three largest ever documented east of the Mississippi River — is only half of the story.

The other half is learning how the record-setting hailstone compares to others that fell on Alabama in the past. The Cullman County hailstone is the biggest, but how much bigger than other hailstones? Where did those other hailstones fall and what can we learn from those storms to improve predictions of hail, which causes billions of dollars in damage each year?

To document the record and learn how it compares to hailstones from the past, the Alabama Office of the State Climatologist is establishing a state hailstone record.

"We are investigating earlier reports of large hailstones, but these reports are for information only and won’t be part of the official record," Christy said.

With a record-setting hailstone in hand, researchers would like more information about large hailstones that fell in the past and those that fall in the future.

"For past storms, send documentation by email that must include a photo of the hailstone beside a ruler or tape measure for evidence of the size," Christy said. "Please include contact information, the date of the event, the exact location and the time of day the hailstone fell.

"We have several historic accounts of four-and-a-half inch hailstones falling in Alabama. But we don’t need stories. We need evidence. Then we can compile a list of unofficial reports as background."

"You always have to remember that after an event like this, someone is suffering," Arndt said. "But one of the things that is unique about hailstones is that anyone can pick up a hailstone and put it in the freezer. It’s very democratic. Anybody can do that."

For hailstones that fall in the future, "please immediately put the hail in a zip lock bag and put it in the freezer," Christy said. "Unless it is bagged, hail sublimates (evaporates) directly from ice to water vapor even if it is stored below freezing."

Information about past and future hailstones can be emailed to: weather_record@nsstc.uah.edu

If the report of a new record hailstone is deemed to be reliable, officials at either the state climatologist’s office or one of the state National Weather Service offices will begin the process of reviewing the data and making a decision about the possible new record.

The State Climate Extremes Committee — which reviewed the record-setting hailstone — was composed of: 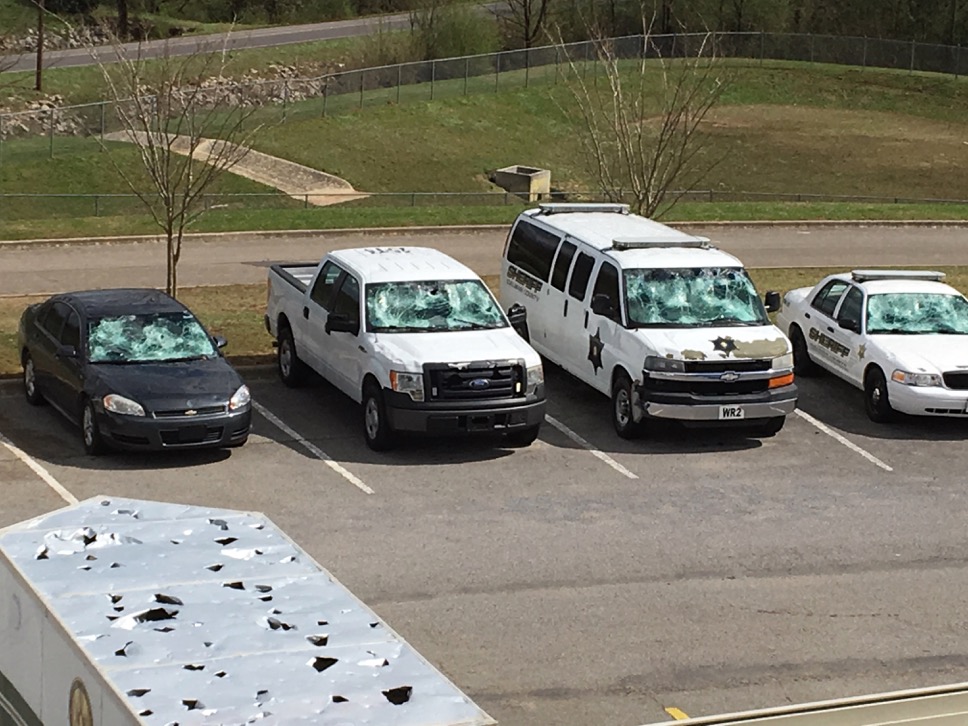 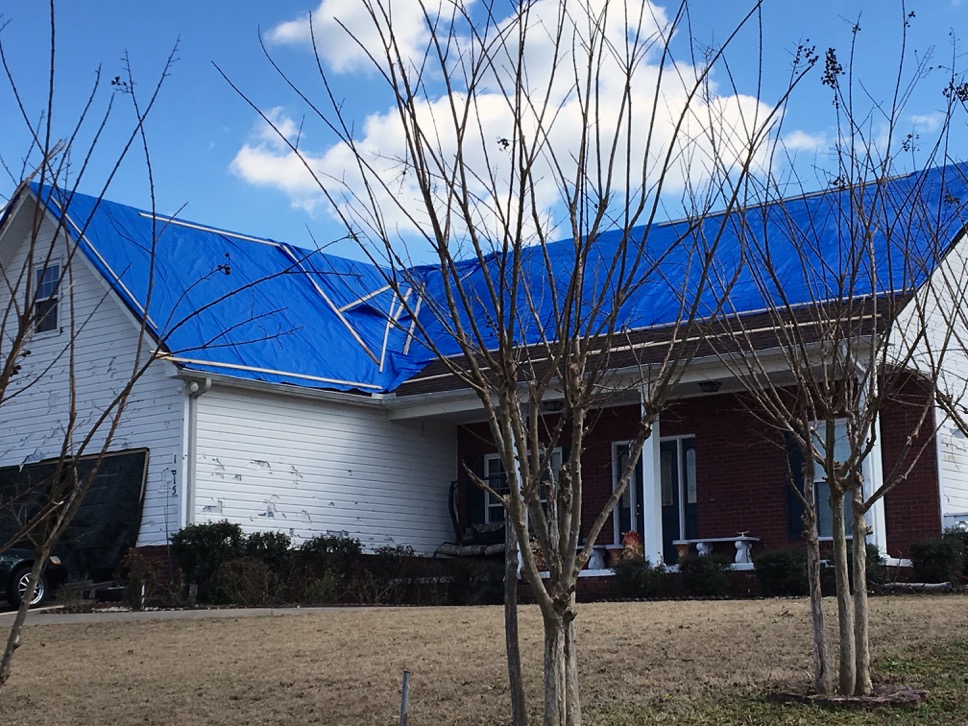 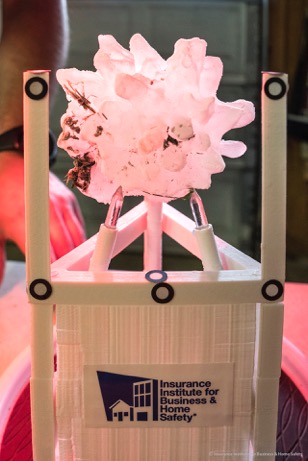 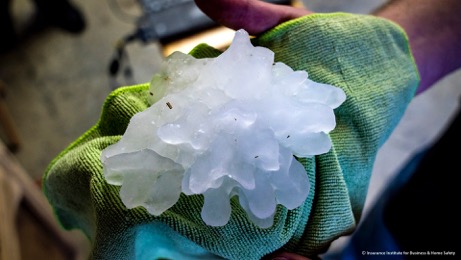