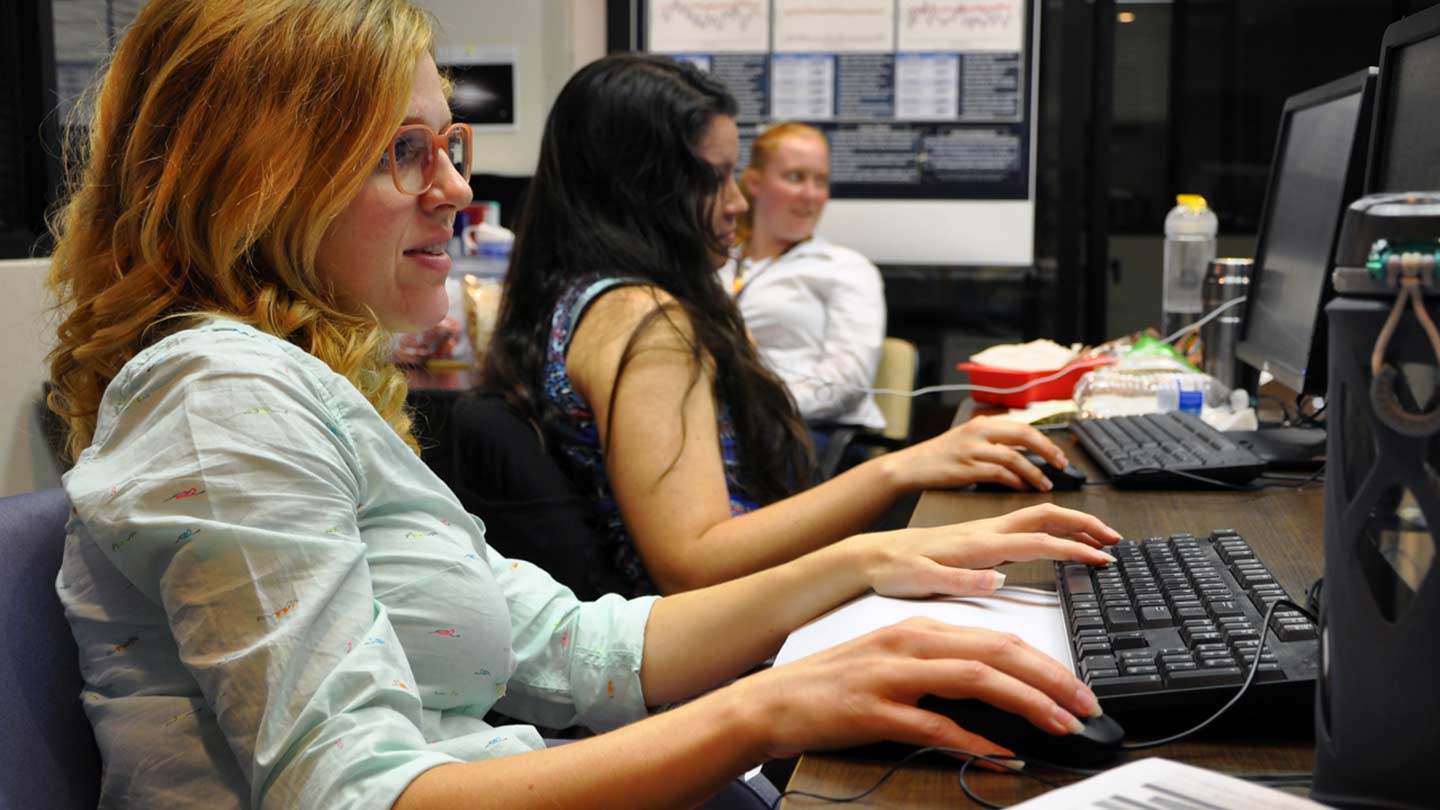 Dawn White puts finishing touches on a presentation explaining her summer research project to develop a heat stress index for both Huntsville and San Jose, California.

While taking part in a new summer research program, former B-1B bomber mechanic Dawn White learned that when summer temperatures hit their peak, living alone is a bigger issue in San Jose, Ca., than it is in Huntsville.

That was one of White's research findings as she participated in a summer program designed to encourage minorities to consider careers in science (especially atmospheric science), math, engineering and technology.

White, an undergraduate Earth system science (ESS) student at UAH, is one of six students working in a Cramer Hall computer lab this summer through the participation of both UAH and the Universities Space Research Association (USRA) in a Minority University Research and Education Project funded through NASA's Office of Education.

"I'm developing an urban heat island heat vulnerability index for both Huntsville and San Jose," White said. "I'm trying to identify the factors that have the greatest effects so we can identify the people who are more vulnerable to extra heat events." 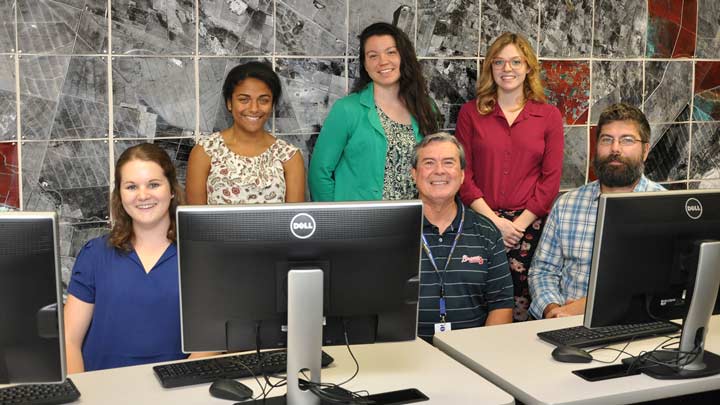 In addition to temperature, she looked at age (the elderly and very young), poverty and the percentage of the population living alone. Temperature and poverty were the two most important factors, but people living alone popped up as an issue in San Jose, although "living alone isn't very significant in Huntsville," she said.

UAH's Earth System Science Center is participating in this five-year education program as a co-investigator with San Jose State University, home of the Center for Applied Atmospheric Research and Education (CAARE); USRA; and Fond du Lac Tribal and Community College in Minnesota.

"We got five-year funding to set up a center to encourage under-represented students to transition into STEM-related career paths," said Rob Griffin, a UAH assistant professor in ESS.

This summer, students are working in Cramer Hall and at NASA's Ames Research Center in California. All six students in the program at UAH are from either UAH or SJSU, although the program is open to students from anywhere in the U.S.

The students are scheduled to present their research findings at 1:30 p.m., Wednesday, Aug. 10, in the Marshall Space Flight Center's Activities Building 4316.

A Connecticut native, White enlisted in the U.S. Air Force and was stationed at Ellsworth Air Force Base in South Dakota as a mechanic working on B-1B Lancer bombers. After four years, she decided she needed a change.

She has family in this area and knew about UAH, so enrolled here as a biology major.

"There was a big struggle to figure out what I wanted to do with my life," she recalled. "Then I found ESS. I found a home here, and I'm enjoying it. It's been a good fit for me."